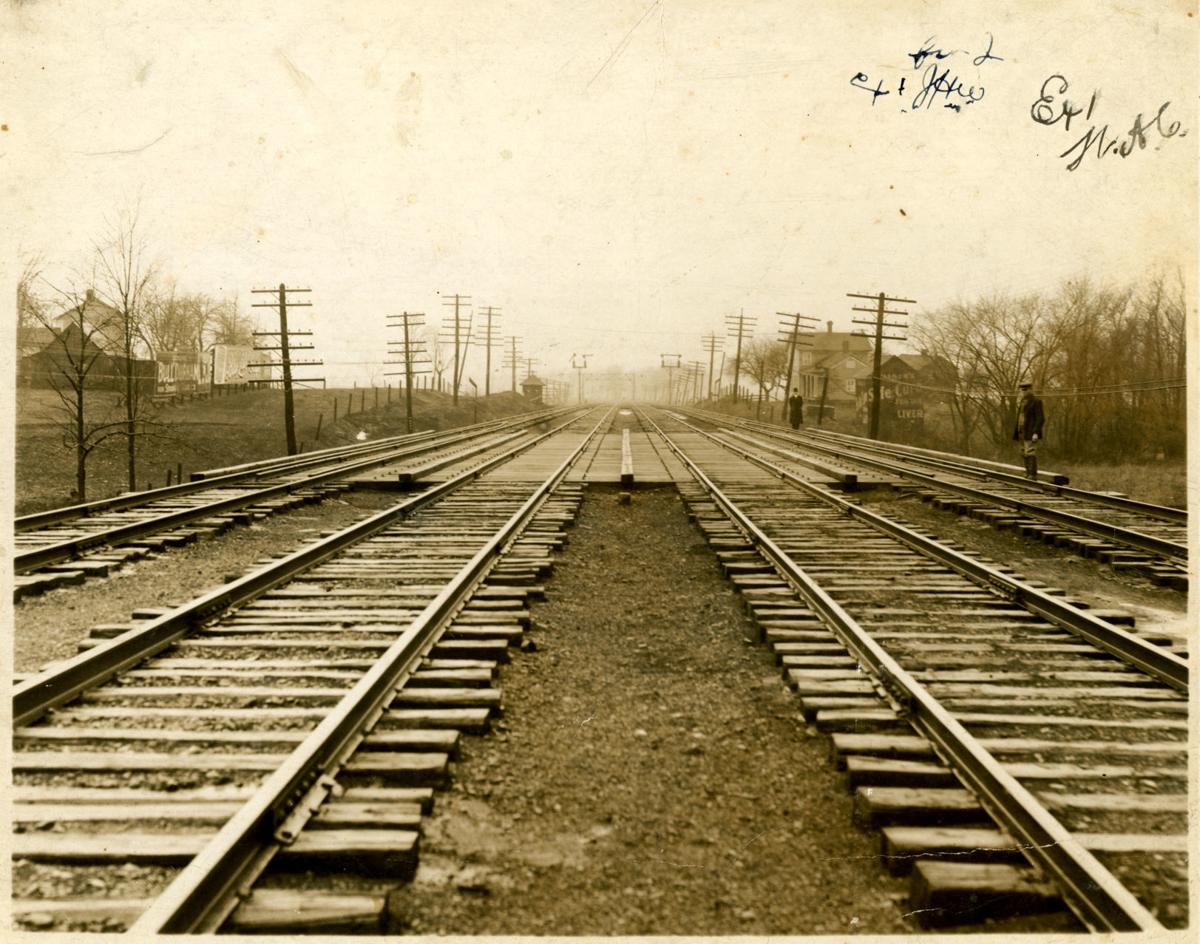 Railroad tracks looking west from the bridge over the creek toward the Conquest highway.

Last month I wrote about North Port Byron, which could be described as a place that the construction of the railroad created in the 1850s. This month I want to cover Centerport, which was a small hamlet created by the Erie Canal. It is likely that the name came from its location halfway between Weedsport and Port Byron but no one really knows for sure. If you are not sure where Centerport might be, it lies on the town line that divides Mentz and Brutus.

Some histories like to note that in the early days of the canal, Centerport was built as a rival to Weedsport but failed. It is possible that there is some truth to this as an 1834 survey and map of the Erie Canal shows that Weedsport was not that much bigger. Whatever the reason for its beginning, the key feature of Centerport was the intersection between the road that led to Auburn and the canal. If you think about it, all our canal villages have roads that lead to Auburn as that connectivity was very important to both the canal and the city.

The 1834 map shows about 12 buildings in Centerport and notes a grocery, and a couple storehouses. The 1853 county map shows that the hamlet had grown to about 45 buildings and that it had grown large enough to acquire a second street. The 1859 map includes a small inset that provides more details. Aside from the grocery and storehouses, the main business was the manufacturing of grain cradles by Charles Clow. If you don’t know what a grain cradle might be, make plans to visit the Ward O’Hara Agricultural Museum in Owasco when it reopens as they have a fine collection. But they are basically a scythe with some wooden fingers that help to collect the plants as you cut the wheat or other grain. This business lasted throughout the second half of the 1800s. The 1875 map notes a day-boat barn, which was a place where canal horses or mules were stabled for use on boats that did not carry their own animals.

The hamlet never really grew any larger and that was likely due to the growth of the neighboring villages of Weedsport and Port Byron. There was little need for three villages in a 3-mile stretch along the canal and the 1904 map shows this decline in activity. In the early 1900s, grain cradles went out of fashion, the canal was abandoned, and once the school centralized in 1938, the local schoolhouse was closed. In 2011 the town of Mentz abandoned its rights to the unused second road. These days Centerport is more known for the nearby aqueduct and canal park.

Centerport was not unique in anyway. These small canal-side settlements were very common in the early days of the canal as everyone wanted to be located along it. To the east of Weedsport, the settlement of Cold Spring Pump was built up around the fresh-water spring and the canal. The early maps even show this area as Fountainville, although there isn’t much anything like a village there. It just goes to show how hopeful everyone was in that exciting time.

Going back to last month’s column, I was pleased to receive a call from a very nice lady who said that her grandfather had been killed in 1913 by a train in North Port Byron. Her grandfather and his uncle were walking to work along the tracks and somehow got in front of a fast moving train. The family later sued the railroad and this led to an investigation which caused photographs to be taken of the accident scene. She wanted to know if I could identify the place of the death, which I did, and she allowed me to scan the three photos. Although the photos focus on the train tracks, they do give us a look at what the area was like in 1913.

I am always amazed at what history is out there waiting to be rediscovered. I posted these on the Lock 52 Facebook page.

You might have noticed some activity around the mural on the wall of the old Shopping Guide building. The well-known muralist Dawn Jordan has returned to do some touch up work. We are so pleased that Mr. Green gave her permission to do this work that will extend the life of this well-regarded mural. This mural is one of many found along the route of the old canal. Check out Mural Mania for more information.

Railroad tracks looking west from the bridge over the creek toward the Conquest highway.