There is a photo in our Lock 52 Historical Society archives that shows the downtown area of Port Byron festooned with flags, bunting and banners saying, “Welcome Brave Boys.” What we are seeing is the village in preparation for the August 1909 Northern Central New York Volunteer Fireman’s Convention. This annual convention traveled about the Northeast and brought together men from many volunteer companies. Of course, this major event was given front-page coverage in The Port Byron Chronicle, so even after all these years, we can learn what took place.

The annual convention was a mix of business and fun. On the first day, about 80 officers and representatives of the many volunteer groups attended meetings to carry out business. While they heard speeches, approved of minutes and did other typical business things; outside on the streets, between five- and six-thousand people were descending on the village. They came by trolley and train, and horse and buggy. Because once the business meetings were over, there would be parades, concerts and competitions. There would be food to eat and many things to drink. In all, there were 26 companies and 14 bands in attendance.

The 1909 convention almost did not take place. A newspaper report from March 1909 noted that the village (or the firemen) had raised only $200 of the needed $1,000 to $1,200 to host the convention. The fact that the firemen tended to consume large amounts of booze was running headlong into the temperance movement (anti-alcohol) that was sweeping over the land. In fact, by 1907, the “drys” had been able to restrict all sales of alcohol in the village to the hotels. So, for some, playing host to many thousands of merry makers was not to be tolerated. And yet by April, somehow the event had been rescheduled in the village.

All conventioneers need to be warmly welcomed by the local dignitaries. So, when the firemen showed up for their party in August, they were greeted with somewhat dry speeches. One speaker said, “I must caution the visiting firemen to be careful about what Brother Smith called the ozone. The last time the convention was held some of the boys had so much of that ozone that they did not reach home for three days.” Not to be too obscure, the same speech maker noted, “that the fireman should make a cast iron rule in favor of good conduct while attending convention.” “One bad actor spoils a play,” he noted, “and one intoxicated member brings discredit on a whole company.”

James Hearn, a local man and the president of the fireman's association, took a somewhat opposite stance to the temperance crowd. He said, “Of course a convention costs a lot of money; there is a lot of work and worry about it. Everyone is glad when it is over with, but firemen get little enough of pleasure, little enough of praise and commendation in return for the risk they incur and the labor they perform. They deserve a day or two of pleasure each year; surely they earn it.” There was no follow-up on how many men were troubled by the ozone, so we can assume everyone was well-behaved.

The Northern Hotel that we see in the photo is interesting. The 1907 law restricted the sales of booze to the hotels, which might be the reason for this hotel. In 1906, this building is listed as a saloon. So once the law went into effect, it may have been easy to switch to be a hotel. Or maybe it was converted only for the convention. A quick search shows that it wasn’t around for very long. Two years after this photo was taken, it is listed as a closed restaurant.

The Lock 52 Historical Society is pleased to announce that thanks to a very generous donation from the family of the late Wesley Mills, we will be able to copy and digitize years of old newspapers that have not been readily available to the public. These newspapers include The Port Byron Herald, The Port Byron Gazette, The Port Byron Times and The Port Byron Chronicle. Some of these are already on microfilm, and others are “real paper” papers. All will be digitized and then made available through the Seymour Library digital archives and also on our Lock 52 Historical Society site. The goal is to offer the researcher more years, and clearer copies. Once this project is completed, we will be digitizing years of the old Orange and Black, the school newspaper from the 1920s and 30s. If you happen to have copies of old newspapers or the Orange and Black, drop us a line. We are very excited to be doing this, and it is another reason of why your membership is important in supporting local history.

Colorful legacy: One of Auburn's oldest businesses is brushing back COVID-19

"In the beginning, I wanted to make sure the business survived. But now I want to make sure I survive, because I'm working harder than I've ever worked." 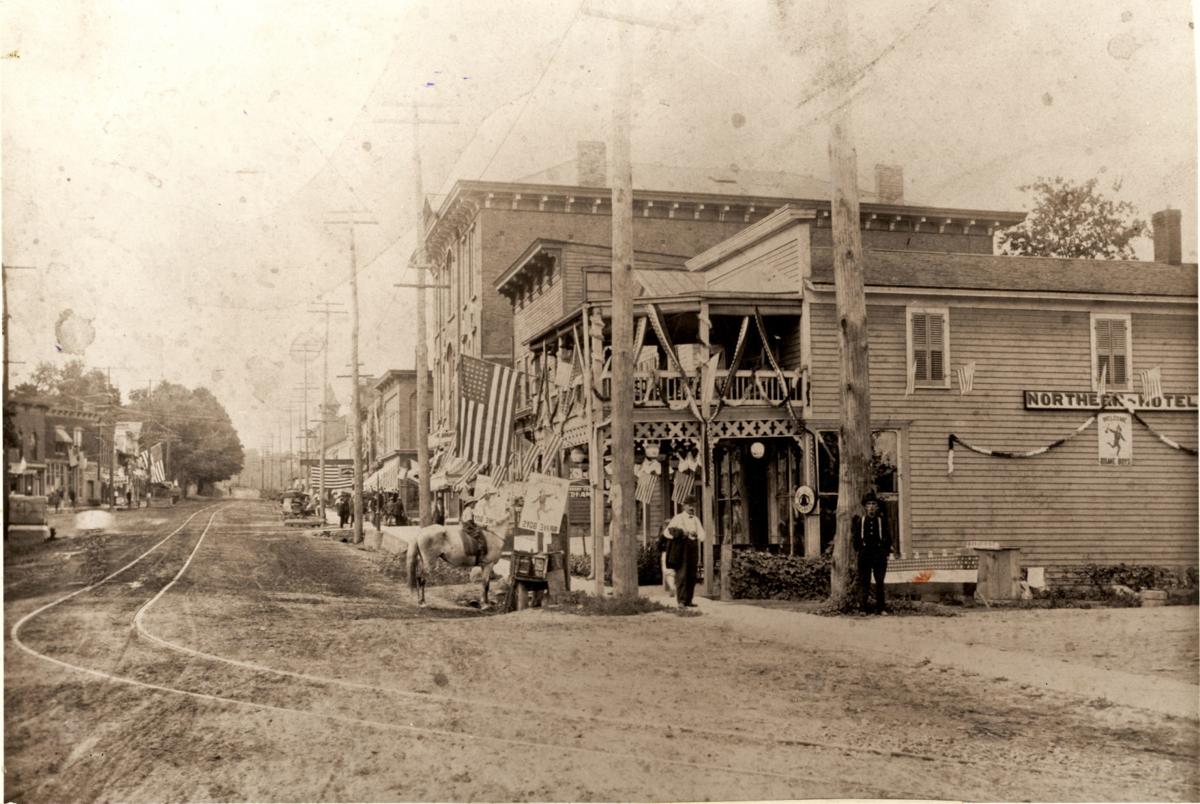