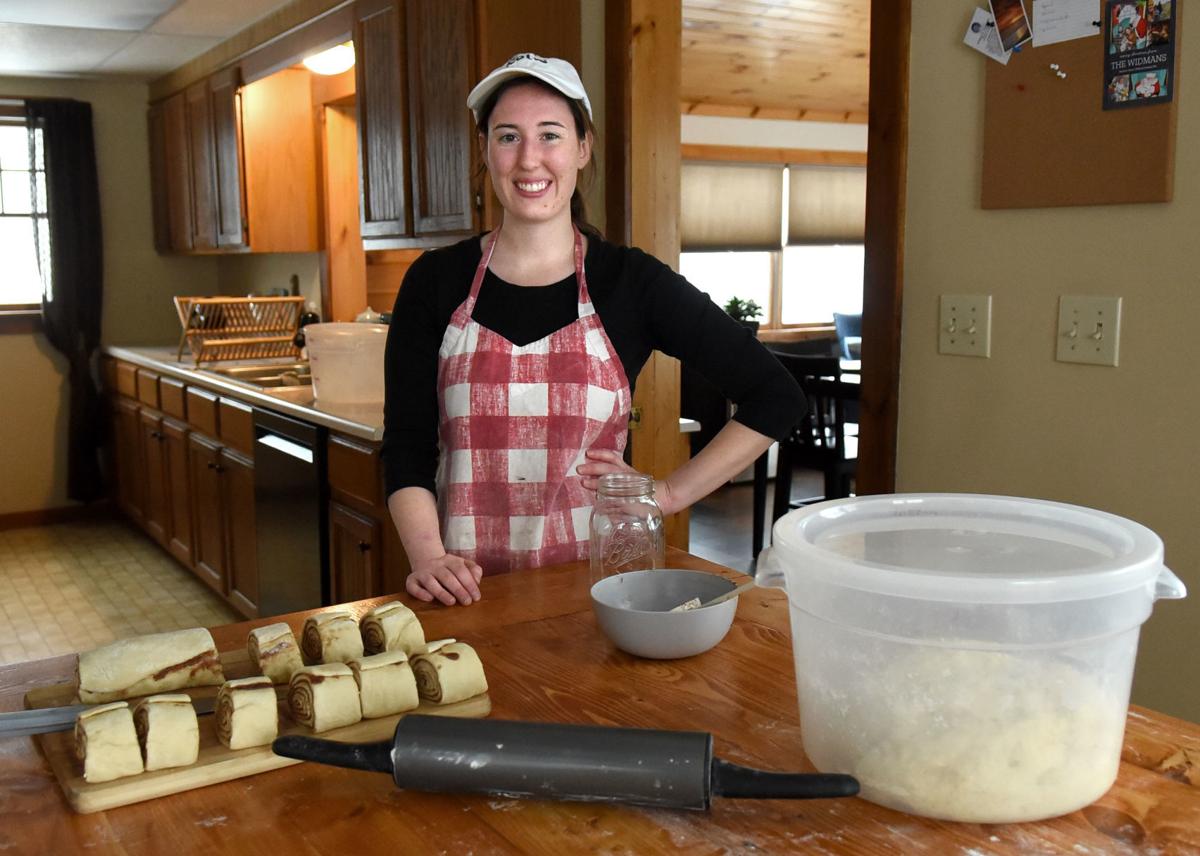 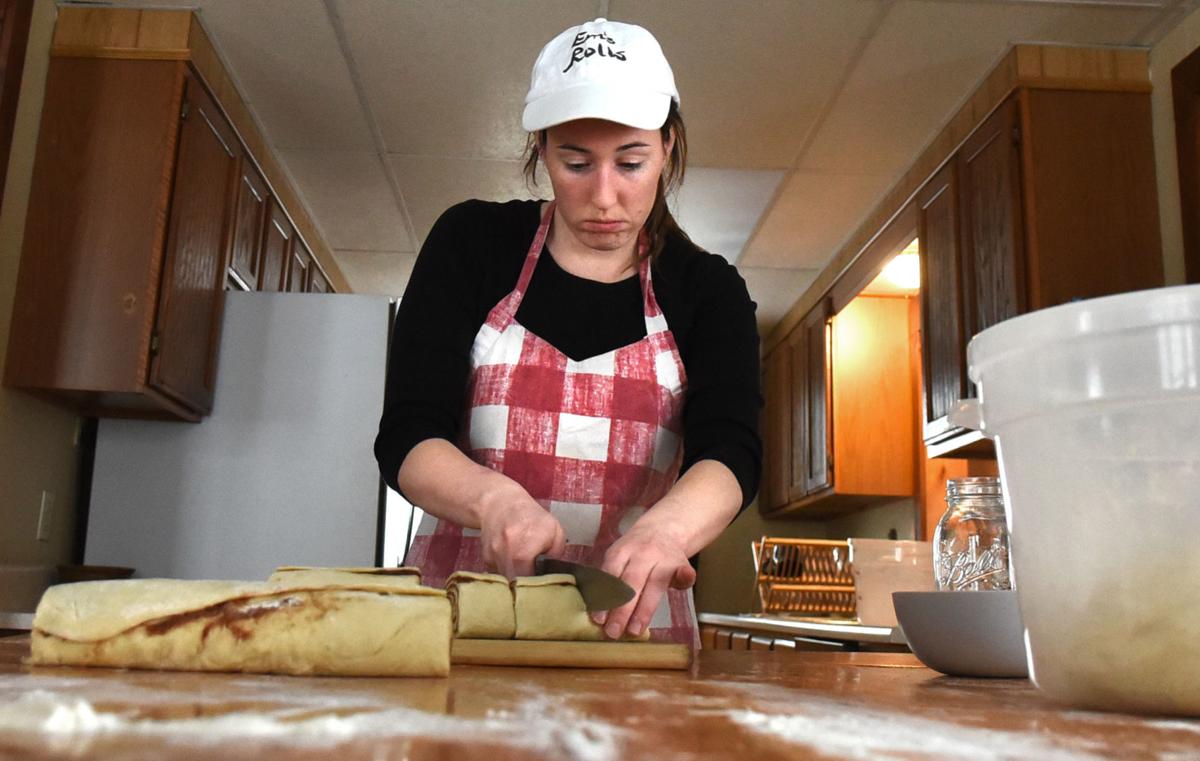 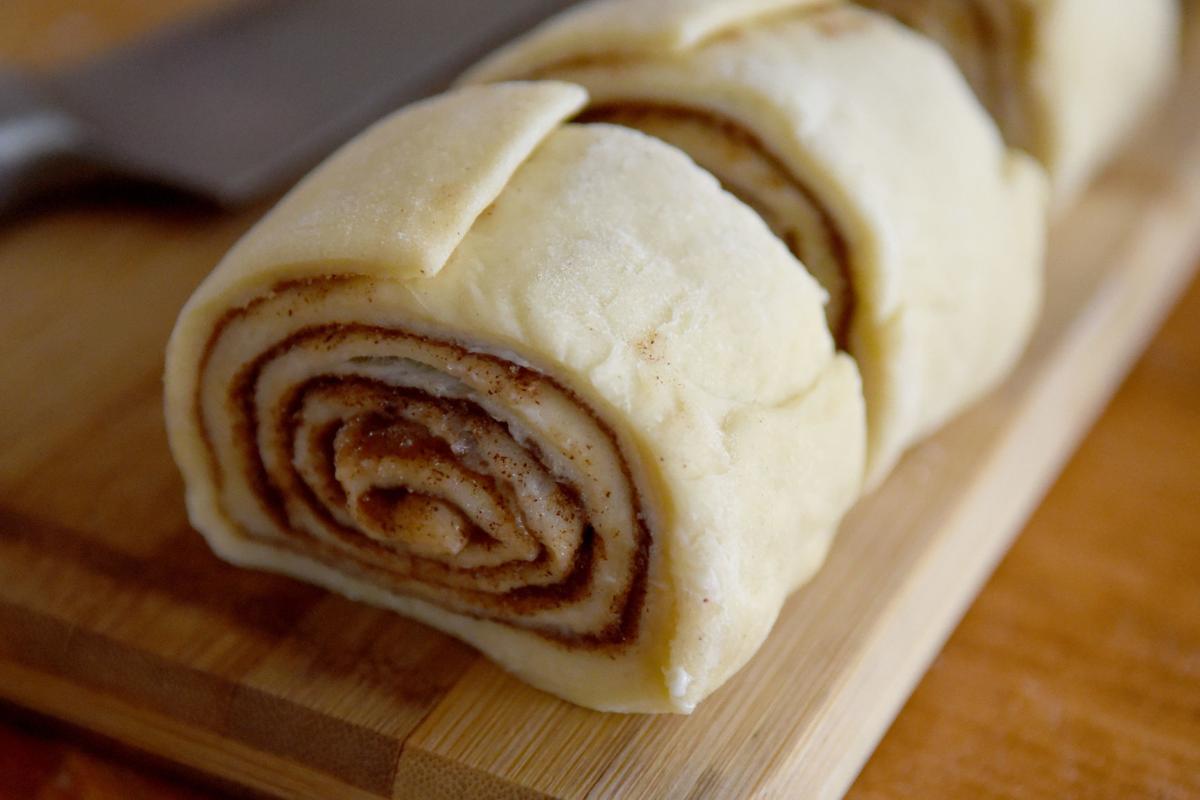 Emily Alexander runs her bakery, Em's Rolls, out of her Auburn home. Cinnamon rolls are one of her specialty items.

After a few months of running her bakery, Em's Rolls, Emily Alexander was able to gather enough money to move out of her parents' house and live on her own.

Alexander, who now runs the business out of her Auburn home on Hockeborne Avenue, started it in June 2019. She began by selling her baked goods at the Owasco Farmers Market and events at the New York State Equal Rights Heritage Center. Her family pushed her to try out a baking business, she said, and her brother and mother brought her baked goods to their respective jobs. The positive feedback she received encouraged her to try the summer events.

Alexander eventually realized she could make a living through her food, and made Em's Rolls her full-time job by the end of August.

"I kind of felt like I had nothing to lose," Alexander said. "I figured, 'I'm 24 years old and if there's a time to try to do something kind of reckless like this, a little bit risky, this is the time to do it.'"

Now 25, Alexander said her specialties include cinnamon rolls and focaccia, an Italian bread. She is also passionate about making sourdough bread. The business does not have a storefront where people can buy her products, she said, but those interested in them can order from her website, emsrolls.com, or sign up for her "bread club" email list. People on the list will get weekly emails with a menu they can order from. Alexander also continues bringing food to farmers markets and other events, some of which have continued into the winter months, she said.

WHAT: Em's Rolls sale at MacKenzie-Childs

Drawing boundaries on how much work she is willing to do helps her balance her workload, Alexander said. She used to never refuse orders, but is now more clear with people on her ordering process. While Alexander's family helps her a little, she does most of the work herself, she said. When she isn't baking, she often finds herself working on related tasks such as cleaning and buying ingredients. She tries to source locally as much as possible, she added.

"What I tell people is, 'I am the baker, I'm also the bookkeeper and the head dishwasher,'" she said. "I do all of it, so it really is difficult to balance, but setting the clear boundaries has been key."

Alexander averages about 20 private orders a week, not including the food she brings to public events. She said she normally sells out at events.

Two of her most loyal customers are a mother-daughter duo. she said. They would regularly buy two loaves of bread and some cinnamon rolls at the Owasco market over the summer, Alexander continued, so seeing them always made her smile. She also recalled receiving emails from a customer who praised her products. That sort of feedback "makes every single hour I pour into the business totally worth it," she said.

Alexander thanked her parents, Sue and Tom Alexander, for their support. She hopes to expand into like-minded shops and co-ops, and possibly the Syracuse area. She said she's excited to take on summer events this year now that she has more experience. While she was afraid when she dove into the business full-time, she feels it was the right decision.

"I was like, 'I never want to see another cinnamon roll again' at some points, just because I didn't know if I could do it, and it was really scary," Alexander said. "I didn't feel like I should stop. I'm not much of a quitter."

You can run an at-home bakery in New York state.

The Citizen's top five most-read stories of the work week. The list includes stories about an Auburn bakery, a minor accident involving school…

Emily Alexander runs her bakery, Em's Rolls, out of her Auburn home. Cinnamon rolls are one of her specialty items.