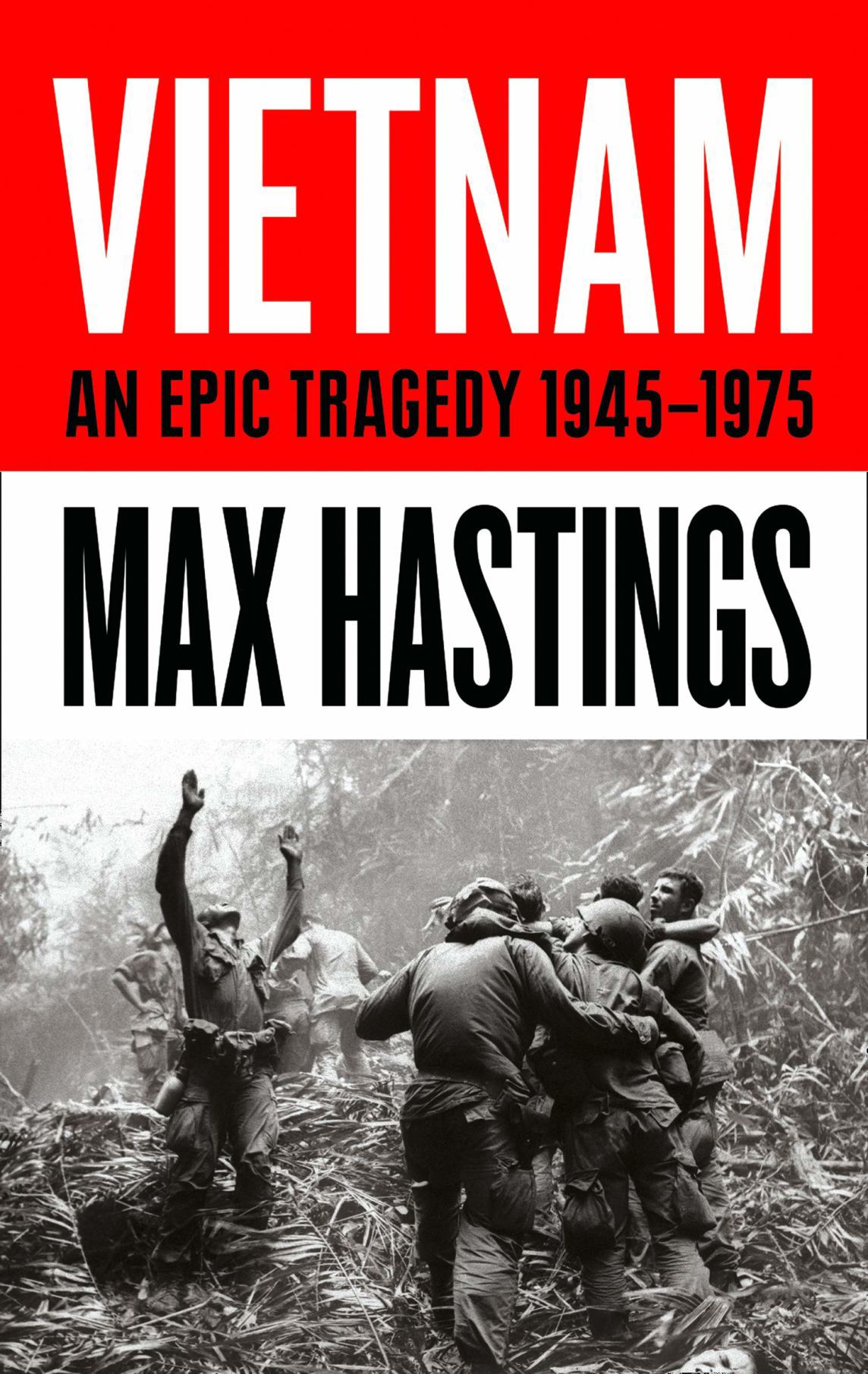 Max Hastings, a British historian, has written what may be the definitive book in English on the Vietnam War: "Vietnam, An Epic Tragedy, 1945-1975" (Harper Collins, 2018, 857 pages). Hastings, who was born in 1945, has written many books on war. He was on one of the last helicopters out of Saigon. This is a difficult book for an American to read. For readers born since 1975, it is an education.

According to Hastings, the last chance to avoid a quagmire was in January 1965. In the presidential election of 1964, Lyndon Johnson had defeated Barry Goldwater, the more bellicose candidate, by a landslide. At his inauguration Johnson might have announced, “We cannot back a failed state; we are leaving.” Probably, the American people would have accepted that. But in March 1965, Johnson committed American troops to combat — and most of the American people approved.

American involvement in what was called Indochina went back to 1945 and Harry Truman’s decision to help France restore her colony lost to Japan in World war II. France’s 470,000-man army, composed of professional soldiers, Foreign Legion and colonial troops (no draftees), used American equipment and wore American helmets. France was an ally, while the Vietnamese independence movement was backed by communist China.

After the French defeat at Dien Bien Phu in 1954, Eisenhower was inclined to intervene, but found no allies nor congressional support. Chief of Staff Mathew Ridgeway predicted that any such effort would take half a million men and five years. The 1954 Geneva Accords divided Vietnam into North and South Vietnam, at the 17th parallel. Almost immediately, American dollars began to pour into South Vietnam.

Along with the Bay of Pigs, Eisenhower bequeathed to the young John F. Kennedy the domino theory. This held that if South Vietnam fell to the communism, most of Southeast Asia would follow: Singapore, Malaysia, even Australia and New Zealand, not to mention Laos and Cambodia. The first big escalation occurred under Kennedy. At his death in November 1963, there were 16,000 American advisors in South Vietnam.

To this day, there are people who think that American intervention did give would-be revolutionaries pause, and governments time to make changes, and that Americans would have succeeded if they had gone into Vietnam faster and more heavily than they did.

The watershed moment came in 1968 with the Tet Offensive — arguably, in terms of casualties, a communist defeat — but an event that gave the lie to the optimistic propaganda about how the war was going. Public opinion turned against the war. Johnson, now a lost leader, announced he would not be a candidate in the presidential election in November.

It is hard to read about the disintegration of the American military. Caught in an aimless war, vilified by the American public, many Army and Marine units descended to what can only be called mutiny. At one extreme, the soldiers at Firebase Mary Ann in March 1971 had grown too lethargic to even defend themselves and were summarily massacred. Only Army and Marine air crews performed their duties unflaggingly. It took 15 years to rebuild the Marines and Army, Hastings writes.

Even sadder, perhaps, was the fate of the Vietnamese people. American intervention had never been about them. Battles tore up the age-old countryside. The Americans wore the same helmets as the French; it felt like another colonial occupation! GIs had their boots shined by Vietnamese men. Huge Americans coveted tiny Vietnamese women. Things had not changed!

Of the thousands of Vietnamese who had worked for the Americans, a relative few managed to get on board American ships after the fall of Saigon in 1975. Vietnamese President Nguyen Van Thieu felt betrayed and abandoned. He appealed to President Ford to fulfill promises of help; Ford did not want to cause “a congressional crisis.” Even Henry Kissinger, the Machiavellian secretary of state who had negotiated the peace settlement, was disgusted. It was defeat with dishonor.

Lyndon Johnson let notions of “manhood” and domestic politics cloud his thinking. The American public, which the author notes has never been bombed, allowed itself to be led too easily down the path to war. Not that the other side was any better: Le Duan, the North Vietnamese leader, was a Stalinist in the mold of Robespierre who led his country mercilessly into war, collectivization and poverty.

In the end the American people put it all behind them.

CEDA: Give a dose of dollars to new, small businesses during COVID-19

Cayuga County’s economy is not immune from COVID-19. Despite the major challenges the virus has brought, our area has experienced a rapid rise…

How urban renewal in Auburn shaped me as an urbanist, part two

One warm summer’s day in 1974, when I was a college kid interning as a cub reporter at what was then known as the Auburn Citizen-Advertiser, I left the paper’s new building on Dill Street in downtown Auburn and walked three blocks to the City Hall on South Street to cover a meeting of the City Council — or, to be technically accurate, the Auburn Urban Renewal Agency, or AURA, which was an offshoot of the council.

Information about Skaneateles Lake is now available on a new website created by a partnership between local municipalities, the city of Syracu…

When I think of November, "gratitude" is the first word that comes to mind. In the big picture, we are grateful to God who created the world a…

ICU doctor: I'm very scared for my neighbors, my own family

ICU doctor: I'm very scared for my neighbors, my own family