Become a Member
Read Today's E-edition
Share This
Shepherds of the hops: Father and son open new brewery in downtown Auburn
Share this
1 of 5 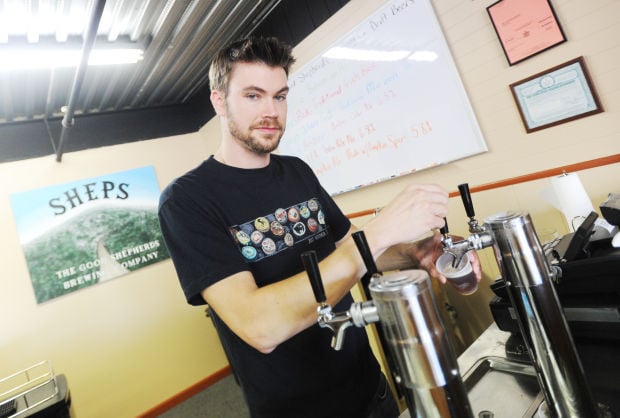 Garrett Shepherd pours a sample of his Irish red ale Friday at The Good Shepherds Brewing Co. in Auburn. 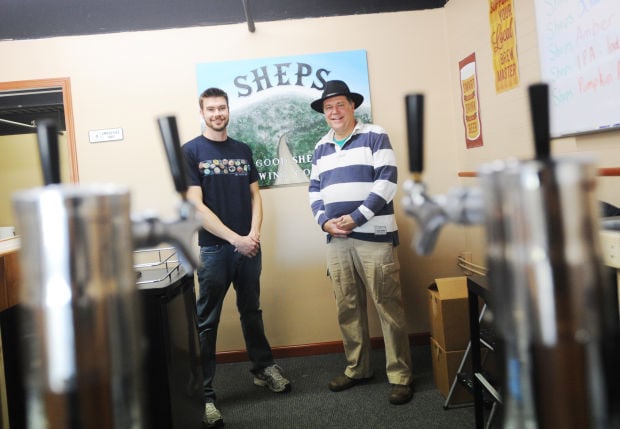 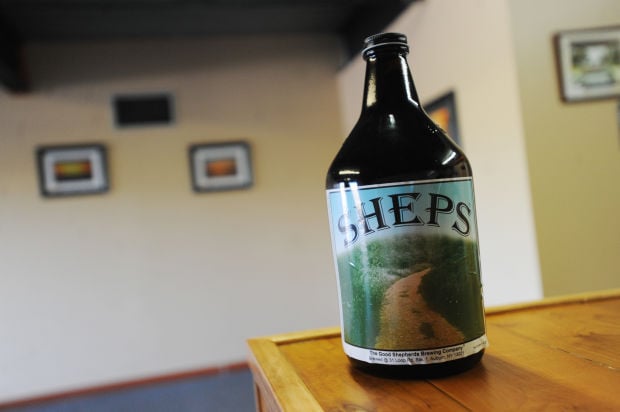 Growlers are available at The Good Shepherds Brewing Co. in Auburn. 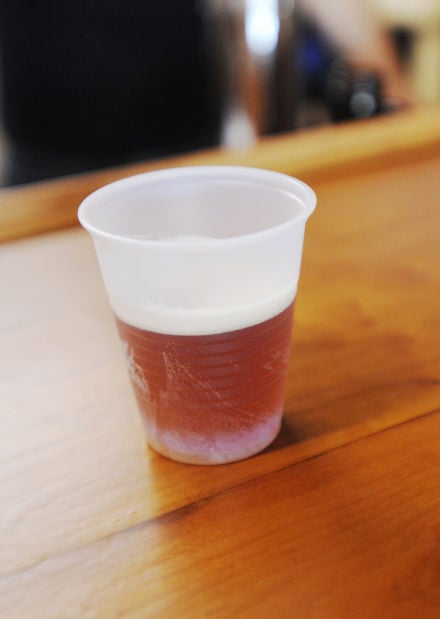 With six rotating beers on tap, flights are available at The Good Shepherds Brewing Co. in Auburn. 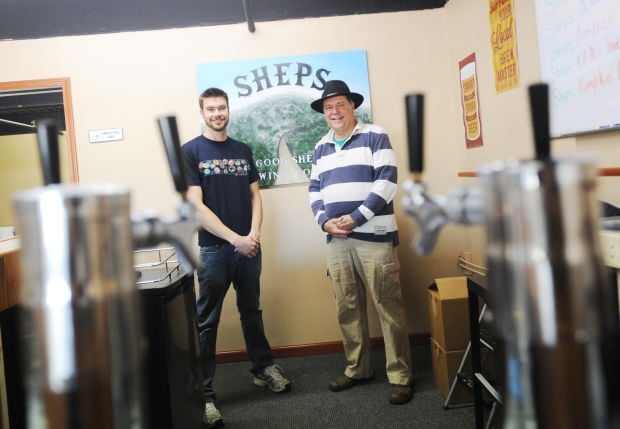 Garrett Shepherd, left, stands with his father, Bob Shepherd, in 2014 at The Good Shepherds Brewing Co. in Auburn.

AUBURN | The craft beer scene has been washing over America for several years now, but you wouldn't know it in Cayuga County: Before 2014, the area was bereft of breweries.

That officially changes this weekend with the opening of The Good Shepherds Brewing Co., a nanobrewery owned and operated by the father-and-son duo of Bob and Garrett Shepherd.

Located at 31 Loop Road, next to Year of the Dragon Tattoo and below Pawn King, The Good Shepherds serves Sheps pilsner, Irish red, an October fest, amber ale, India pale ale and pumpkin ale, all concocted by Garrett with knowledge he picked up on a nine-month study at the American Brewers Guild in Middlebury, Vermont, in 2006.

Prior to that, his interest in brewing was piqued when he made a hard cider using apples from Owen Orchards in Sennett. The draw, he said, was "the creativity portion of it, formulating your own recipes, and also the chemistry and biology of it all, with how the yeast reacts to the sugar."

Garrett and Bob formed their LLC in 2007, but the economic downturn of the late-'00s stalled their hopes of turning hobby into business. In 2013, however, Garrett set for himself a goal of opening The Good Shepherds this year. He and Bob worked with architect Michael Palmieri to find the Loop Road space, then set about acquiring licenses and installing brewing equipment.

The setup went down smooth, but not without some hiccups. Not only did the Shepherds have to run a 10-inch ventilation pipe up through the Pawn King to the building's roof, but they also had to scramble to file fingerprints with their license application when they learned at the 11th hour that they had to be provided within a week of the form's submission. Otherwise, their $1,800 application fee would have gone down the tubes, Bob said.

"We had to fire drill to get the fingerprinting," Bob said.

A month ago, The Good Shepherds was ready to begin making beer. As a brewer, Garrett characterizes himself as a traditionalist who focuses on English-style ales. Though his Scottish and Irish red ales are specialties, he approaches them the same way he approaches his Märzen (October fest), his pilsners and his porters.

"I did historical research on it all, figured out the style guidelines, and just lived within the parameters," he said.

The Good Shepherds is capable of producing six five-gallon batches at a time, so it'll always have six styles on tap, Garrett said.

Falling below 2,000 barrels a year classifies the operation as a nano-brewery, but the Shepherds hope to become a microbrewery before long. They plan on applying for shipping and marketing licenses in time for CNY Brewfest 2015 in February, Garrett said.

He also hopes Shepherds can become a full-time job — he continues working full-time for Advocates, Inc. in Liverpool, managing services for people with disabilities, even as he opens the pilot brewery, he said.

The Shepherds also hope they can benefit from a surging beer scene in Cayuga County. The Sheps begins flowing not long after the opening of Thirsty Pug Craft Beer Market a block down Genesee Street, with Lunkenheimer Craft Brewing Co. in Weedsport and Prison City Pub and Brewery in Auburn to follow.

"To me it's not competition. It's all about getting beer out there and having people try different beers and enjoying what they like," Garrett said. "They'll have their specialties; we'll have ours."

Bob added, "The more places there are, the more where you are becomes a destination."

WHAT: The Good Shepherds Brewing Co.

Schwartz, Sterling and suds: The Citizen's five biggest arts and culture stories of 2014

The year 2014 was a tremulous one for the landscape of arts and culture in the Cayuga County area. Some of that movement was positive; some no…

Schweinfurth Memorial Art Center organizers didn't have to write the menu for their seventh annual Perfect Pairings fundraiser. The emergence …

Whether it's Prison City Pub and Brewery in Auburn or Brooklyn Brewery in downstate New York, the growth of the craft beer industry has provid…

People at risk of heart disease advised to get flu shot

People at risk of heart disease advised to get flu shot

Garrett Shepherd pours a sample of his Irish red ale Friday at The Good Shepherds Brewing Co. in Auburn.

Growlers are available at The Good Shepherds Brewing Co. in Auburn.

With six rotating beers on tap, flights are available at The Good Shepherds Brewing Co. in Auburn.

Garrett Shepherd, left, stands with his father, Bob Shepherd, in 2014 at The Good Shepherds Brewing Co. in Auburn.