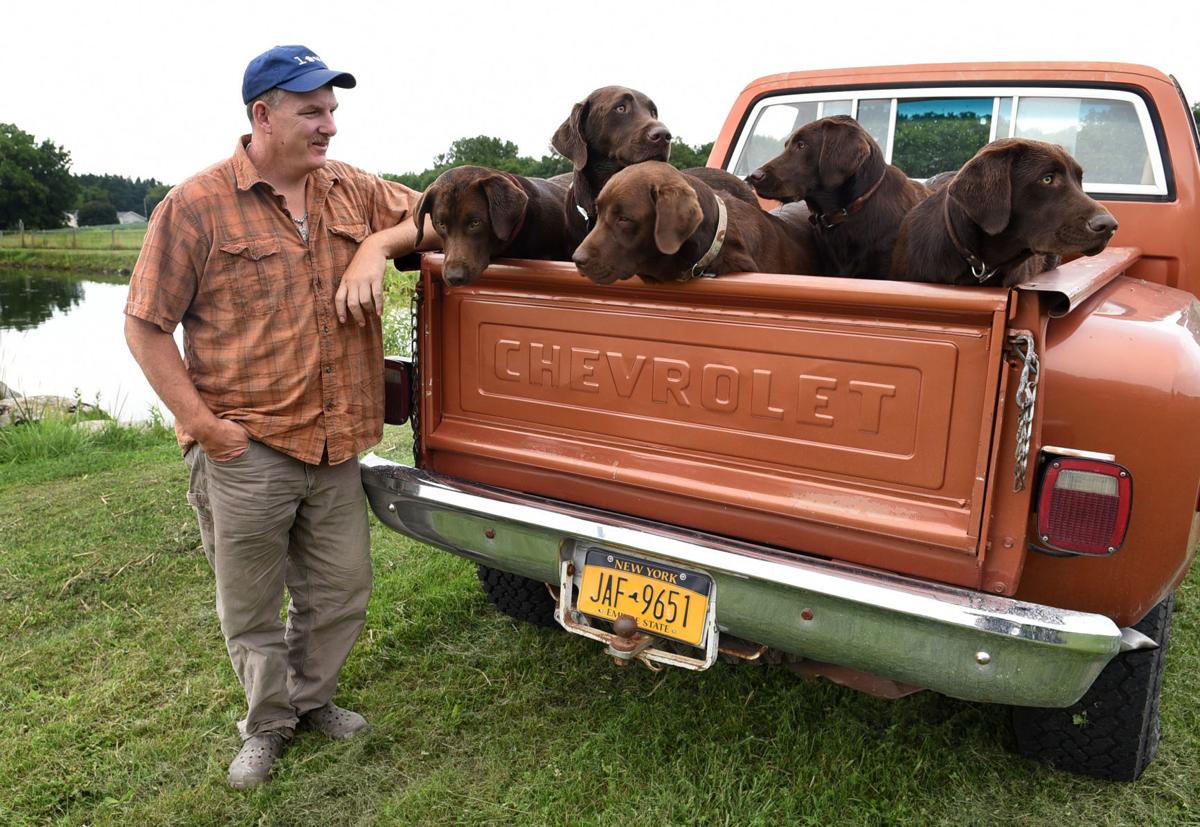 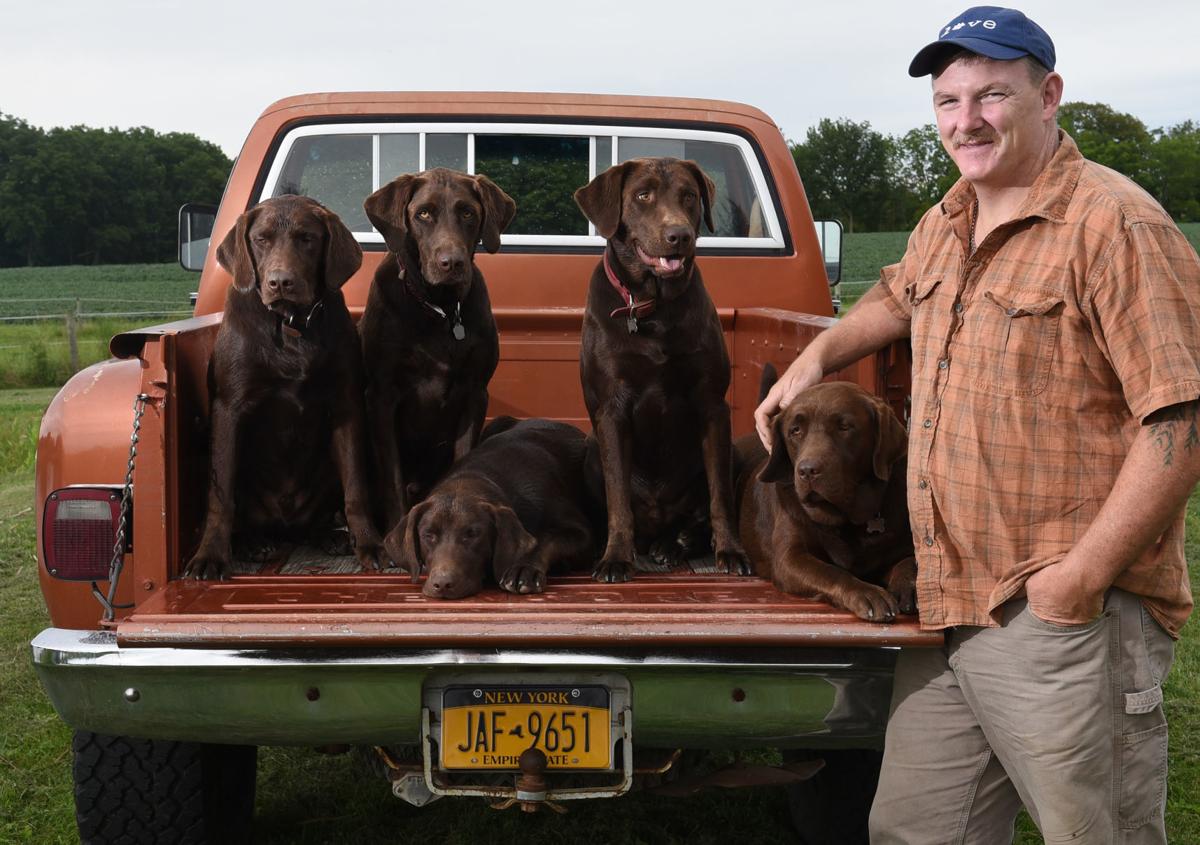 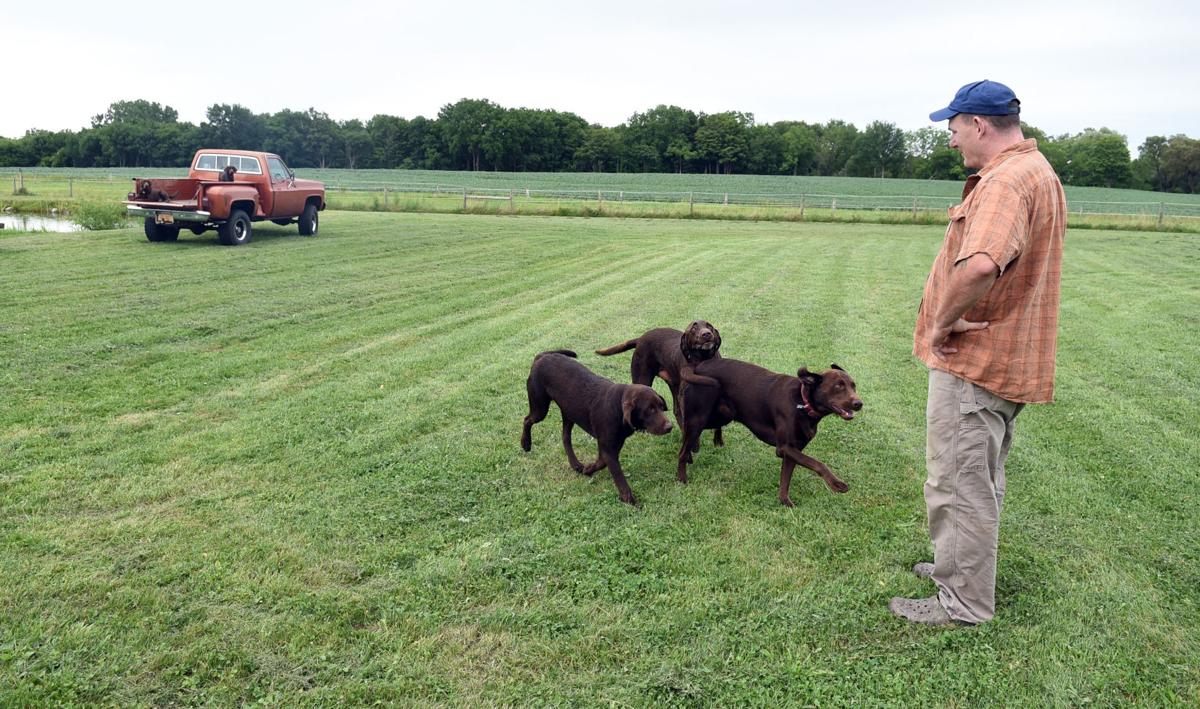 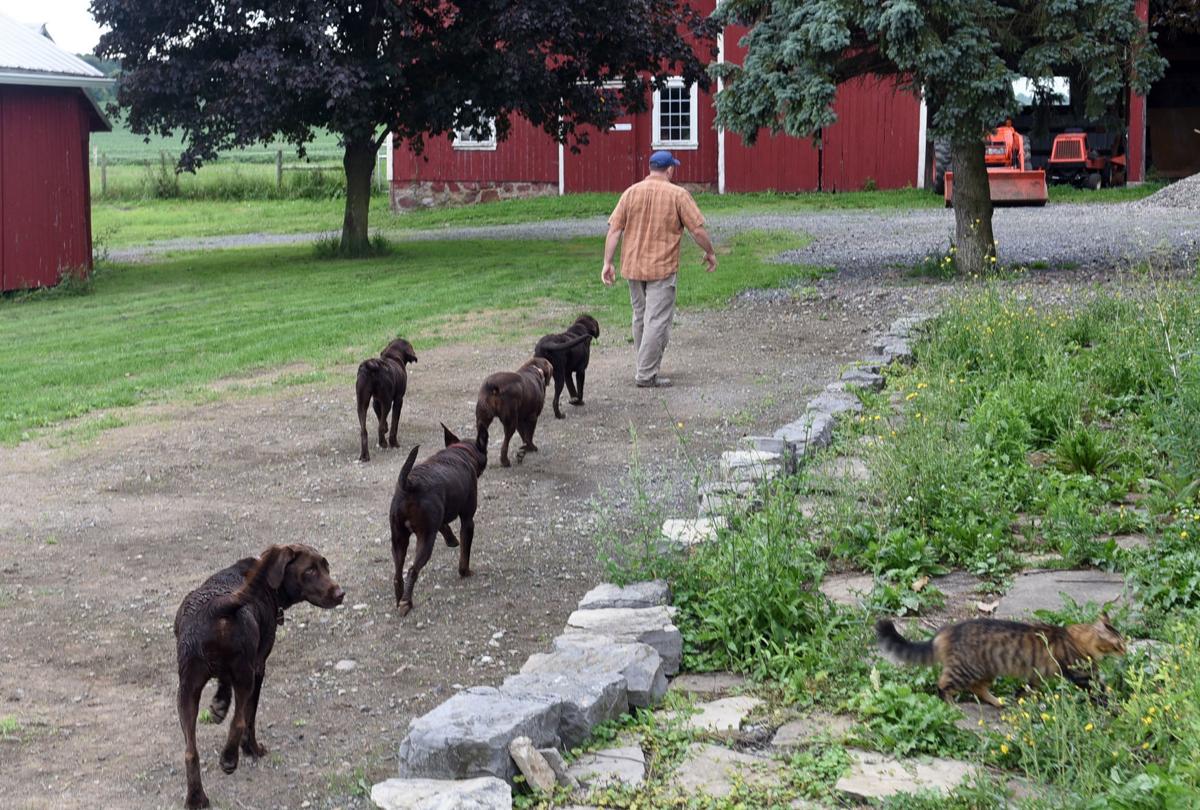 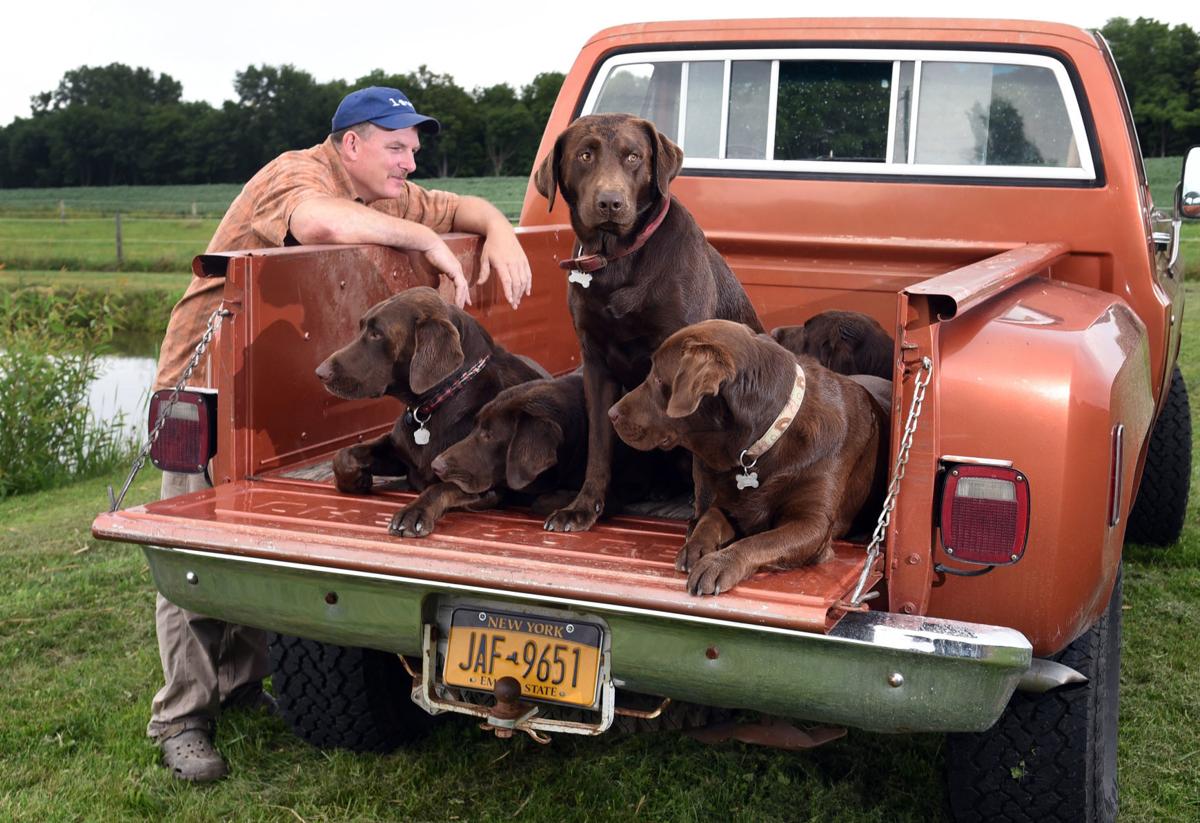 For Fred Horning, training emotional support dogs is about desensitizing them to everything except harsh behavior.

"We're much more focused on the behavior than we are the obedience," he said.

Horning takes the five or six puppies in his care on road trips to Boston and the docks of New York City to expose them to the crashing of shipping crates. However, he makes sure to train them "soft," without using a loud voice. That's because Horning's service dogs will be paired with children with autism, and the dogs need to be emotionally sensitive enough to reflect what the children feel.

"You can tell what the child’s going through by how the dog is. If the dog’s happy and boisterous, it’s a pretty good indication that the child is OK," Horning said.

He breeds chocolate Labs at his farm in Union Springs every two years, and picks two out of every litter to train as service dogs for children with autism — which comes at no cost to the families. Horning said he works with an organization called Paws 4 Ability that chooses the children who receive the service dogs.

Horning chose chocolate Labs for their easy-going and nonthreatening nature, as opposed to another common service dog: German shepherds.

“There’s almost no perceived threat to a Lab. So when you give someone a service dog that already has social anxiety, giving them a dog that keeps people away is not really a way to fix or counteract that social anxiety," he said.

Horning also tries to gradually breed his dogs to be smaller to better accommodate the families, and so the dogs can accompany the children in smaller spaces like planes.

The first thing Horning does to train his puppies is put them in a car to go on long rides, and bring along his four adult Labs to demonstrate calm behavior. The puppies also learn to track scents if their child ever goes missing, show their teeth with a disguised command if the child ever feels threatened, and bark at the scent of human urine.

Another part of the desensitization training involves hanging around a couple of barber shops in Syracuse so the dogs can get used to all kinds of physical, racial and cultural diversity.

"It’s very easy to raise a pup in your little nucleus of your world, and then the pup freaks out when it sees somebody that’s over six-and-a-half-foot tall or somebody that wears a western cowboy hat or somebody whose skin’s a different color," Horning said.

One of the dogs in the pack, T.J., is Horning's own PTSD service animal. Horning was electrocuted 13 years ago while on the job repairing telephone lines, and sounds of crackling and popping bring back traumatic memories. “I spent an unbelievable amount of time in a hospital bed, in my head," he said.

But, once he got home, Horning's dogs didn't care about the physical changes that impacted his own sense of identity. He then went on to train PTSD service dogs before switching to his current training for children with autism.

"I have a quote on my fridge and it says, 'The meaning of life is to find your gift, and the purpose of life is to give it away,'" he said. "And that has been probably 90 to 95 percent of the driving reason why I do this. I want to know that I make a difference."