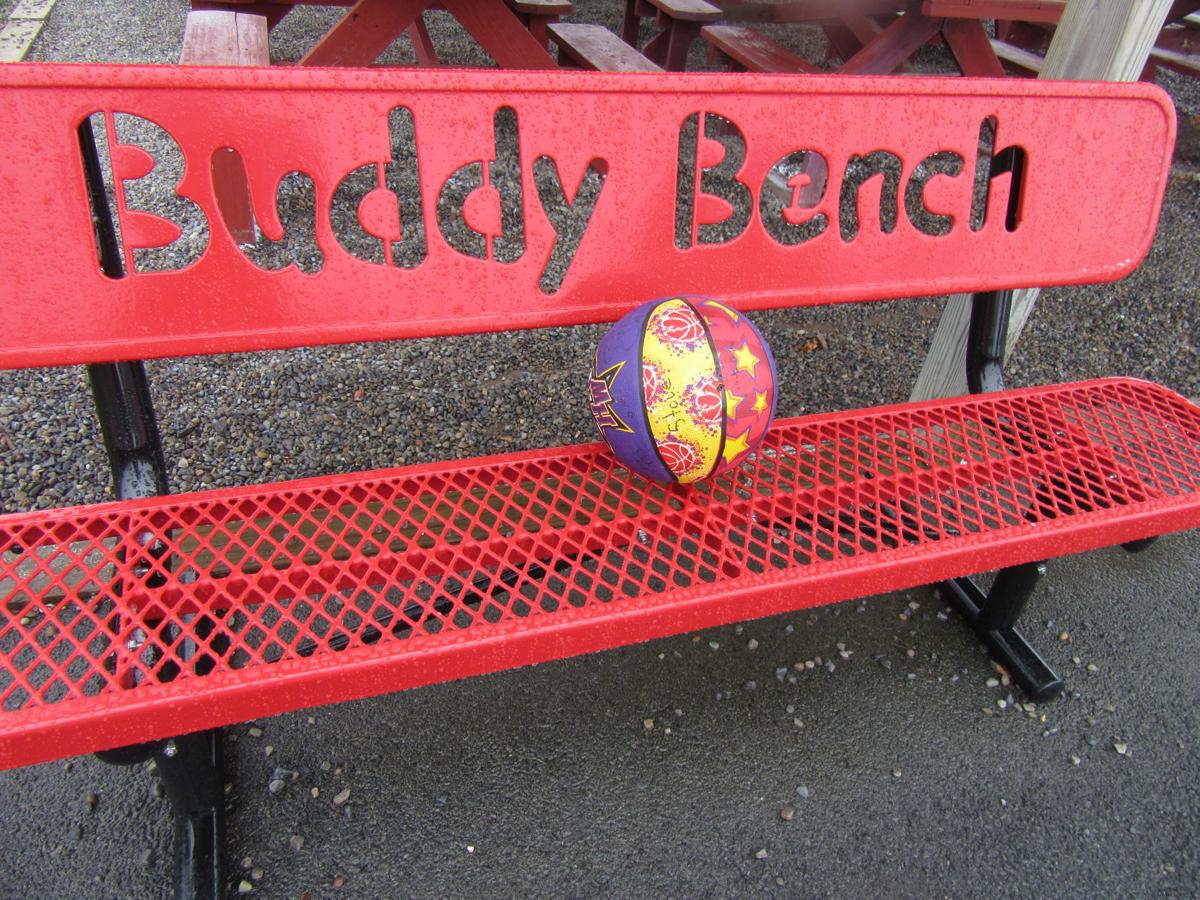 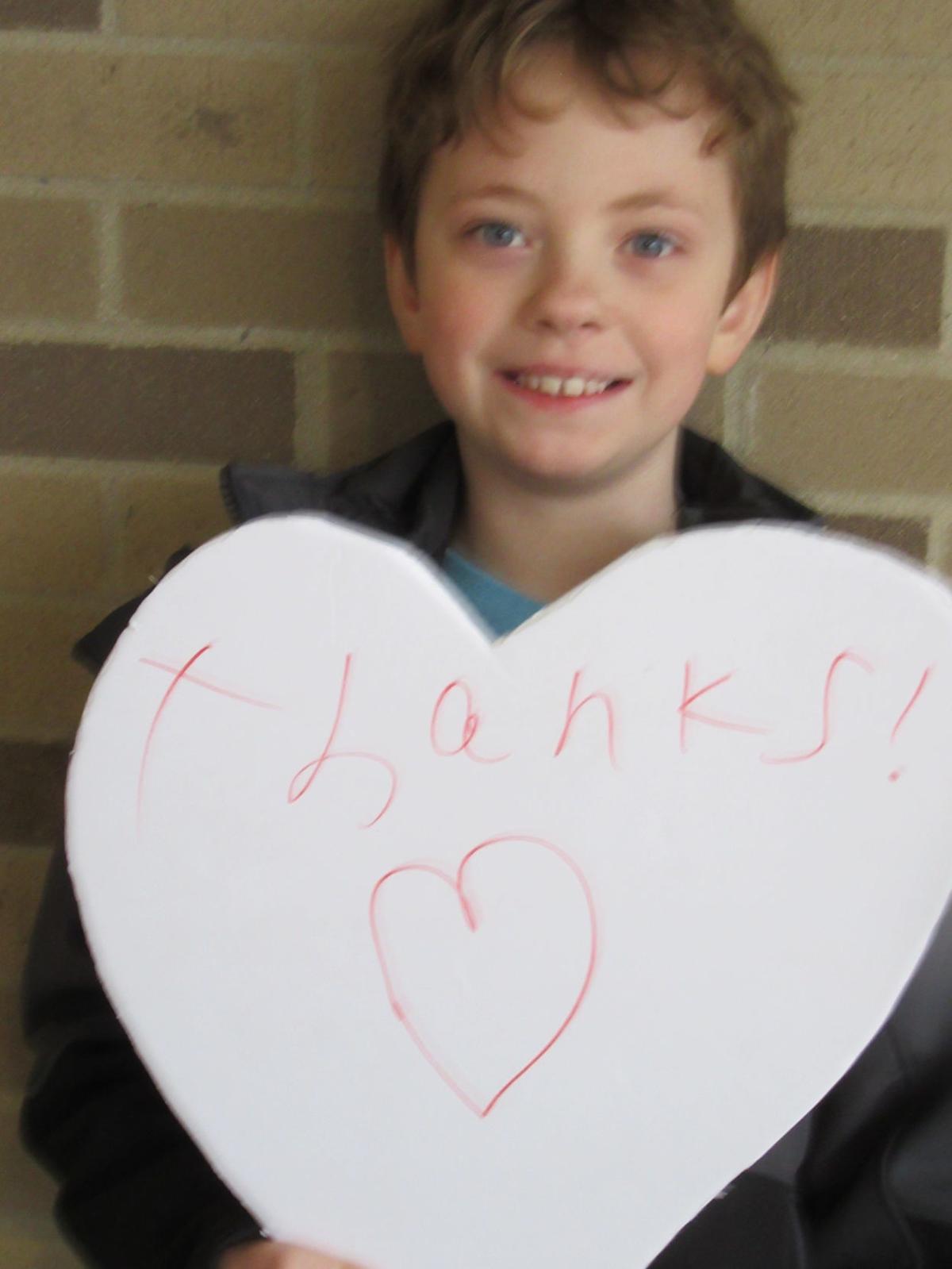 An Emily Howland Elementary School student shares his appreciation for the new Buddy Bench there.

I was looking forward to interviewing Emily Howland Elementary School students about their experiences with the Buddy Bench. Readers of this column will remember that the Buddy Bench was the sixth and seventh grade student council project to provide a place for students to sit if they are without a play pal before school or at recess. The student council had recently made morning announcements and signs to remind students that if they sat on the Buddy Bench, they would not be alone for long — someone would come and invite them to play.

Students from the second grade were my first storytellers. Charlotte began, “I was on the bench. I waited for a while and then Allison came and sat down with me. I was so happy when she invited me to play. She taught me a new game about being a building buddy where kids build things.” Adaline recounted her tale of seeing her friend Ariana on the bench. Adaline realized that she had not invited Ariana to play with her and Jon. When she invited Ariana to play tag, her friend just looked sad and said no. Ariana knew her friend well and asked again if she wanted to play tag. Ariana smiled, said yes when asked a second time, and the girls ran over to the playground to play tag with Jon.

“Everybody needs a buddy at recess. Nobody should be hanging out at cafeteria tables because…

I was beginning to realize that the Buddy Bench not only spawned play but great stories. Fourth grade Mallory’s story was the one that hit the story ball out of the park. “One day I went to the Buddy Bench and a basketball was sitting on the Buddy Bench — all alone. Me and Ashland came up to the ball and said, ‘Do you want to play with us?’ The basketball said nothing — well, because it was a basketball. Then we took the basketball and played a game we called ‘bounce, bounce, catch it.’ We played for a week and a half. During this time, Raymond started to play with us. With Raymond in the game it got crazier and faster, but I still liked it. We still took turns, and one day I started to sing a weird song I made up, ‘Bounce, bounce, catch it.' It’s a game you can play for hours.” Her friends had joined her at our table, and they all began to sing while I wrote and sang along with them.

As the stories about the bench continued, I began to realize that the Buddy Bench revealed a pattern of imaginative play in the younger grades. Just as Charlotte learned a new game about building buddies, first grade students talked about playing Santa and his reindeer, superheroes, pretend little kittens who lost their mother and father and had to find them, a lion queen who had to protect her kingdom from other lions, and a game based on the television show "Survivor." I realized that play not only prevented loneliness, but sparked imagination that is so critical to academic achievement.

Student stories uncovered more about the social aspects of play and the challenge of both sitting on the bench and approaching someone on the bench. Several students sat on the bench to remind their friends that they had left them out of a game. Students talked about approaching other students, asking if they wanted to play and being told "no." One sixth grader had approached a first grader and asked if they wanted to play, “When she told me no, I realized I might be big and a little intimidating. When I asked her if she wanted me to find another first grader for her to play with, she smiled and said yes.” Students used the “no” response to create other ways to help someone sitting on the bench. They turned what initially felt like rejection into a positive outcome. The Buddy Bench spurred problem-solving as well as imagination.

Fourth grader David approached my table with a broad smile that matched his dancing eyes. “I want you to tell everybody that the Buddy Bench is absolutely great. The fifth and sixth graders are awesome for making this happen. Wow!” David said he had never used the bench, but felt good knowing it was there. David and I high-fived and I gathered my notes, vowing to return when I could sit outside on the bench. The Buddy Bench has a lot to teach about play, friendship and the value of story. I left the school with the chant shared by two sixth grade boys, “Free friends, free buddies,” playing in my head. Despite the rain and snow, it was a beautiful day.

An Emily Howland Elementary School student shares his appreciation for the new Buddy Bench there.