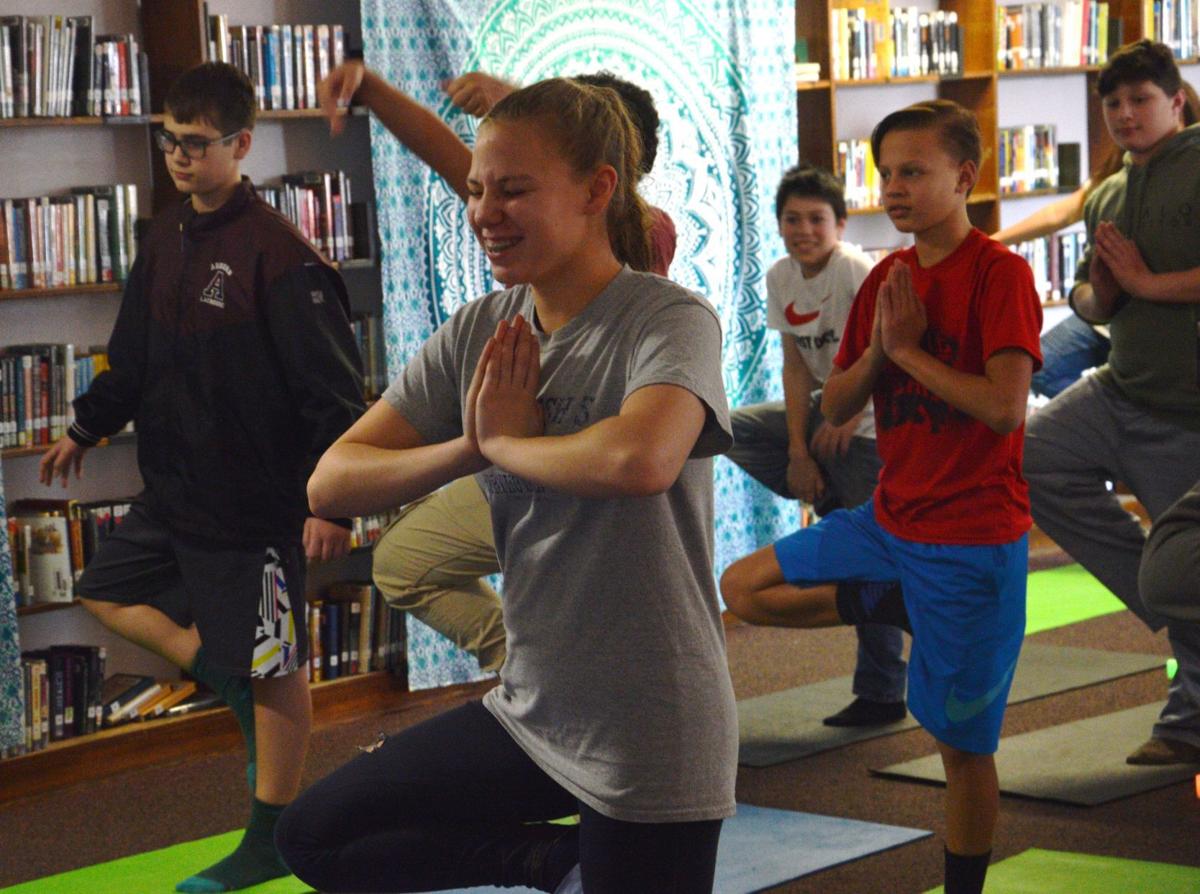 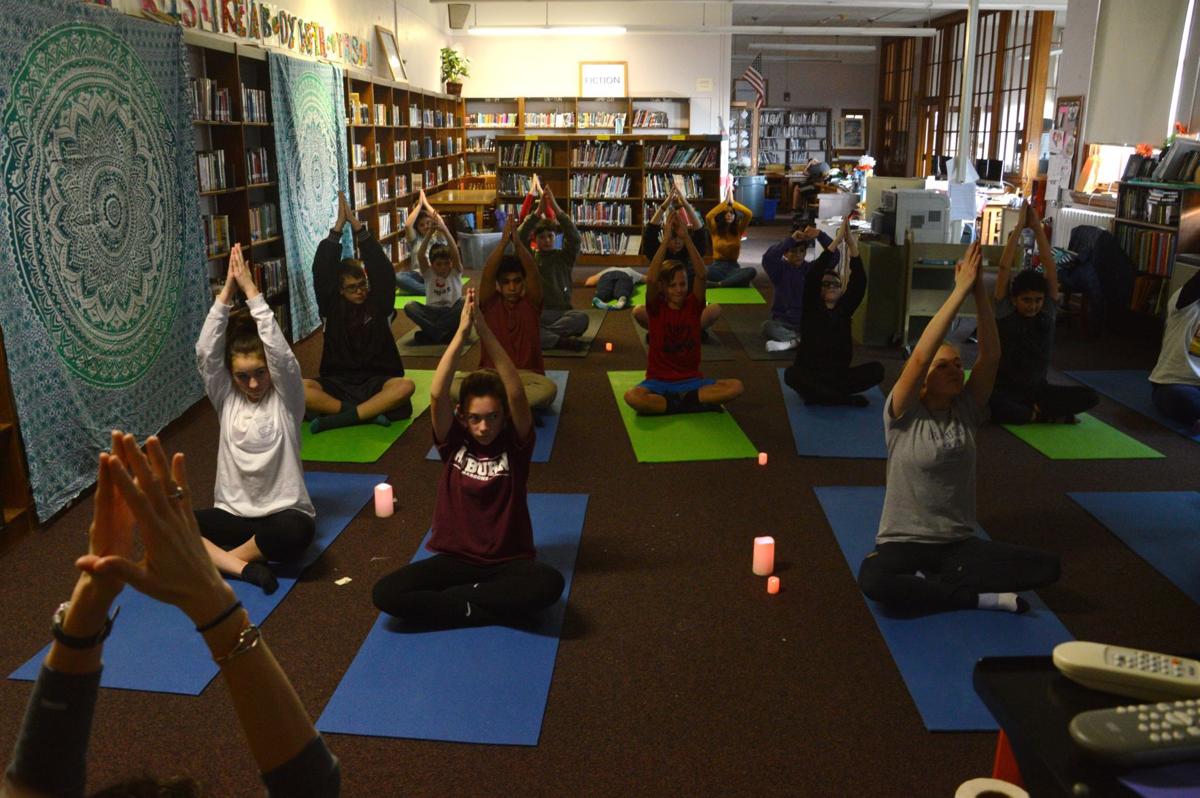 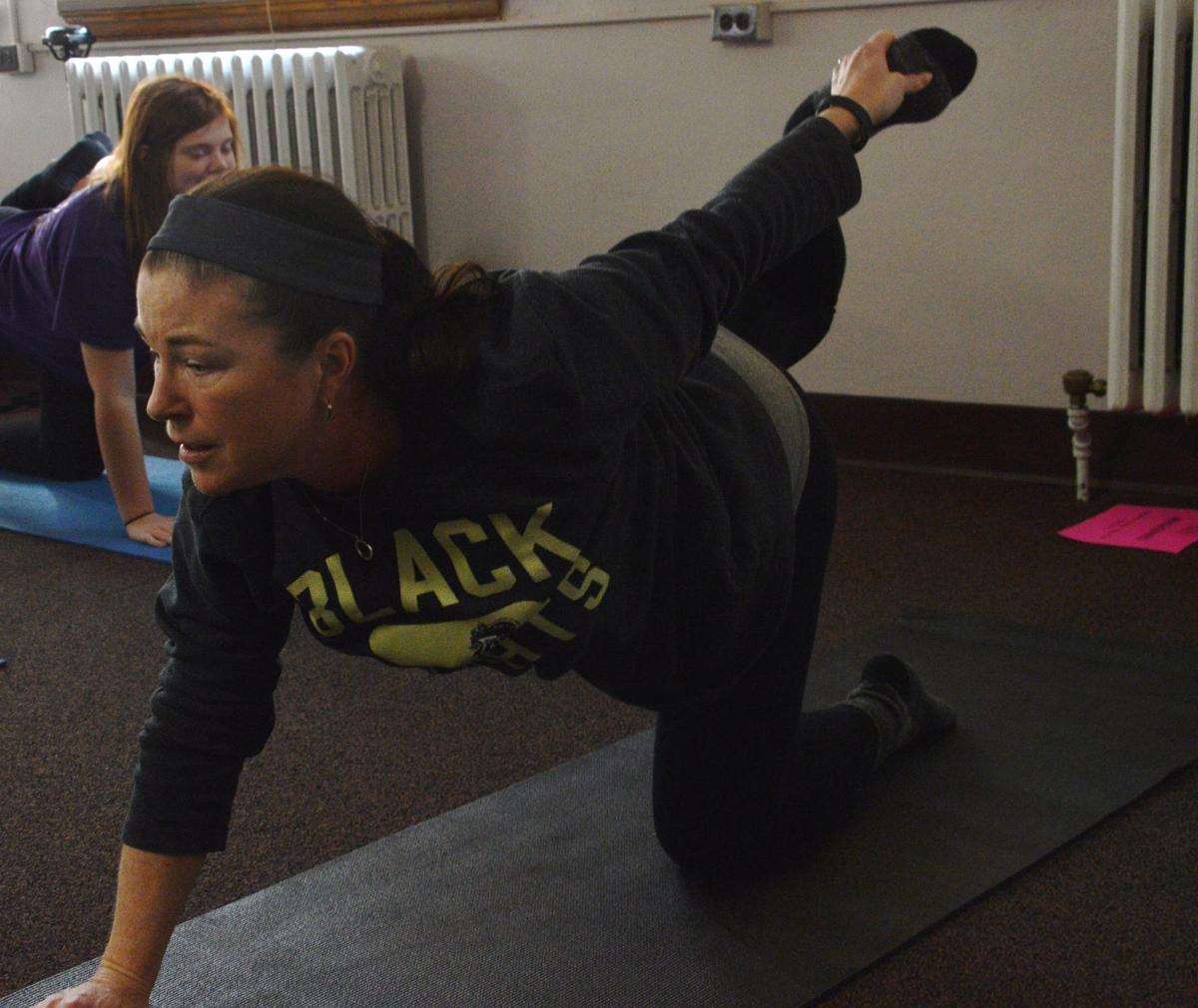 Kristi Newton does a yoga pose as a part of her health class at Auburn Junior High School Tuesday. 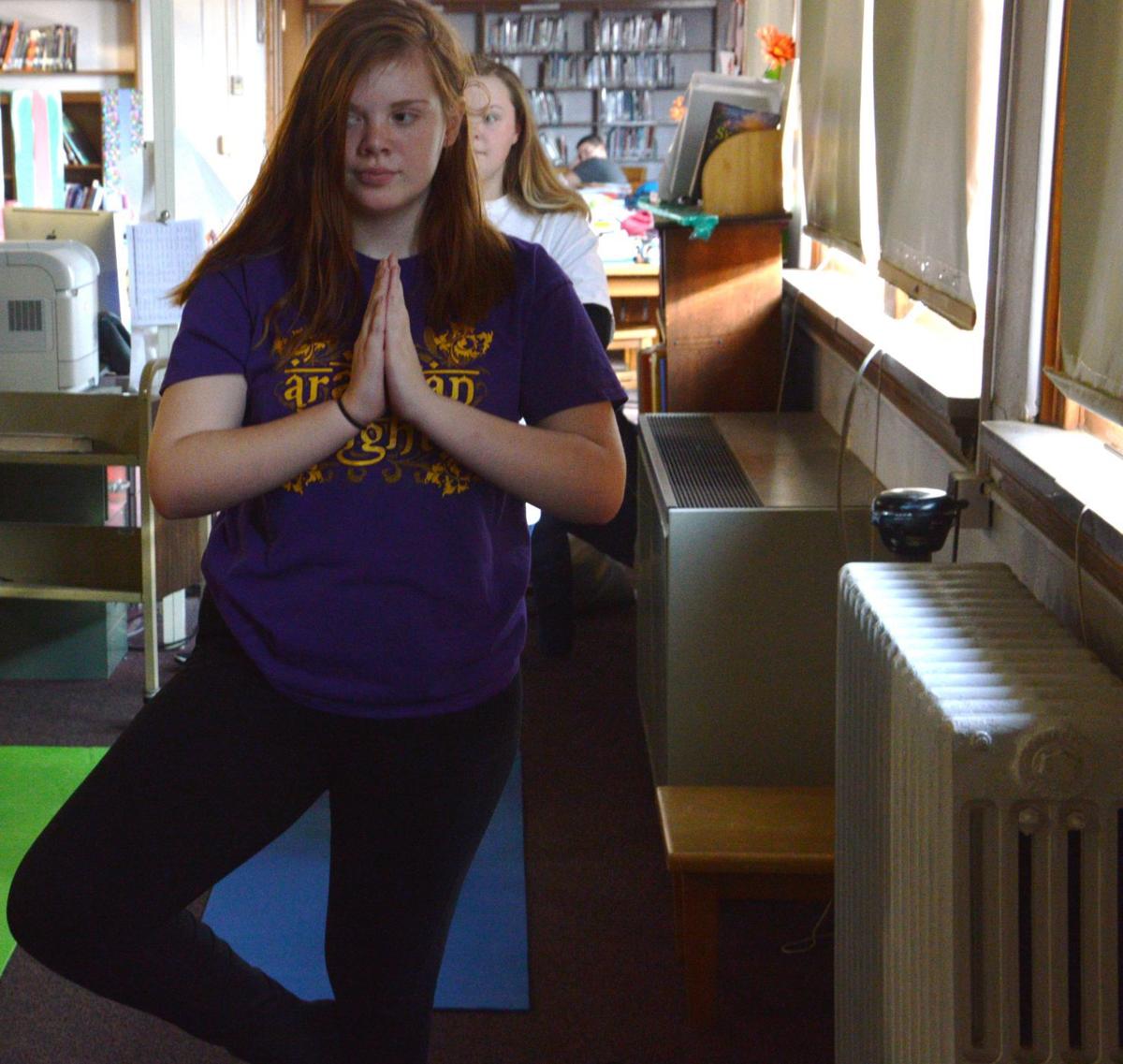 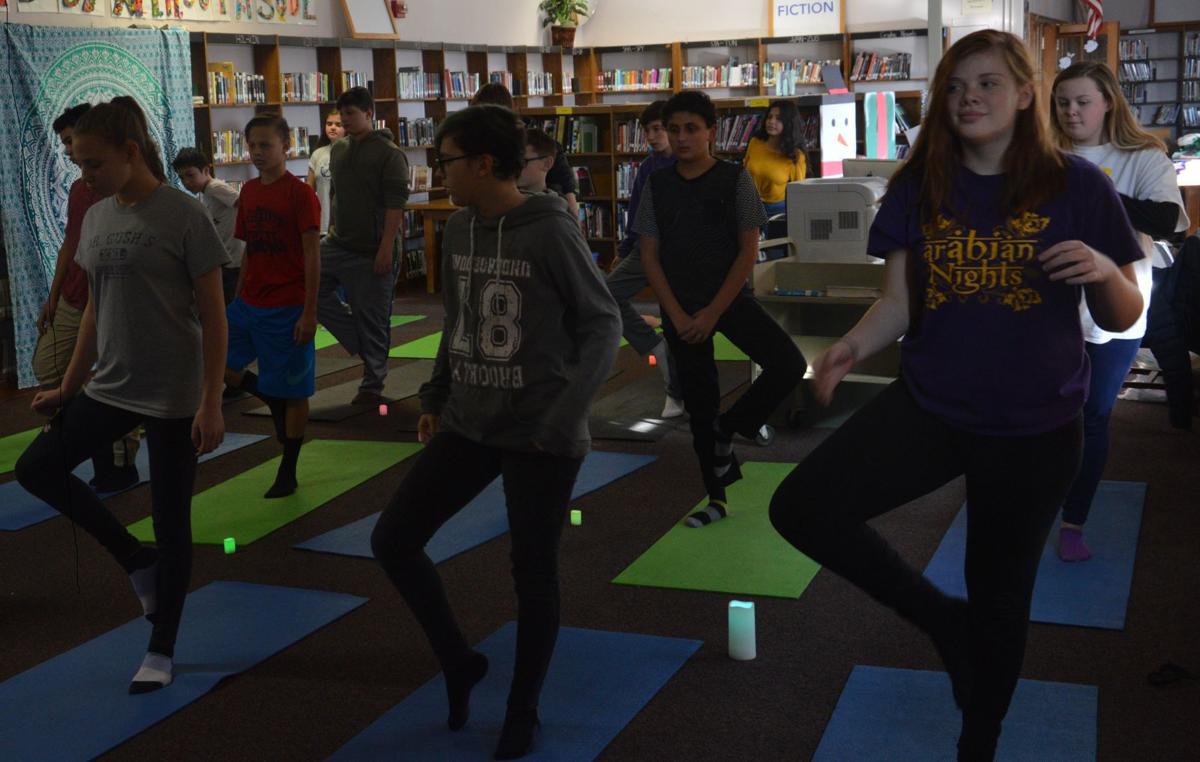 AUBURN — While other students in Auburn Junior High School have been bound to their desks Tuesday afternoons this school year, Kristi Newton's health class has been doing yoga.

On one of those days earlier this month, Newton, a health teacher, and media specialist Marcella Didio led the class at the school's library. Some students giggled as they tried various poses while following along with their instructor. Some children had more success than others; a few would wobble when doing moves requiring balance with one foot, forcing them to readjust.

Some students looked to those next to them, and sometimes laughed as they saw each other try the poses. Poses the class did ranged from students leaning forward with their heads down while perched on one leg to getting on their hands and knees, raising one leg and then stretching their opposite arm out to grab that leg.

The yoga provides physical exercise but the purpose of the class goes beyond that. Newton began using yoga as a way to cope with the unexpected death of her brother-in-law, Peter Thomson, around four years ago.  She eventually thought that since yoga helped her get through her loss, it might be able to help her students deal with issues in their lives.

She started with students doing chair yoga in the classroom, but Newton and Didio expanded it. Newton said she believes yoga helps students learn how to reduce stress and do simple anxiety-vanquishing exercises.

Newton received a $600 grant from the Auburn Educational Foundation to do yoga, and started a class in the library in January 2016. The money went toward things such as class sets of yoga mats, tapestries to hang nearby and flameless candles.

They took things to another level when the duo took a digital learning class from the University of Rochester. This fall, they applied the internet to helping students learn about yoga, having them do activities such as a trivia game and made yoga-related articles and videos available to them. They have also used technology to have people based in states like Texas and Georgia instruct the classes.

Newton said her students have risen to the challenge. Students who had previously had to leave her class due to behavior issues and have since focused and responded to the yoga even better than other students, she said. She wanted to give students a way combat stress in their lives, just as it helped her.

"That's our hope, that at least we gave them stepping stones. What they do with it from here on out after they leave Auburn Junior High is up to them," Newton said.

Didio, who has been doing yoga since 2006, believes the children get "a little stability, a little time out from the daily grind," from their time on the mats.

Student Leah Howard praised all of the instructors they have learned from.

"They make us feel like rock stars," Howard said.

Kristi Newton does a yoga pose as a part of her health class at Auburn Junior High School Tuesday.