Subscribe
Read Today's E-Edition
Share This
The Possible You: The power of thoughtful breathing
0 Comments
Share this
Joe Sarnicola and Mary Pasqua Waldron Special to The Citizen

On a typical day, we take 20,000 breaths or more. But how many of those breaths are we actually aware of? If we stop breathing, we die, so maybe we should pay more attention to such an important process. According to many different cultures and my own personal beliefs, breathing is spiritual as well as physical, making it essential on many levels.

In the Bible, God gave life to the first man by breathing into him, and when Jesus wanted his apostles to receive the Holy Spirit, he breathed on them. Ali Asani, an Islamic scholar, said: “Through breathing in and breathing out, you are constantly renewing your submission to God.” The Hebrew words for breath also mean soul or spirit, and many Native American cultures believe there is a connection between the breath and the spiritual realm.

Most of our breaths are shallow “chest breaths,” which are enough to keep us alive, but not as life-affirming as they could be. Breathing deeply with the diaphragm, a muscle that contracts when we inhale, is more efficient. When the diaphragm contracts, it makes space for the lungs to expand and take in a deeper breath.

Yoga instructors teach about “dirga pranayama,” which is a three-part breath. Part one is expanding the belly and contracting the diaphragm; part two expands the ribs, engaging the intercostal muscles; part three expands the upper chest. This allows for a full, gentle inhale, followed by a full, gentle exhale, allowing oxygen to be distributed throughout the body and carbon dioxide and other waste products to be safely exhaled.

The American Lung Association recommends breathing through the nose, which helps to filter out foreign particles and warms the air before it enters the body.

During certain types of meditation, focusing on the breath helps to reduce anxiety and blood pressure and triggers the parasympathetic nervous system (the rest and digest response), creating a peaceful state of mind. When we are stressed, anxious or fearful, the sympathetic nervous system is in control. That’s called the fight or flight response. Which state of being sounds better?

I encourage everyone to take time to sit and be quiet and just focus on your breathing several times each day for mental, physical, and spiritual health. It’s as simple as “I am breathing in, I am breathing out.”

Upon beginning my journey with yoga, I didn't know what to expect, but I had heard all of the usual stories about yogis twisting into pretzels and meditating in strange postures. It took only one class to dispel my concerns that yoga might not be for me, and I was pleasantly surprised as the weeks progressed.

As I suspected, there was emphasis on the physical postures, and we studied several meditation techniques. What I had not expected but had received, was information on breath work and how to utilize our breath more effectively. As a young person bursting with the vitality of youth, this portion of our studies was not particularly intriguing to me. It wasn't until many years later while attending training to become a certified yoga instructor, that I began to better understand the ways in which our breathing influences our daily lives.

I had just returned to my hotel when a traffic accident involving multiple vehicles happened in the street in front of me. I quickly got out of my car and ran to the scene, scanning for people in need of help. It was very hectic and there were other bystanders helping individuals out of the street and onto the sidewalk.

I heard a woman screaming so I approached her and asked if she was hurt. She was in a rage over the damage to her vehicle and she needed a quick dose of serenity. I encouraged her to take some slow, deep breaths with me and it was like magic! Within a few moments, she had begun to regain her composure and we were walking to safety. That moment convinced me of the benefits of breath practices. The next time you begin to feel stressed, drop into awareness of your breath and reap the calming rewards!

Joe Sarnicola, of Auburn, is a certified spiritual life coach and meditation leader. He can be reached at joesarnicola@yahoo.com or (315) 224-5071. Mary Pasqua Waldron is a certified yoga teacher, reiki practitioner and producer/presenter of the “Empowered Living” podcast.

Seneca Riverside: Inside the former Devaney's, under new ownership, in Weedsport

Its name and ownership are new, but perhaps the most important part of the restaurant at 9347 Stickle Road in Weedsport remains.

A Cayuga County dairy farm is featured in the newest season of a digital series by the American Dairy Association North East.

Kevin Rivoli’s photos are always worth more than a thousand words. When I look at the front page of the Saturday, July 30 issue of the Citizen…

The best oils to use for every hair type

The best oils to use for every hair type

How to successfully grow tomatoes indoors

How to successfully grow tomatoes indoors

Getting spicy with it! The best ways to add spice to your diet

Getting spicy with it! The best ways to add spice to your diet 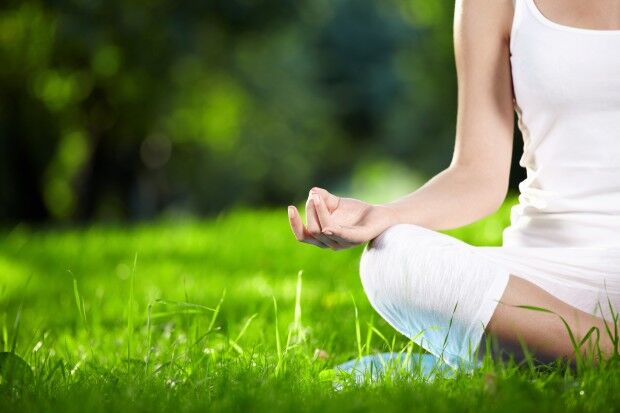