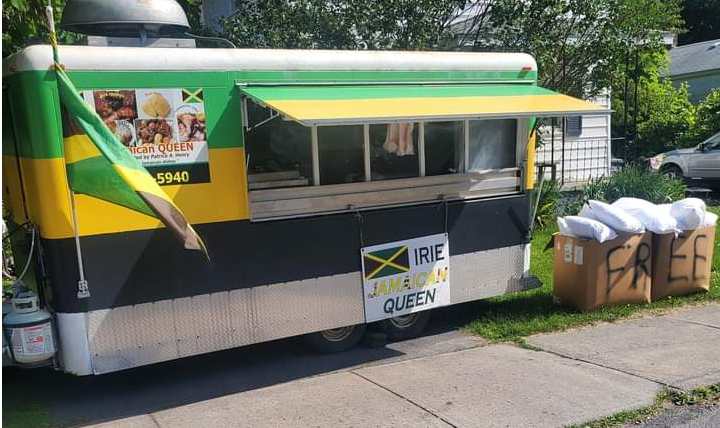 The Irie Jamaican Queen food truck sets up for a June meal giveaway in Auburn. 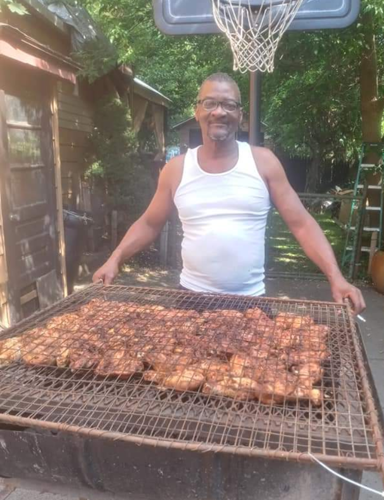 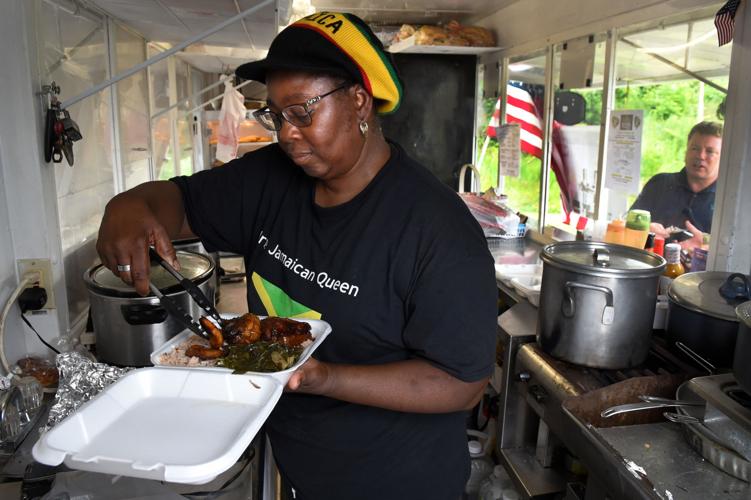 Patrice Henry works in her Irie Jamaican Queen food truck in Auburn in 2019.

If last time was any indication, that shouldn't be a problem.

Sunday will be the second time Homick-Reese and her family partner with Patrice Henry, owner of the Irie Jamaican Queen food truck, to serve free, no-questions-asked meals to members of the Auburn community. On the menu will be a choice of fried chicken, pulled pork or a hot dog, with ziti, baked beans, a choice of water or soda, and a cookie or brownie for dessert.

Homick-Reese told The Citizen that she and Henry started organizing the giveaways to provide the people of Auburn some relief as inflation raises the price of groceries and other essentials.

"Times are really hard right now," she said. "The price of food is absolutely ridiculous."

Henry parks the the truck outside Homick-Reese's Van Anden Street home to serve the meals. It's also outside her home that for three years, Homick-Reese has stocked a table with 40 to 50 free items for people in need to take as they please. Last week there were new clothes, including children's clothes, but the items have ranged from food and soap to pillows and school supplies.

A longtime human resources professional who last worked at Villa of Hope in Rochester and is now in private duty, Homick-Reese said she feels compelled to help people any way she can. For almost a decade she's been preparing Thanksgiving and Christmas meals for Auburn families, eight to 10 each holiday, and collected donations from family and friends on social media to support the effort.

Through another one of her efforts — cooking Sunday meals for families of people with cancer — Homick-Reese met Henry. The Irie Jamaican Queen operator suggested using her food truck to serve meals to the community. Excited by the idea, Homick-Reese began seeking donations on social media. Whatever she and Henry didn't have money for, they bought themselves.

The first giveaway took place Sunday, June 26. Fifteen minutes before it was scheduled to begin at 11 a.m., there were people lined up on Van Anden Street. All 150 meals were gone by 12:30 p.m.

"It was amazing," Homick-Reese said. "The food was excellent and the people were very, very appreciative."

Some of the people who came for meals asked if they could take some home for family members who were sick or disabled, and though Homick-Reese didn't plan on accommodating them at first, she did anyway. Other people donated whatever money they had to the organizers, she said, even if it was just a dollar. She wants the giveaways to be as confidential as they can be.

Homick-Reese hopes to continue serving the free meals the last Sunday of the month through October, due to the cold. As soon as next month she and Henry would like to offer the community the opportunity to order their meals off the Irie Jamaican Queen menu of jerk chicken, beef patties and more. With enough support, she said, that shouldn't be a problem either.

"A lot of these people can't afford to go out, or go to a food truck," she said. "We'd love to open it up so they can order anything they want."

AUBURN — When Patrice Henry came to Auburn in 1993, the only food options she saw around town were pizza and Chinese.

Are you ready to retire? Here's how to tell

The Irie Jamaican Queen food truck sets up for a June meal giveaway in Auburn.

Patrice Henry works in her Irie Jamaican Queen food truck in Auburn in 2019.