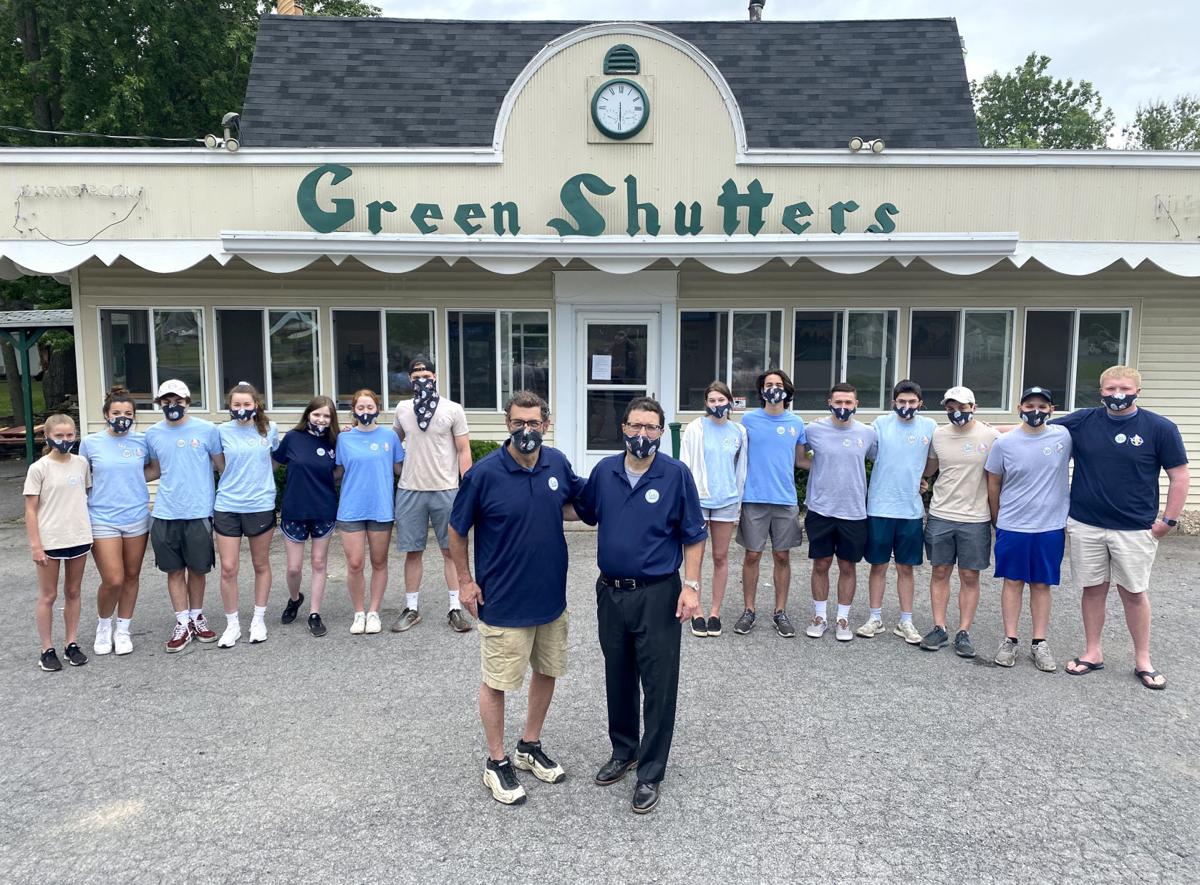 Seb's Green Shutters owners Sebastian, left, and Riccardo Galbato are pictured in front of their employees at their new restaurant in Owasco. 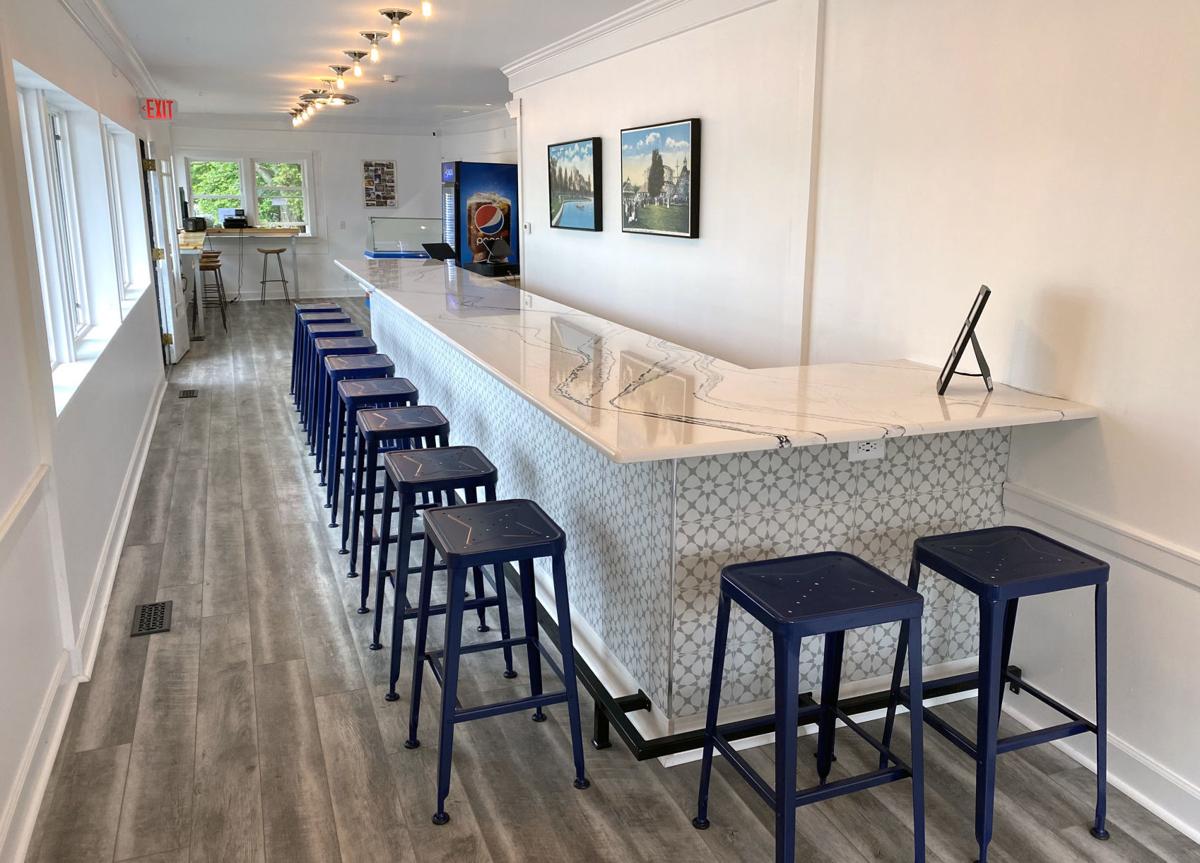 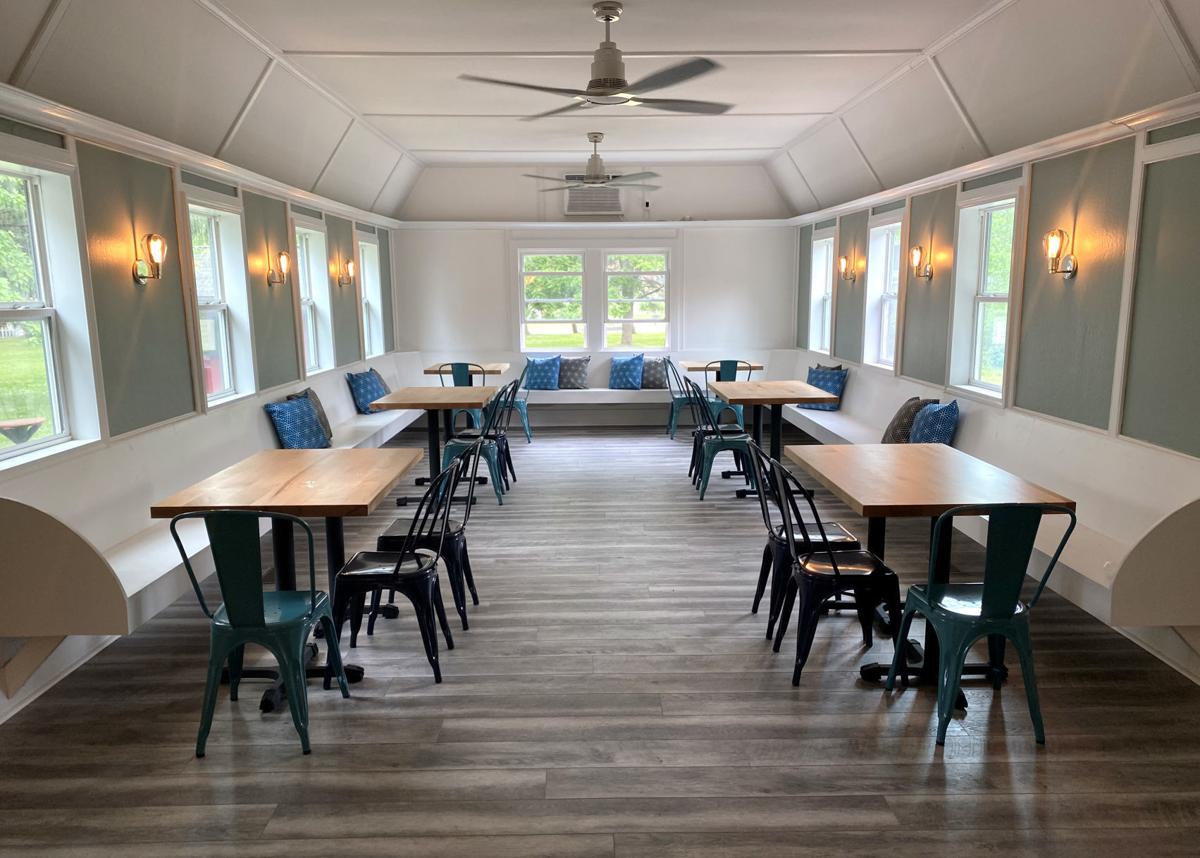 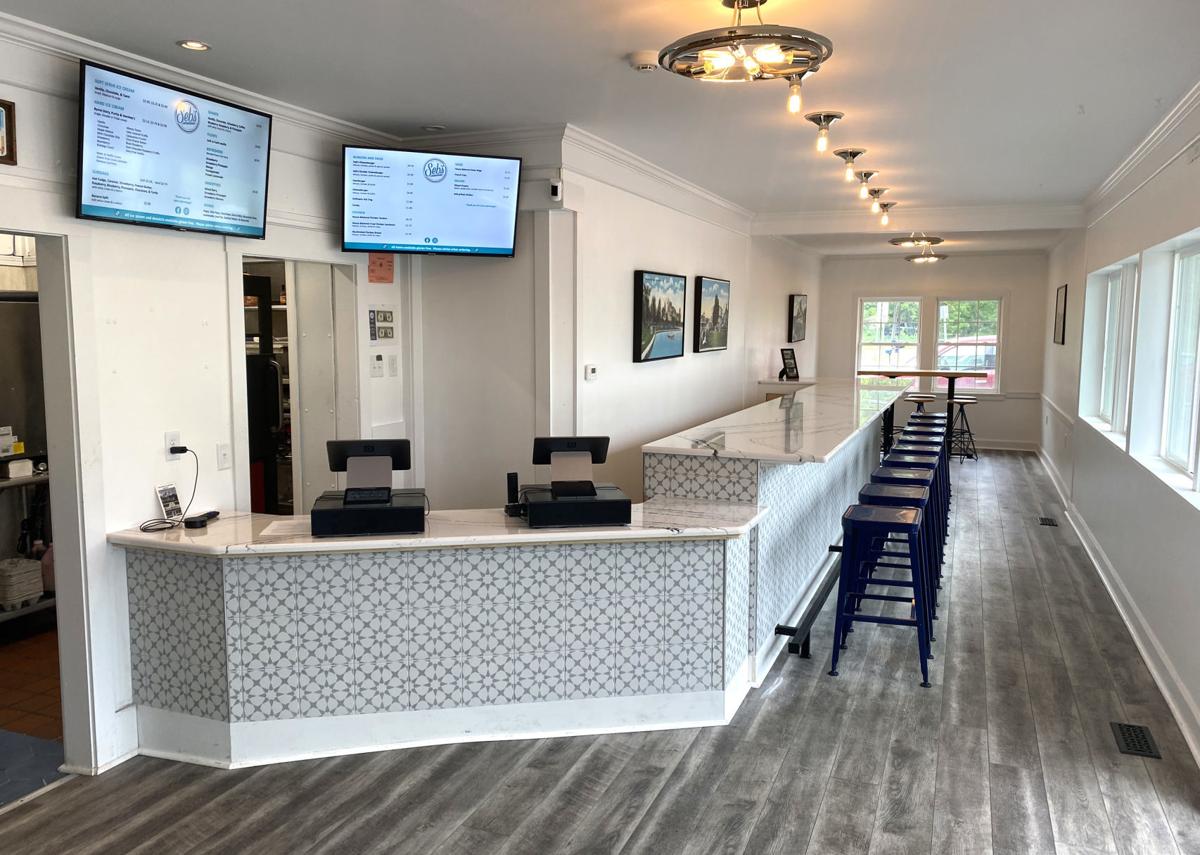 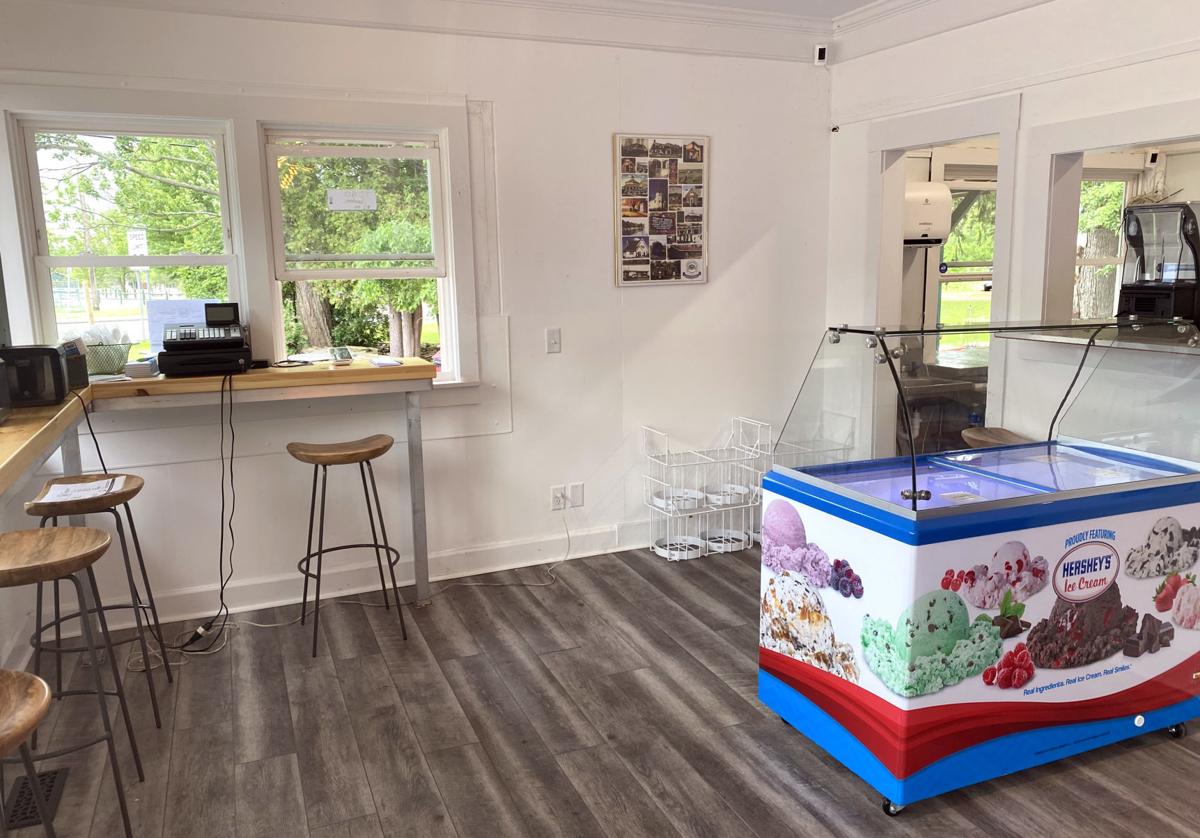 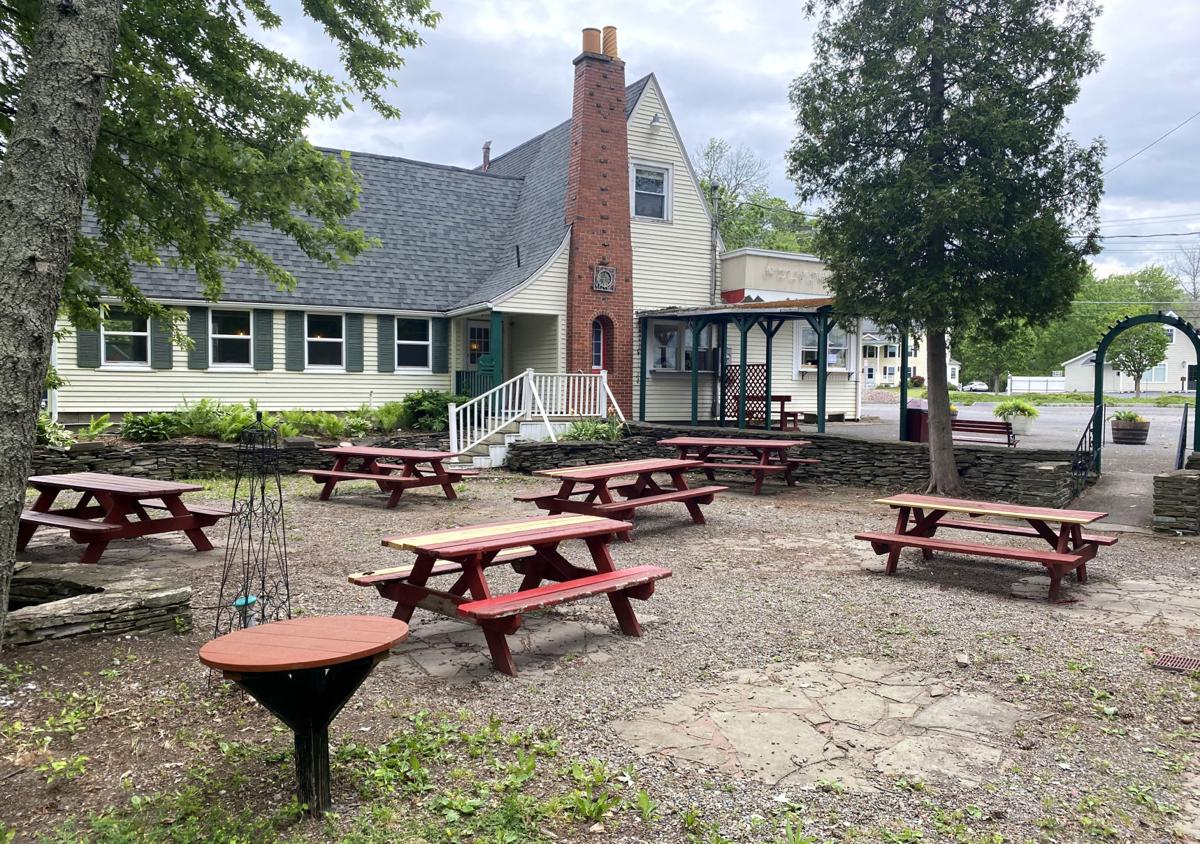 OWASCO — The COVID-19 pandemic has paused most summer traditions in Cayuga County — but not Green Shutters.

The historic restaurant on the edge of Emerson Park reopened May 1 under the ownership of Riccardo and Sebastian Galbato.

The brothers, who bought the business from Bob Leonardi in December, are its fourth operators since 2012.

But few know as much as the Galbatos about running a restaurant with a view of Owasco Lake. Their parents, Thomas and Carmela Galbato, opened Tom Thumb Drive-In on East Lake Road in 1978. And the brothers have spent the 42 summers ever since at the restaurant, learning how to take care of customers.

That's why, as they sat in Green Shutters on Thursday, the brothers thanked both their parents and Leonardi for making possible what is now called Seb's Green Shutters.

"We want to thank Mr. Leonardi for believing in us that we can make this iconic place a success," Sebastian said.

The Galbatos also thanked the community.

Shortly after buying Green Shutters, the brothers started asking people what they wanted to see there. Often, people told them without even being asked, they joked.

One of the most common requests was the return of the restaurant's lunch counter. Removed by previous owners Mike Schmidt and James White, the counter has been rebuilt with a white, marble finish that resembles the waves of the nearby lake. The Galbatos used wood from the benches that were in the counter's place to build it — another lesson from their father.

"He taught us, in this line of work, pay your bills on time and don't throw anything away because you don't know when you're going to reuse it," Riccardo said.

The counter is just one example of the bright new minimalist design of Green Shutters. The Galbatos also replaced the lights, converted the two small bathrooms into one that's accessible to people with disabilities, and hung blown-up postcards of Emerson Park from its days as Lakeside and Enna Jettick Park.

The menu, meanwhile, has returned to the staples of the restaurant: burgers, hot dogs and — another common request — onion rings. The Galbatos remember leaving nearby Auburn High during their lunch period to order the fried appetizer. But the onion rings at Green Shutters today are a little different than the ones there decades ago — they're gluten-free.

Riccardo, whose two sons are allergic to wheat, wanted everyone to be able to enjoy the restaurant's onion rings, french fries and chicken tenders. So he and Sebastian worked all winter on a gluten-free recipe to be used in dedicated fryers. All other items are available gluten-free, and the Galbatos ask that customers specify gluten-free orders so that they're bagged separately.

The move has already paid off in the form of grateful customers. The Galbatos recalled one mother telling them, tearfully, that her daughter had never been able to have chicken tenders before.

Other customers have said "thank you" to the brothers simply for reopening the century-old restaurant for business, they said.

"We're so pleased with the support," Sebastian said.

"And we're humbled by it," Riccardo added.

Gluten-free food is also something the Galbatos weren't able to do at Tom Thumb. But the kitchen and prep area of Green Shutters have allowed them to be creative, they said.

That's why they don't consider their new restaurant to be competing with their old one. Though both are family-friendly destinations along Owasco Lake offering simple food and ice cream, each has an advantage in selection — more food at Green Shutters, more ice cream (and miniature golf) at Tom Thumb.

So when the family began to discuss buying the restaurant after its last operators left in the fall, they came to the conclusion that it would be "a nice fit," Riccardo said.

"In this type of work, our competition's always been the weather," he said.

However, the pandemic has been another element competing with the Galbatos. Like all bars and restaurants in New York, Green Shutters was limited to takeout and delivery service until several regions of the state were permitted to begin outdoor seating June 3. The brothers said their takeout business has been good, and believe the restaurant is set up well for it, having three ice cream windows. As of Friday, Green Shutters can also seat customers indoors at 50% capacity, and in compliance with other safety guidelines from the state.

Pandemic or not, the Galbatos said they have no plans to serve breakfast at Green Shutters, as some previous owners have attempted. They will also keep the restaurant seasonal instead of year-round. But as indoor dining increases, the brothers will begin adding daily specials, they said.

What will also continue at Green Shutters, the Galbatos said, is a tradition of serving families that runs deep both at the restaurant and in their family.

Watch Now: Don't take a deep breath in this city

Watch Now: Don't take a deep breath in this city

Tips to help you survive RVing with your kids

Tips to help you survive RVing with your kids

My wife has many talents. One of them is coming up with food combinations that I have never seen or heard of before. They are always delicious…

Seb's Green Shutters owners Sebastian, left, and Riccardo Galbato are pictured in front of their employees at their new restaurant in Owasco.