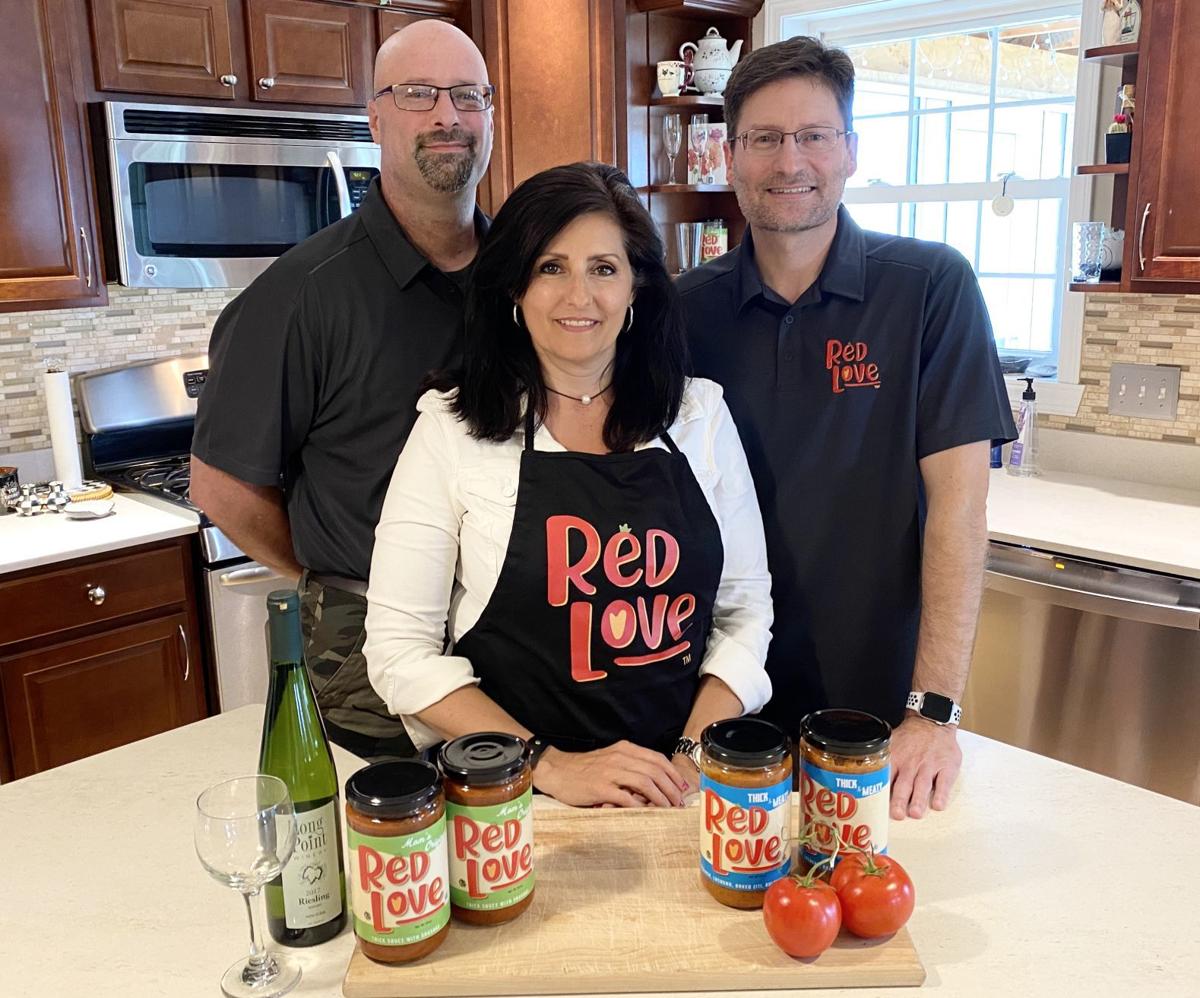 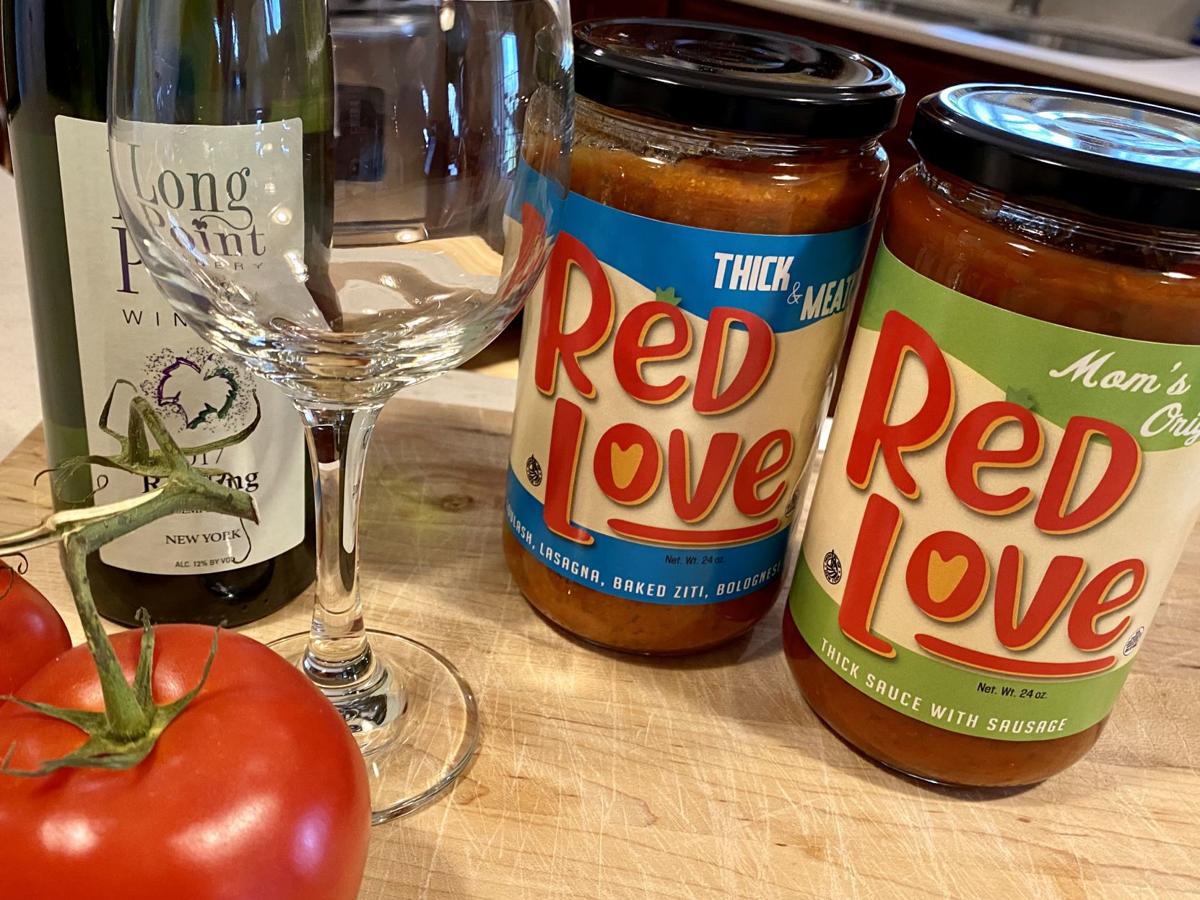 When the Picciano family hosted Sunday dinner, they could count on drawing a crowd. In addition to relatives, friends and even neighbors would come to the family's Auburn home.

They didn't know it then, but siblings Mike, Denise and Paul Picciano would later realize what, precisely, was drawing that crowd.

It was the red sauce made by their mother, Marion.

"Because of that sauce, we had company almost every Sunday," said Denise, whose last name is now Longtin. "So we thought we would bottle up this love and other people could have the same experience."

In late 2018, the three siblings began what would become Picciano Family Foods. The company makes Red Love, a line of sauces inspired by their mother's recipe. Since selling its first bottle last July at the Taste NY market at the New York State Equal Rights Heritage Center in Auburn, the company has steadily grown. Red Love is now available at the market, Maxwell's Food Store in Auburn, Bailiwick Market & Cafe in Elbridge and, as of a couple weeks ago, Top's Friendly Markets locations in Auburn, Elbridge, Skaneateles, Waterloo and Camillus.

For more information about Picciano Family Foods and its sauces, find the company on Facebook or email piccianofoods@gmail.com.

Mike said he and his siblings have thought about going into business with their mother's sauce recipe for years. But after Marion passed away in 2016 and their father, Michael, in 2018, Mike realized that life is short, he said.

One problem, however, was the fact that their mother had no recipe for her sauce. She just made it. Mike has been trying to recreate it over the years, he said, even taking notes over her shoulder in the kitchen.

"She's kind of putting the spices in, and I'm trying to catch them and measure them," he said. "We tried to get as close as we could."

Denise said Red Love is distinguished by its thickness. When the siblings took their recipe to Permac Enterprises in Rochester to begin manufacturing it, the company suggested adding water to increase the yield. But the sauce is supposed to be that thick, Denise said, so thick that it has to be spooned out of the jar. The sauce is also exceptionally flavorful, she added, because it contains actual pieces of sausage in addition to quality ingredients like extra virgin olive oil. The presence of the sausage also increases the U.S. Department of Agriculture standards the sauce has to be produced under, Mike said, which is why the Piccianos went straight to a manufacturer like Permac instead of making it themselves at home.

Red Love's main flavor, the one closest to Marion's recipe, is Mom's Original. The second, Rocko's Thick and Meaty, has sausage and beef. It's ideal for lasagna, Denise said. And the meat content of both that and Red Love make them unique among pasta sauces, Mike said.

"There's not a product like them on the shelf," he said. "A shelf-stable meat sauce in a jar."

The Piccianos have mostly relied on word-of-mouth to market their sauces, hosting area tastings. But they've rarely gotten a response that wasn't positive, they said. They've had to pause those tastings during the COVID-19 pandemic, but they hope to begin meeting demand from outside the area soon by opening an online store for shipping. They've also thought about expanding their company's product line with frozen pizza, Paul's own pasta, a vegetarian sauce option and more.

Whatever Picciano Family Foods does next, the siblings want to stay different. That's why their labels have no family name, no picture of a grandma — just "Red Love" in big, bold letters. To them, the name says it all.

"It's not about the taste of the sauce," Denise said. "It's about the love that happened around our family dinner table."

The Citizen's top five stories of the work week.