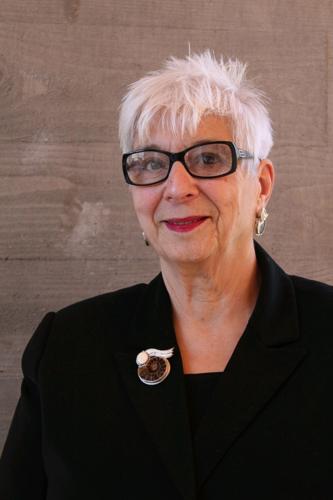 The first woman elected mayor of Auburn in 1999, Carnicelli went on to establish 1st Amendment 1st Vote, a nonpartisan civic engagement program for high school girls. Since 2018, the program has reached hundreds of local students, motivating some to major in political science and volunteer with campaigns. The goal, Carnicelli told The Citizen, is for some to run for office themselves.

"The underlying thread is for girls to practice and imagine using their voices in a civic situation," she said.

For the last two years, realizing that goal has been harder due to the COVID-19 pandemic. Field trips to sites of historic significance to the women's rights movement were part of 1st Amendment 1st Vote, Carnicelli said. In their absence, however, she has created a five-part video series that takes viewers along what she has titled the Central New York Women's Rights Corridor.

Carnicelli produced the videos with help from Peconic Bay Zonta, as she is a member of the Zonta Club of Skaneateles. The videos, which premiered to 100 people at a Women's History Month program in March at Auburn Public Theater, can be viewed in full at 1sta1stv.org. They're appropriate for screenings with friends, family and colleagues, Carnicelli said, as well as high school curriculum.

"They're an expanded history of women as changemakers. So often, women who were and are making a difference are left out of the history books," she said. "We're uncovering that history."

The hope, Carnicelli continued, is for that history to help encourage girls to get involved. She believes now is an opportune time to do that given the number of issues beckoning their attention, from climate change and discrimination to abortion rights and voter suppression. But 1st Amendment 1st Vote is nonpartisan, she stressed, so the issue isn't as important as the action that results.

The program started with 49 students in seven high schools in central and western New York, Carnicelli said, and has grown to 150 students in 25 high schools in those regions, Rochester and the Southern Tier. By 2027, she hopes, the program will have expanded across the entire state. Girls often participate in cohorts of five or six, and begin by identifying pressing issues in their schools.

Along with majoring in political science and volunteering with campaigns, students have met officials like Sen. Kirsten Gillibrand during seminars and summits. That direct interaction can be inspirational for girls, Carnicelli said. It can also remind them of the work that remains to be done, as Gillibrand and her women colleagues make up just 27% of Congress.

Hannah Cartwright's cakes and other creations are homemade in more ways than one.

There is a mix of sadness and joy in Port Byron as work begins on the removal of the old school. For those who attended the school before it c…

A GoFundMe has been launched for Joshua Mycal Haines, an Auburn musician who is in critical condition at the Cleveland Clinic.

The author of a book about his ancestors is hoping to connect with any descendants they may have in the Auburn area.

Three Needs Creative, a marketing agency based in Auburn, was recognized with a 2022 New York State Tourism Excellence Award for its Brave Wom…

How to cook safe at your summer BBQ