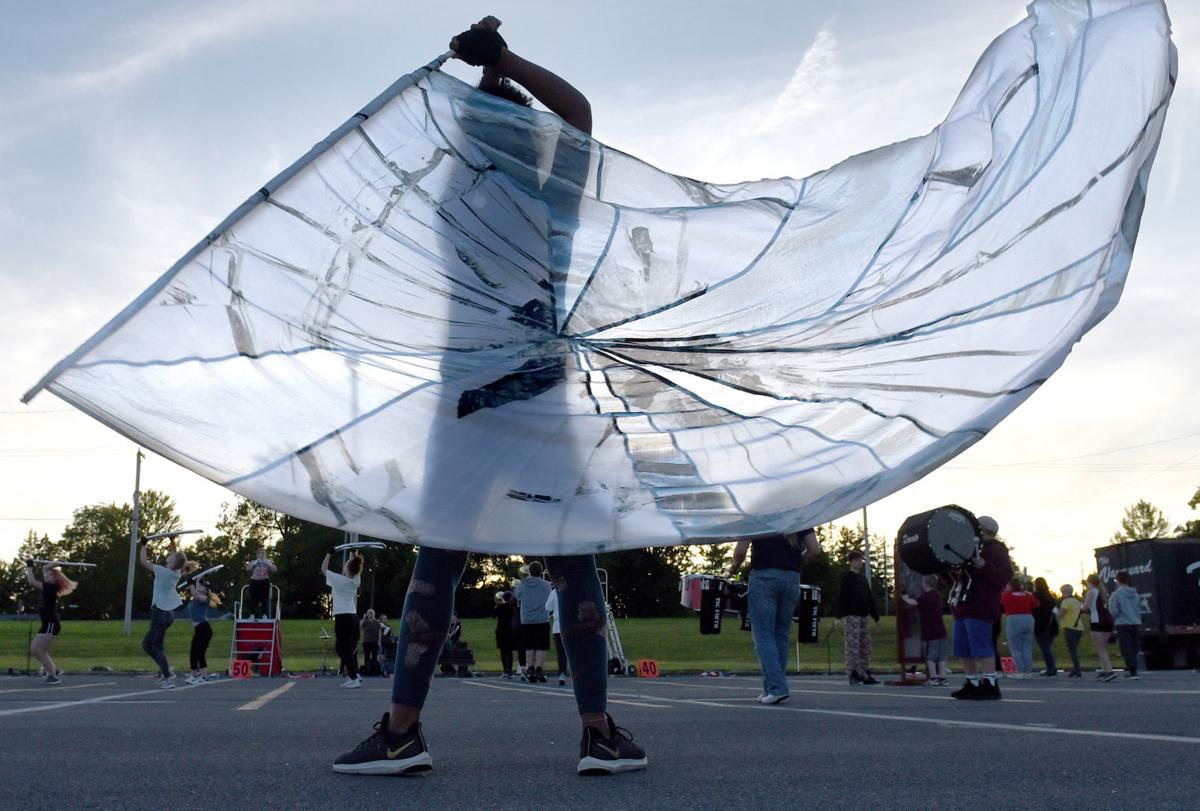 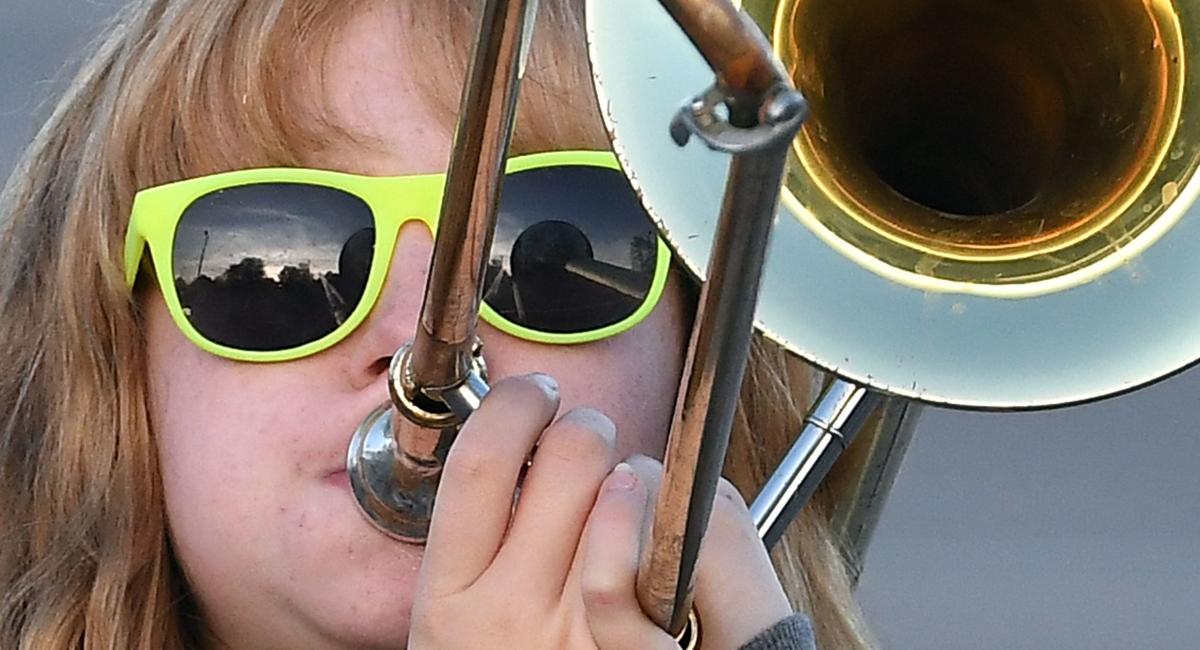 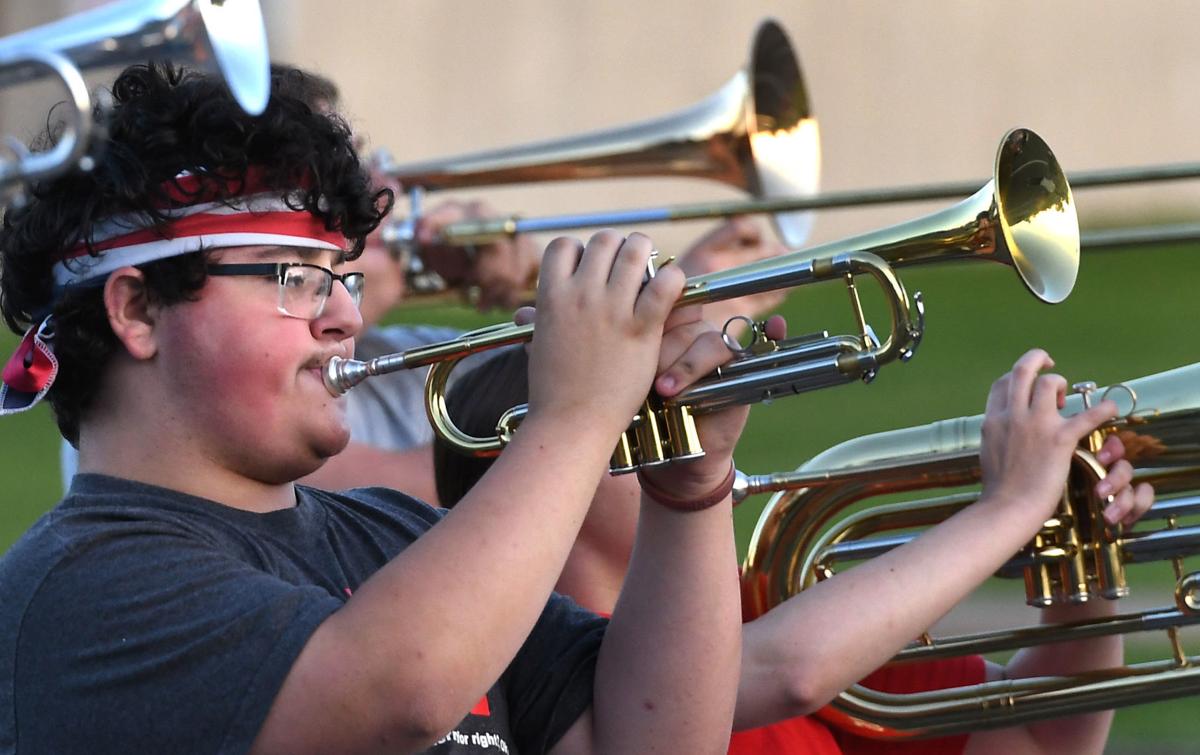 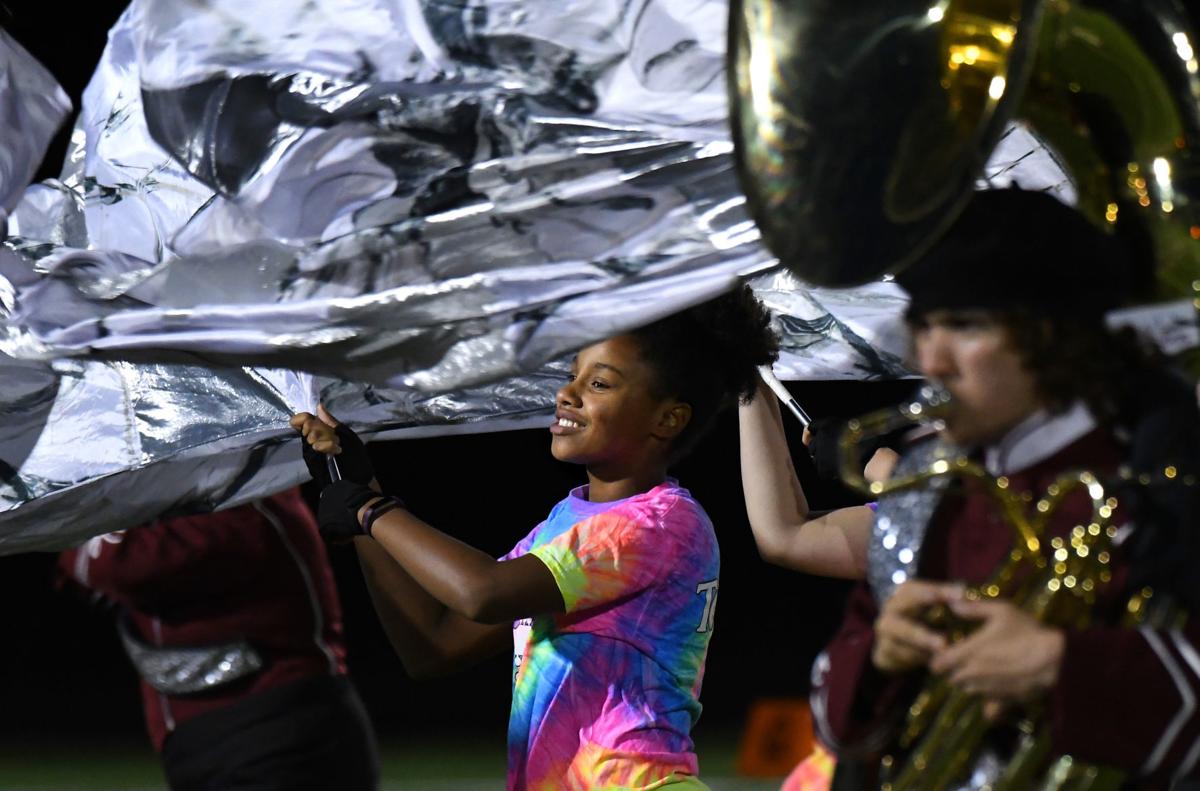 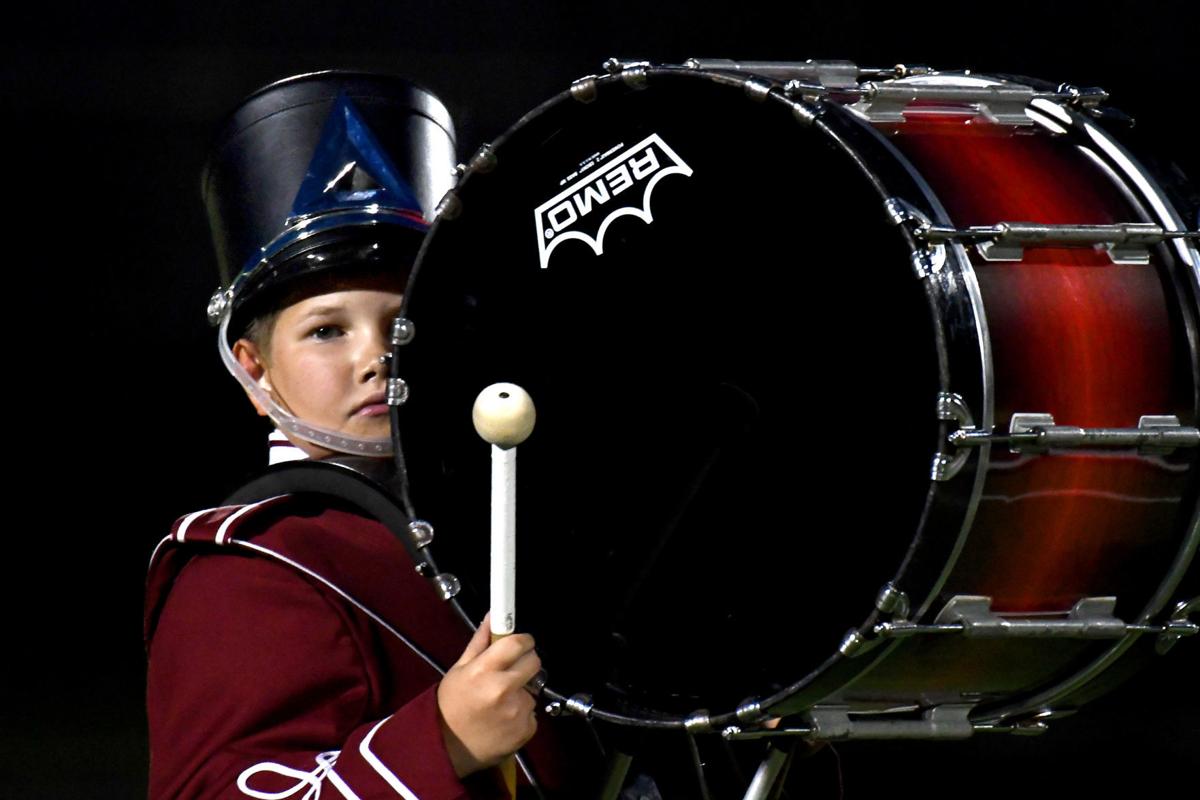 AUBURN — The Auburn Maroon Vanguard marching band will soon perform in the same spot where history was made.

In October, the 40-student Auburn High School band will perform at the same site where hundreds of thousands gathered for the Woodstock music festival in Bethel in 1969. The band creates a new themed performance and plays it at events every year, and the festival is one of two seminal moments in pop culture history this year's performance honors on their 50th anniversary.

The other moment is the release of The Who's rock opera album "Tommy," which provides much of the story and soundtrack for the show. Genesee Elementary sixth-grader Kyle Slomski portrays the younger version of the "deaf, dumb and blind kid" who becomes a "Pinball Wizard," and Aiden VanDusen portrays the older one. The show also takes some visual cues from Woodstock.

But before the Maroon Vanguard goes to Bethel, it'll bring its 1969-inspired show to the annual Harvest of Sound, where it will compete against other high school bands Saturday at Holland Stadium.

Overseeing the show is Michael Miller, the director of bands for Auburn High School since 2014. He believes Woodstock and "Tommy" helped define the 1960s, he said.

"This kind of anniversary isn't going to come around again in my lifetime as an educator," he said. "With those two anniversaries colliding, both 'Tommy' and Woodstock, that's the perfect marriage, right there. The stars aren't going to align like that again anytime soon. It's kind of a now-or-never opportunity."

Miller, who was born in the '60s, said the story of "Tommy" covers topics he feels are still relevant decades later, including war, abuse, drug use and mental health.

"If the music can become a coping mechanism, a kind of therapy for folks, that's a definite added bonus from the music itself," he said.

Every Maroon Vanguard show requires months of preparation, Miller said, and "The Who's 'Tommy'!" has been no exception. He studied clothing and flags that were present at Woodstock, and has been aiming for accuracy to the festival and "Tommy" while keeping the show appropriate for a high school audience.

The band has already performed at some competitions this school year, Miller said, and the students have taken to the music well. They are beyond just hitting the right notes and rhythms, he continued, and are now gaining a better understanding of the story of "Tommy" and how it connects with the music.

Miller said he is excited for the Maroon Vanguard to bring its show to Bethel. At first, he simply contacted the Bethel Woods Center For the Arts about group rates so the students could tour the museum there. But they were invited to perform at the site of the original festival. The band's trip is supported by the Purple Lancers Drum & Bugle Corps.

"To do 'Tommy' there, there's nothing like that," he said.

The band prepared for its Sept. 18 rehearsal with different exercises. Later, students wore looks of determination as they moved. A facsimile replica of a pinball machine, which included lights, could be seen, as well as what appeared to be a broken mirror, a visual used in the 1975 "Tommy" film.

Seniors Kasey Gleason, Amber Pidlypchak and Brianna Packard said before the rehearsal that they have been enjoying the music and relishing their time in leadership roles with the band. The three drum majors, or student conductors, also praised Miller for making them feel comfortable. Amber and Brianna said they had at least a little bit of familiarity with Woodstock and "Tommy" before Miller announced the theme of the performance, while Kasey didn't know anything about either. Amber also acknowledged the weight of playing at the Woodstock site.

"That's where history went down," she said.

The three students said their leadership roles have been good experiences for them, and they've enjoyed them. But they have to be "on top of it" at all times, Kasey added, because if the other students see the drum majors show negative emotions, they may follow suit.

"There's no slacking in this job," she said.

Miller said Maroon Vanguard participation has been consistent over the past few years. The concert band program held during the day has seen a large uptick in participants this year, increasing from 77 to 90. He hopes more students in the day program will translate into more extracurricular participation in the future.

Miller said this will be his last year full-time in the classroom at Auburn High School, but he intends to be involved with the marching band for at least another year afterward. He has seen colleagues at other places who "stick around just a little bit too long" and get burned out, he said. Miller, who has been with the Auburn Enlarged City School District overall for over 20 years, said he loves working with students, conducting and performing, and he doesn't want that to change.

"I want to step away from this still loving what I do," he said.

Miller added that there are other opportunities he still wants to pursue while he's still able to, so he believes "now is a great time to make that transition."

"I have a great group of seniors," he said. "And I tell them, 'We're going to graduate together.'"

SYRACUSE — In their biggest performance of the year, the Auburn and Jordan-Elbridge marching bands both took inspiration from the history books.