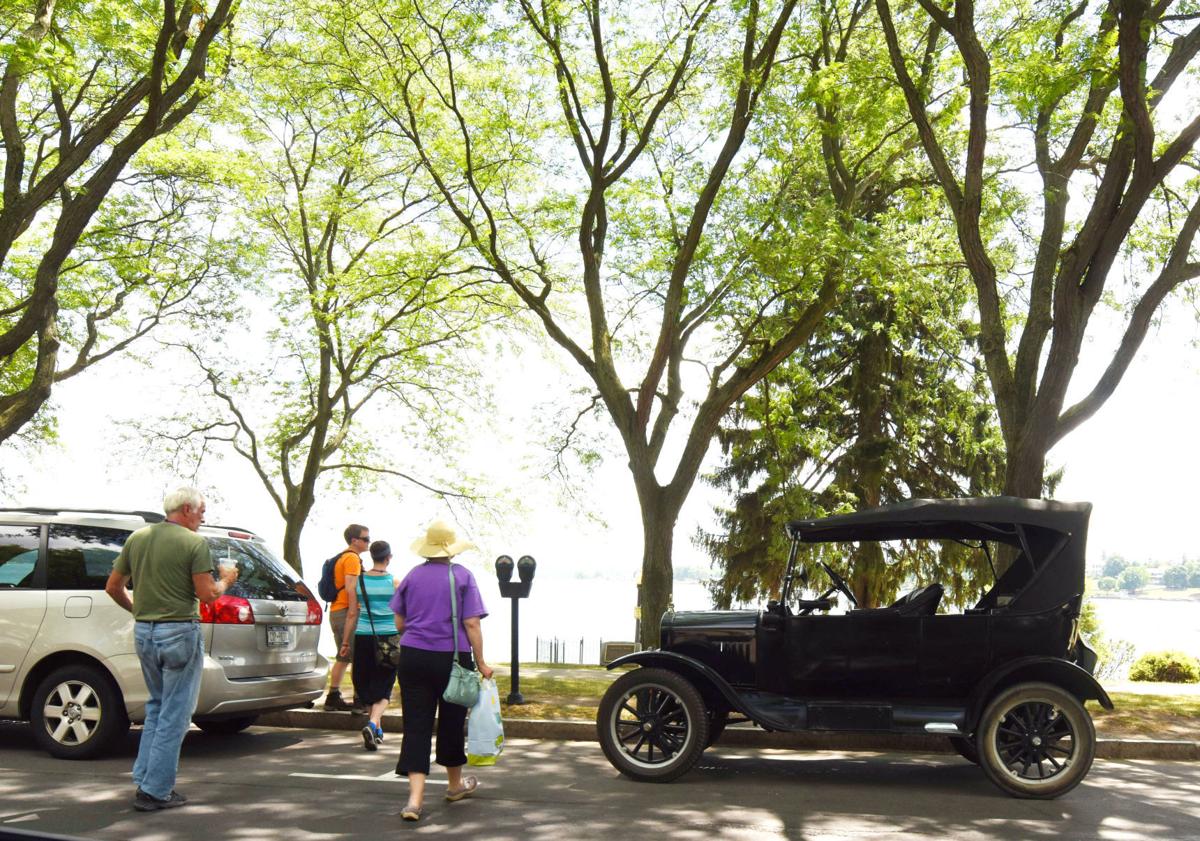 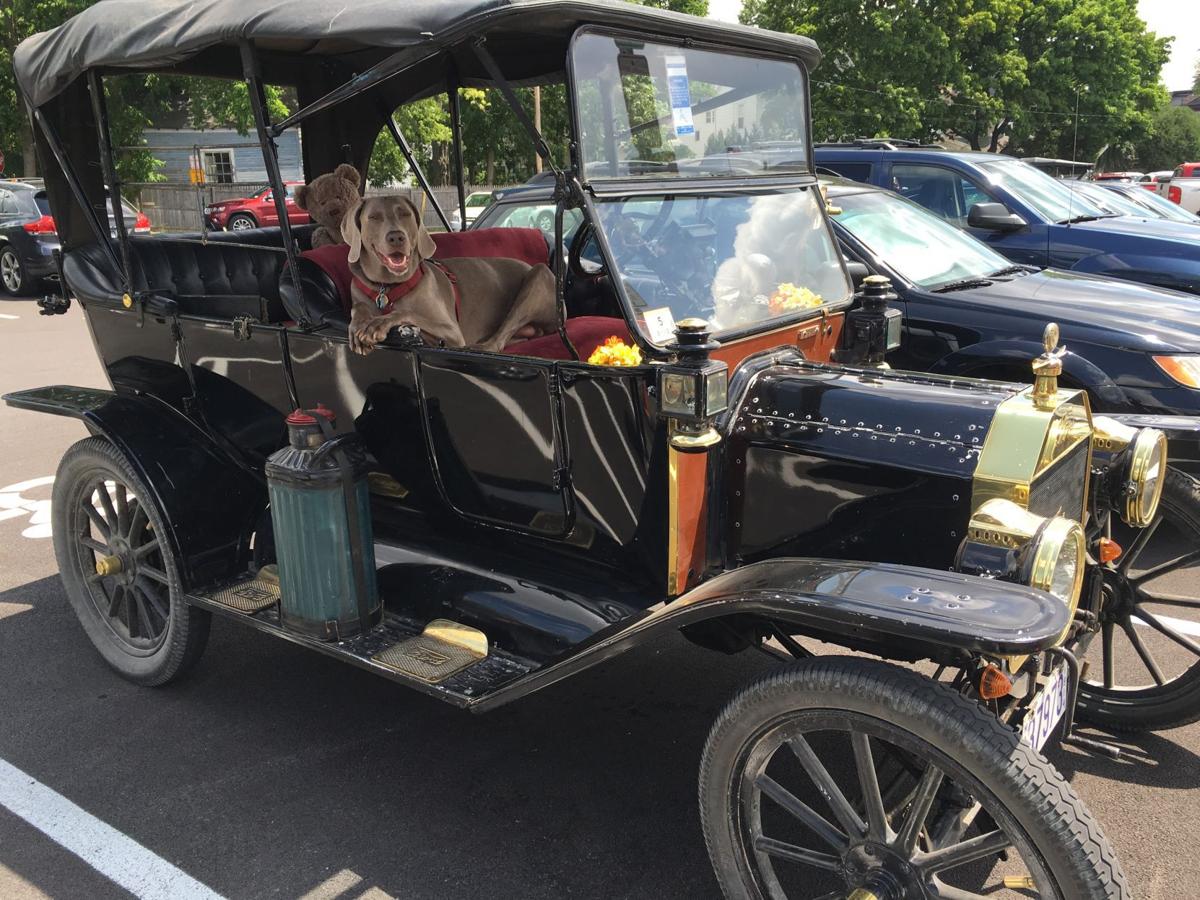 A dog "Luke" sits in a Model T in Skaneateles Friday. 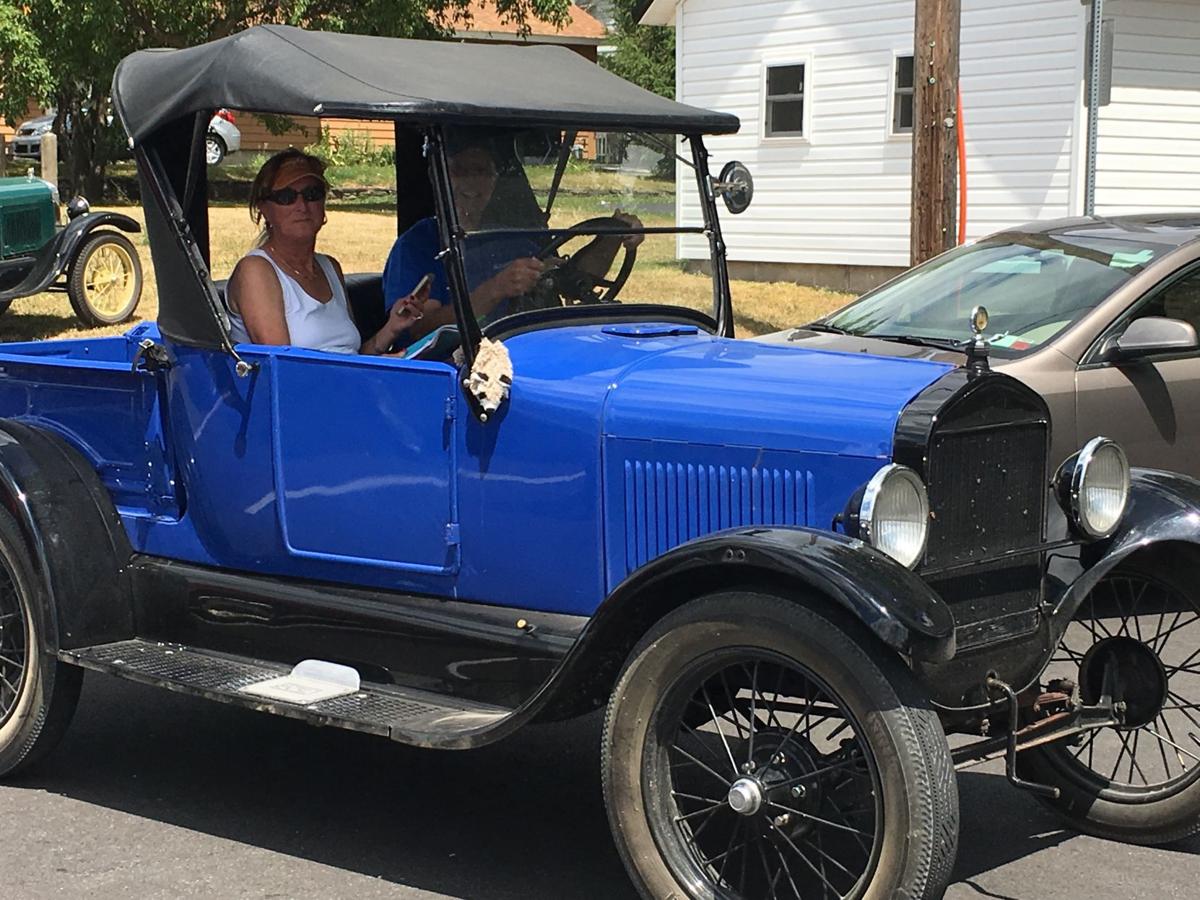 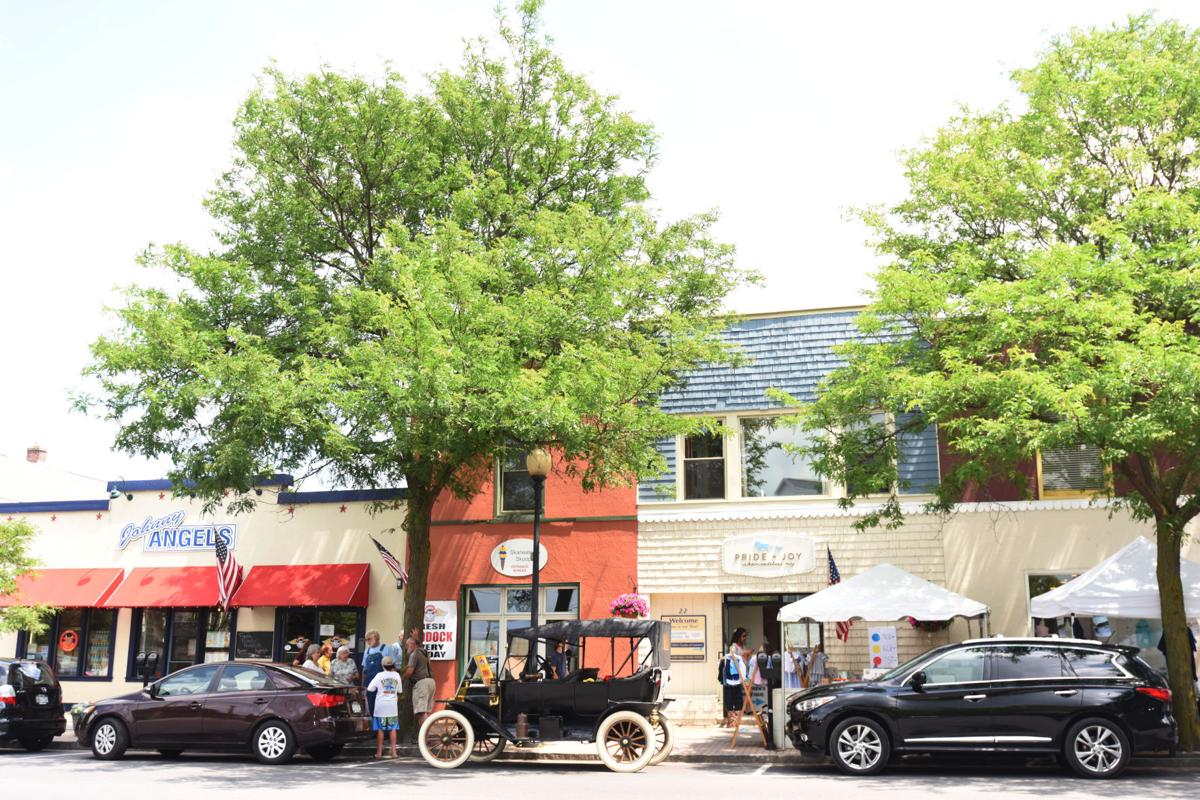 SKANEATELES — When David and Kristi McBride left their home in Texas last week for a tour in central New York, they weren't sure what to expect.

"From Texas, we're thinking busy, big high-rise buildings," David said. "But then we come to Auburn and we take off driving through the rural areas and it's all farming. We had no idea New York was like this."

"We came a long way, but it was worth it," David said smiling. "It was the trip of a lifetime."

Robert Stauffer also came out for the tour, bringing his 1922 Model T Touring from his home in Illinois. He said it was his first time in the Finger Lakes area, which turned out to be the perfect place for a drive.

"There's just a lot of nice scenery up here around the lakes ... and we like going out in the country," Stauffer said, noting the area's hills and gravel roads really added to the tour. "The folks are really friendly around here and it's just a nice place to drive these old cars."

Hannibal couple Dan and Ellen Killecut hosted the tour in Auburn this year, organizing several scenic drives and tourist stops for the long line of Model T's. The tour averaged 100 miles a day from July 17 through July 22 and, according to Model T member Corey White, the Killecuts did a great job planning the event.

"Some of these roads, you'd think you went back 100 years," said White, who drove his 1915 Model T from his home near Canandaigua. "You're chasing chickens and ducks off the roads. It was such a great ride."

Still, while some visitors pointed out the museum tours and antique stores on the trip, the McBrides said there was something they found even sweeter.

A dog "Luke" sits in a Model T in Skaneateles Friday.