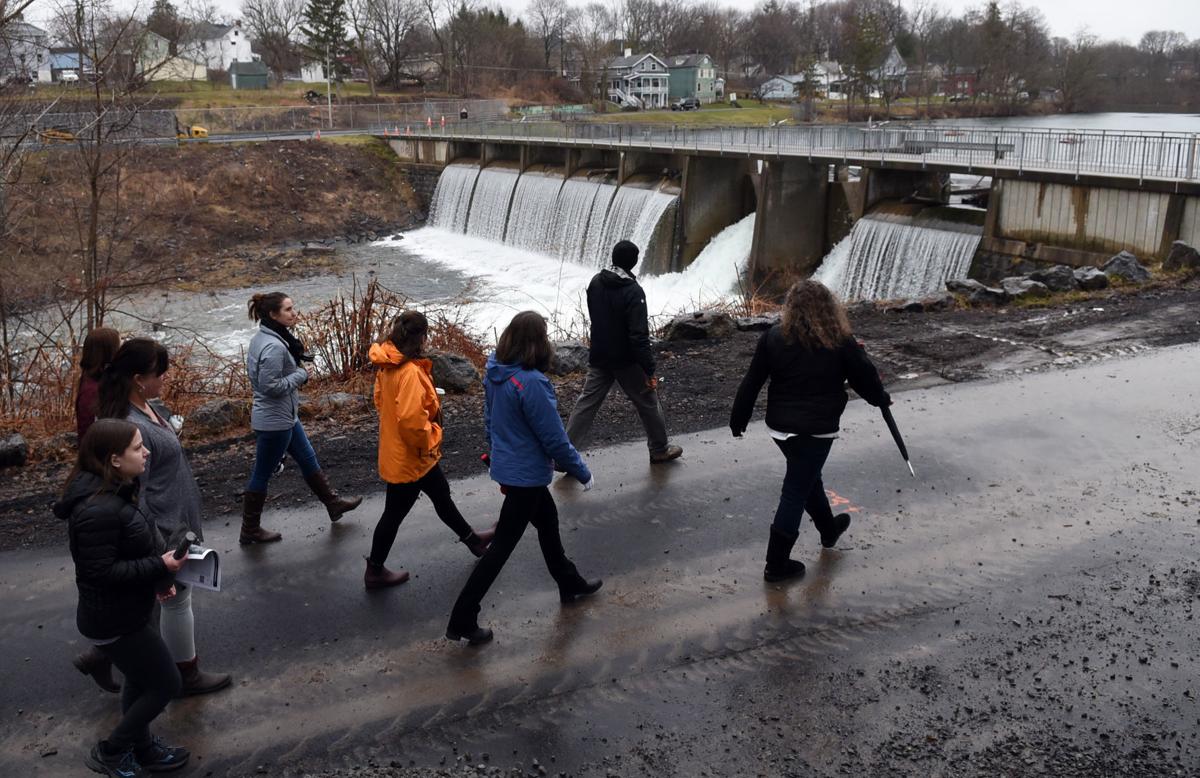 Mark Fenton, a healthy communities expert, leads a walk audit of the newly-created Owasco River Trail in Auburn on Tuesday. 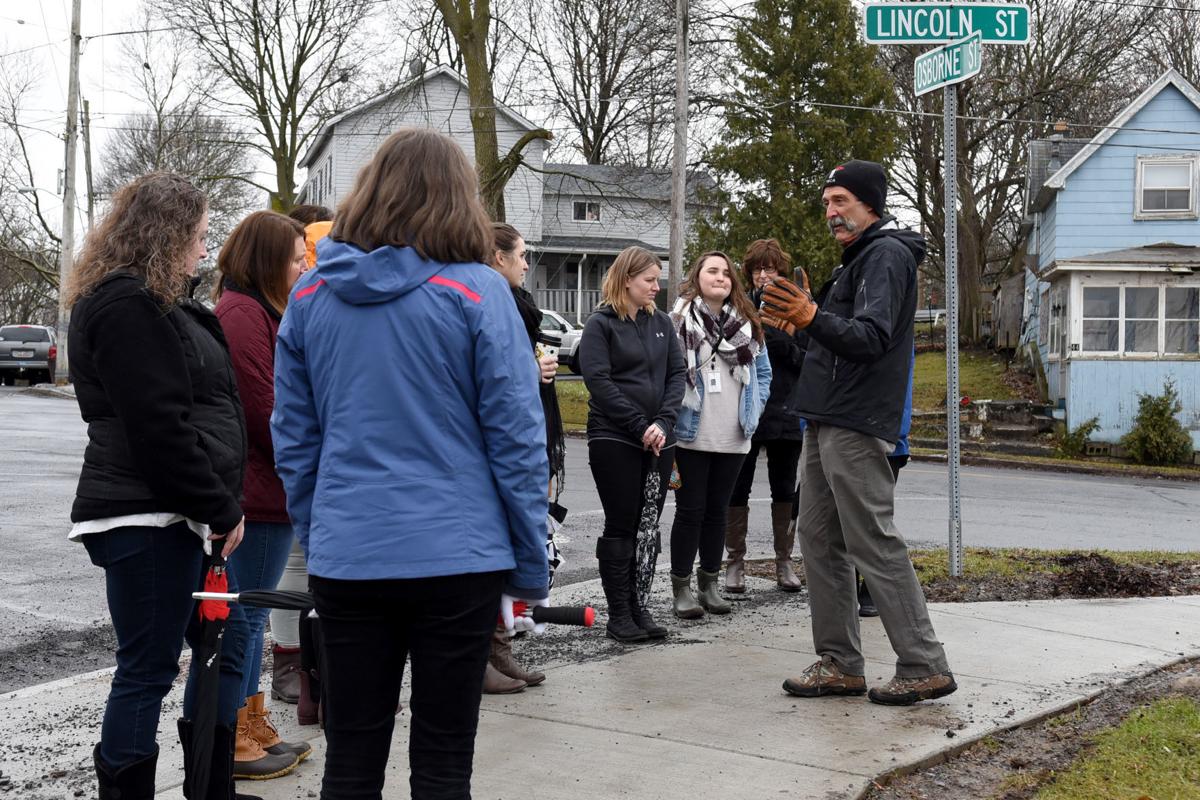 AUBURN — Along with tobacco use and poor nutrition, lack of exercise is the leading cause of chronic diseases in the United States. It's estimated that only 10-percent of American adults get a recommended 30 minutes of physical activity every day.

Public health, planning and transportation consultant Mark Fenton shared those statistics with representatives from ARISE, Cayuga Community Health Network, HealtheConnections, Cayuga Economic Development Agency and the city of Auburn Tuesday during a walking audit of downtown Auburn and the Owasco River Trail. Fenton, who has a master's degree in engineering from MIT and worked previously at the U.S. Olympic Training Center and Reebok, uses his background in engineering and biomechanics to help design communities that support healthier, more physically active lives for its residents.

Before heading out on the walking tour, Fenton shared with the group four broad categories that make a community more walkable: mix of land use, connectivity, site design and safety and access. During the tour, he offered solutions that could be implemented in the city to make it more accessible to active transportation, such as walking or biking.

"There's a body of evidence that says you can build places where people will tend to be more physically active even if they don't choose to, just by daily life," Fenton said.

The tour began at the ARISE office on Lincoln Street. At the corner of Lincoln and Osborne streets, behind Stryker Homes, Fenton stopped and asked the group to rate the walkability of the path they had just taken. Many on the tour agreed that the path felt safe and provided easy access to downtown Auburn, but said they were concerned about the steep incline of the path.

Next, the tour continued left down Osborne Street to the intersection of Canal Street, where the first portion of the Owasco River Trail is under construction. The tour followed the trail to the intersection of Logan and Osborne streets. There, the group listed some positives and negatives about the trail. Many enjoyed the new, smooth asphalt path, the ability to walk among nature and being set off from the traffic. However, some felt the trail's seclusion was unsafe and others were concerned that residents might not know the path exists.

Finally, Fenton led the group down Osborne Street and Loop Road, past Wegmans, to the corner of Genesee and South streets. Fenton pointed out the uneven brick sidewalks could be a tripping hazard and noted the area had a mix of residential spaces, retail, businesses and restaurants.

"It is going to be so good for the businesses downtown," he said. "They need to know that as a guy who's worked on this all over the country, I can tell you without reservation that people will be thrown by it at first, some people will be unnerved by it, but the benefits long term will be tremendous. It's going to make it a safer, calmer Genesee Street."

Overall, Fenton said he was "really pleased" with what he saw in Auburn. He said Genesee Street was inviting and praised the Owasco River Trail project because it connects parts of the city on each side of the river and makes it easier for residents to walk into downtown to get to the shops, restaurants and businesses.

"There's clearly been some energy devoted to downtown," he said.

He said he was "discouraged" by Loop Road. He suggested reducing the road from four lanes to three and using the extra space to improve sidewalks for pedestrian use.

The Cayuga County Health Department reported six newly confirmed cases of the coronavirus this week, with one additional resident in the hospi…

UPDATE: The Cayuga County Health Department released an updated map on Thursday after discovering an error. There were cases counted in Moravi…

Mark Fenton, a healthy communities expert, leads a walk audit of the newly-created Owasco River Trail in Auburn on Tuesday.