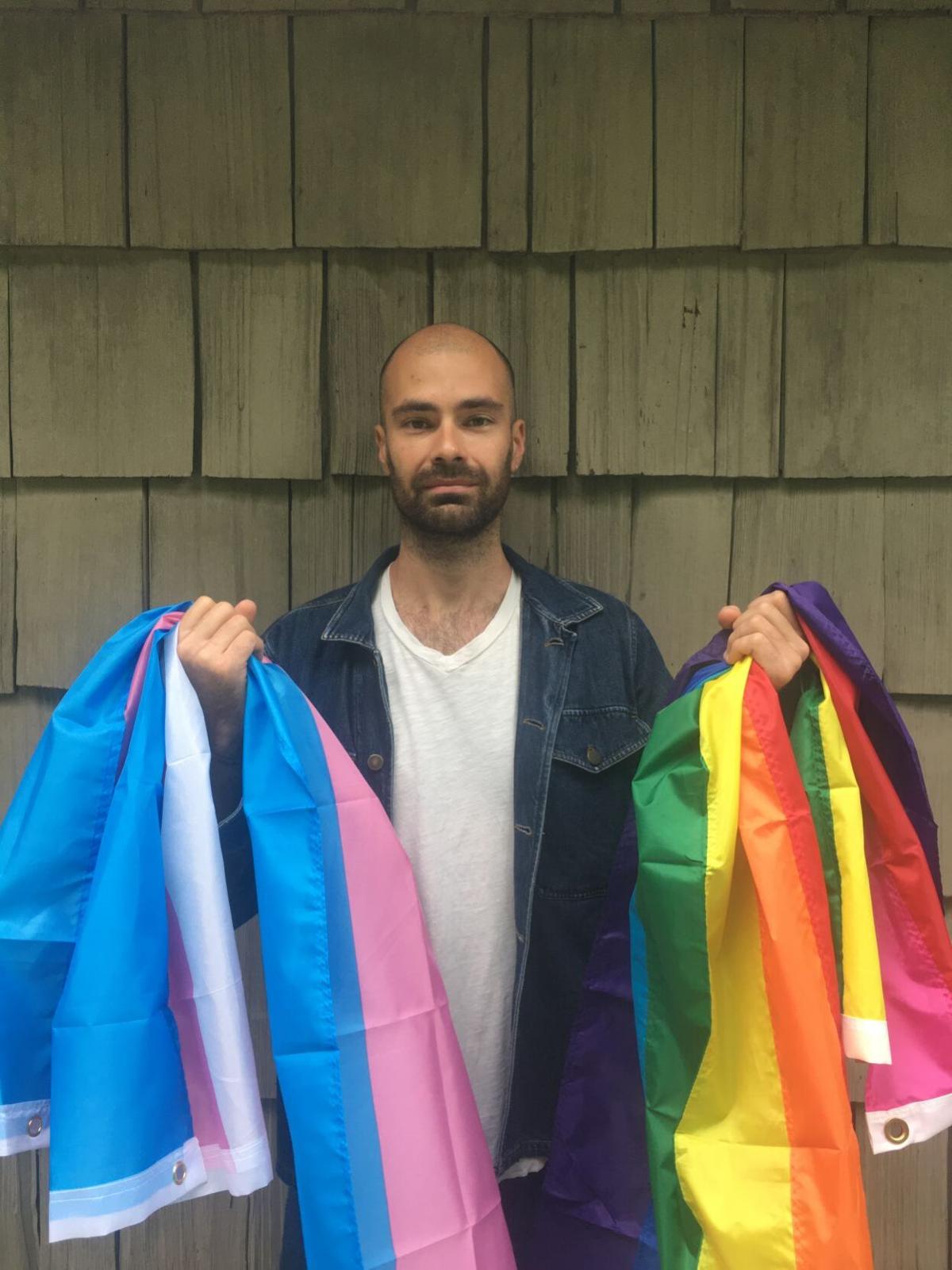 Zack Ford plans on protesting the village of Skaneateles' decision not to fly the Pride flag at its offices. 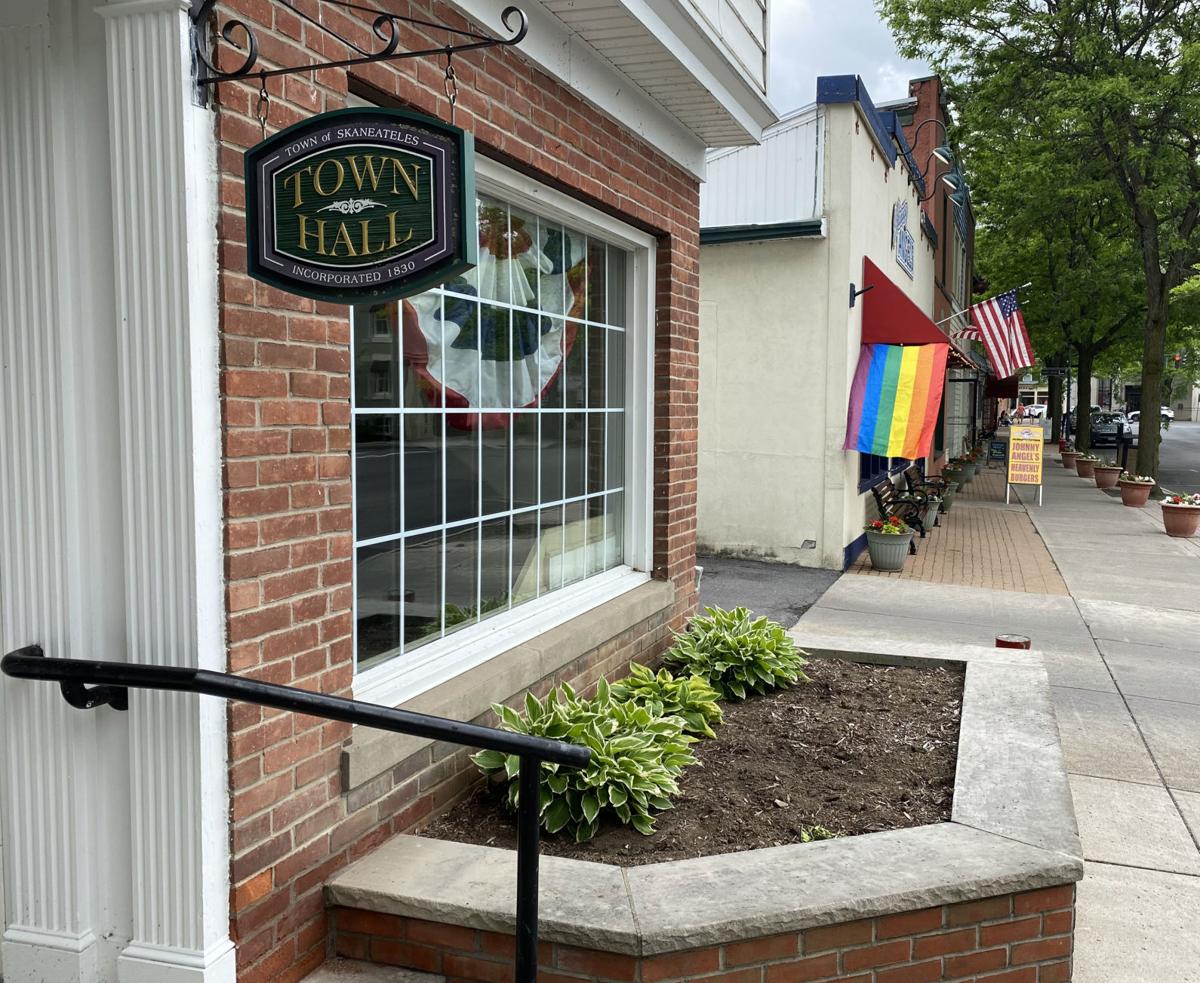 A Skaneateles man has announced plans to protest the village's decision not to fly the Pride flag at its offices this month.

In a Facebook post Tuesday, Zack Ford said he will march the flag from the Clift Park gazebo to Skaneateles Village Hall at noon Friday, June 5, and will be "planting it there with my own two hands."

Ford's protest is the latest development in his efforts to see the village fly the rainbow flag at its offices during June, which is Pride Month.

The national celebration promotes the equality and visibility of people who are lesbian, gay, bisexual, transgender, queer/questioning, intersex, and asexual or allied. It takes place in June in commemoration of the Stonewall uprising that month in 1969 in New York City, the beginning of the modern gay rights movement and inspiration for the first Pride marches in America.

Ford previously asked the village of Skaneateles to fly the Pride flag at the beginning of June last year. After initially saying it couldn't because of the timing of the request, the village flew the flag for the last three days of the month. The board voted 4-1 to do so, the "no" vote being Mayor Martin Hubbard.

This year, however, the village preempted Ford from repeating his request by passing a unanimous resolution March 28 to fly only the U.S. flag at its offices.

Ford believes the resolution is another example of a personal vendetta Hubbard has developed toward him. Since 2017, Ford has accused the mayor of breaking environmental law and polluting Skaneateles Lake, and petitioned the village to ban the use of herbicides Roundup and TruGreen in the lake's watershed. Ford plans on running for the mayoral seat in 2021.

That history, along with Ford's efforts to see the Pride flag flown at village hall last year, led Hubbard to ban Ford from contacting the village or setting foot on village hall property in September. The mayor rescinded the ban later that month after being contacted by the American Civil Liberties Union, which called the ban "an affront to the First Amendment and the core values of our democracy."

Now, Ford believes that vendetta has led Hubbard to act against the will of his constituency. The change.org petition to fly the Pride flag at village hall has more than 1,050 signatures as of 2:30 p.m. Wednesday — a number that dwarfs the 414 votes that reelected Hubbard, Ford said. (The petition can be signed by anyone, not just village residents.)

The flag would also mark a gesture of inclusion toward many more people, said Ford, who called himself an ally to the LGBTQIA community.

Those people include his friend Mason Drastal, a gay man and Skaneateles native who now lives in Portland, Oregon. Along with authoring the petition, Drastal is the founder of Skaneateles Pride, and the new organization will host the village's first Pride celebration on Saturday, June 20. The event will be online due to the COVID-19 pandemic.

Thursday, both Ford and Drastal called into the village board meeting to publicly comment on the village's refusal to fly the Pride flag. Ford said he was muted the first time he tried to comment, and hung up on the second time. The only thing the board said about the situation was that it had received emails concerning it.

Were he allowed to comment, Ford would have asked why the board passed the resolution to fly only the U.S. flag. According to the minutes from that meeting, Trustee Greg Eriksen said it would be difficult for a municipality the size of Skaneateles to distinguish "legitimate requests from disingenuous requests." However, Ford shared with The Citizen a Freedom of Information Law request he submitted to the village last month for any records of requests to fly other flags. The village produced none, citing a policy of not accepting requests to fly "secondary flags" as of June 27, 2019.

Ford believes this proves that the board's reasoning for the resolution is "complete hogwash."

When reached for comment Wednesday, Mayor Hubbard requested that any questions be sent through email. He did not respond to a question about Ford's accusation of a vendetta. When asked to comment on Ford's contention that the village hasn't received any "disingenuous" flag requests, Hubbard answered, "If it's not in writing, it didn't happen. I'm done."

As he prepares his protest Friday, Ford takes heart in the fact many Skaneateles businesses have flown the Pride flag, as well as surrounding municipalities like Auburn and Solvay. He presented the flag to the latter's mayor, Derek Baichi, on Monday, the first day of Pride Month, and it was raised that afternoon.

Still, Ford is resolved to continue his efforts to see his hometown formally recognize Pride Month, and the diversity of people it recognizes.

"These people don't scare me," he said of the village board and Skaneateles police. "I'm doing this for my friends. I have friends represented by every letter of LGBTQIA."

The COVID-19 pandemic won't stop the city of Auburn from celebrating Pride Month in June.

After protesting the Skaneateles village government because it would not fly the Pride flag at its office, a man who plans to run for mayor in…

Zack Ford plans on protesting the village of Skaneateles' decision not to fly the Pride flag at its offices. 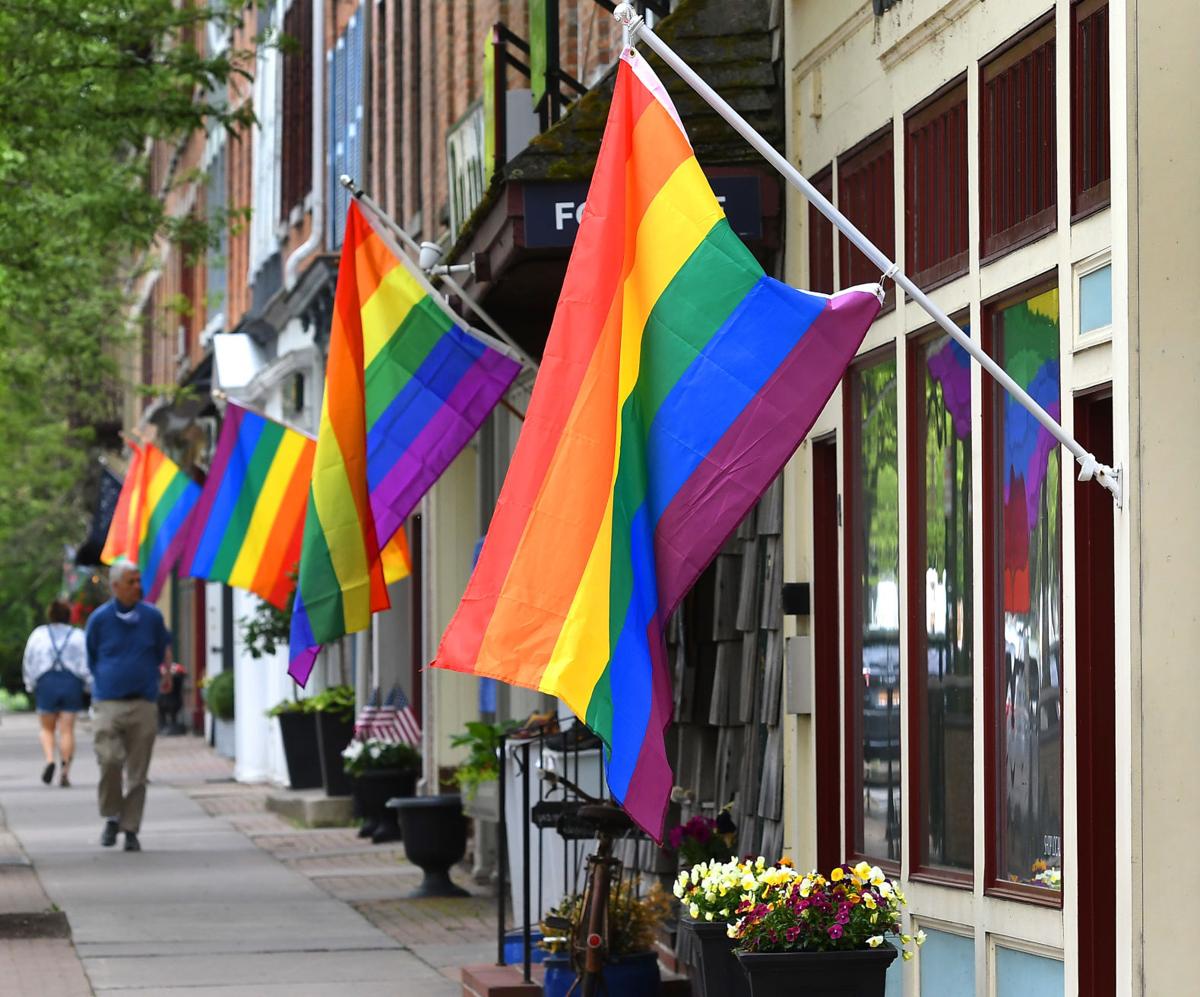 Businesses fly the Pride flag in the village of Skaneateles.