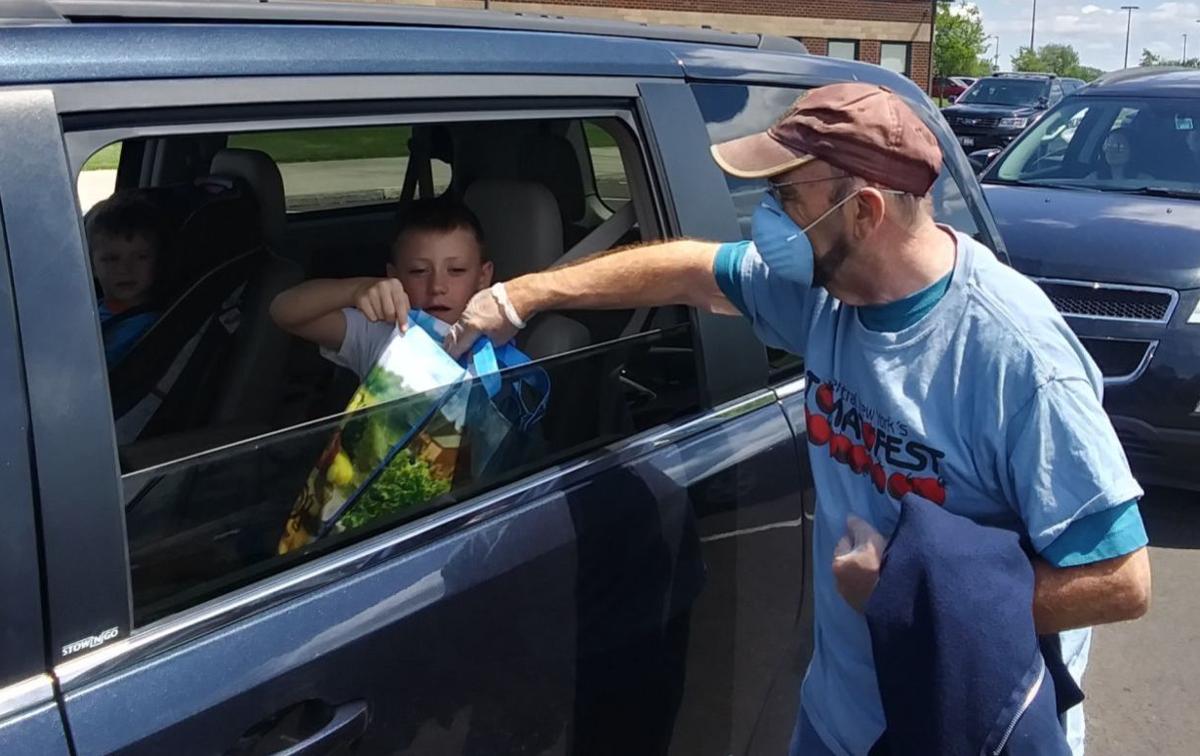 Carter Mulholland, 6, left, hands a bag of goods to volunteer Tom Falicchio during a food drive at the Cayuga-Onondaga BOCES campus in Aurelius Saturday. 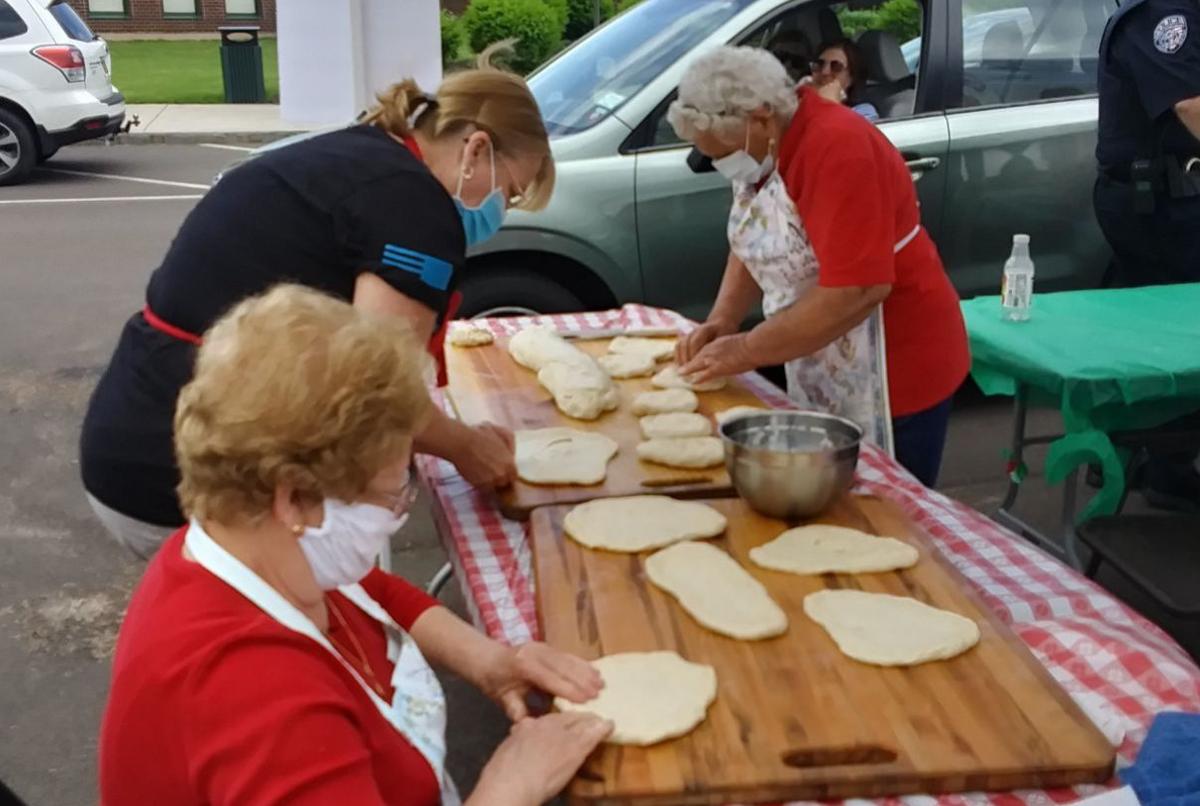 Volunteers with the Cultural Italian American Organization prepare pizza fritte during a food drive at the Cayuga-Onondaga BOCES campus in Aurelius in May.

AURELIUS — With live music blaring and smatterings of people standing in proximity to one another, the food drive at the Cayuga-Onondaga BOCES campus Saturday resembled something Cayuga County has lacked in recent months: a public event.

A drive-thru food drive to benefit county food pantries was held by the Cayuga County Sheriff's Office, the Auburn Police Department and volunteers with TomatoFest of Central New York at the campus in Aurelius. People donated non-perishable food, canned food, laundry items and personal hygiene products from their vehicles.

Pizza frittes crafted by the Cultural Italian American Organization were also available, with the proceeds also set to go to pantries. At one point, the cars in line stretched to the campus entrance. Volunteers took bags of food from people's cars while members of Perform 4 Purpose belted out songs for those waiting in line.

Cayuga County Sheriff Brian Schenck, who greeted drivers while wearing a face mask, said he had heard local food pantries have been struggling during the COVID-19 pandemic, so he reached out to the Auburn Police Department and volunteers with TomatoFest, an annual event that supports area pantries. TomatoFest personnel conducted most of the planning, Schenck said, as they have experience with this kind of event, but this event was tweaked to be a drive-thru to allow for social distancing.

"For me, there's just no excuse for people in our community to be hungry, and I think it's just a great feeling to see so many people support others that need the help," Schenck said.

Gilda Brower, the organizer for TomatoFest, said she was resisting the urge to hug people and shake their hands at the event but loved the community support. Since TomatoFest won't be held in its traditional form this year, Saturday's event served as a way to still help those who require assistance. She noted more cans had been collected at Saturday's drive-thru than during normal TomatoFest events.

Local need for food pantries has only accelerated during the pandemic, Brower said. With obvious excitement in her voice despite the mask she wore, she mentioned TomatoFest received an $18,000 grant from the Cayuga Community Foundation, so $2,000 was distributed to nine pantries across the county. She said she was pleased by all of the support for Saturday's event.

TomatoFest volunteer Janice Sanders said seeing the amount of contributors that poured in and the number of attendees was overwhelming. Many of the people who have needed pantries due to the effects of the pandemic "have never relied on anything like that before in their lives." Despite those alarming numbers, she said she was heartened by the drive-thru.

"It's just everyone working together as only could happen in Cayuga County," Sanders said.

Sue Norton, the coordinator for the St. Alphonsus Food Pantry, who was in line, said while things have been tight at the pantry, people have steadily donated throughout the pandemic. Another person in a car in line, Dawn Locastro, said it was nice to be outside, even if it was from her vehicle. She was happy to see people contributing to a good cause.

"I'm glad they're doing something like this," she said. "Anything that helps stock the shelves."

Each year Tomatofest hosts an annual event to raise financial and non-perishable donations for local food pantries. With the events of Covid-1…

People donate goods and wait in line in their vehicles during a food drive at the Cayuga-Onondaga BOCES campus in Aurelius Saturday.

Gov. Andrew Cuomo holds the daily state coronavirus briefing on May 31, including an announcement related to the resumption of dental services.

Carter Mulholland, 6, left, hands a bag of goods to volunteer Tom Falicchio during a food drive at the Cayuga-Onondaga BOCES campus in Aurelius Saturday.

Volunteers with the Cultural Italian American Organization prepare pizza fritte during a food drive at the Cayuga-Onondaga BOCES campus in Aurelius in May.