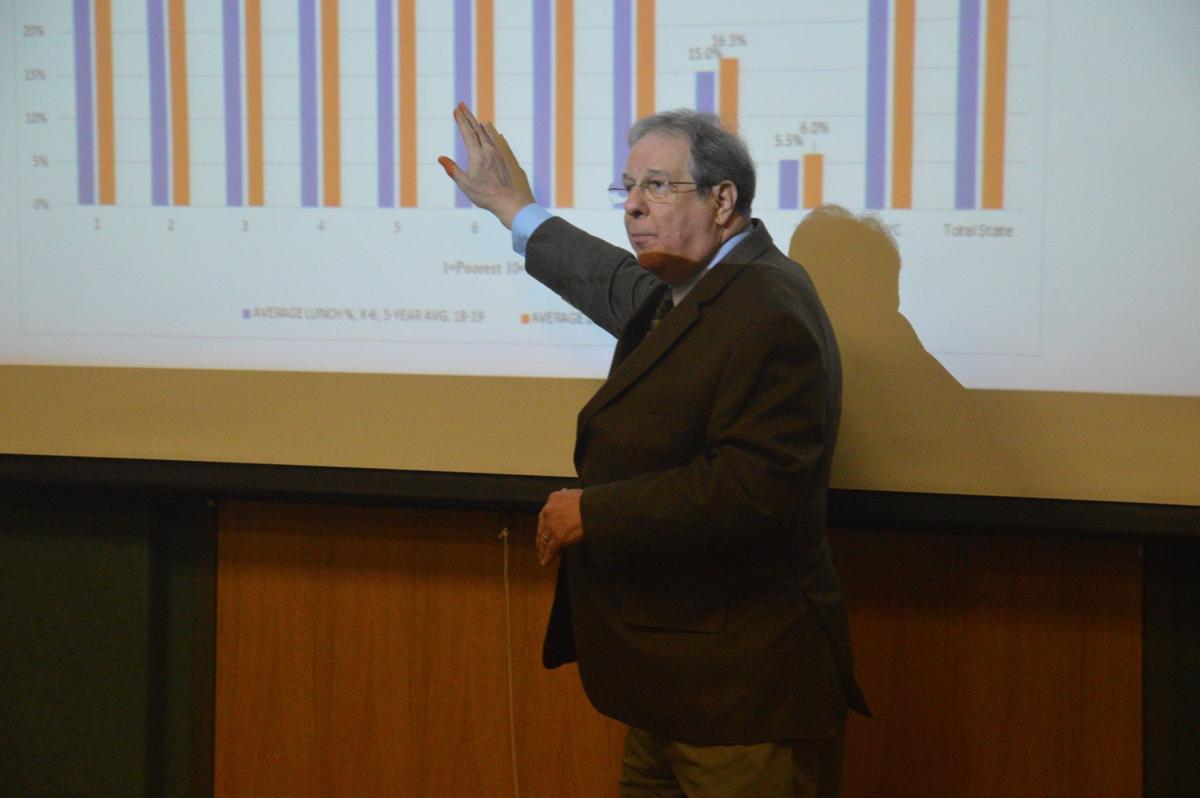 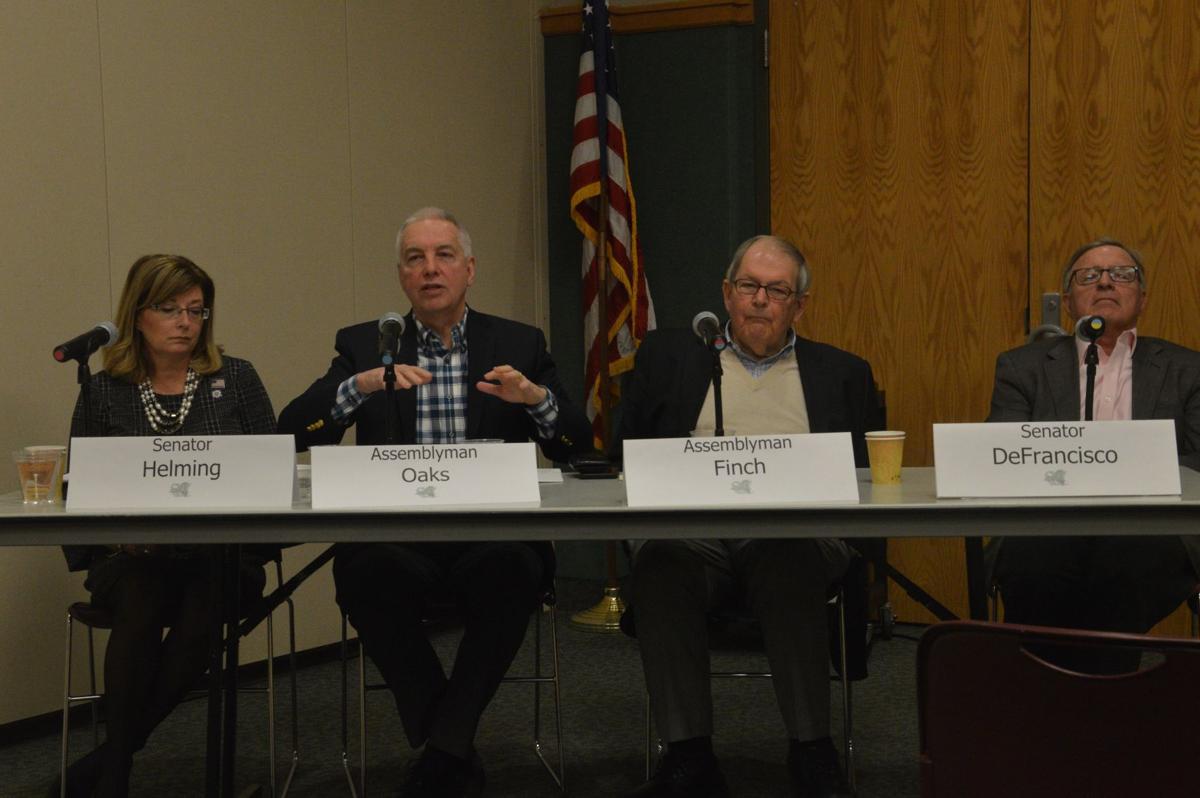 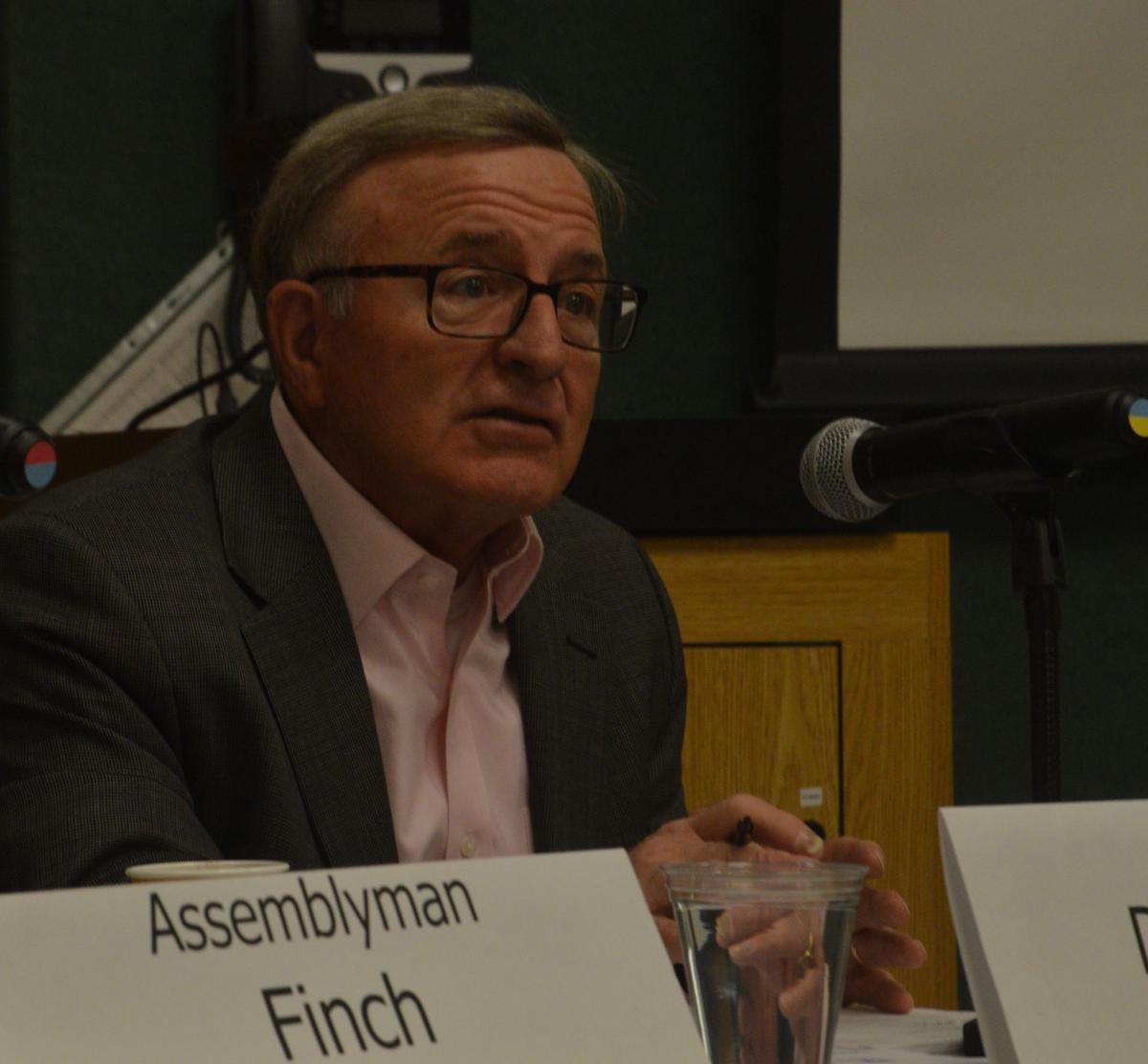 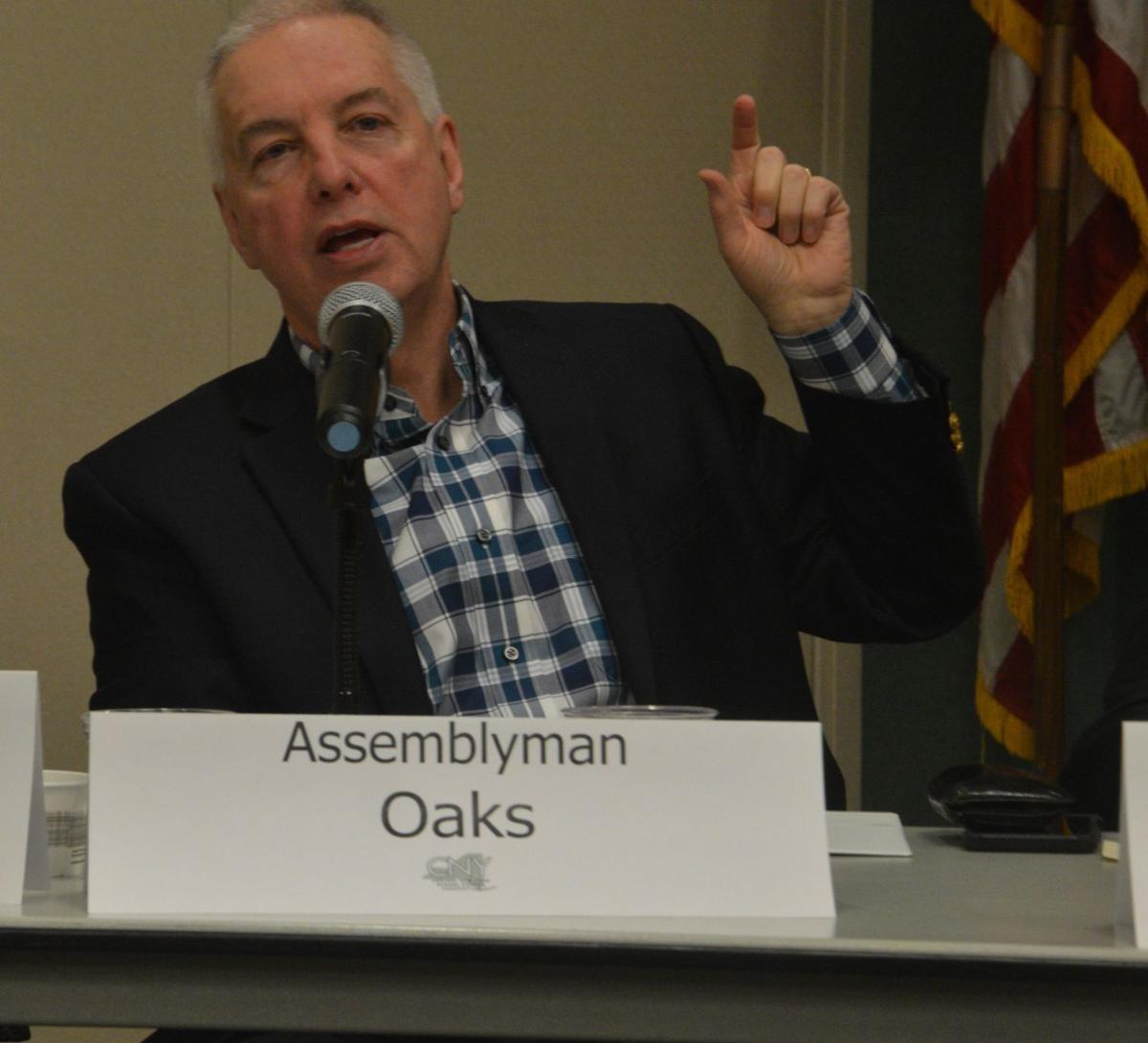 Dr. Rick Timbs, executive director of the Statewide School Finance Consortium, which advocates for equatable state aid among state school districts, gave a presentation outlining the budget proposal and the effects the executive budget would have on Cayuga County districts.

Timbs said that while there were efforts in the proposal to provide equity to the poorest districts in the state, districts that are not among the absolute poorest, such as Auburn and Port Byron, were not granted large amounts of state foundation aid. Foundation aid is the base aid school districts receive.

He also noted that some wealthier districts in the state were given larger aid boosts than some poorer districts and suggested some alterations to the foundation aid formula. Timbs noted that districts have been balancing more services for children in recent years, such as health care, social services and summer programs.

"Give me a list of things of what things you want to be unsaddled from, what things that — I hear 'unfunded mandates' (all the time), but the fact of the matter is, what can we do to make your districts less costly, really less costly?" DeFrancisco said.

"This isn't school any more, this is school, summer camp, home and everything else and you're asked to do that on the same money that you're supposed to run a school district."

Auburn Enlarged City School District Superintendent Jeff Pirozzolo also thanked legislators for their past efforts assisting Auburn and expressed frustration with trying to get more state aid. He referenced past issues the district has experienced, such as staff cuts and the shutdown of West Middle School in 2011.

"Every year we sound like a broken record, and I know you're all hearing us say that year in and year out, but we're frustrated because we don't know what else to do. We've closed schools down, we've laid off teachers, we've consolidated services. Our numbers are getting up to 25 kids a class, (for) high school, up to 30 children a class," Pirozzolo said.

Pirozzolo asked legislators what else districts can do to advocate for their schools. Helming replied, saying it would be helpful for local districts to come together with a unified advocacy message for next year's budget.

"I don't have an answer to that, but one of the things that I'm learning is that it seems like some school districts vary in what component of the (foundation aid) formula they want adjusted, so there's no consistency there," Helming said. "Which makes it really difficult to say, 'Fix the formula.' Fix it how?" Helming said.

Helming also mentioned the 2015 lottery win the Port Byron district has argued is at least partiality to blame for the potential $358,000 loss in state aid the area faces in Cuomo's budget proposal. She said she has been speaking with the state Senate Finance Committee about the issue.

After the meeting, Pirozzolo said there are some different ways he can advocate for Auburn, such as lobbying for the elimination of proposed competitive grants. The state budget proposal includes an additional $50 million for the grants. The grants, which began with the 2011-2012 enacted budget, are used "to encourage school districts to implement innovative approaches to achieve academic gains and management efficiency," according to the state website. Grants are given to districts "exhibiting either dramatically improved performance or innovative management."

Pirozzolo said he feels Cayuga County school districts are consistent in their message.

"As far as all of our districts, I think we already do come together. I mean, our county we go with the same message, because we lobby (in Albany) in March and we go in with the same worksheet," Pirozzolo said.

'Large sum' of cash found in Auburn returned to its owner

The "large sum" of cash found by the owner of an Auburn restaurant turned out to be $2,000, and it's now back in the hands of the person who lost it.

Police are investigating a motorcycle accident that seriously injured an Elbridge man on Saturday.