For the second straight month, the unemployment rate in Cayuga County was up from a year ago.

The county's July jobless rate reached 4.9 percent, up from 4.8 percent in the same month of 2016, according to a report released Tuesday by the state Department of Labor. The local rate in June, at 4.6 percent, had also been a 10th of a percentage point higher than the prior-year level.

Cayuga County's unemployment rate was above the national level of 4.6 percent and even with the New York state rate. Those figures were not adjusted for typical fluctuations based on seasons.

The Cayuga County rate was 34th lowest in the state out of 62 counties. Columbia County had the lowest rate at 3.6 percent, while St. Lawrence County's 6.9-percent rate was the highest.

In a separate report issued last week, the labor department said employers in Cayuga County filled 26,200 jobs in July, a decrease of 600. The losses all came from the private sector, for which 20,100 jobs were reported.

The massive winter storm moving up the East Coast is expected to deliver heavy snowfall and strong winds to the Cayuga County area.

The following closings, cancellations and delays have been reported for Tuesday, Jan. 18:

Sean Kirst: The Blue Lights of Auburn – a sign of the times at Bills games

Fans from years ago may remember a sign – once a staple at Buffalo Bills games – that read, "The Blue Lights. Auburn, N.Y. Go Bills." Here's the story behind the sign. 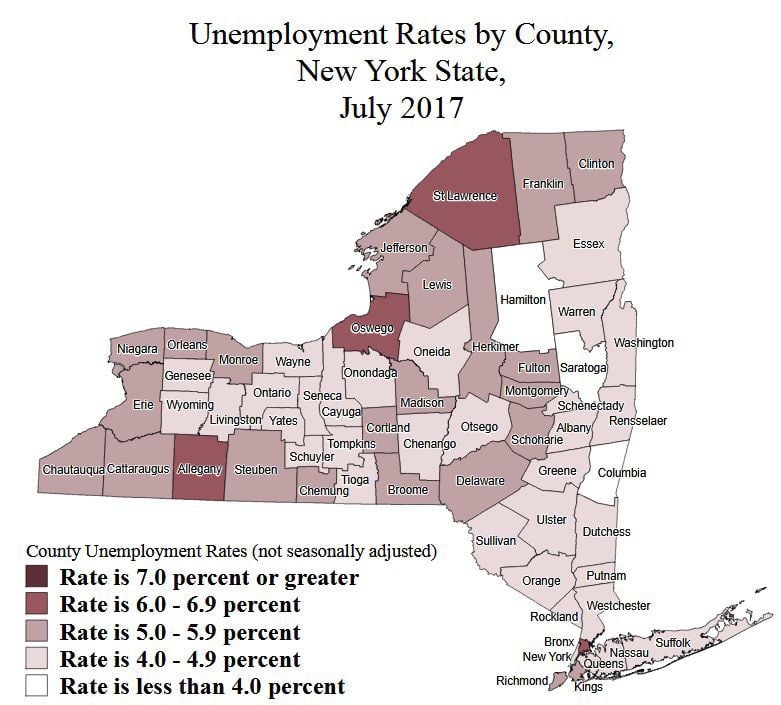 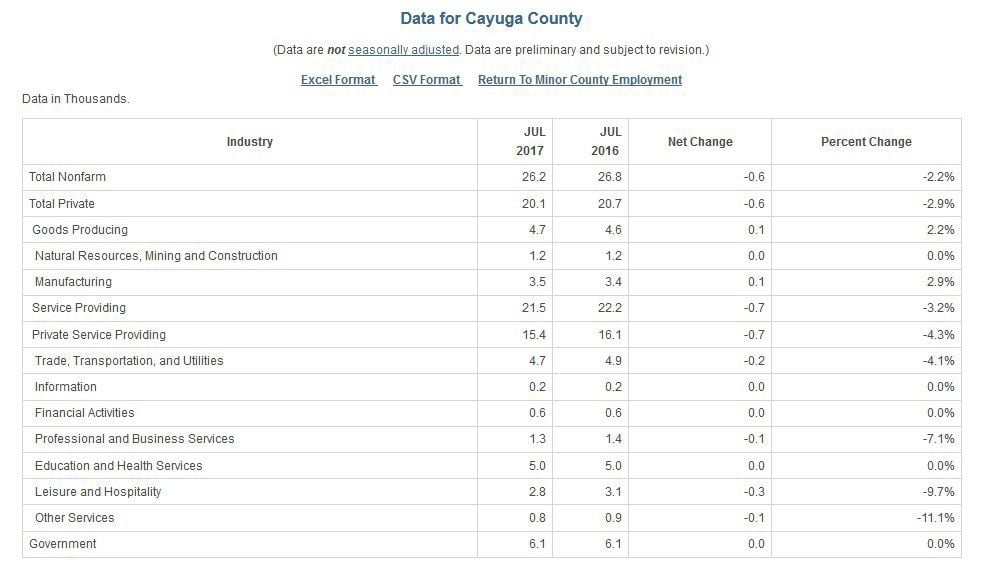