Reports: 6 or more killed in shooting at Molson Coors in Milwaukee 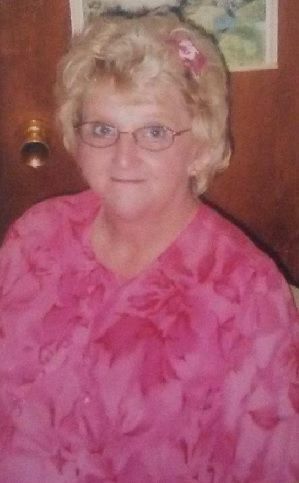 Geraldine was a lifelong resident of Auburn; she retired from Auburn Nursing Home.

In addition to her parents, Geraldine was predeceased by her husband, Donald Reed; her ex-husband, Richard Gordon; and sisters, Pat Smith and Judith Smith. 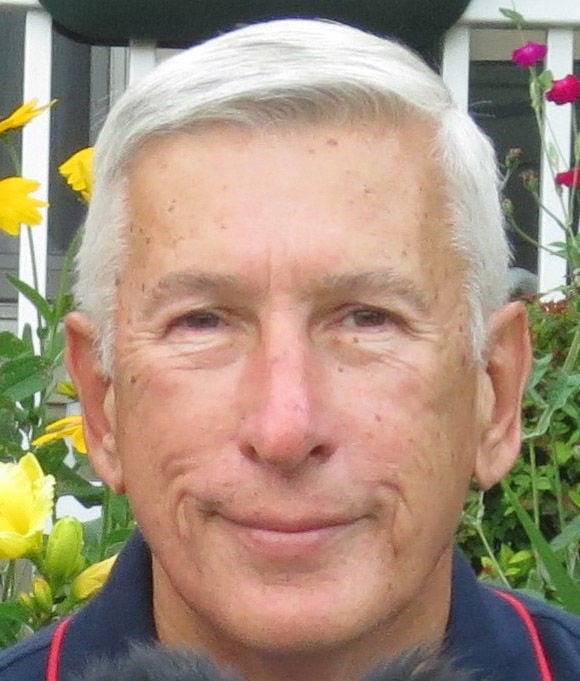 Son of the late Michael and Mary (Murinka) Bolak and a lifelong resident of Auburn, Michael attended SS. Peter and Paul School and Central High School (class of 1964). Shortly after high school, Michael enlisted in the U.S. Army. A decorated Vietnam War veteran, Michael was a Sergeant with the 9th infantry division and was stationed in Camp Jackson, Korea, and the Mekong River Delta, Vietnam.

Following his return from Vietnam, Michael began his career at AT&T. While working full-time, he earned two associates degrees in criminal justice and business management from Auburn/Cayuga Community College. During his tenure with AT&T, Michael worked in Syracuse, White Plains, and Rochester and held the position of National Service Manager for the Xerox account. After nearly 35 years with the company, Michael retired in 2003.

Over the years Michael enjoyed boating on Owasco Lake, collecting antiques, and was an avid deer hunter. He was a member of the Falcon Sportsman’s Club, Telephone Pioneers of America, and served as a volunteer on the board for Empire Federal Credit Union.

Michael is survived by his wife of 50 years, Allison (Hedges), of Auburn; two daughters, Elizabeth (Steven Grosz) and Sarah (Ephrem Shiferaw); and two granddaughters, Madison and Mackenzie Grosz, all of Northern Virginia; his brother, Robert, of Saranac Lake; and several aunts, uncles, and cousins.

Friends are invited to call from 4 to 7 p.m. Tuesday at the Plis Funeral Home, 220 State St., Auburn. Funeral services will be at 10 a.m. Wednesday at the funeral home. Burial with Honors will be in St. Joseph’s Cemetery.

Contributions in Michael’s name can be made to Hospice of the Finger Lakes, 1130 Corporate Drive, Auburn, NY 13021 or the Gary Sinese Foundation for Veterans (online) or P.O. Box 368, Woodland Hills, CA 91365. 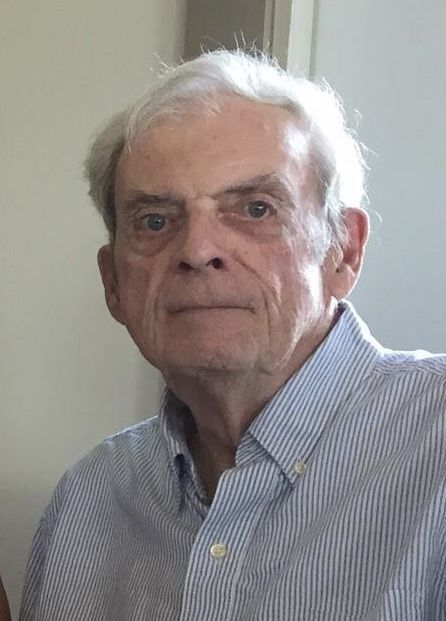 Mr. Kahl was born in Auburn on Feb. 11, 1936, the son of Joseph Robert and Helen Malone Kahl. As a lifelong member of the community, he had coached both Pop Warner football and Little League baseball. He was also a member the Board of Directors for Auburn Community Baseball at Falcon Park. Mr. Kahl was an avid golfer and was a former member of Auburn Country Club. He had retired from Julius Kraft Co. after many years as a salesman. In 1993, Industrial Distribution magazine had named him salesperson of the year.

Mr. Kahl was predeceased by his wife, Barbara Kahl, in 2016, and his sister, Eileen Casper.

Services will be held privately and at the convenience of the family.

Buddy was born on May 21, 1952 to the late John and Joan Cartner Oliver Jr. He was one of 12 children. He was avid Yankees fan and loved crossword puzzles. He worked as a machine operator for many years at Avstarr Fuel Systems.

He is survived by his significant other of 26 years, Tammy; three children; six grandchildren; and five great-grandchildren.

At Buddy’s request, there will be no visitation or service.

Brew Funeral Home, 48 South St., Auburn, is in charge of the arrangements.

BROWN, Eleanor M., 91, of Cato, died Jan. 13, 2020. There will be no calling hours. Services will be private. Audioun Funeral Home LLC has charge of arrangements.

KAHL, Mr. Robert J., 83, of Schwartz Towers, Auburn, died on Wednesday, Jan. 15, 2020. Services will be private and at the convenience of family. Arrangements are with Farrell’s Funeral Service, Inc., 84 South St., Auburn.

Born in Auburn, she was the daughter of the late Ralph Main and Carol Patterson.

She is survived by her siblings, Keith, Debbie, Kim, Ken, and Shaunna; her son, Trystan (Lindsey Cunningham) Williams and their son, Eli Williams; her mother-in-law, Donna Williams Crouch; and by various aunts and uncles.

There are no calling hours or services at this time.

Please visit www.Langhamfuneralhomellc.com to leave a condolence for the family. 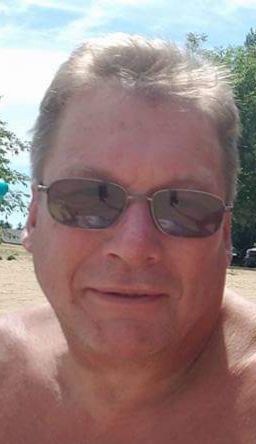 Born in Auburn, he was the son of the late Frederick and Joan Kimball Crook. Keith was a graduate of East High School and was an Army veteran serving his country from June of 1974 to March of 1975 when he was honorably discharged. Keith retired from Auburn Community Hospital where he was employed for more than 20 years as a maintenance man. Keith was an avid outdoorsman that loved hunting and fishing; other than his home his favorite place was on Lake Ontario in his boat fishing for salmon with his family and friends onboard.

He was predeceased by his parents, Frederick Paul Crook and Joan Crook, and his nephew, Nicholas DeSocio.

There are no calling hours or services at this time, but a celebration of Keith’s life with be held at the convenience of the family in the spring at Fair Haven Beach State Park.

For those that would like to make monetary contributions in Keith’s memory, in lieu of flowers may do so in C/O Sarah Tucker and Christy Bachman, P.O. Box 207, Cato, NY 13033. 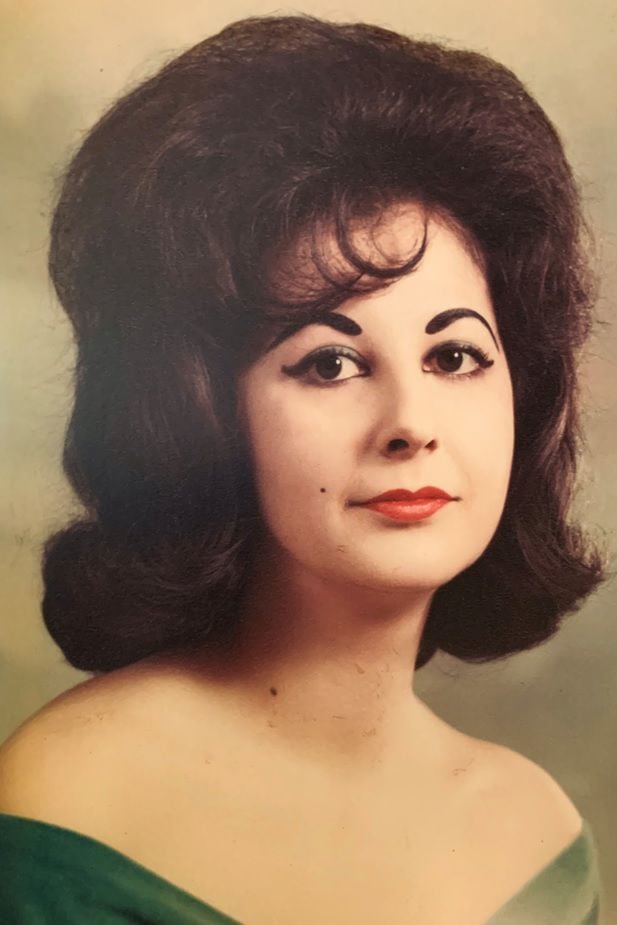 Mary Lou was a life resident of Auburn, the daughter of the late John and Aquileia Leggieri Karraz. She owned McQuaid Antiques and Jewelry and operated the successful Pet Food Pantry both of which she started more than 48 years ago with her late husband, Marvin McQuaid.

She is survived by her son and his wife, John and Anne McQuaid, of Canastota, and a stepson, Marvin McQuaid Jr. She is also survived by her grandchildren, Julianne and Christian McQuaid; her sister, Shirley Haines, of Auburn; her niece, Tina Coleman; great-niece, Sadie Coleman; her dog, Dottie, and her Kitty Kats.

Besides her parents, she was predeceased by her husband, Marvin McQuaid in August 2015.

Friends are invited to call from noon to 2 p.m. Wednesday with a service to follow at the Plis Funeral Home, 220 State St., Auburn. Burial will be in St. Joseph’s Cemetery.

Contributions may be left in her memory to the Cayuga County Pet Food Pantry, 93 Owasco St., Auburn, NY 13021.

To leave a message of condolence, go to www.plisfuneralhome.com.

Steve was born Sept. 23, 1949 in Newton, Mass., a son of Donald and Henny (Skillings) Whitehead. Steve was a member of the Scipio Masonic Lodge and had served with the Army from 1968 to 1969. He enjoyed his involvement in Cayuga County politics, and in helping other people in need. Steve was a fabulous cook and loved having annual pig roasts at his home. He loved living in the country where he could enjoy the color of the tulips when they bloomed in the spring.

Steve was a truly special person and will be missed by all who knew him.

Surviving are his wife of 25 years, Chris Wilbur; siblings, Paul, Donna, and Janice; several nieces and nephews, and a large group of special friends.

At Steve’s request, there are no calling hours or public services.

Memorial contributions may be made to King Ferry Food Pantry or to the Salvation Army.

GORHAM — Barbara Reynolds Conley, age 68, passed away peacefully at Strong Memorial Hospital, after a struggle with injuries sustained in an automobile accident in August.

Friends may call from 4 to 6 p.m. Tuesday, Jan. 14, at the Kenneth J. Perkins Funeral Home in Gorham. A Memorial Service will follow at 6 p.m. at the funeral home.

Memorial contributions may be made to the Kessler Burn and Trauma Center at URMC, 601 Elmwood Ave., Rochester, NY 14642.

Barb was born in Auburn, NY. She graduated from Southern Cayuga Central School and from the Marian S. Whelan School of Nursing. Barb had worked as a nurse at Geneva General Hospital.

One of Barb’s greatest joys in life was spending time with her grandson, Graysen. They have always held a special bond that will never be broken. For him she learned how to download every app he ever wanted, and broke all the rules by providing as many doughnuts as he found necessary.

Barb also became a dog lover, with the addition of her grand-puppies Bradshaw, Evie and Crosby. She often spoiled them with admiration and treats. Barb cherished her family more than anything and would check in with her girls at least twice a day. Mary and Megan know she will still always be checking in on them.

Barb loved her sisters fiercely and looked forward to their monthly casino and shopping trips. Barb also valued friendship, and if you needed anything she was the friend to call. She loved to organize her movie and dinner nights with her girlfriends from work. Just recently Barb helped organize her 50th Class Reunion. Her family takes comfort in knowing that her reunion weekend was her last celebration and that it was filled with love, memories and some of her oldest friends.

Barb was predeceased by her husband, Kenneth Conley; her parents, Marvin and Mary Reynolds; two brothers George Reynolds and William Reynolds; and one brother-in-law, Bruce Culver.

Please visit www.kenperkinsfuneralhome.com to send a message of condolence to the Conley family. 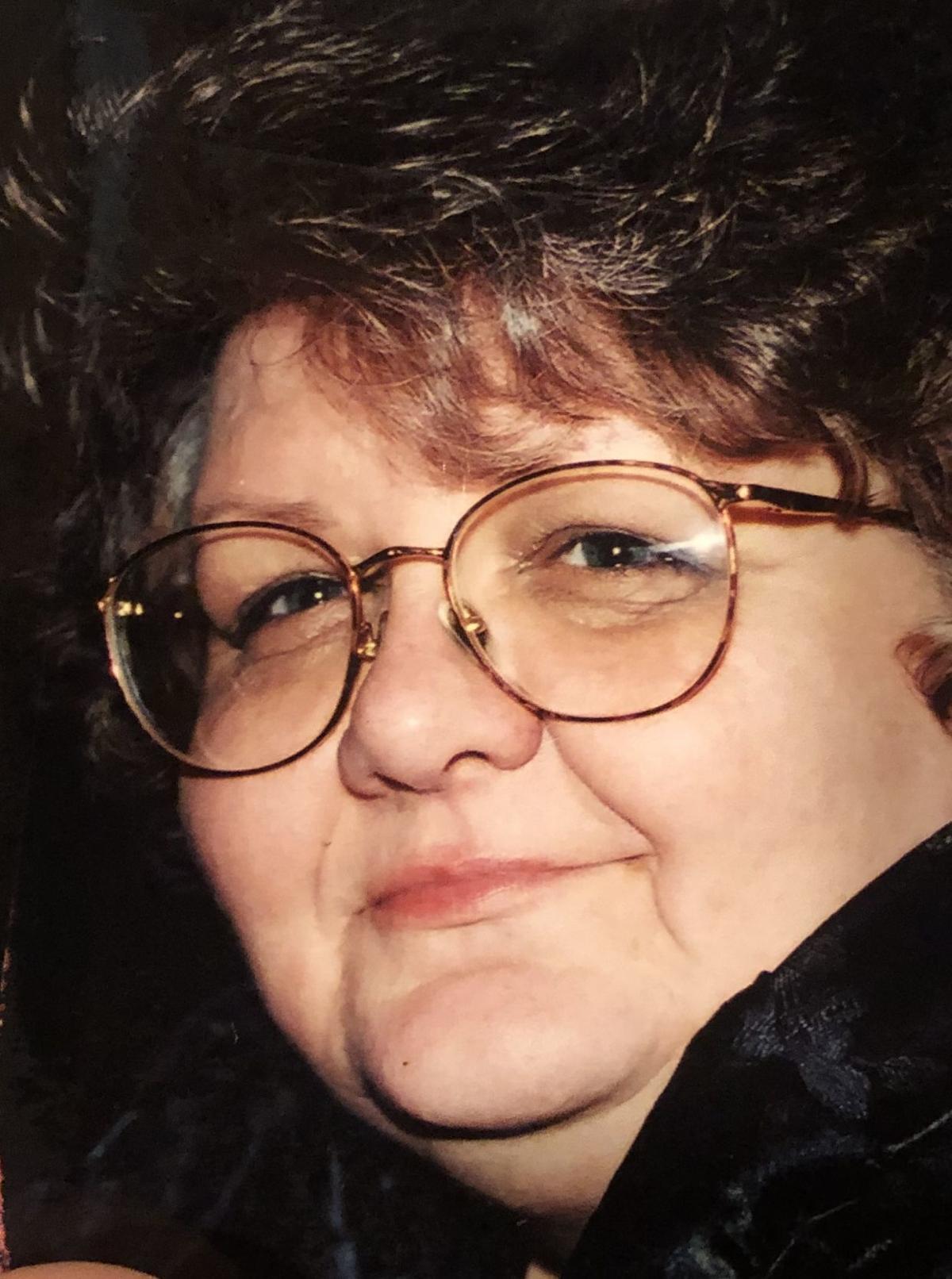 She was born April 5, 1948 in Oneonta, the daughter of the late Milton and Alice Palmer. She spent the majority of her life in Ilion, New York. She transitioned to Auburn and thoroughly enjoyed the many times spent with her grandchildren, until the end of her life.

Janet rejoiced in creating. Her extensive talents included baking, sewing and crafting. Janet loved to play games and was always the center of any social event.

She is survived by her husband, Howard, and their children, Howard Archer II (Cassandra) and Amy Archer. She also leaves behind her siblings, David, Penny, Ruth and Betty, as well as her beloved grandchildren Hunter, Aidan and Ashlyn.

There will be a celebration of her life in April, at a location to be determined in the Mohawk Valley area. 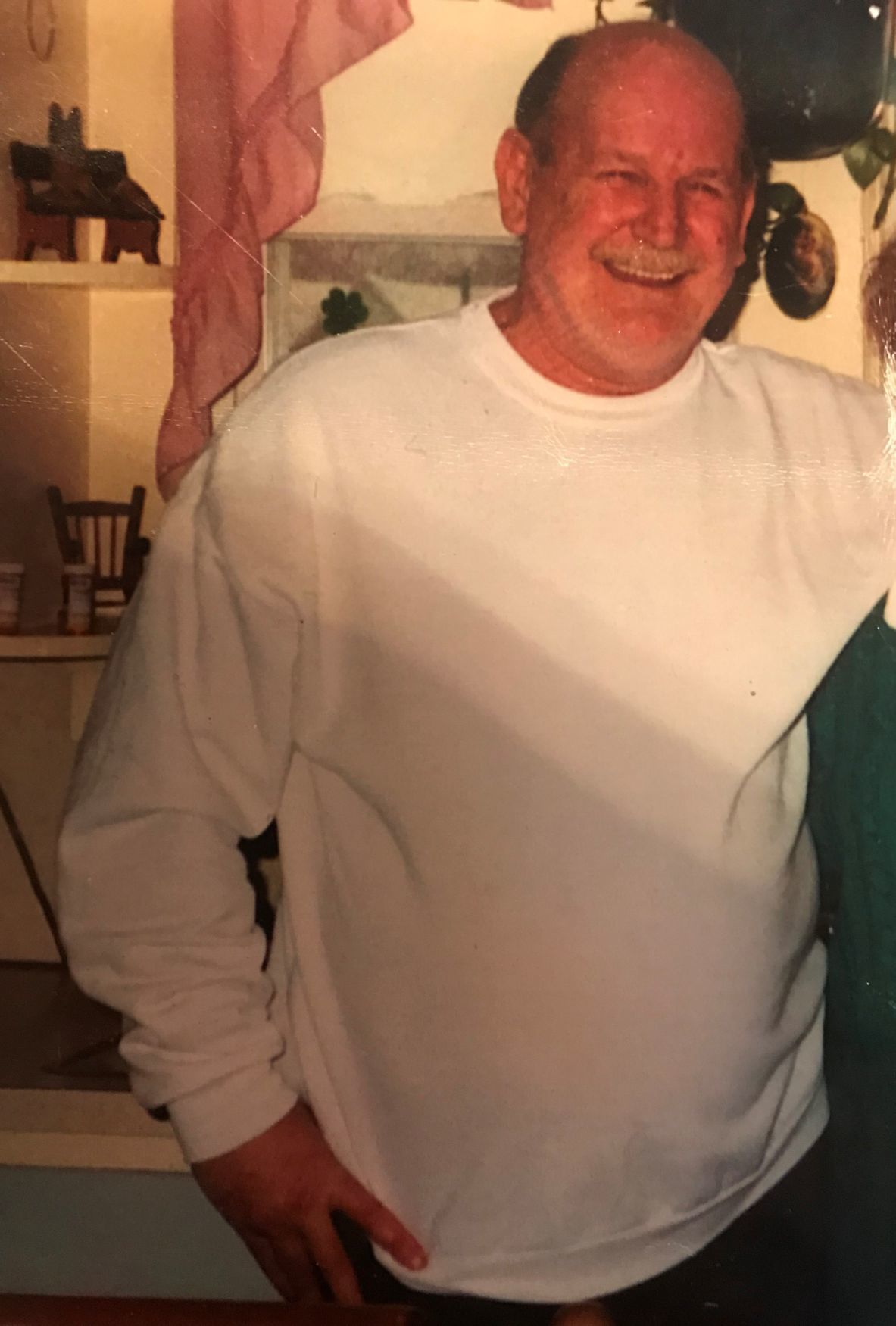 Edward, or “Steamer,” as he was called by his close friends and family, was born Oct. 6, 1942 in Niagara Falls, N.Y. to William Adams and Enid Evans. After high school he enlisted in the Navy and was able to travel the world in service of his country. He spoke often fondly of these experiences. He was a proud veteran.

Edward enjoyed being home with his wife, Susan, and loved spending time outside in his backyard with friends and family, children and grandchildren. Even strangers were welcome and would often leave as lifelong friends. All were welcome.

He was an avid craftsmen who spent a great deal of his time working in his woodshop and developing his backyard. He enjoyed participating in local dart leagues and arranged several tournaments in the late 1980s and early 1990s to benefit local children’s charities. He loved children and animals. He especially loved his beautiful German Sheppard “Smokey” and his cat “Boots.”

Fred was well known for his amazing mechanical skills and his love for trapping in his younger years. He would help anyone and expect nothing in return. He opened his arms to anyone who needed his love and guidance.

He is survived by three children: David Laird, Kori Towsley and Ashley-Ellen Knapp, and his six grandchildren. He also leaves behind his six siblings: Constance Kemp; Lisa Knapp; Patricia Nolan (Robert); Allen Knapp (Kathleen); Dianne Engst and Robert Knapp. Lastly, he is remembered by many nieces and nephews and several extended family members.

Mr. Knapp's children have decided to do a small family gathering, at their discretion, outside of the funeral services.

ENDING SOON: Join for only $1!