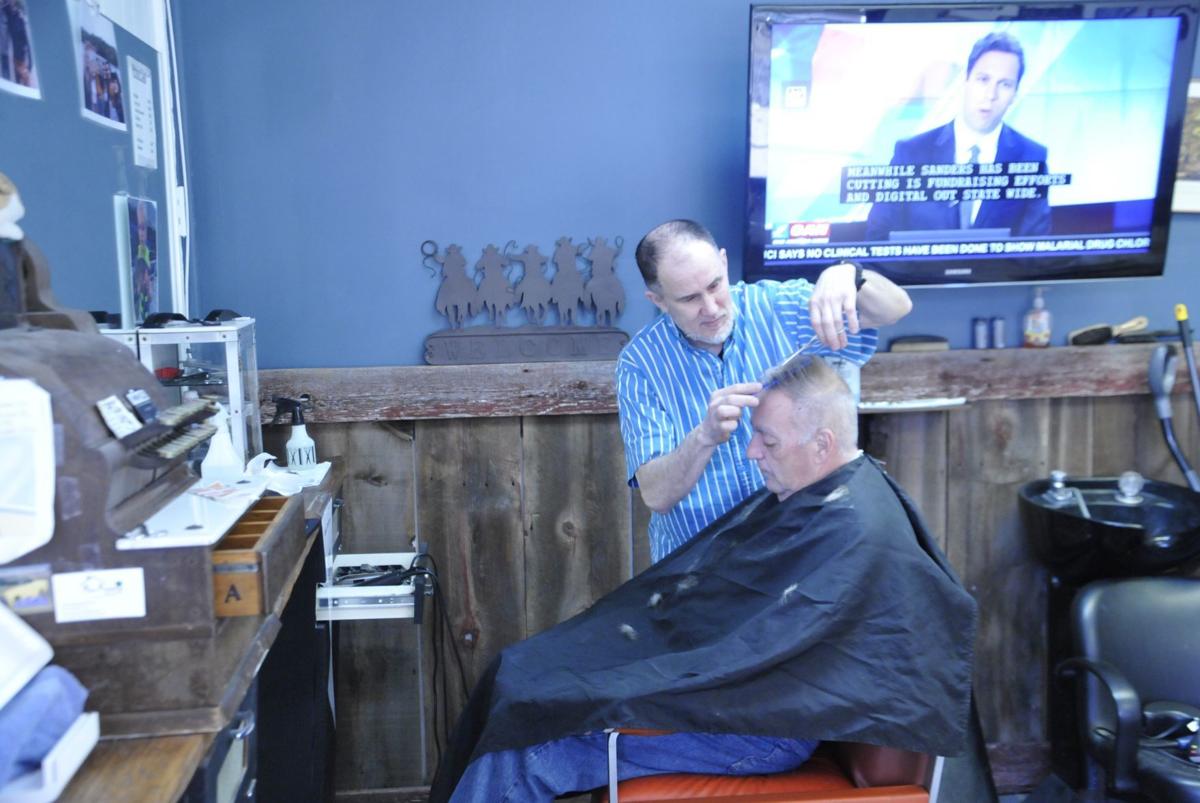 Fred Drury cuts Ralph Cannizzo's hair at Fred's Barber Cuts in Auburn Saturday. Gov. Andrew Cuomo signed an executive order mandating barbershops, hair and nail salons, tattoo or piercing parlors and other personal care services close to the pubic as of 8 p.m. Saturday, which is meant to help stop the spread of the new coronavirus. 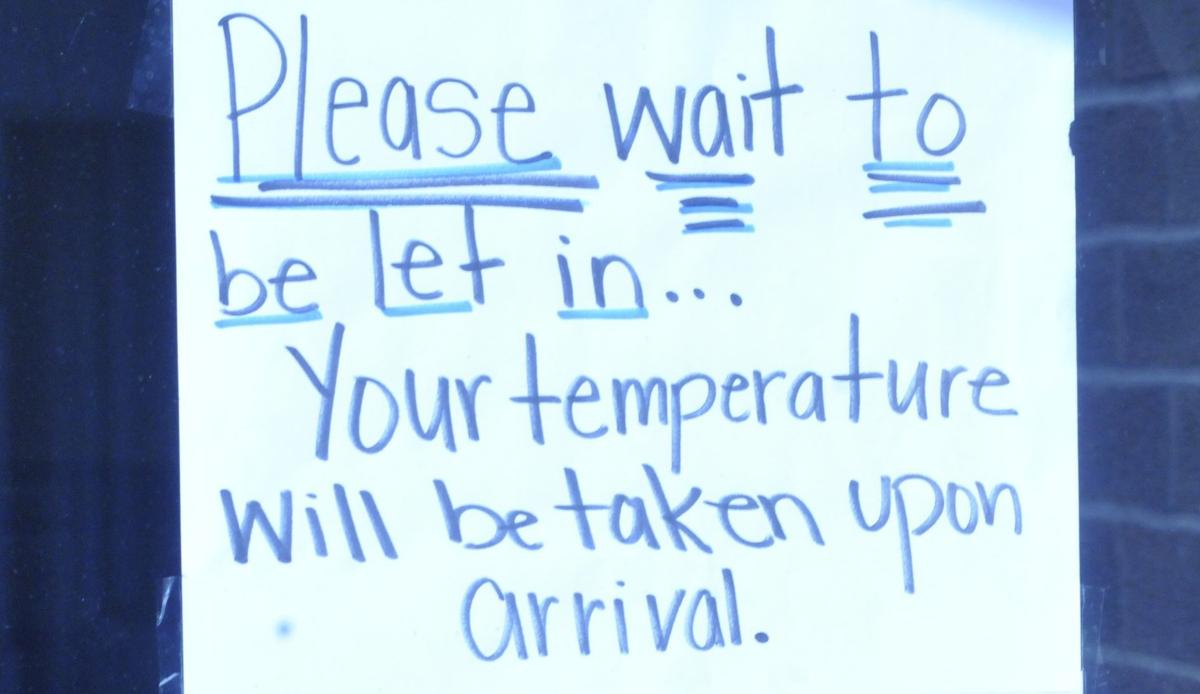 A sign at Ruscio's Barber & Hairstyling in Auburn Saturday asks people to wait to be allowed inside.

AUBURN — When Ralph Cannizzo heard barbershops statewide were set to close due to a state mandate in reaction to the coronavirus outbreak, he wanted to see his regular barber, Fred Drury.

Cannizzo, who came into Fred's Barber Cuts Saturday morning, said his hair reached the length when he normally gets it cut, and he wanted to support Drury. Drury, who has run the business for over a decade, said he first heard about the order from customers Friday and then later saw an email from the state department about the mandate. He doesn't have many alternative sources of income.

"I've got four kids at home and it's going to be a challenge, but we'll get through it," he said. "We've got plenty of food. We won't starve, we're just going to have bills that are going to pile pretty high and that's going to be the issue."

Before Cannizzo came in, Drury noted business had been slow the last few days except Friday, when he was busy largely with regular customers. He guessed that was because of the order. His plan Saturday was to put in as many hours as he could and hope people who know of the closing swing by the shop in time.

Drury sanitized the shop's doorknobs and "wiped down everything" that morning. While he's not personally concerned about catching the virus, he took precautions for the sake of others.

"You're doing your best to make sure other people are not going to get anything from some other way," Drury said.

After Cannizzo arrived, he said he didn't plan on making many stops besides the barbershop that day so he didn't risk receiving the illness.

"I have some medical issues, so I'm trying to stay away from everybody that I can," Cannizzo said.

Once the haircut was finished, Cannizzo gave Drury $40 for a $10 haircut and told him to keep the change.

Other barbershops or salons in downtown Auburn Saturday were only letting people in by appointment. Danny Figueroa of Flawless Cutz said he had been taking appointments only for over a week. He said he will simply "wait it out" until the business can open again.

While preparing to take care of a customer, Figueroa said "we're good" unless the closure lasts over a month. Jose Reyes, another barber at the shop, said he has some money saved up.

"That's the good thing about this business, it's a cash business, and you see your money every day, so it's like, (if) you're being responsible for it then, it will put you in a better place, (for) the next couple months at least," he said.

Reyes had some advice to impart.

In a dramatic move that aims to slow the spread of the novel coronavirus in New York, Gov. Andrew Cuomo on Friday said the state will order al…

Gov. Andrew Cuomo has a pitch for New York businesses: If you can make personal protective equipment for medical professionals addressing the …

What NY businesses are exempt from in-person workforce reduction order

To reduce density amid the coronavirus outbreak, Gov. Andrew Cuomo on Friday has ordered all employees of non-essential businesses to stay hom…

People have been hitting grocery stores hard during the coronavirus pandemic, and the social distancing necessary to slow its spread.

Gallery: Living with the coronavirus in Cayuga County (March 20)

Below is a list of restaurants, bars and craft beverage producers in the Cayuga County area that are offering takeout and delivery services.

With more than 10,000 confirmed cases of the novel coronavirus in New York, Gov. Andrew Cuomo revealed that four sites have been identified to…

With all non-essential businesses having been ordered to keep workers home as of Sunday night, New York Attorney General Letitia James is urgi…

The usual sound of chatting and laughing students in Auburn school buildings was replaced last week. Instead, it was crying teachers and the d…

Fred Drury cuts Ralph Cannizzo's hair at Fred's Barber Cuts in Auburn Saturday. Gov. Andrew Cuomo signed an executive order mandating barbershops, hair and nail salons, tattoo or piercing parlors and other personal care services close to the pubic as of 8 p.m. Saturday, which is meant to help stop the spread of the new coronavirus.

A sign at Ruscio's Barber & Hairstyling in Auburn Saturday asks people to wait to be allowed inside.