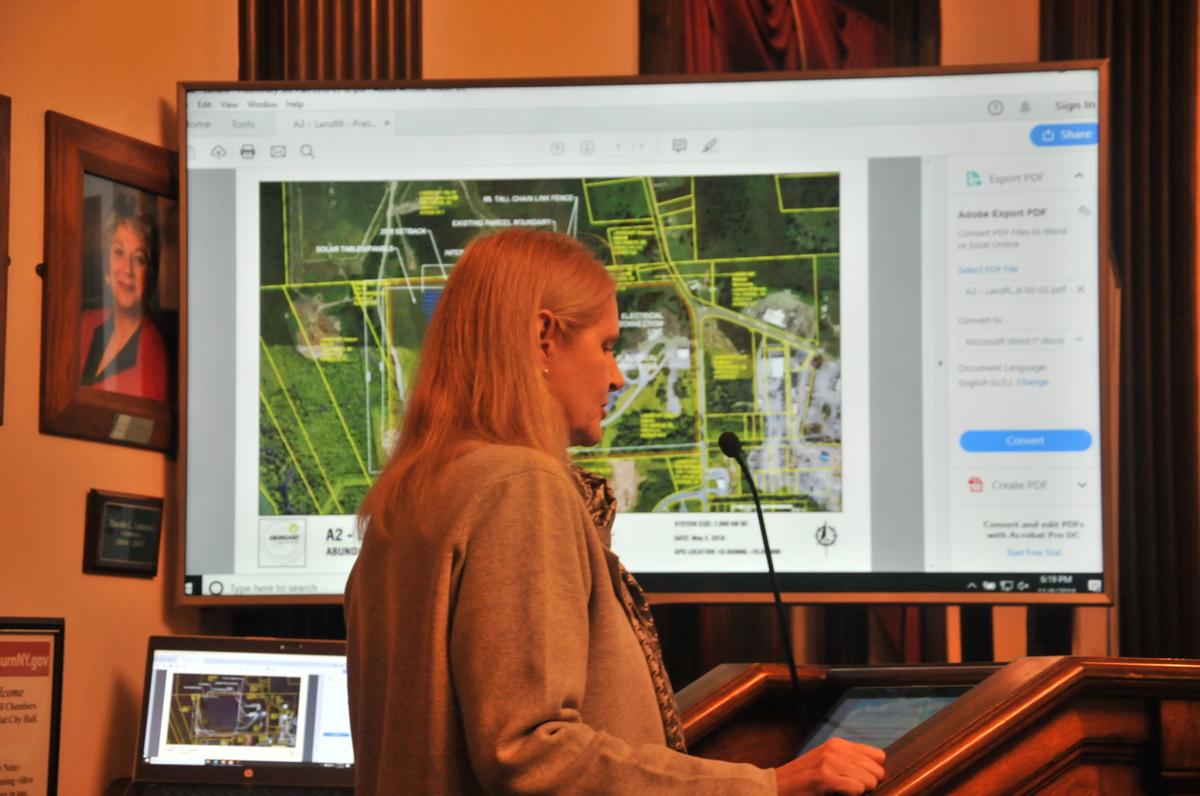 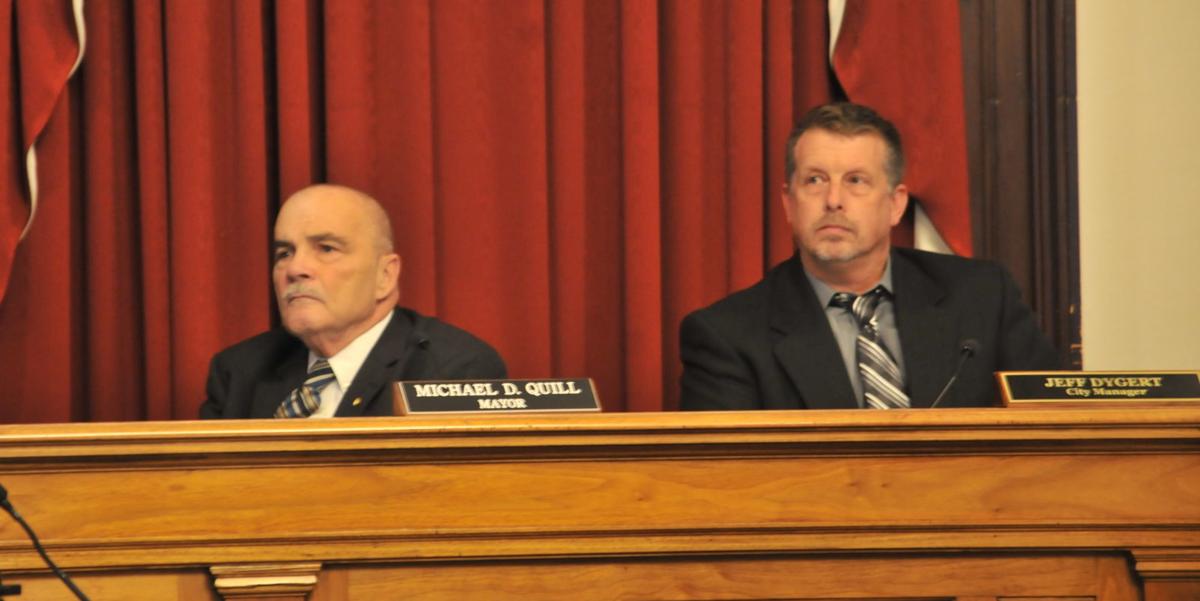 Mayor of Auburn Michael Quill and city manager Jeff Dygert look on as a presentation is shown before the city council at Thursday's meeting.

AUBURN — With a proposed agreement in the works, the municipal landfill in Auburn could see an array of solar panels installed over it in the future.

On Thursday, Abundant Solar, a full service solar developer, presented logistics on the possible installation for the city council. The project would allow utility-paying residents to subscribe for access to energy produced by the array.

Many homeowners are ineligible of installing solar panels on their homes due to roofing issues or tree blockage. This project, dubbed as a solar community initiative, would let these homeowners still have an opportunity to use solar energy.

The seven-megawatt-hour solar field would spread over 36 acres of the landfill's site and produce enough energy to service about 1,000 homes, said Melissa Clark, Abundant Solar's vice president of business development.

Homeowners, if they were to choose to subscribe to this energy, would be able to choose from multiple subscription options where they could seek varying amounts of energy.

The proposed agreement would be a 25-year plan. According to Clark, that's how long a panel's warranty lasts and because of that, this plan would provide Abundant Solar "certainty" in its business model.

When councilor Jimmy Giannettino asked what kind of risk this project could bring to Auburn, Clark responded by saying "I'm not entirely sure there is a risk."

The proposal allows energy subscribers who've moved to a nearby street to remain subscribers. On the other hand, if a subscriber were to move farther away, Clarke said they would be replaced by another subscriber in the area. There would be no penalty for opting out of the service.

Abundant Solar is currently working on other projects that could be finished within a two-month period. Auburn's installation would be larger than these projects and would require different technology — components that could lead to a longer installation period.

Mayor of Auburn Michael Quill and city manager Jeff Dygert look on as a presentation is shown before the city council at Thursday's meeting.