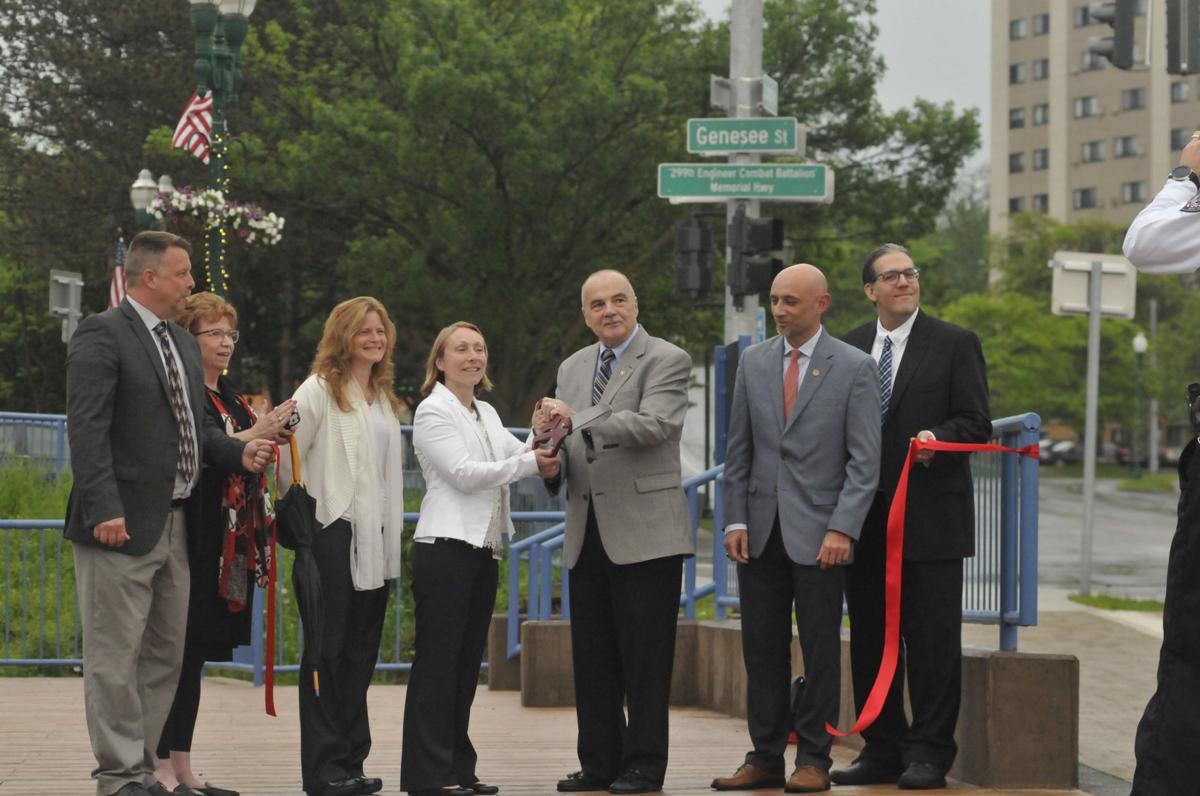 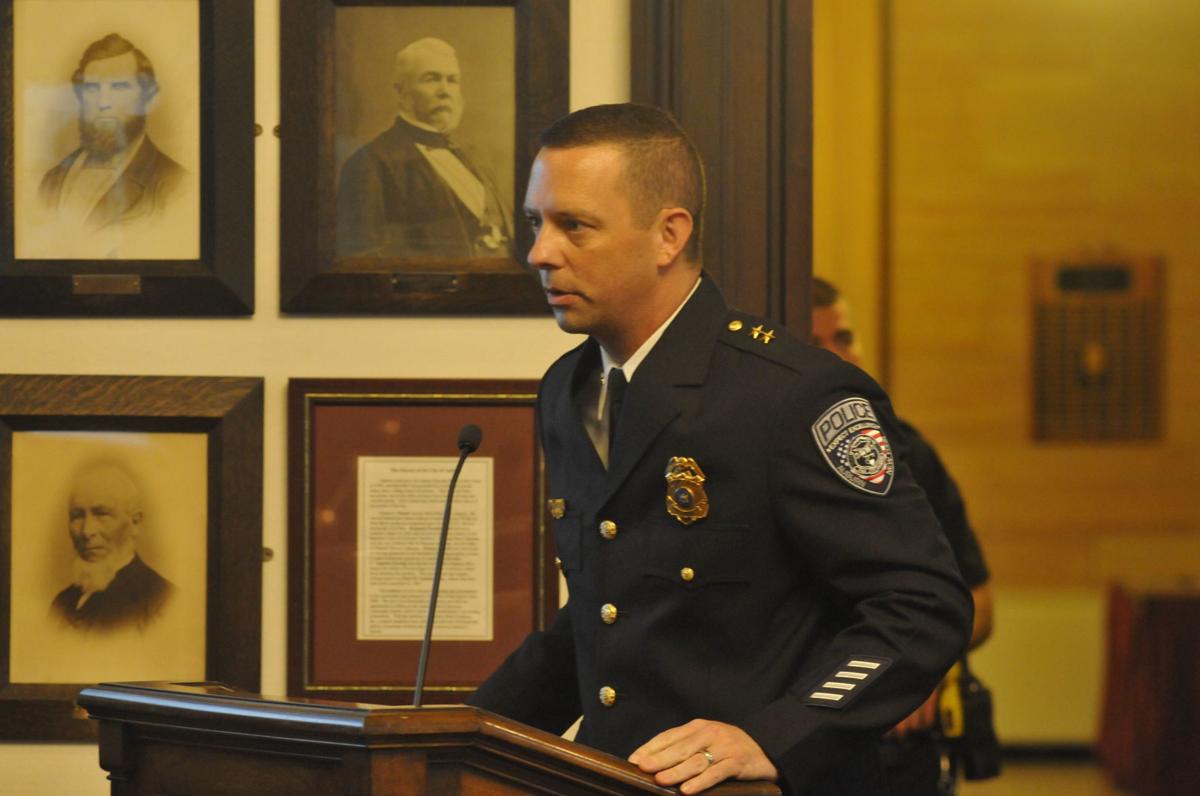 Auburn Police Chief Shawn Butler thanks the city council after two police officers were sworn in at a promotional ceremony Thursday.

The first phase of the project, located in the core of downtown Auburn, will feature two interconnected walking routes with signage along the way to give walkers a glimpse at city history. The downtown phase, as part of the city's plan will help connect the trail — a 12-mile stretch from Wadsworth Park to Emerson Park. As part of the first phase, streets and sidewalks on Canal Street, Loop Road, Dill Street, State Street and Lincoln Street, were paved.

Christina Selvek, Auburn's director of capital projects and grants, said the project's concept has been included in city plans dating back to the 1960s.

Construction for the trail's first phase began in 2014, after partial funding was first secured in 2011. A compilation of funding sources supported the project including the Transportation Investment Generating Economic Recovery, the state Department of Transportation and entitlement funds from the Community Development Block Grant.

"I know how long this has taken ... it's been well worth the wait," said city councilor Debra McCormick Thursday night. "When people go down to see it, they will not be disappointed. It gives a whole new perspective on the city of Auburn and the Owasco River."

The overlook was well-populated over Memorial Day weekend during the Auburn Kiwanis Club's Duck Derby.

• Two Auburn police officers, Sgt. David Walters and Lt. Steve Deyo, were sworn in at a promotional ceremony at the beginning of Thursday's council meeting.

Sheriff: Have you seen suspicious person in Cayuga County?

An employee at The Commons on St. Anthony, a nursing home in Auburn, tested positive for COVID-19 last week.

The Port Byron Central School District is planning to give families two options this fall: send their children to school every day or have the…

No COVID-19 cases reported in one Cayuga County town

And then there was one.

Volunteer fire departments scoured Cayuga Lake Thursday evening before locating a missing paddle boarder in the middle of the lake after dark.

Auburn Police Chief Shawn Butler thanks the city council after two police officers were sworn in at a promotional ceremony Thursday.