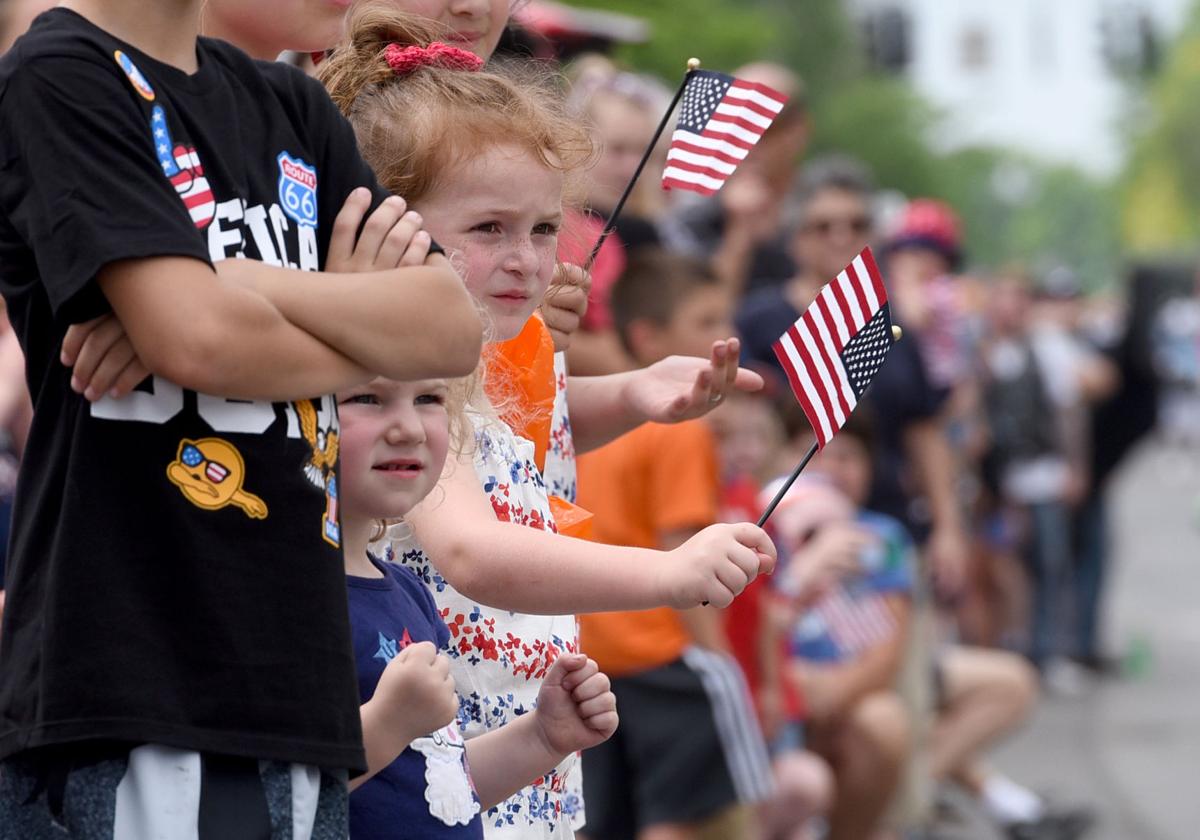 Children watch the Memorial Day parade in Auburn in 2018. The annual Duck Derby makes its way down the Owasco River on Memorial Day in Auburn in 2019.

Speaking to The Citizen on Friday, Dygert said the city would not have been able to control the crowd of people lining Genesee Street downtown the way that state pandemic guidelines require.

"We have to make sure we're able to enforce those guidelines," he said. "But events in open spaces are very difficult to control."

The event that has followed the parade for more than 30 years, the Auburn Kiwanis Club's Duck Derby, has also been canceled this year. The club's president, Christy Robinson, told The Citizen on Friday, "We are optimistic that with our community members doing their part to stop the spread of COVID-19 we will be back better than ever next year!"

A third piece of Memorial Day weekend in Auburn, Majorpalooza, will take place. But it will move from Genesee Street, where the festival has attracted thousands in recent years, to Franklin Street bar Tinkers Guild. Organizer Chris Major told The Citizen the event will begin at noon Saturday, May 29, with children's entertainment and lunch instead of the Stefanak Sprint race. Live music will follow from 4 to 7 p.m. Then, from 1 to 10 p.m. Sunday, May 30, Majorpalooza will feature Villano's Food Truck and three performers, including Mike McNabb Jr. from 4 to 7 p.m. and St. Bernard from 7 to 10 p.m.

There will be a capacity limit of 200 both days of the event, Major said, and tickets will be available at majorpalooza.com beginning in early May. They will not be available at the door in order to make the capacity limit easier to enforce. He suggested checking the site for updates, including the status of the Catch Me If You Can 5K, which he hopes to hold in late summer or early fall.

Past Memorial Day weekend, the status of traditional spring and summer events in the city of Auburn is less clear. Dygert said the city has yet to decide the status of its summer concert series at local parks, or later street festivals like Founder's Day. He reiterated the need to control the crowds those events would draw, and how difficult that would be in open spaces like parks and streets.

Cayuga County would face a similar logistical challenge if it holds its annual Fourth of July fireworks show at Emerson Park.

Doug Dello Stritto, the county's parks maintenance supervisor, said at a Tuesday meeting of the Legislature's Public Works and Planning Committee that the county has submitted a mass gathering permit application to the state in order to hold the fireworks show. The permit is required for events that anticipate more than 5,000 people in attendance.

"We'll see if they're even entertaining the mass gathering permit before we go on," Dello Stritto said.

In his presentation to the committee, Dello Stritto noted that several more Emerson Park events have been canceled this summer due to the pandemic, including the Prison City Ramblers Father's Day Car Show, the Auburn Rotary Club's Party in the Park and the Great Race. The Cayuga County Fair will not take place either, but 4-H will host a children's animal competition, he said.

HIT: To a true community partnership on a project that will help protect Owasco Lake.

Children watch the Memorial Day parade in Auburn in 2018.

The annual Duck Derby makes its way down the Owasco River on Memorial Day in Auburn in 2019.