AUBURN — The three defendants charged in connection to the murder of Auburn resident Joshua Poole were indicted by a Cayuga County grand jury on Dec. 31.

The defendants are accused of causing the death of 36-year-old Poole during an attempt to rob him. On Nov. 15, officers with the Auburn Police Department responded to reports of gunshots in the area of 8 Delevan St. on the west side of the city.

Poole was found inside the house "suffering from numerous apparent gunshot wounds," Police Chief Shawn Butler said during a press conference later that month. He was later pronounced dead at Auburn Community Hospital.

Ashley, of of 7 Aurelius Ave., Apt. 3, and Spagnola, of 5 Bellevue Place, are the alleged shooters. A copy of the indictment also alleges that Ashley "suppressed and concealed" a motor vehicle "by dumping it into the Seneca River," which he allegedly believed would be produced as evidence.

Police believe the submerged vehicle found near Cross Lake in Jordan was used to transport the defendants to and from the crime scene.

All three defendants were indicted on second-degree murder, first-degree attempted robbery and fourth-degree conspiracy, according to a copy of the document.

All three defendants entered not guilty pleas during their separate appearances, and a trial date was set for June 8. Cayuga County District Attorney Jon Budelmann said in November that the co-defendants would be tried together if it went to trial.

Defense attorney Todd Sloan, who represents Ashley, argued in court Thursday that his client should be given pre-trial release through bail or ankle monitoring. He said Ashley was a "freelance auto mechanic" prior to his arrest and has family ties to Auburn.

Judge Thomas Leone ultimately ordered all three defendants remanded into custody. They are scheduled to appear in court again on April 2.

• A 27-year-old man was sentenced to one to three years in prison for an aggravated family offense.

Auburn resident Damario Johnson pleaded guilty Dec. 12 to a class E felony for making two phone calls on Sept. 5 and Sept. 29 from the Cayuga County Jail to a woman who has an order of protection against him.

Johnson rejected the possibility of participating in a shock camp program — a prospect he also resisted at the time of plea — because he did not want to cut his hair, as a practicing Rastafarian.

• An Ontario County woman admitted Thursday to participating in two drug sales in Cayuga County in 2017 and 2018.

Nicole Heidemann, of 1326 Townline Road in Phelps, sold the controlled substance Adderall in May 2017 and participated in a cocaine sale with a co-defendant in February 2018.

Heidemann, 38, was promised a conditional sentence of 4.5 years in prison followed by two years of post-release supervision in exchange for pleading guilty to fifth-degree criminal sale of a controlled substance, a class D felony.

Leone also granted an order for Heidemann to participate in shock camp, a type of incarceration modeled on military boot camp that can shorten a person's sentence.

An Auburn man is facing felony charges for allegedly possessing a "ghost gun" and synthetic drugs.

From left, Gage Basil Ashley, Lucciano Vincette Spagnola, and Tyree Lemar Anglin have been charged with murder in connection with the Nov. 15, 2019 shooting death of Joshua Poole in Auburn. 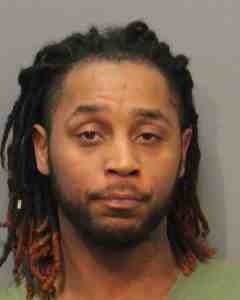