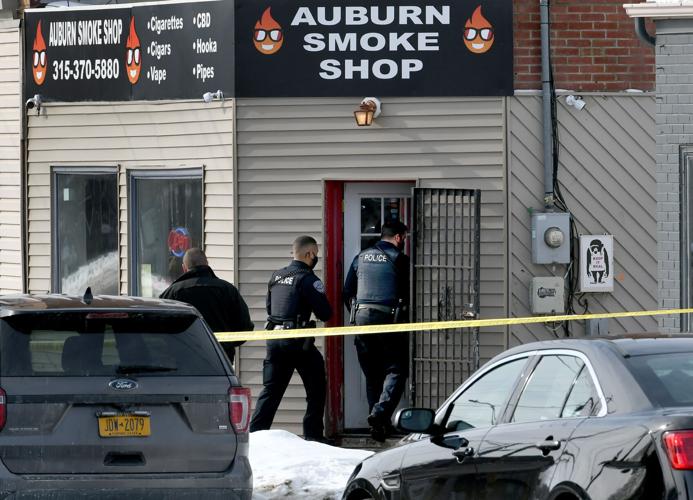 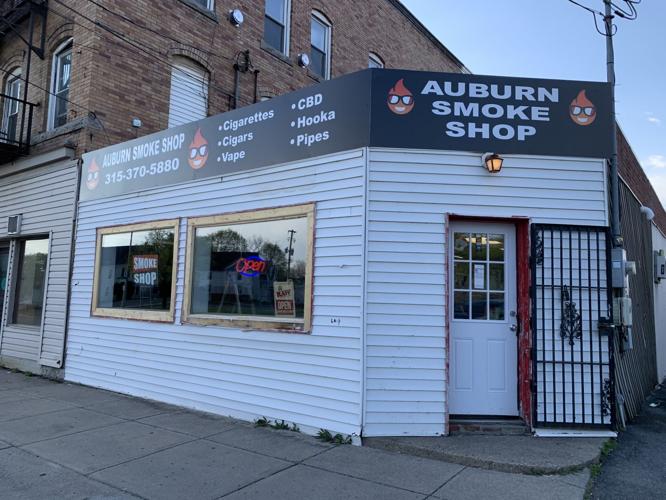 AUBURN — In light of recent crimes and community complaints regarding smoke shops that have recently popped up in the Auburn area, city officials are exploring if they can restrict the number of such establishments.

City officials have received complaints related to new smoke shops that are focused on selling tobacco products and smoking equipment. One particular business, Auburn Smoke Shop, at 67 Franklin St., has been a site of multiple criminal investigations in recent months.

Auburn Smoke Shop is owned and operated by Mohamed Algamal, who opened the establishment in April. The Citizen could not reach Algamal for comment Friday.

Worries about new local smoke shops were being raised before law enforcement executed the search warrant. At an Auburn City Council meeting Jan. 20, Councilor Jimmy Giannettino expressed concerns centered on several smoke shops that have opened in the city over the past year. He said spoke about "the nature of these businesses" and asked if the city corporation counsel could look into whether the city has the ability to limit the number of smoke shops opening in the city, giving a permitting process as an example.

Giannettino later told The Citizen he has been getting calls from neighbors of some of these operations who are worried about possible criminal activity taking place, though he added that he personally doesn't know if criminal activity has been happening.

"Because we're seeing this increased frequency of these opening up for whatever reason, my concern is, I don't want us to get to a point where all of a sudden we're having some type of issue and then we're being reactive instead of proactive," he said.

Multiple smoke shops have opened within the last year in or just outside the city. Records obtained under a Freedom of Information Law request from The Citizen to the Cayuga County Health Departments showed that new new tobacco retail licenses issued within the past year include Auburn Smoke Shop and an establishment named the Auburn Express Smoke Shop 104 Grant Ave. Another, Lucky 7 Mini-Mart, 213 State St., is classified as a convenience store, but it has a robust array of tobacco-related items. Just beyond Auburn's borders is Panda Smoke & Vape at the Fingerlakes Crossing, 1626 Clark Street Road, in Aurelius.

Panda was recently subject to a consent order from the Cayuga County Health Department due to flavored vapor products "intended or (reasonably) expected to be used with or for the consumption of nicotine for sale" being at the store on multiple different dates in 2021. It was fined $200 by the Cayuga County Board of Health.

Where can cannabis businesses open in Auburn? Council hears options

The increase in new smoke shops is not unique to Auburn. In the nearby city of Fulton in Oswego County, officials are cracking down on establishments that have not been complying with legal requirements, the Palladium-Times newspaper reported.

As part of New York state's law legalizing recreational marijuana, the state is establishing regulations for the licensing of retail sales of cannabis products. The owners of Auburn Smoke Shop and Auburn Express Smoke Shop both told The Citizen last spring that they would be interested in obtaining marijuana sales licenses from the state.

Giannettino noted the Auburn Police Department responded to the smoke shop on Franklin Street for a reported armed robbery on Dec. 31, during which a nearby resident was later apprehended and later arrested. The man was accused of using a Glock replica ghost gun in the alleged crime.

Giannettino said the nature of the crime that occurred, being an armed robbery, is concerning. He also said neighbors of these establishments have noted a great deal of foot traffic coming out of these buildings, with people loitering outside.

Citing New York City laws regarding these types of establishments, the councilor is curious if other municipalities in the state have similar laws.

"If I've learned anything in my six years of being on council, the problems we face in Auburn are usually no different than the problems faced in every other community," he said. "So when we do identify a problem or a potential problem, I always like to see and see, 'Hey, has any other municipality addressed this problem? And if so, how have they done it and have they been successful?' Because why reinvent the wheel, right? If 10 municipalities are addressing an issue that we're having, and they're having success in it, can that same metric or law be applied to what we're doing here, and can we have the same success with it?"

"We've had numerous complaints from citizens, businesses in the area regarding the traffic going in and out of there and the possible sale of illegal substances," he said.

Over 18,000 items that are illegal through New York state law were taken out of the business, Slayton said, including over 13,500 untaxed cigarettes, 97 jars of "high-concentration THC, marijuana concentrate," and over 4,000 flavored nicotine vapor cartridges. Flavored nicotine vape products were banned in the state in 2020. Slayton noted some people at two upstate high schools were recently hospitalized due to vaping.

He said law enforcement is working with the New York State Department of Taxation and Finance on the cigarettes' charges and "we have some other charges that will be pending."

Councilor Timothy Locastro asked, "As of now, no one's been arrested?" Slayton replied that no one has been charged yet because law enforcement needs to work with the state on the investigation.

"We are working to get all the charges, because some of them fall under the public health law, some of them fall under the New York State taxation (office,) and with that being said, their license can be revoked to sell in the future, so that's why we're taking our time to process this, to make sure we do it right and get everybody involved that we need to," Slayton said.

The chief also said there had been other incidents at that business, including the alleged armed robbery on Dec. 31. Slayton noted that location is a "thoroughfare for kids walking to and from school in that area," saying those incidents took place during daytime hours.

"It was not nighttime, it's 1 o'clock, 3 o'clock in the afternoon. So it creates a great risk for the public, so with that on top of everything else that they were doing, we wanted to make sure we got in there and managed it but did it the right way," he said.

City Manager Jeff Dygert said concerns regarding the Auburn Smoke Shop will be going in front of the city's nuisance board on Wednesday, Feb. 16.

Auburn Corporation Counsel Stacy DeForrest told The Citizen in late January that her office was looking into Auburn's options for potentially limiting the number of smoke shops in the area. She said she was hoping to have a legal opinion in less than a month. DeForrest also added that she acknowledges the potential safety issues involved in these concerns.

"When it comes to matters that effect our city residents and their safety and their well being, we make that a high priority," she said.

Two smoke shops have opened in Auburn this month, and the owners of both hope they can add marijuana to their businesses now that the drug has…

With arrests looming in connection with a recent police raid on an Auburn smoke shop, the city's nuisance board is working on a review process…

The Auburn Police Department has warrants out on two people connected to a smoke shop in the city, including the business owner, after thousan…

Trees and power lines knocked down by Ian