Though Judge Mark Fandrich was initially going to hear legal motions Tuesday in the case of Bishop Prenatt, the defendant chose to accept a plea bargain instead.

Prenatt, of 229 Woodlawn Ave., was promised five years of probation with an order to pay $260 in restitution in exchange for pleading guilty to third-degree criminal sale of marijuana, a class E felony.

When asked if he was satisfied with defense counsel John Price, Prenatt caused Fandrich to hesitate approving the plea when he replied, "For the most part, yes, your honor."

But Fandrich allowed the proceeding to go forward after Prenatt, 25, declined to take more time to talk further with Price or another attorney about his decision.

Prenatt admitted that, with another person, he sold roughly 27 grams of marijuana to a third party on Feb. 12, 2018 at a residence near Clymer Street in Auburn. His sentencing is scheduled for Feb. 4.

A copy of Prenatt's indictment names LaVonte McLeod, 20, of 28 Seminary Ave., as the other person who also sold the 27 grams of marijuana with Prenatt.

McLeod also entered into a guilty plea Tuesday, admitting to a different sale that satisfied the entire three-count indictment. He said sold 28 grams of marijuana on April 25, 2018 near Washington Street in Auburn.

After he waived his right to an appeal, McLeod was able to plead guilty to third-degree criminal sale of marijuana in exchange for five years of probation with $620 in restitution and possible youthful offender status.

Defense counsel Charles Thomas said in court that McLeod was under 18 years old when he committed the crime. McLeod's sentencing is also scheduled for Feb. 4.

• A 32-year-old Auburn man admitted that he strangled a woman on June 27, causing injury to her neck.

"I put my hands around her neck, squeezed and caused physical injury," said Dion Brown, of 26 South Hurd Circle, while pleading guilty to second-degree strangulation, a class D felony.

Brown was promised a conditional sentence of two years in prison followed by two years of post-release supervision. A permanent order of protection was also issued to benefit the woman Brown injured.

He is scheduled to be sentenced on Feb. 4.

• An East Syracuse man was sentenced Tuesday to two years in prison followed by two years of post-release supervision.

Marc Rescignano, 23, of 102 Manlius St., Apt. 2, admitted July 9 that he sold cocaine to law enforcement in April 2018 and pleaded guilty to third-degree criminal sale of a controlled substance, a class B felony.

There was the possibility of a shock camp order when Resignano pleaded, but Fandrich didn't issue one during his sentencing.

• An Auburn man was sentenced Tuesday to a period of six months in Cayuga County Jail followed by five years of probation.

Christopher Parker, 30, of 41 Stryker Ave., pleaded guilty Sept. 24 to fifth-degree criminal sale of a controlled substance, a class D felony, in exchange for the sentence. He was also ordered to pay $80 in restitution to the Finger Lakes Drug Task Force.

He admitted in September to illegally selling medication in April 2018 on Genesee Street.

• Joanne Wampler-Lorenz, 47, 540 Gould Ave., Depew, admitted Tuesday that she possessed suboxone with the intent to sell it. She pleaded guilty to fifth-degree criminal possession of a controlled substance with intent to sell, a class D felony.

Wampler-Lorenz was promised five years on probation, which Cayuga County Probation Supervisor John Madden said will likely be served in her home county of Erie County.

Her sentencing is scheduled for Feb. 4.

• A 37-year-old Auburn man who allegedly resisted arrest in August was arraigned in Cayuga County Court.

Auburn police said James Harmon Jr., 34, of 27 Wallace Ave., injured an officer who placed him under arrest on Aug. 14. Auburn Deputy Police Chief Roger Anthony said at the time that Harmon became combative, dropping his head and shoulders and "ramming" into the three officers.

AUBURN — An Auburn woman will serve the same prison sentence as her son, who was also convicted for selling cocaine.

Auburn man gets 2 years in prison for strangling woman

AUBURN — A 32-year-old man was sentenced Tuesday in Cayuga County Court to two years in prison for strangling a woman and injuring her neck. 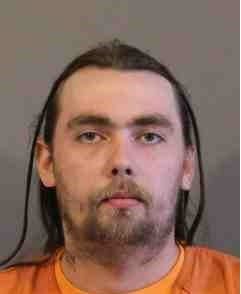 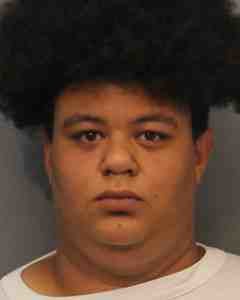 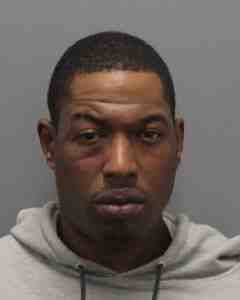