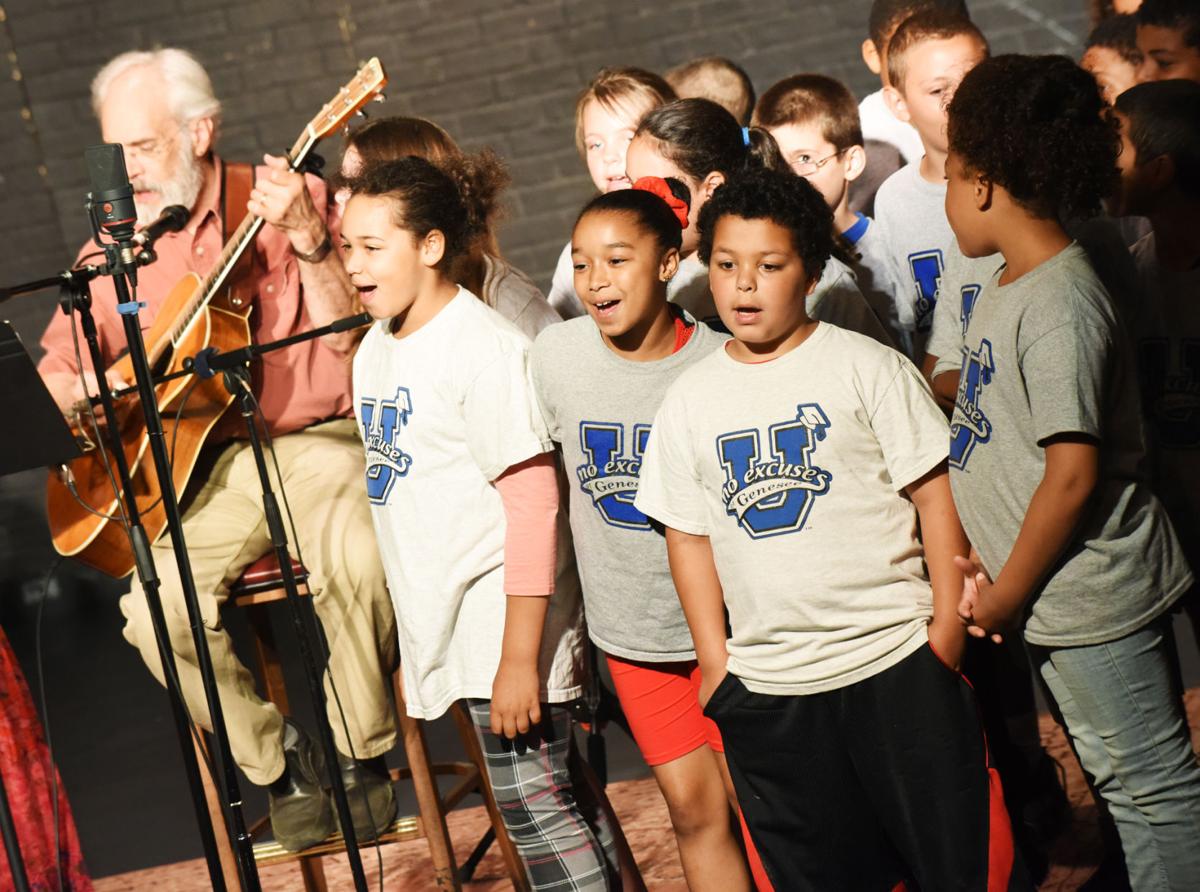 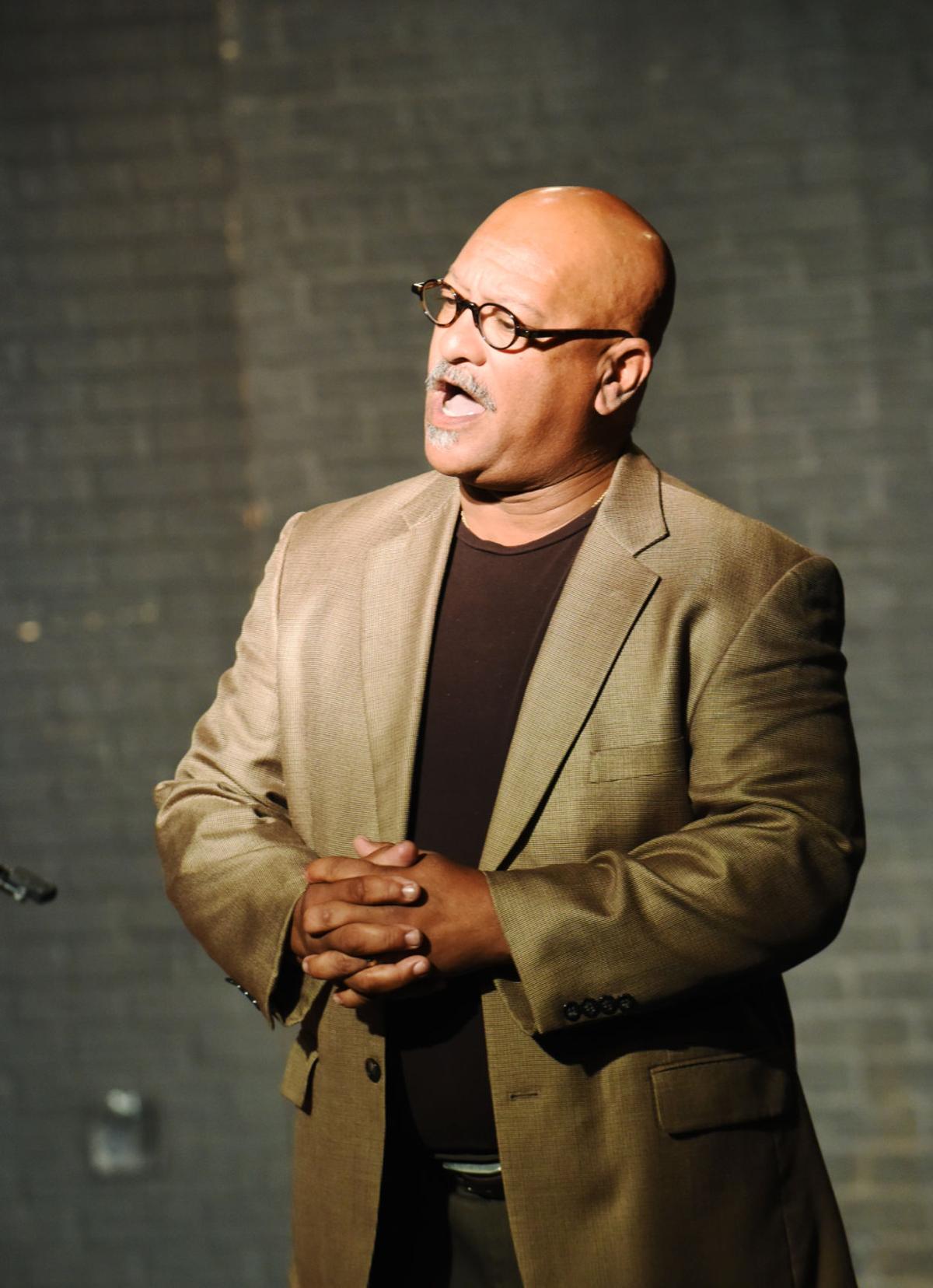 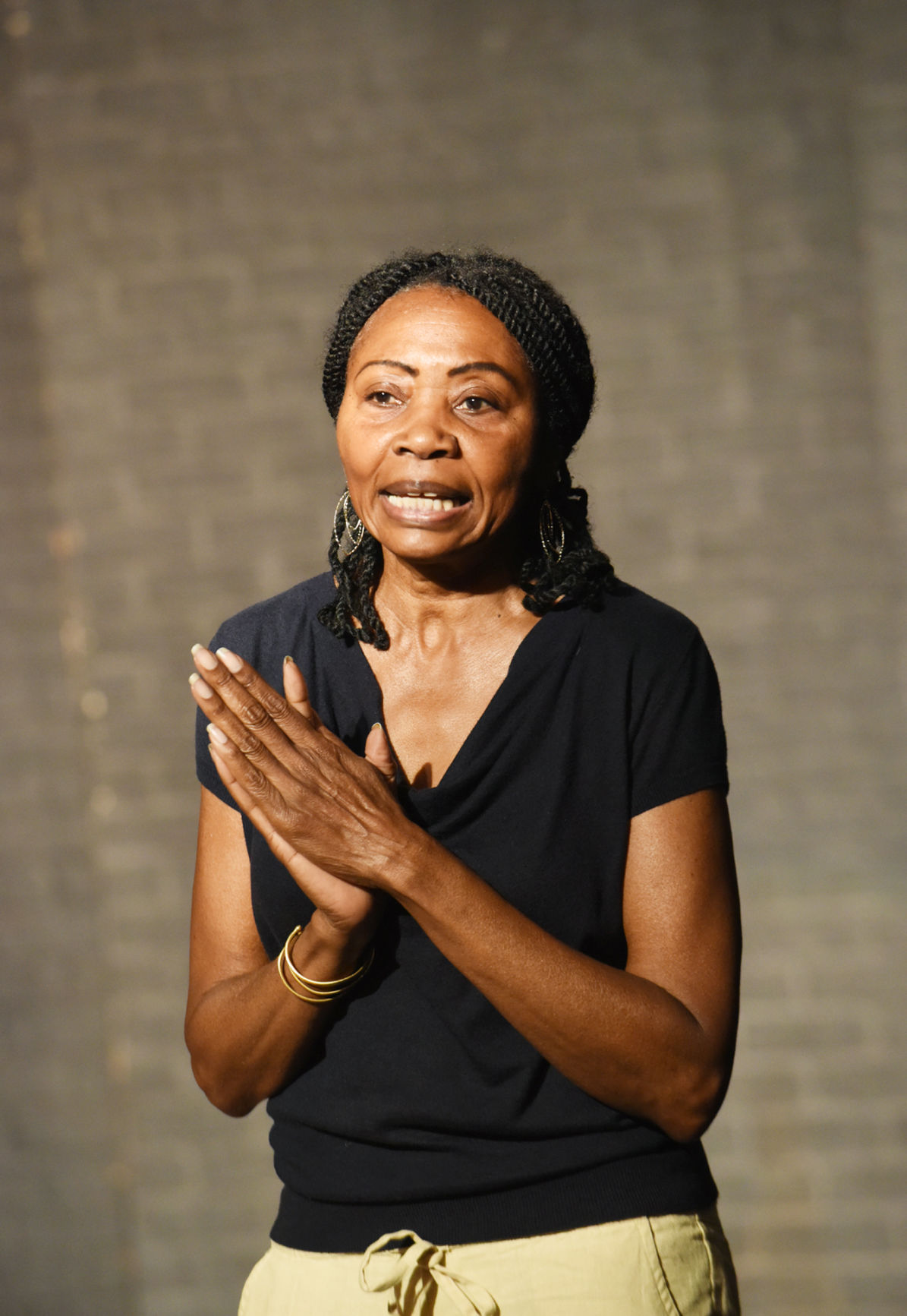 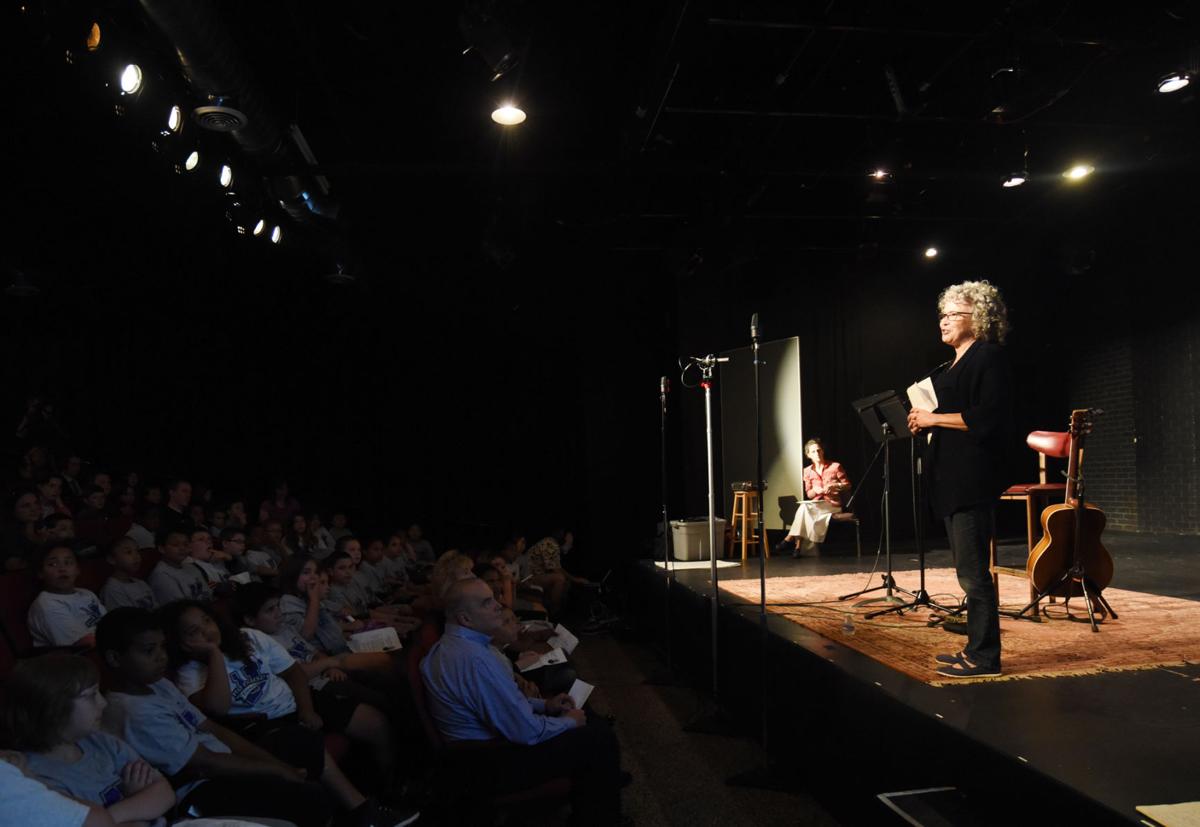 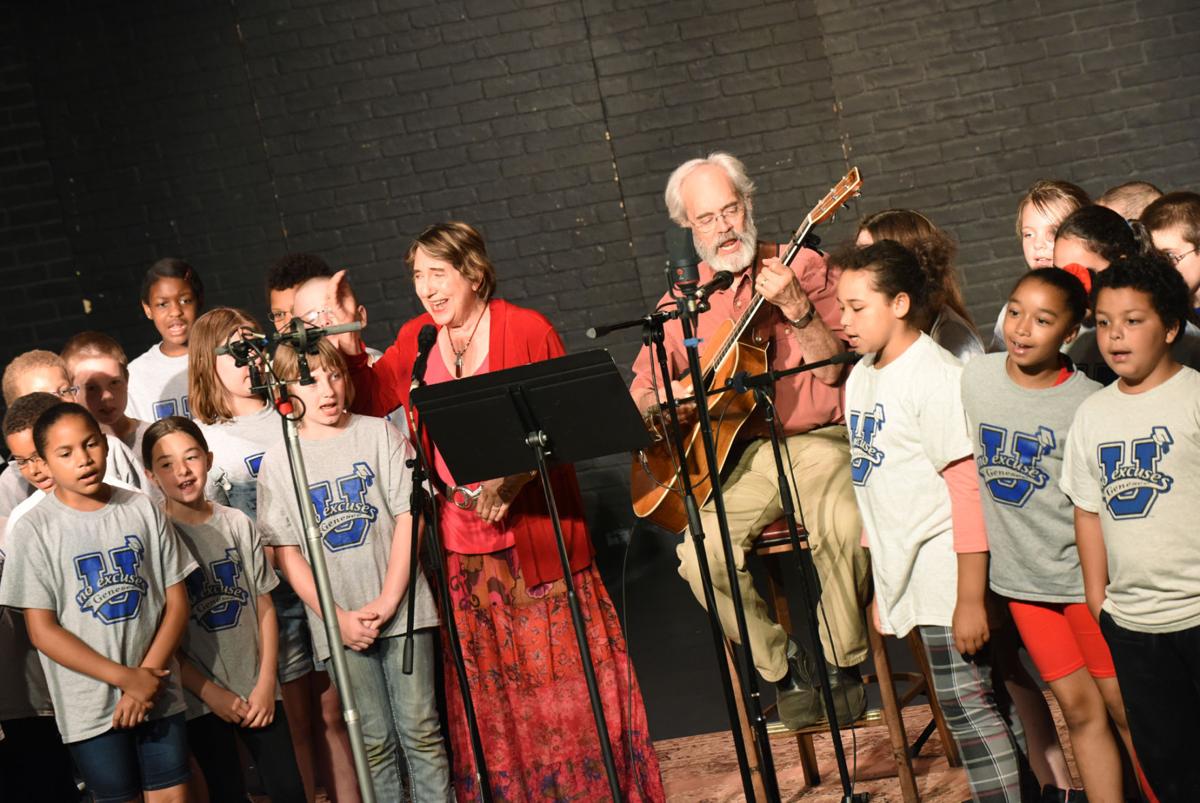 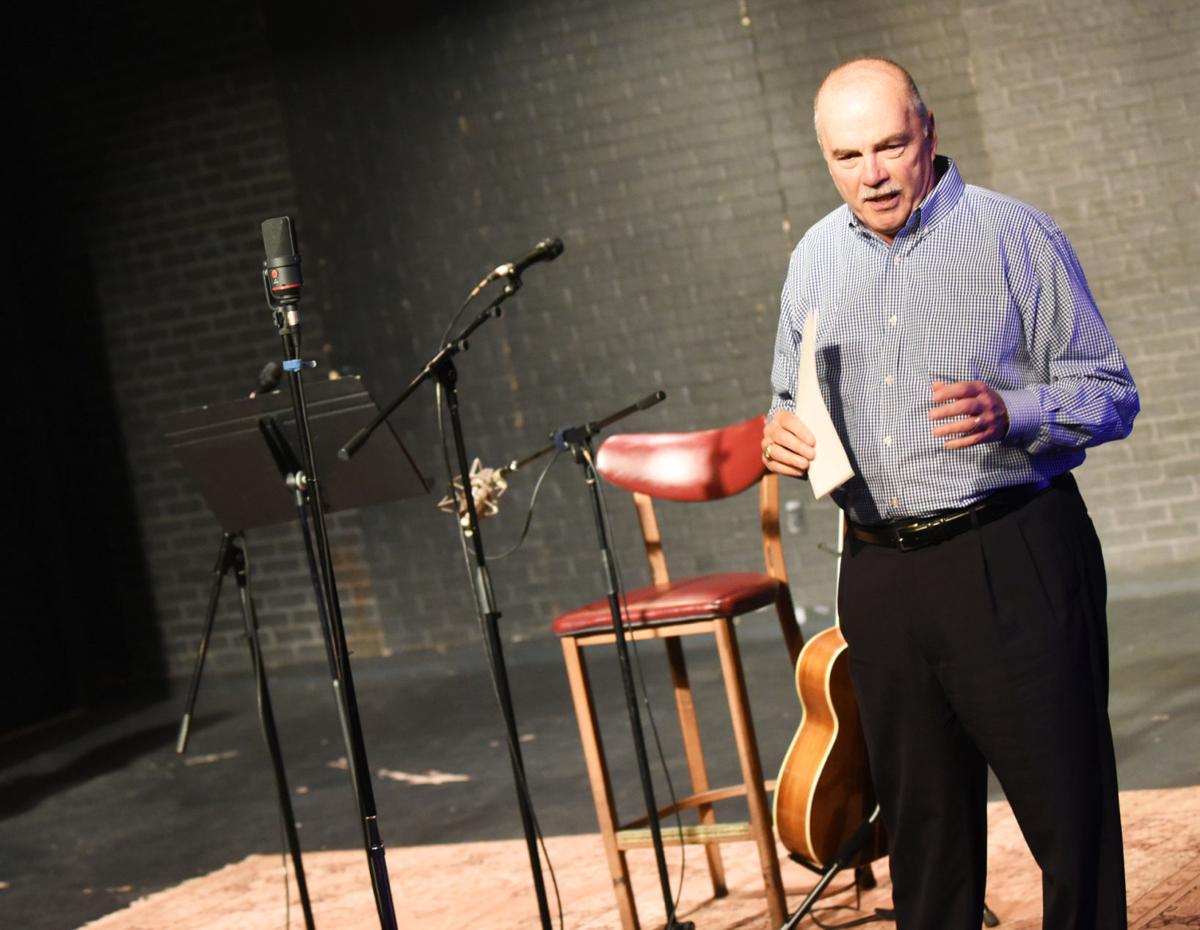 AUBURN | Giving voice to local hero Harriet Tubman's struggle to ferry slaves to safety on the Underground Railroad during the Civil War, elementary students from across the state spent Friday at Auburn Public Theater singing her praises.

Genesee Elementary School fourth-graders from Auburn joined other elementary students from Morrisville-Eaton and Newcomb Central School, a school with only 100 students from pre-kindergarten through 12th grade in the heart of the Adirondack Mountains, to record songs the schoolchildren composed during their yearlong study of the "Harriet Was Here" program.

In the last year, teaching artists Terry Leonino and Greg Artzner, known as folk-music duo called Magpie, guided students as they wrote lyrics telling the story of Tubman's commitment to freedom. The artists were on hand Friday during a morning recording session at APT and an afternoon concert with the assembled students.

Mayor Michael Quill welcomed the young guests to Auburn and told them that his grandparent's dairy farm was located immediately across the street from Tubman's Auburn home. The neighborly relationship is a part of his personal history, and he said responsibility lies with adults to "pass down our heritage to all age groups."

"Harriet Tubman is important to all of us," he said. "Her favorite saying was 'just keep going.'"

His introduction was followed by remarks from Tubman scholar Kate Cllifford Larson, via Skype, who also assisted the students with research on Tubman's life from her time as a Union Army spy and scout to her friendship with New York abolitionists John Brown, Gerrit Smith and William H. Seward as well as her life as a suffragette and elder advocate.

Expecting to enlighten the schoolchildren, Washington said she was pleased that so many of them already knew about Juneteenth and were able to enter into enthusiastic dialogue about it.

Admiration for Tubman and the risks she took to bring freedom seekers to safety from southern to northern states was evident in the songs the children wrote. Songs were written from the perspective of Tubman colleagues, such as Morgan "Luke" Freeman, an Auburn barber who the heroine befriended.

Freeman was born a slave in Auburn and became a business owner as a free man. His State Street barber shop was a stop on the Underground Railroad and is now the location is a branch of First Niagara Bank. The Genesee students wrote a letter to the bank requesting it acknowledge that history with a plaque.

"I knew Harriet Tubman, Extraordinar'ly brave, She helped freedom seekers from slavery she did save," sang the fourth-graders. "Our good friend Mr. Seward a farm to her he sold, a home for friends and family a shelter from the cold."

The Auburn children said meeting new students from other schools and sharing their combined knowledge of state history was fun.

Biden: This is the decisive decade on climate

Biden: This is the decisive decade on climate

Genesee Elementary students host a recording session with students from two other schools in different areas of the state on June 19, 2015.