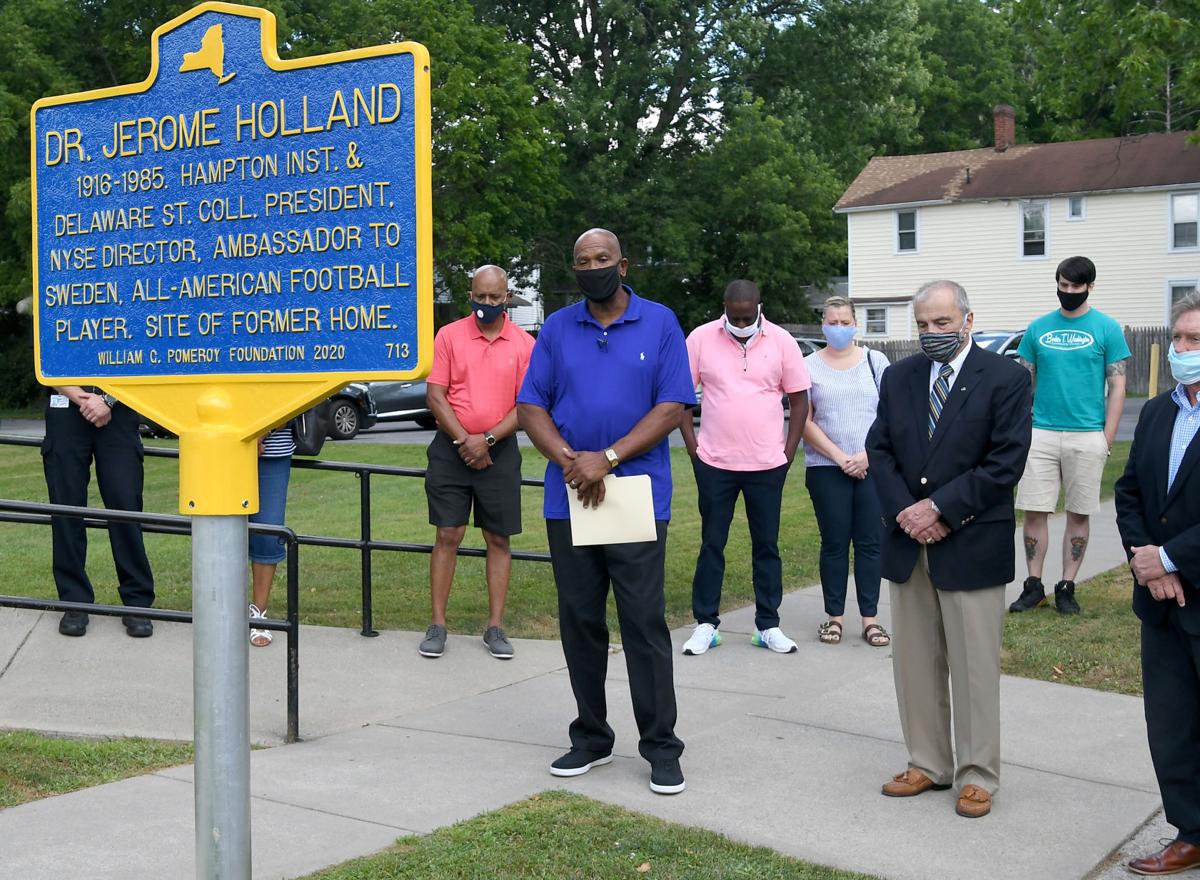 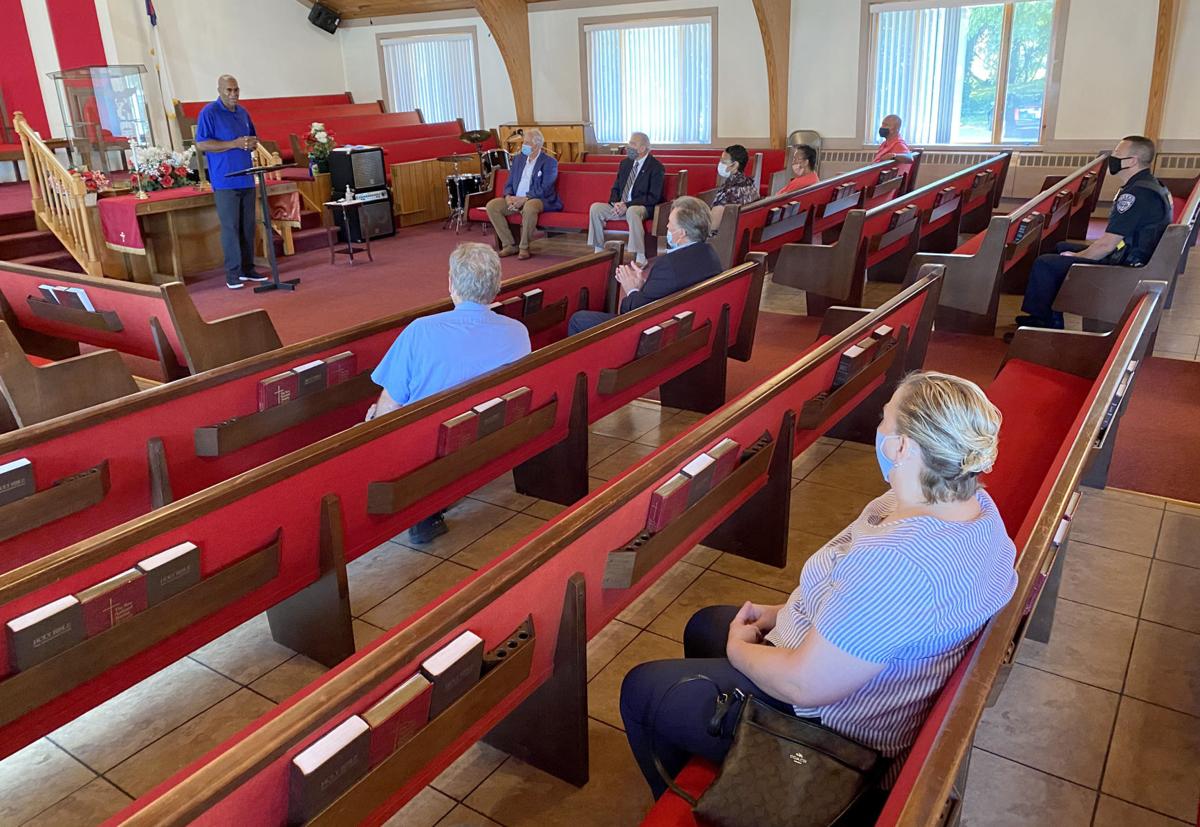 AUBURN — A trailblazer from Auburn who broke through racial barriers was acknowledged with a historical marker during a dedication event Tuesday morning.

A marker honoring diplomat and educator Dr. Jerome H. "Brud" Holland was set up at the Roosevelt Memorial Baptist Church on Fitch Avenue.

The marker, paid for through a grant from the Pomeroy Foundation, lists off a  smattering of Holland's accomplishments, including serving as the U.S. ambassador to Sweden and being an All-American football player. Additionally, he was the first Black man on the board of directors of the New York Stock Exchange, the chairman of the American Red Cross and received the U.S. Presidential Medal of Freedom posthumously, along with various other achievements and superlatives. Holland is also the namesake of Holland Stadium at Auburn Junior High School.

The church is on the site of Holland's childhood home. The church's pastor, the Rev. Robert E. Wilson, said the marker came about after Cayuga County Legislator Tim Lattimore asked Mike Long, a former Auburn historian, to do some research for a proclamation for the church's 100th anniversary in September 2019.  That eventually led to the $1,100 grant from the foundation, Wilson said.

He kicked off the event with a prayer, acknowledging Holland's accomplishments "that (were) done in the midst of hatred, prejudice, racism, Jim Crow, all of those things." Wilson said he is inspired and amazed by Holland's deeds.

Ed Catto, a representative for the foundation, praised Holland and the example he set for those in Auburn.

"Thank you very much for embracing the history and the legacy that this great man has, helping share it with other Auburnians. Everyone who drives by Fitch Avenue will see this," he said. "But more importantly, we hope that it will serve as a touchpoint for people to embrace and to learn about how to live a life well lived."

While speaking, Long expressed astonishment with how someone could have enough time to achieve Holland's many accomplishments, including being on the boards of various organizations.

"Doing one or two of those things would have been an accomplishment," Long said. "In today's world, if you were an All-American football player, that would have been your ceiling, your high point in your career. He accomplished so many, many more things."

Wilson said he hopes the Auburn education system will include more about Holland in the future.

"I want the youth to be inspired to aspire for greatness in the midst of adversity," Wilson said after the event.

SENNETT — Fire caused extensive damage Friday at Route 20 Grill & Tap, a restaurant just outside of Auburn that traces its roots to 1904.

Route 20 Grill in Sennett vows to rebuild after fire

In the first public comments since a large fire heavily damaged their building Friday afternoon, the chef and staff of the Route 20 Grill &…

Ormie King: A trip to downtown Auburn of yesteryear

Today we have some really great old photos of downtown Auburn! Enjoy!