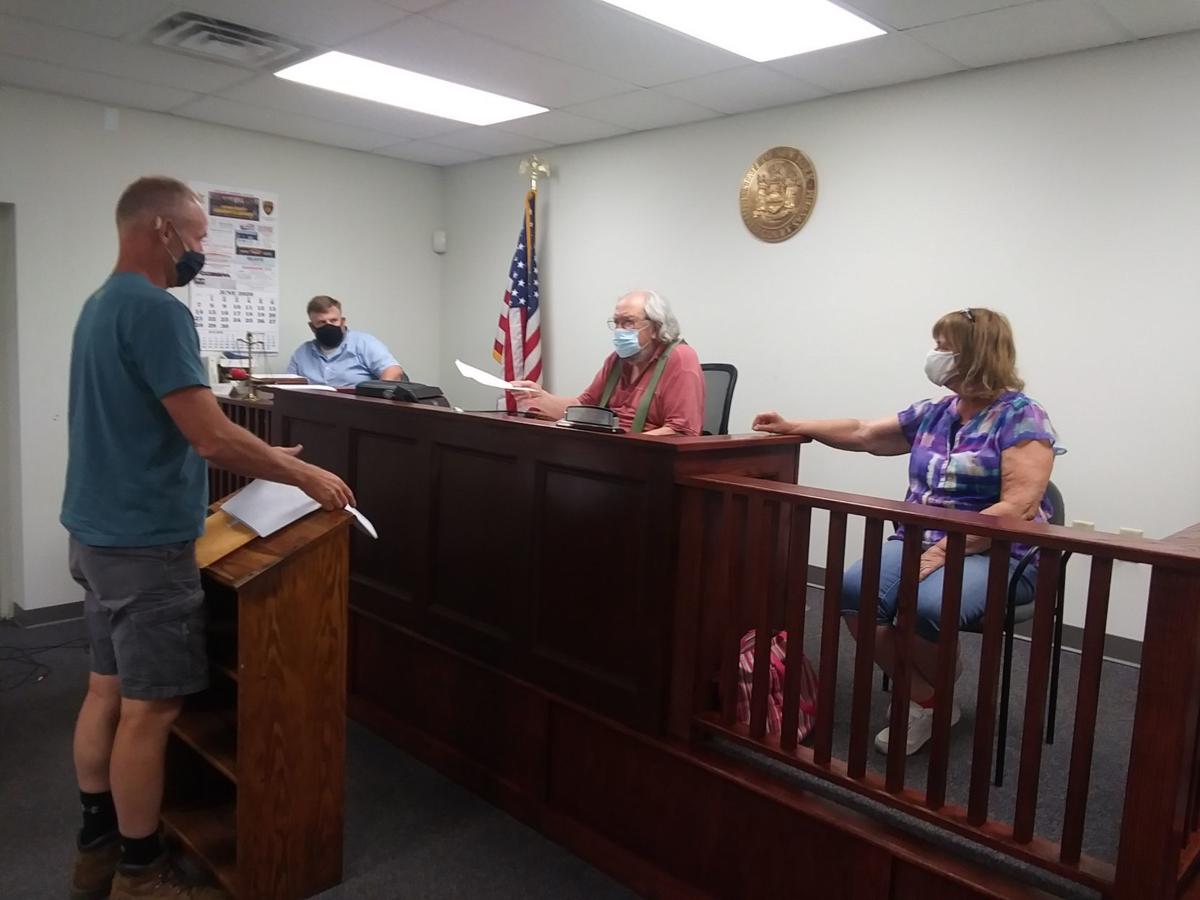 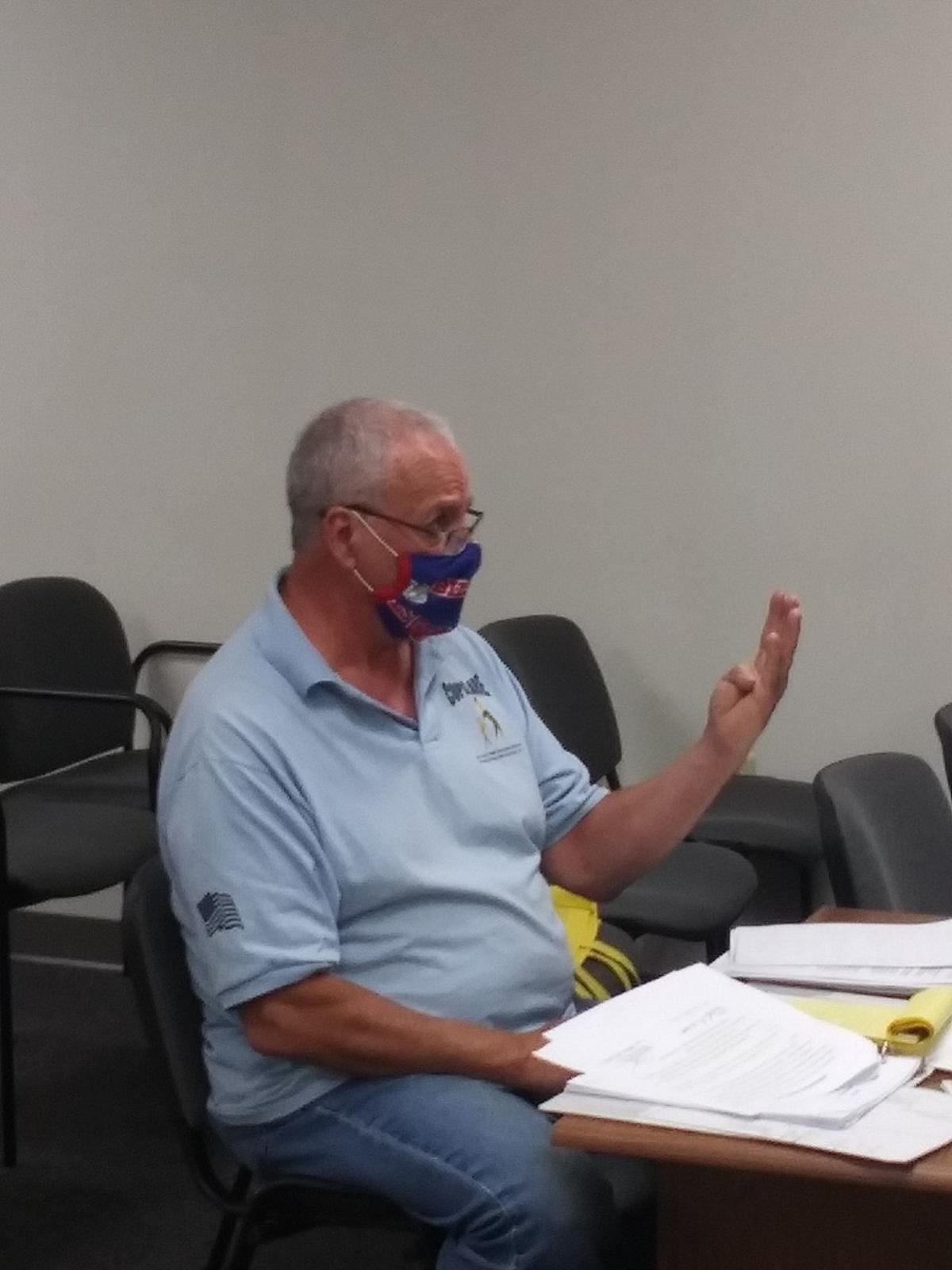 The Cato Planning Board has no issues with a project to put some storage units on a piece of land in the town, but not everyone was happy about it during a tense, shout-filled meeting Tuesday night.

The property at the center of the dispute is located at 10277 Route 34. It consists of around 7.5 acres and is owned by Mark Loveland. Loveland wants to put storage units on 2.5 acres of this land, and seeks a new subdivision. He purchased the property for $167,500 in May 2019 from DD Cummins LLC, which had bought it in a foreclosure sale the year before for $133,740, according to Cayuga County real estate records.

Cato resident Joel Soccio started a petition against the subdivision request, which has amassed over 70 signatures. In an interview with The Citizen Friday, Soccio noted four businesses are on the property now and said he felt the latest project would disturb the rural character of the area.

"The majority of these people didn't move to Baldwinsville, they didn't move to Liverpool, they moved out to Cato, New York, which has one traffic light and that's what they came for," Soccio said of town residents. "The issue is, enough is enough. How many businesses are we going to put on 7.5 acres?"

According to the minutes for the Cato Town Board meeting on June 2, Loveland discussed the new design of the property. Town Supervisor Charles Ray said "to get the subdivision approved then we will discuss the building." Soccio also showed the petitions to the town board at that meeting.

Both Loveland and Soccio attended the planning board meeting Tuesday night. Planning board Chair Thomas H. Lloyd said before the meeting that Loveland didn't need to submit a subdivision request. The property's previous owner, Mark Wattam, was previously approved to build storage units on that 2.5 acres, Lloyd said, but Wattam passed away before he was able to do so. Lloyd said that approval has carried over to Loveland since he now owns the property. Lloyd also noted the storage units Loveland wants to build would cover fewer square feet than the ones Wattam did.

At Tuesday's meeting, Lloyd suggested to Loveland that he go to the town code enforcement officer, Jay Moose, who was at the meeting, and seek a building permit. Loveland left shortly afterward.

Soccio took issue with this, arguing that the project doesn't abide by town code and that board members were ignoring residents' complaints.

According to Cato code documents on land use, a planned development district — a zoning classification the land falls under — must be at least five acres "of contiguous land unseparated by existing roads or properties." Soccio argues the property Loveland wanted to subdivide doesn't qualify, since the smaller portion would be about 2.5 acres.

Lloyd said the code states the governing board is able to modify requirements for planned development districts, such as the five acres requirement, as it sees fit. He feels the town board did that when it approved Wattam's subdivision request years ago, he continued. Before the meeting, he said that he feels Loveland's project wouldn't disturb anyone.

Soccio, sometimes shouting as he spoke — and with board members sometimes responding in kind — repeatedly argued that as part of a planned development district, the property can only be used for agricultural uses.

"You're absolutely right, you can have a subdivision there, it just has to used for agricultural purposes only," he said.

Lloyd said that he felt it wasn't the board's position to make that determination.

Soccio often expressed disbelief with what he was hearing, and told board members he was interesting in running for the planning board.

After Soccio repeatedly insisted that there were many violations involved with the issue, including the property being used for non-agricultural purposes, Moose said Soccio would have to file a written complaint with the town clerk. Moose said after the meeting that if Soccio's complaint involved the property being used for reasons that aren't agricultural, he would look into all of the amendments to that property's planned development district. Moose added that he would take a fair, objective look at Soccio's grievances.

At one point, Lloyd asked Soccio why he cared so much about this particular issue. Soccio responded by saying he drives by it.

"Drive by it with your eyes closed!" Lloyd said.

A man was found dead on the roof of a senior living facility earlier this week, but the Auburn Police Department doesn't believe there is anyt…

A new food business has opened in Auburn, both giving customers a quick and easy option and giving fellow businesses needed support during COVID-19.

Auburn man who sold oxycodone to get 2 months in jail, plus probation

AUBURN — Judge Thomas Leone had to decide how much time an Auburn man would spend in jail for selling oxycodone, in Cayuga County Court Thursday.