AUBURN — The Cayuga County Legislature Monday approved a revised version of a land development agreement for a proposed 6.5 megawatt solar array on county-owned land in the town of Sennett.

In a 10-5 vote, the Legislature approved a land development agreement, with a lease option, that would allow developer Abundant Solar Power, a Canadian company, to develop an array on an approximately 35-acre piece of county property at the county's Natural Resource Center at 7445 County House Road.

Prior to the vote, Chris Carrick, program manager for the Central New York Regional Planning and Development Board, which helped conceive the project and which Cayuga County is a member of, explained the project and the approval process to the legislators.

The approved resolution only provides for a land development agreement, which includes no cost to the county but would provide the developer the confidence it needs to pay for a $15,000 study to determine what is needed to connect with the New York State Electric and Gas Corporation grid.

If the study determines that the costs are in line with the company's estimate of $750,000, the company would present the county with a lease and power purchase agreement to approve or deny.

As the county would also be acting as the sponsor allowing the developer to apply for approximately $2 million in state grants, which Carrick said the project depends on, the purchase agreement would offer the county a favorable rate of 6.6 cents per kilowatt.

Carrick said the project estimates the county, if it decided to purchase power from the array, would consume approximately 25 percent of the electricity generated with the rest available for purchase by county residents, with a targeted 10 percent savings compared to current costs.

Legislators Andrew Dennison, R-Ira and Tucker Whitman, R-Sterling, questioned the favorable rate for the county, saying the 6.6 cents rate or whatever could be afforded should be offered to residents.

Carrick, however, said the economics of the project made it impossible to support such a rate.

The agreement traveled a difficult path to approval, having previously been approved, defeated and tabled at several legislative committee meetings in recent months.

Several legislators Tuesday expressed concern at the process of the resolution, which was most recently reintroduced during October's Ways and Means committee meeting.

Legislator Aileen McNabb-Coleman, D-Sennett, said at the time she had felt "blindsided" by the proposal and did not have a chance to get more information.

While McNabb-Coleman still had some concerns Tuesday, she ultimately voted in favor of the project since the current resolution did not commit the county to any costs or purchase agreements.

"For now, I don't want to stand in the way of Abundant reaching out [for a state grant]," McNabb-Coleman.

Legislator Timothy Lattimore, R-Auburn, who is also on the board of the Cayuga County Public Utility Services Agency, had similar concerns as McNabb-Coleman, but voted against the agreement out of concern that the contracts for similar projects in the past left the county with too much liability and that CCPUSA members had not been involved enough in the drafting process.

"I want to make sure the project is successful and the only way to accomplish it should be to have [CCPUSA] at the table," Lattimore said.

"Dave has succeed in his mission to protect and serve," the proclamation reads.

Gould, who was surprised by the announcement, joked that he would keep his remarks short before he choked up, but thanked everyone gathered for their support of him and his office over the years.

"I truly, truly, from the bottom of my heart, appreciate it," Gould said.

Tuesday was Student Government Day in Cayuga County, which meant that each legislator, as well as the county administrator, attorney, and clerk of the Legislature, brought a student from throughout the county with them to the Legislature meeting.

In addition to answering for the legislators in roll call votes, the students were also allowed to ask questions about specific matters and resolutions up for the Legislature's consideration.

No-cost state solar program workshops to be held in Elbridge

SENNETT — A proposed solar array on county-owned land in Sennett took another step forward Thursday, as the town's zoning board of appeals app…

As Cayuga County moves closer to finalizing a deal to purchase electricity generated by solar panels, legislators need to make sure the county… 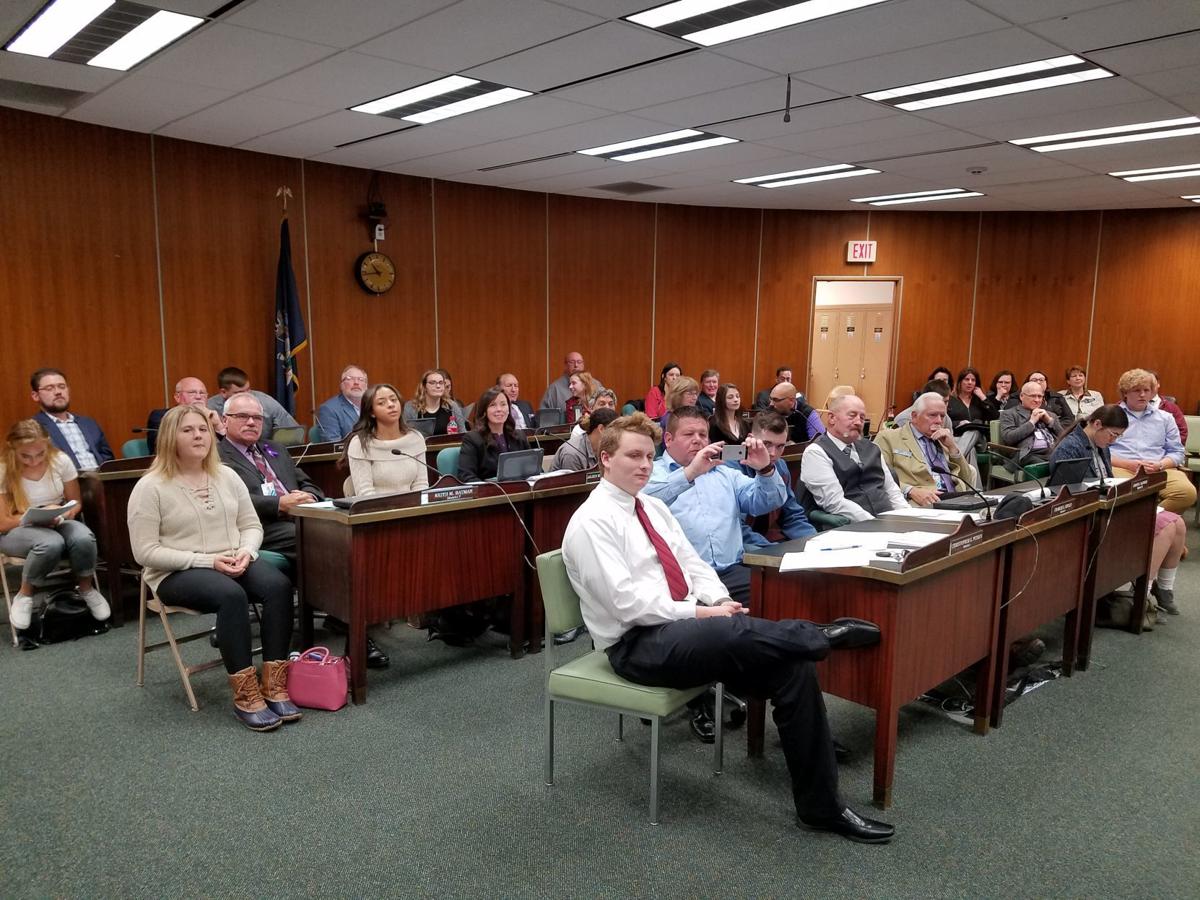 Members of the Cayuga County Legislature were joined Tuesday at the body's monthly meeting by students from throughout the county as a part of Student Government Day. 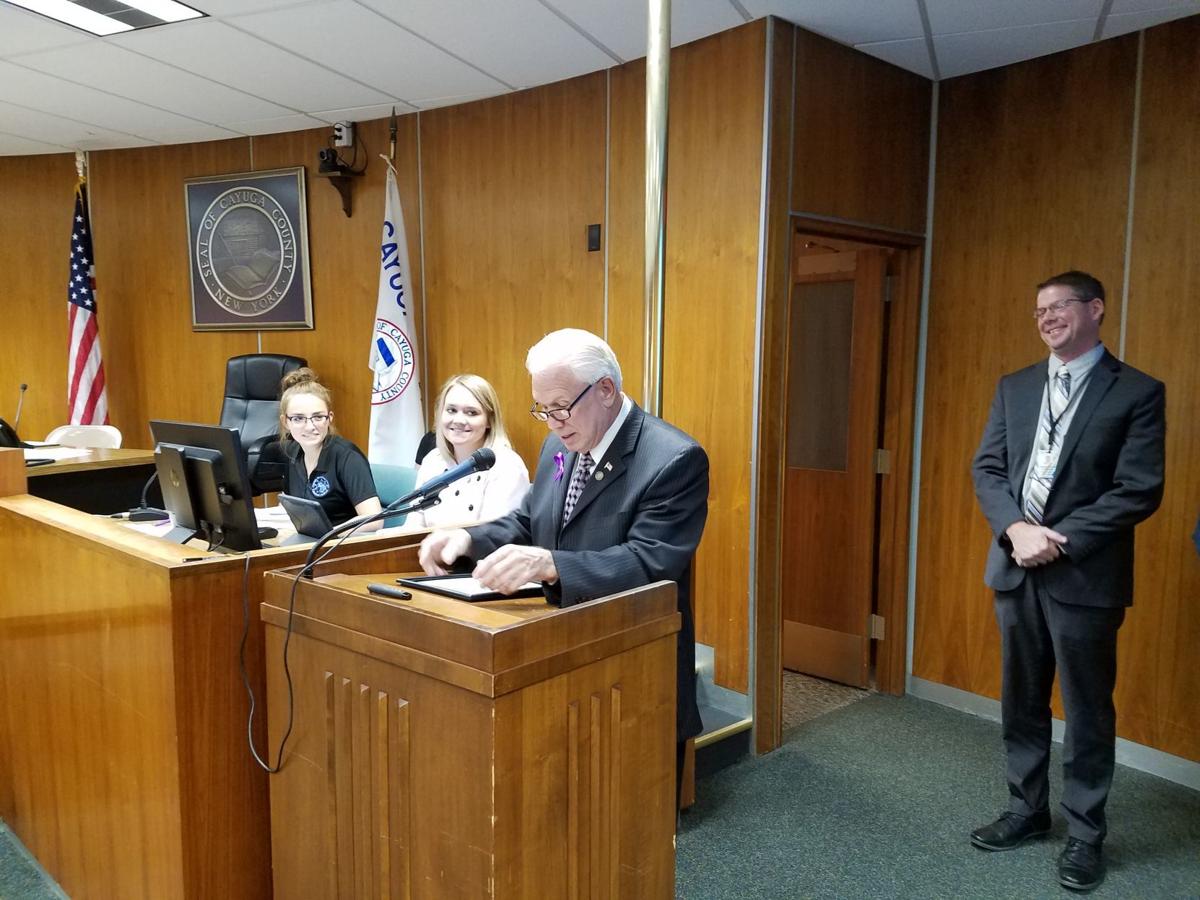