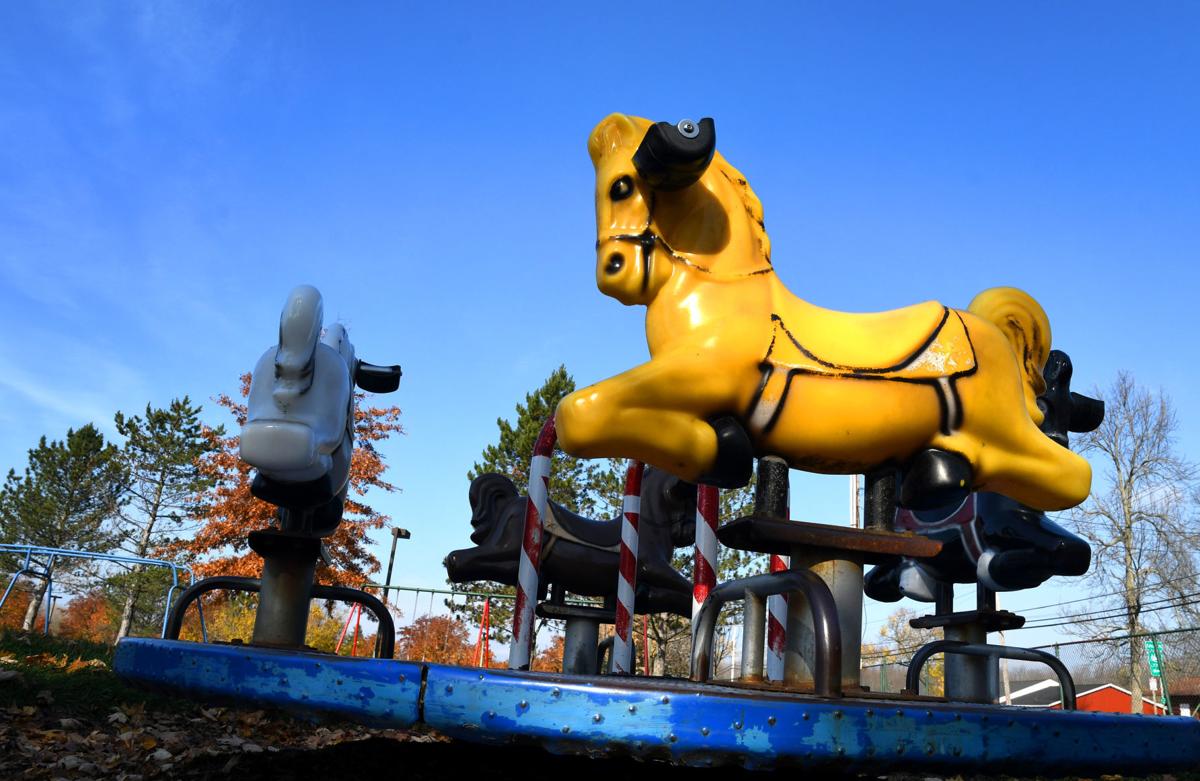 A new playground is coming to Emerson Park. 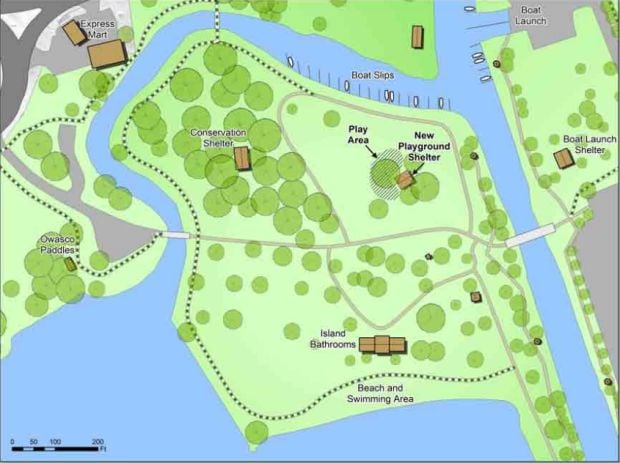 A proposal for a new playground from the Emerson Park 2015 Master Plan draft.

In 2017, the county submitted a Consolidated Funding Application through the Environmental Protection Fund and was subsequently awarded a grant for approximately $482,000, which is half of the total project cost of $964,000. Cayuga County will provide $300,000 for the project and is working to find private partners to contribute the remaining $182,000, Cayuga County Director of Parks and Trails Doug DelloStritto said.

"We're excited about the project," he said, adding that it is a great example of public/private partnerships.

The scope of the project includes building a "destination playground" under the cottonwood trees on Deauville Island to replace the equipment that is currently there, DelloStritto said. Last summer, the county planning department sent out surveys to residents to get their input on what kinds of equipment they want at the new playground.

County Planner David Nelson said the county received over 500 responses. Popular equipment that residents would like to have at the playground include swings, climbers and slides.

"Overall, there's a lot of excitement for a new playground design," he said.

Nelson added that the county is planning additional community outreach and public workshop events to get more feedback from residents about the playground's design.

The other aspect of the project includes building a pedestrian bridge on the north side of the island to connect it with White Bridge Road, which will make the park accessible from Auburn High School and eventually connect to the city of Auburn's Owasco River Trail. Nearly 4,000 feet of pedestrian and bicycle paths will be installed around the island and 650 feet of service roads will be repaired.

DelloStritto anticipates construction will start this fall and continue into the winter. The finishing work, such as landscaping, is scheduled to be completed in the spring so residents will be able to enjoy the new and improved park by the summer of 2019.

The project will allow the park to expand its current programming and hopefully additional events in the future, DelloStritto said.

"This is a wonderful, wonderful upgrade to the island and I think people will really enjoy it," he said.

These improvements and others were outlined in the county's Emerson Park Master Plan, which was adopted in 2015.

The full county Legislature will vote to accept the grant during its next meeting at 6 p.m Tuesday.

Are aliens not coming to Earth because of the cost?

Are aliens not coming to Earth because of the cost?

What is that mysterious 'blinking' object in space?

What is that mysterious 'blinking' object in space?

OWASCO — Part of the Cayuga County Parks Commission Plan to improve Emerson Park's Deauville Island has been delayed, but the effort to build …

AUBURN — A consulting firm is recommending that Cayuga County make some significant investments in the coming years, such as adding a deputy c…

A new playground is coming to Emerson Park.

A proposal for a new playground from the Emerson Park 2015 Master Plan draft.