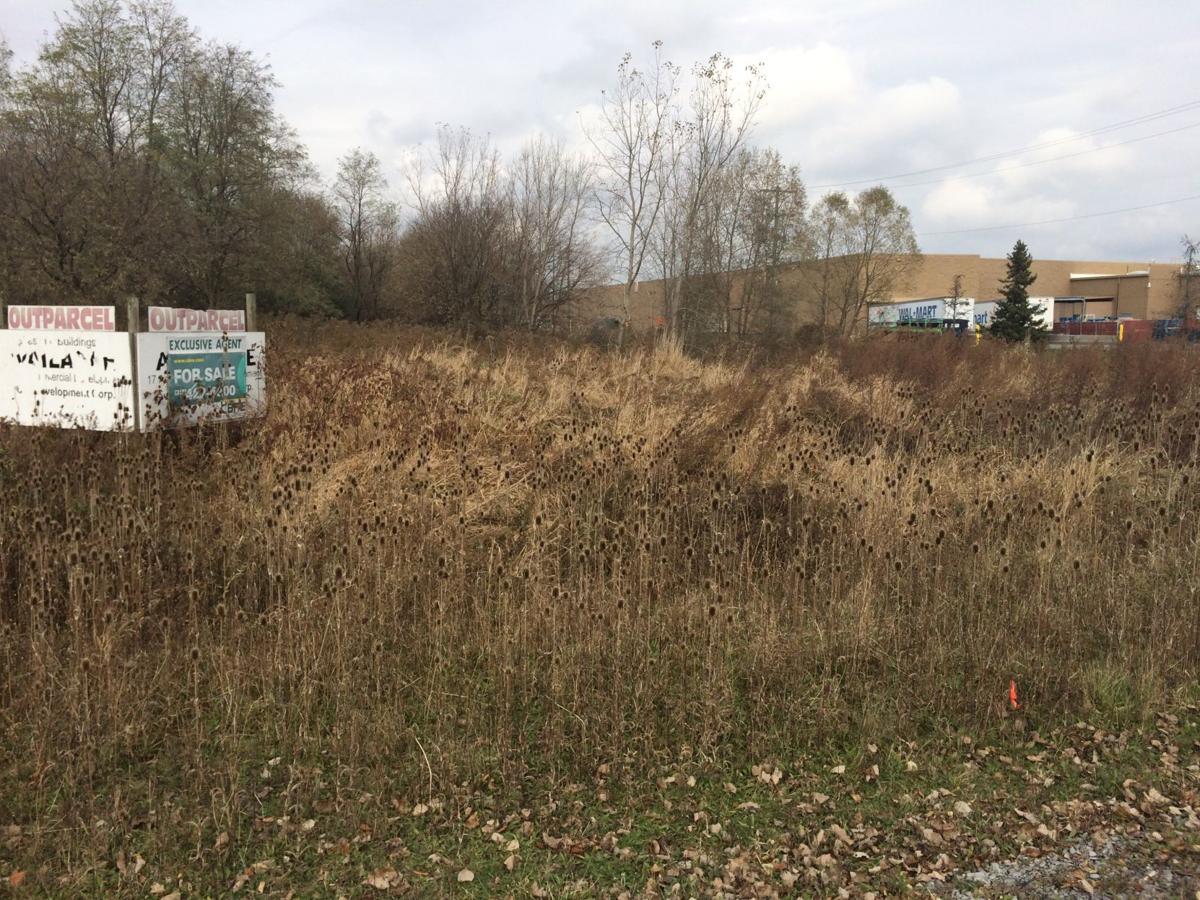 Cape Haven plans to build a cluster of tiny homes on an 11-acre plot of land behind Walmart in Auburn. 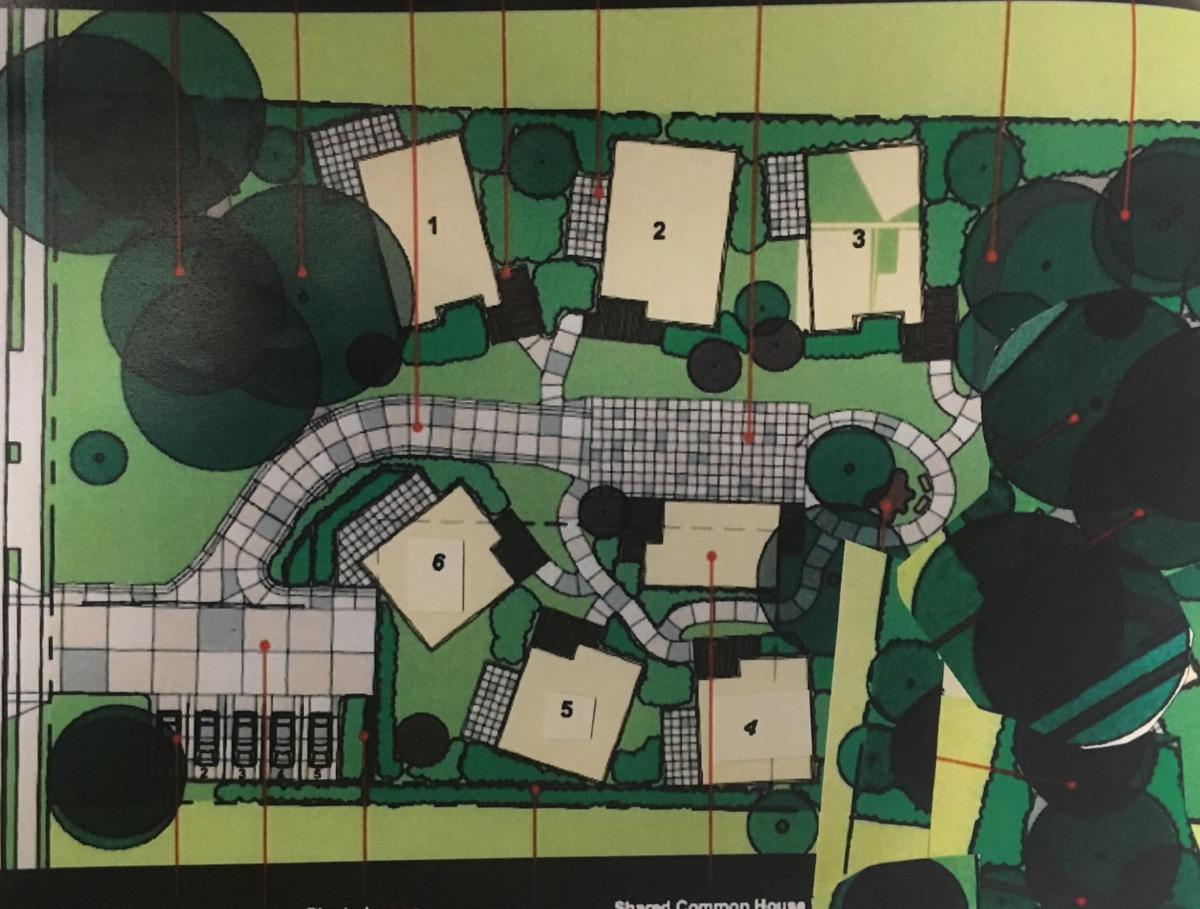 A rendering shows what the Cape Haven tiny house community will look like.

The executive directors of Chapel House and Cape Haven, Christina Thornton and Mary McLaughlin, respectively, both said they hope to break ground on their separate projects by the spring of 2018.

Thornton said shelter staff and board members have been working on the project for about a year, planning what they want the homes to look like and identifying properties to build the houses on. The homeless shelter received an undisclosed amount of money from a donor, who wishes to remain anonymous, to build the homes, Thornton said.

The anonymous donor proposed the idea for the tiny homes and shelter staff was on board with the idea, Thornton said. She and other staff looked at similar projects in Syracuse and Ithaca that offer tiny homes to homeless veterans. Now, they are in the process of finding land to build the homes.

Thornton said the shelter is looking to purchase smaller parcels of vacant land around the city in areas surrounded by mostly rental properties.

"We're looking to maintain the integrity of the area and build the houses to fit in well with surrounding buildings," she said.

The first home will go to a veteran. Last year, Thornton said, the shelter helped 56 homeless veterans, who make up nearly a quarter of the shelter's population.

However, the project may face some setbacks if a proposed update to the city's zoning code is approved by members of the Auburn City Council.

The current draft of the city's zoning code revision prohibits tiny homes smaller than 384 square feet and only allows them to exist in clusters of at least four tiny homes.

Originally, Chapel House's plan was to build five to seven tiny homes around Auburn, Thornton said. The homes were going to be smaller than 300 square feet in order to keep the cost of utilities down for individuals who will be living there.

"We want our individuals to be part of the community and not segregated in their own little sections," Thornton said.

A representative from Chapel House spoke during a recent zoning code public hearing and requested that the city change the code to fit the shelter's project. Thornton said she and other shelter personnel met with City Manager Jeff Dygert in March and they believed the city was supportive of their project.

"The city of Auburn’s proposed zoning recommendations ... would, in my opinion, be cost prohibitive in the extreme for very low-income housing," McLaughlin said during the meeting.

During an interview with The Citizen on Monday, McLaughlin said her project fits within the parameters of the new zoning code. She said Cape Haven's plan is to build a cluster of at least six 370-square-foot homes on an 11-acre parcel of land behind the Auburn Walmart.

McLaughlin said she is still working to finalize a budget for the project in preparation for submitting a grant application for funding at the end of the week, but she estimates construction costs will be $100 per square foot.

McLaughlin, a rehabilitation psychologist with a Ph.D. from Syracuse University, said she conducted a formal research study several years ago in Auburn among the "chronically homeless population." She found that 85 percent of those who have been homeless for extended periods of time suffer from traumatic brain injuries.

While the homes will be available for all people in need, regardless if they suffer from brain injuries, McLaughlin said she designed the homes with the mentally disabled in mind.

"One of the advantages of the tiny homes is they can come and go on their own," she said. "They don't have to interact with other tenants where their behavior might not be understood by the other tenants or the landlords."

McLaughlin said she has been "very successful" working with homeless populations in the past.

"There are no hopeless cases out there," she said. "I've dealt with the sickest of the sick out there and I've been astonished what can happen when the right services are provided by the right people."

The volunteers and staff at Chapel House have many reasons to count their blessings this year. One reason is their upcoming 10th anniversary c…

Cape Haven plans to build a cluster of tiny homes on an 11-acre plot of land behind Walmart in Auburn.

A rendering shows what the Cape Haven tiny house community will look like.