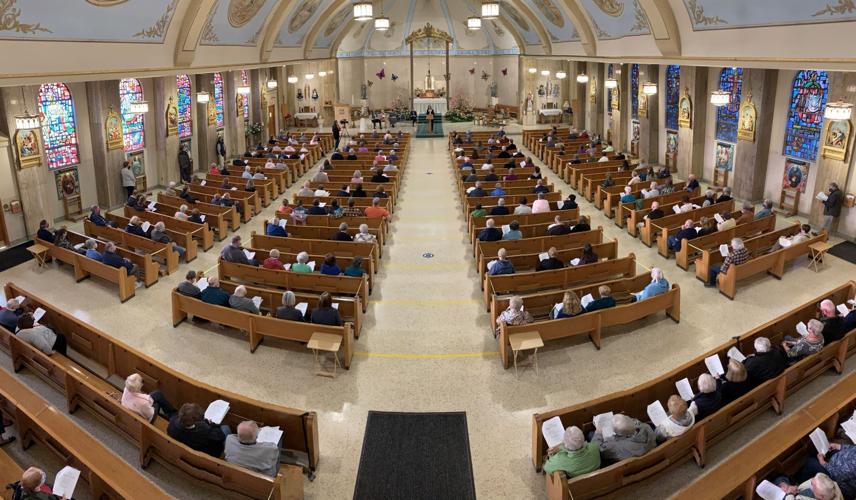 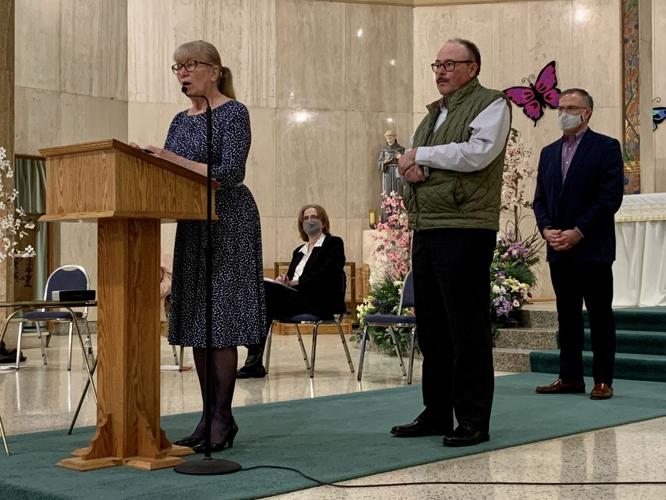 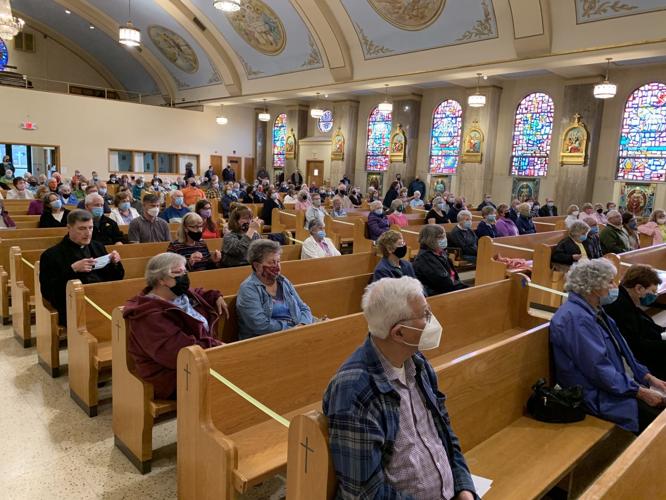 AUBURN — The committee tasked with recommending Catholic church closures in Auburn and northern Cayuga County presented its current plan to about 150 parishioners Monday night at St. Hyacinth Church. And though some in attendance voiced reluctant support for the plan and agreed with its necessity, others said they believe the Roman Catholic Diocese of Rochester should find another way.

As members of the committee noted several times Monday night, its recommendations are not final. It will consider the feedback it received at the meeting, as well as another one Tuesday, before presenting its final recommendations to Bishop Salvatore Matano of the diocese in May. The committee is also conducting an online survey at surveymonkey.com/r/AuburnCayugaParishSurvey.

Matano will ultimately decide which churches are closed. Monday, committee member Dan Fessenden played a recorded message from the bishop for the St. Hyacinth audience.

"I understand how painful these undertakings are," Matano said. "The flame of faith will ultimately grow stronger."

WHAT: Public meetings on the plan to close Catholic churches in Auburn and northern Cayuga County

Matano went on to explain during his message that the money from the sale of any local Catholic churches will go to their parishes, not the diocese. That was one of several questions he and the committee tried to preemptively address during the presentation. Among the 16 members who spoke were Nancy Camardo, who said the declining availability of priests was one of the biggest reasons for the pastoral plan. For the Revs. Frank Lioi and John G. Gathenya and their assistants, sharing nine area churches is "physically, mentally and spiritually taxing," she said.

Member Janet Zane shared some of the committee's data on parish life trends, which was made available to the audience in a handout. Between 2011 and 2019 at the area's nine Catholic churches, faith formation was down 59%, baptisms 40% and confirmations 55%. That data doesn't cover the time of the COVID-19 pandemic, Zane said, which is expected to exacerbate the decline.

"Early in the committee's work it was suggested that perhaps we should do nothing, and recommend that all worship sites remain open. While the idea sounded appealing, the data suggested otherwise," she said. "Doing nothing would simply hasten the financial stress on our parishes and our families as we continue to struggle to maintain these nine worship sites and related buildings."

The physical condition of the nine churches was covered by committee member Ed Fenzl. According to its research, Holy Family needs the most investment — about $2,311,000 — to replace its church and school roofs, repair its exterior and more. The former St. Joseph School at St. Alphonsus needs $1,098,000 for a new roof and windows, and St. Francis needs $293,500 for several repairs.

Though Sacred Heart needs a new roof that would cost about $480,000, the Owasco church and St. Mary's together account for 50% of the area's parishioners, the committee said. The good condition of those churches and their distinct locations are some of the other reasons they were selected. St. Hyacinth, meanwhile, was selected because its campus has "the most unique and compelling attributes and capacity to meet the continuing needs of Auburn's Catholic community," the committee said, as well as the largest seating capacity — 610 — of all nine churches. And among the reasons St. Ann's and St. Patrick's were selected was the importance of not losing rural parishioners to churches in other counties, as committee member Joan McCadden explained.

After Fessenden reviewed the recommended closures with the audience, parishioners were asked to provide feedback. The first was one of the members of the committee itself, John Camardo, who received enthusiastic applause when he said that he believes none of the nine churches should close. Instead, Camardo continued, the diocese should focus on filling their pews with new people.

"Once a church is closed, it's closed forever," he said. "Jesus said to Peter, 'Build my church.' He didn't say, 'Close my church.'"

Fessenden responded that the committee wasn't asked by the diocese to raise church attendance. Its handout also addressed the issue, saying, "We did ask ourselves these same questions, which are natural questions to ask. They are just not easy ones to answer. ... The world is changing. It has been changing for Catholics for 2,000 years."

Still, other audience members expressed similar sentiments to Camardo. Deacon John Tomandl of Holy Family said he doesn't agree with the committee's recommendations, either — but he added that he didn't feel it was appropriate to elaborate on those disagreements. Instead, Tomandl called on the 150 concerned parishioners at St. Hyacinth to maintain perspective.

"The only thing that keeps our Catholic faith alive is the Eucharist," he said. "Celebrate Mass, have the sacraments available to us, share our common faith. That's all that's important."

AUBURN — Bishop Salvatore Matano came to St. Francis of Assisi Church on Tuesday evening to listen to the Catholic parishioners of the city ab…

Bishop announces decision on Auburn churches: 'No mandate at this time'

Bishop Salvatore Matano has put the fate of Auburn's Catholic churches back into the hands of their parishes.

As 2021 comes to a close, The Citizen is looking back on the year. This slideshow features the top 25 most-read stories of the year on auburnp…

My dear brothers and sisters in Christ:

The most telling fact in the sad demise of the Catholic Church in Auburn was a number: 150.

Pakistanis struggle to survive with no flood relief in sight