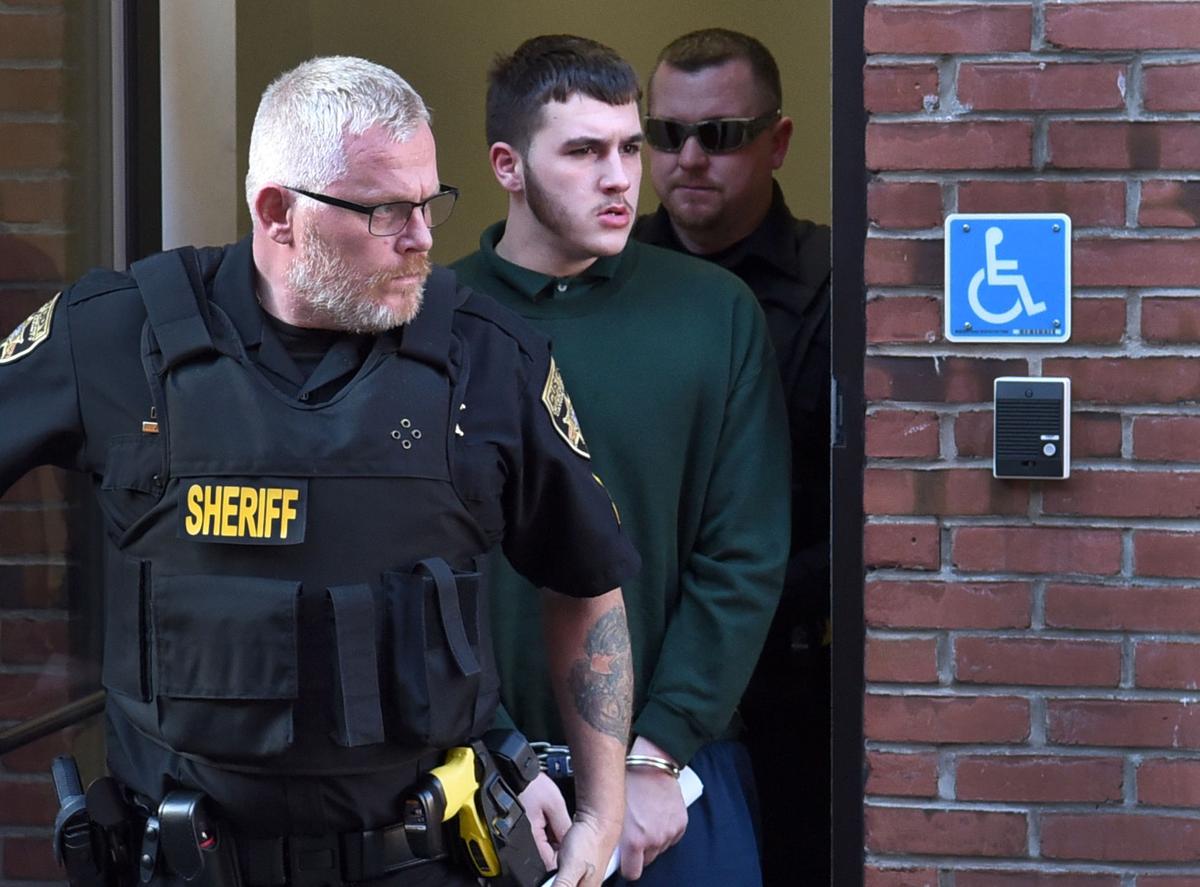 Lucciano Spagnola, then 17, walks out of court in November 2019 after his arraignment in the death of Joshua Poole. 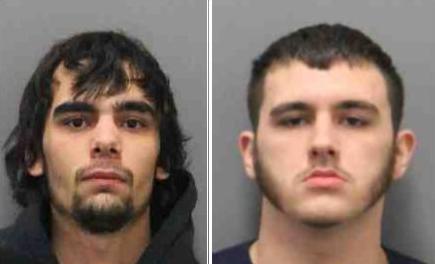 Gage Basil Ashley, left, and Lucciano Vincette Spagnola, have been charged with murder in connection with the Nov. 15, 2019 shooting death of Joshua Poole in Auburn.

Lucciano Spagnola, one of four defendants charged in connection with the killing of 36-year-old Joshua Poole at 8 Delevan St., pleaded guilty in Cayuga County Court Friday to all of the counts he was facing: first-degree attempted robbery, fourth-degree conspiracy and two counts of second-degree murder. Spagnola, 19, and co-defendant Gage Ashley were set to go to trial next week.

In court Friday afternoon, Judge Thomas Leone said that he offered that morning to sentence Spagnola to 17 years to life in state prison if he pleaded guilty to the entire indictment. Spagnola answered questions regarding all four criminal counts, saying that he, Ashley and Tyree Anglin intended to commit a robbery at 8 Delevan St. on the night of the Poole's shooting death.

In court Friday afternoon, Spagnola admitted to intentionally killing Poole during that attempted robbery and that both he and Ashley shot Poole. Spagnola's sentencing was set for Nov. 18.

“This defendant killed the victim in cold blood during an attempted robbery. The defendant fired a shotgun into the victim three times at close range. At the same time his codefendant Gage Ashley shot the victim three times with a 9 mm pistol. Recognizing the overwhelming evidence against him, at the eleventh hour Defendant Spagnola pled guilty to all charges," Budelmann said in the news release. "We were fully prepared to try the case against him and we will proceed forward in the trial of Gage Ashley on Monday. This Office and law enforcement will continue to work tirelessly to obtain justice for Joshua Poole.”

The release noted that the maximum sentence for second-degree murder is 25 years to life, and the DA's office did not make any promises as to what sentence it would recommend. It also said that Spagnola pleaded to the entire indictment without a plea bargain from the DA's office.

When the Auburn Police Department arrested the defendants in 2019, it identified Spagnola and Ashley as the alleged shooters, but noted that Spagnola could not be charged with first-degree murder since he was 17 at the time.

"I think definitely the tenor of Mr. Spagnola's guilty plea is not that he wants (to) accept responsibility for murdering this person, but that he wants to save his own skin at the 11th hour," Valdina said.

Valdina and Deputy Chief Assistant District Attorney Brittany Grome Antonacci both said they are ready for the trial against Ashley.

Ben Susman, one of Spagnola's court-appointed defense attorneys along with Norman Chirco, said after court that he believes Spagnola "took responsibility" and he admitted to the charges.

"Hopefully the victim's family gets some solace that someone admitted to the act," Susman said.

In addition to Spagnola and Ashley, two other people were charged with murdering Poole. Tyree Anglin pleaded guilty in June to first-degree manslaughter, with an expected sentence of 10 years in state prison and five years of post-release supervision.

The other defendant, Christian Rivera, was indicted in 2020 on charges that included second-degree murder, first-degree attempted robbery, fourth-degree conspiracy and fourth-degree criminal possession of a weapon. Authorities said Rivera was not at the shooting but planned the robbery that resulted in Poole's death, alleging he provided money for the masks and gloves to be used during the robbery and provided the 20-gauge shotgun and 9-millimeter handgun used in the robbery. A jury trial date for Rivera has not been set.

AUBURN — A Cayuga County judge on Friday denied a motion to dismiss the murder indictments of two men charged in a 2019 Auburn shooting death.

The Auburn Police Department has charged two Auburn residents with child-sex crimes, one of whom was already being held on a murder charge.

AUBURN — Jury selection started Monday in the trial of an Auburn man facing murder charges in the 2019 shooting death of Joshua Poole.

Two years after the shooting death of an Auburn man on the city's west side, one of the people convicted in the killing was sentenced Thursday…

Looking straight at a person who had shot and killed her brother, Sarah Reed told Lucciano Spagnola about how his actions have affected her family.

Yacht squeezes under bridge with less than 5 inches of clearance

Powering your home or business with green energy

Powering your home or business with green energy

This sea toad has fins that act like feet

This sea toad has fins that act like feet

Car tires recycled as mobile shelters for cats in Cairo

Car tires recycled as mobile shelters for cats in Cairo

Lucciano Spagnola, then 17, walks out of court in November 2019 after his arraignment in the death of Joshua Poole.

Gage Basil Ashley, left, and Lucciano Vincette Spagnola, have been charged with murder in connection with the Nov. 15, 2019 shooting death of Joshua Poole in Auburn.