Last month, with the nation emerging from its darkest stretch of the pandemic, New York state touted how COVID-19 infections in its 11 detention centers for sentenced youth were “kept low and remain low.”

For the first time, the Office of Children and Family Services posted data backing up its assertion, reporting only 32 coronavirus cases among more than 500 youth residents and 258 staff. The low numbers contrasted sharply with infection rates and hospitalizations that skyrocketed this winter across rural and suburban regions where the lockups are located.

Yet previously unreleased and more detailed state data obtained by The Imprint reveals the low number of positive cases may not fully capture COVID-19’s reach among these detained youth: During the first 11 months of the pandemic, youth were quarantined 454 times for “suspected” COVID-19, while only 94 tests were administered.

The rate of testing in the state’s general population was roughly 12 times higher than that of the juvenile justice system, which was well below the standard of care designed to prevent spread of infection, said Meghan Peterson, director of the University of North Carolina School of Medicine’s COVID Prison Project, who reviewed New York’s data. Among the 94 tests conducted, more than 20% were positive — far higher than the World Health Organization’s 5% threshold for “too high,” and the roughly 1% positivity rate in some other states’ juvenile justice systems.

During the same period, according to state data, more than 600 employees went on leave for “suspected” infections with eight hospitalized and two reported to have died.

Tim Donaher, the chief public defender of Monroe County, whose young clients are held in the Industry Residential Center near Rochester, said the scant testing was “unconscionable” and “undoubtedly contributed to the trauma those children suffered by being incarcerated.”

Meanwhile, even with mask mandates and public lockdowns in retreat, the risks of infection in detention centers remains high, where most staff and those locked up have not been vaccinated. As of mid-May, fewer than 14% of the detained young people ages 12 to 20, and 33% of staff, reported being fully vaccinated, according to the state’s Office of Children and Family Services.

Despite the low number of vaccinations and high number of youth and staff with symptoms or known exposure, state officials stuck to their testing practices throughout the deadly pandemic — testing only a fraction of the incarcerated young adults who spend their days and nights in crowded dormitories and day rooms with rotating shifts of approximately 1,200 frontline staff.

In April, The Imprint reported that the state conducted just 26 COVID-19 tests in nine juvenile detention facilities in the first six months of the pandemic. And unlike other large states, it had failed to publicly share infection rates in youth lockups. Three weeks after the story was published, New York officials began posting limited virus information on a state website for the first time.

“The practice of incarcerating children is fundamentally rooted in the treatment of Black and brown youth as disposable. The staggering lack of COVID testing provided to New York’s incarcerated youth, who are predominantly children of color, is further evidence of that fact,” Brooklyn state Sen. Jabari Brisport said in a statement. “Our children are not disposable and we cannot abide by a system that treats them as such.”

Leading experts on COVID-19 and corrections who reviewed the Office of Children and Family Services data for The Imprint agreed: The state almost certainly missed many infections, likely endangering staff and their home communities.

“Kids aren’t as likely to die, but they are a priority in terms of preventing them from spreading the disease,” said Dr. Josiah Rich, an infectious disease and corrections expert at The Warren Alpert Medical School of Brown University, who contributed to a landmark study last year on mitigating COVID-19 in detention centers. “The problem with outbreaks in youth facilities is you will get staff who are sick, and some of them might die.”

Rich added that given the lack of testing, New York “probably screwed up here,” and the “suspected” case numbers underscore the urgency of vaccinating all staff and eligible young people.

But in a statement, a spokesperson for Children and Family Services — the agency overseeing the facilities — touted its performance during the pandemic and stressed that the well-being of youth and staff is a top priority.

“We at OCFS are extremely proud that our strict adherence to health and safety measures resulted in low rates of infection among staff and youth in our juvenile justice system,” said Monica Mahaffey. She added that protections included isolation of youth newly entering the facilities, strict mask protocols, screening and limiting visitors.

“The numbers speak for themselves and we stand by our successful record,” Mahaffey said.

In response to queries about its testing and quarantine policies, her office provided more than two dozen internal documents. None described when or how testing should occur.

Just one document covered testing of youth — a December letter sent to parents that focused on protocols for returning home. “OCFS does not test youth before they transition to the community. There are important reasons for this,” the letter states. The agency explained that it declines to test so as not to “create any false sense of security for youth or families.”

Rich at Brown University described that argument as “ridiculous,” and “typical” of some corrections systems nationwide that could have identified infections, “but by not testing you have your head in the sand and don’t know what’s going on.”

The 11 detention facilities run by the Office of Children and Family Services are located outside New York City from the Rochester area to the Hudson River, with one minimum-security facility on Long Island. One site in rural Delaware County was closed to new intakes last year, and at least two more are slated for closure due to the long-term decline of the incarcerated youth population statewide.

Nine of the remaining state lockups are higher-security, reserved for young people convicted of more serious offenses, including robbery and homicide. The barbed wire-encased compounds for youth are the most restrictive in the state, though they provide enrichment services and a focus on rehabilitation not typically seen in adult prisons.

Each facility houses as few as five residents or as many as 60, most in their mid- to late-teenage years. Most youth sentenced to the state-run detention centers come from Long Island, or upstate cities like Buffalo and Rochester.

In interviews, three parents of young people who had been incarcerated in two of the state’s detention facilities over the past year told The Imprint they never received information about their children being quarantined or tested, or about any suspected or confirmed COVID-19 cases in their facilities. Each requested anonymity out of fear of retribution from the justice system.

To obtain information, a reporter had to file Freedom of Information requests to Children and Family Services. The first request, submitted before the state posted limited COVID-19 data on its website in late April, took four months to be fulfilled; the second request took three months. This lack of transparency on COVID-19 data in youth detention centers earned New York an “F” grade in a study released in March by legal scholars at University of Texas at Austin. Dozens of other states, including large ones like California and Texas, have posted these COVID-19 infections on public websites since last summer, and some have conducted universal on-site testing.

Although New York did not specify the number of individual children placed in quarantine, the more than 450 quarantine instances suggest as many as 8 in 10 youth housed in 11 detention facilities could have had COVID-19, or were exposed to it.

The data ultimately released to The Imprint provided some information that is not included in the state’s recently published public portal. For example, at the medium-security Industry Residential Center near Rochester, state officials reported placing children in quarantine 143 times due to suspected COVID-19 symptoms or known exposure to the virus. Yet, only three tests were given to youth from March of 2020 through this January. OCFS also reported 26 "confirmed" staff cases in Industry, yet 99 staff took leave for "suspected" cases, but were not tested by their employer, the state agency.

Similarly, at Brookwood Secure Center in Columbia County, OCFS reported youth in quarantine 56 times due to suspected symptoms or known exposure to the coronavirus. At that facility as well, only three tests were conducted over 11 months.

Meanwhile, a county government news release in late March attributed a rise in the infection rate in the upstate rural region, in part, to infections coming from Brookwood. The announcement was removed from Columbia County’s website shortly after a reporter inquired about it.

“OCFS has done a deeply irresponsible job during the pandemic, that’s clear in the data,” said Katie Schaffer, director of organizing and advocacy at the nonprofit Center for Community Alternatives. “That’s been clear anecdotally from families with young people who are incarcerated. Families weren't getting the kind of updates they needed to not feel incredibly anxious.”

A spokesperson for the Public Employee Federation, which represents more than 50,000 state employees, including frontline detention staff, expressed similar criticisms.

“An agency responsible for the well-being of some of New York's most vulnerable citizens has not done enough to protect them or the staff who work there,” said the union’s communications director, Rob Merrill. “This fresh data clearly shows a higher level of virus exposure, which, had it been provided to the union sooner, would have greatly enabled us to properly assess risk and implement better control measures.”

Freelance reporter Steven Yoder contributed to this report. Michael Fitzgerald is a senior reporter for The Imprint, based in New York City.  He can be reached at mfitzgerald@imprintnews.org.

One person killed after gunfire exchange with police at Auburn home

One person was found dead inside an Auburn home where police officers encountered gunshots and returned fire during an incident Tuesday morning.

An Auburn man will serve up to four years in state prison for a pair of domestic violence-related convictions.

A day after a trial started for an Auburn man facing charges connected with a 2019 shooting death in the city, the defendant pleaded guilty.

Over the course of 18 days, law enforcement across New York state issued over 96,000 tickets during an impaired driving enforcement campaign.

Auburn teen pleads guilty to murder days ahead of trial 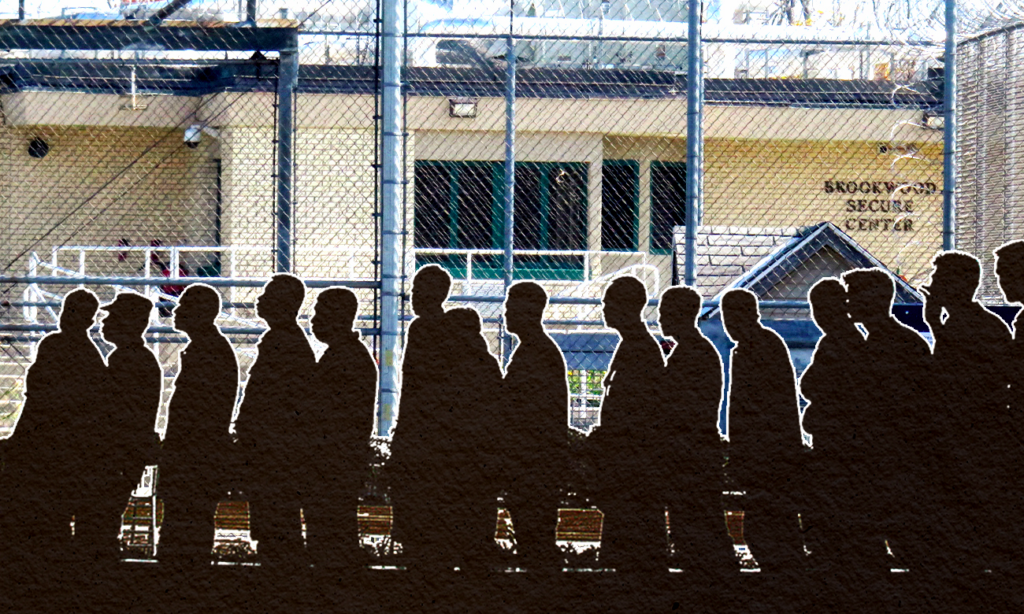 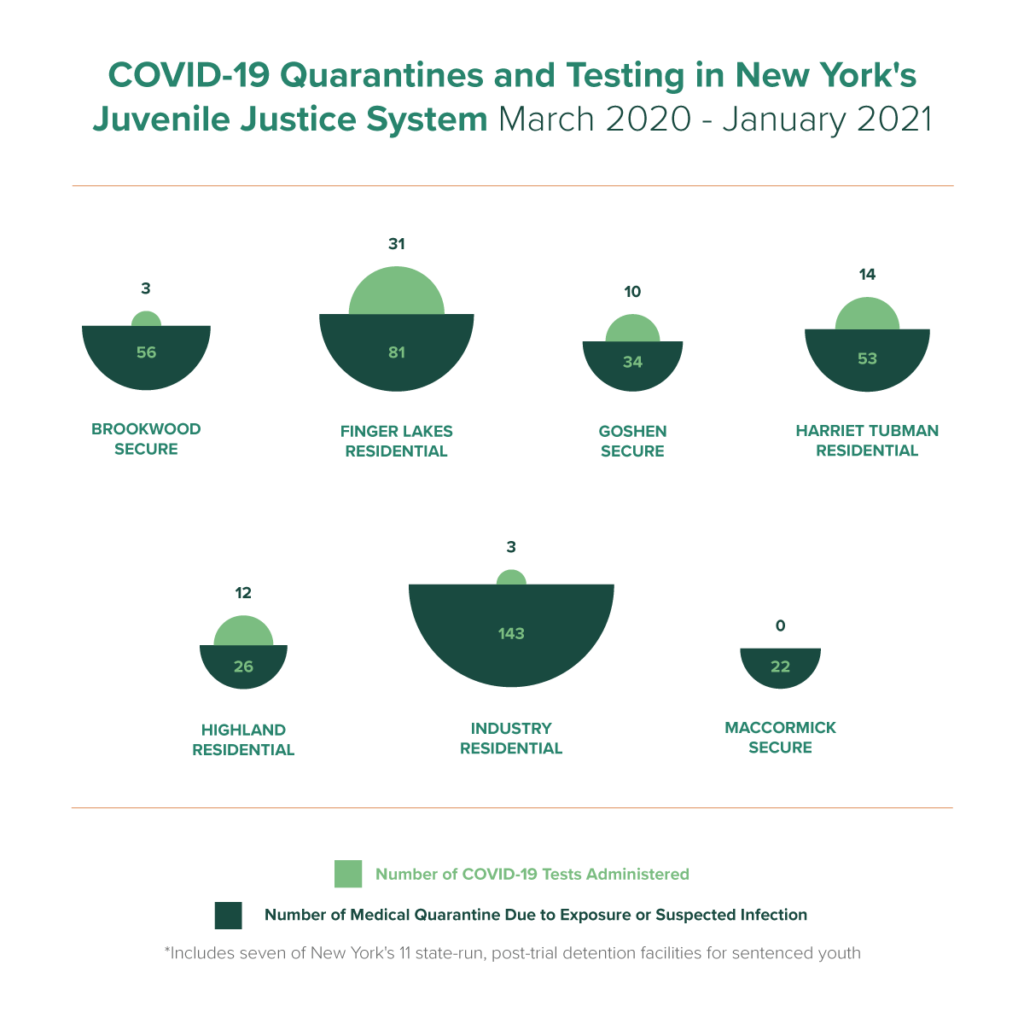 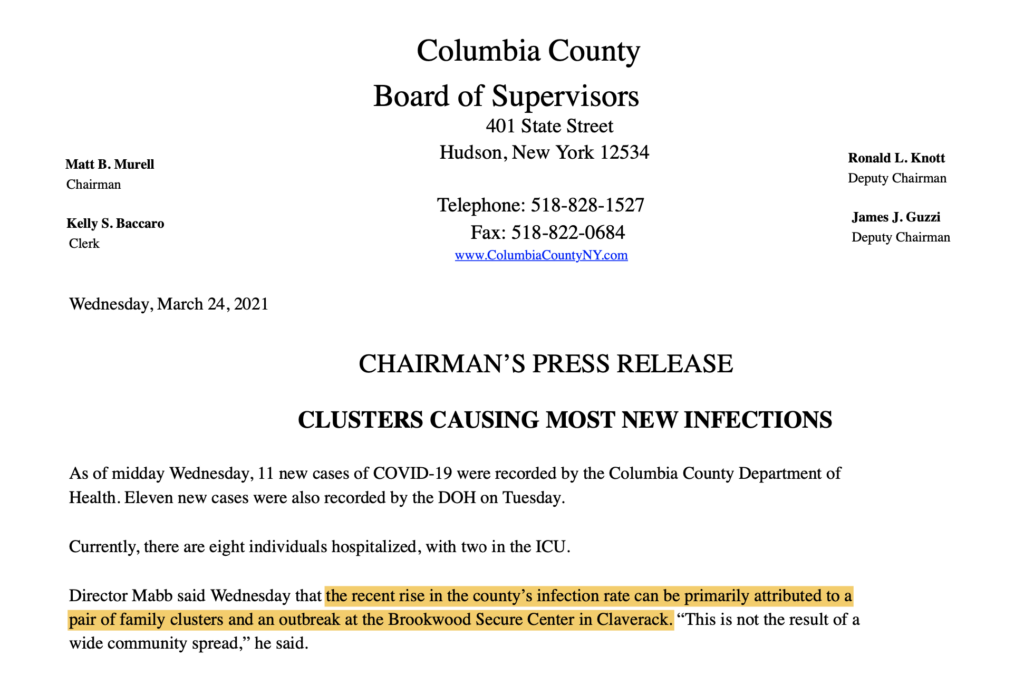