Kids to 911 during siege: 'Please send the police'

AUBURN — Her voice emotional at times, Sarah Reed directly faced one of the men who killed her brother.

Gage Ashley, one of four people charged in the 2019 shooting death of Joshua Poole, 36, in Auburn, was in Cayuga County Court Thursday for sentencing by Judge Thomas Leone. Reed, Poole's sister, addressed Ashley before Leone announced his decision.

Looking in Ashley's direction, Reed said she was there to let him know about the "pain and anguish" he caused her and her family.

"I'm sure you have no remorse, which is awful," Reed said.

"I'm going to work very, very, very hard on forgiving you," she said.

Leone expressed his condolences as Reed left the microphone.

Ashley declined to speak when the judge asked if he wanted to say anything. He sentenced Ashley to 21 years to life in state prison for first-degree murder and second-degree murder, along with 15 years to life and 5 years of post-release supervision for first-degree attempted robbery and second-degree criminal possession of a weapon and 1 1/3 to 4 years for fourth-degree conspiracy and tampering with physical evidence.

Those sentences, which are set to run concurrently, are part of an agreement made when Ashley pleaded guilty in September, a day into his murder trial.

Before Leone announced the sentencing, Deputy Chief Assistant District Attorney Brittany Grome Antonacci said she was glad Ashley "finally decided to admit responsibility" for his actions. Grome Antonacci said the DA's office and law enforcement spent "countless hours" on the case before Ashley decided to plead guilty on the second day of jury selection in his trial.

Todd Sloan, Ashley's attorney, said that he felt the DA's office had portrayed Ashley as "cold-blooded" because he is quiet.

Another defendant in Poole's death, Luciano Spagnola, was originally slated to be tried along with Ashley, but he pleaded guilty just days before the trial began. In November, Spagnola was sentenced to 17 years to life in prison for two counts of second-degree murder, plus other sentences for additional counts.

Auburn Police Department identified Ashley and Spagnola as the shooters at 8 Delevan St. in November 2019, but Spagnola couldn't be charged with first-degree murder because he was 17 at the time.

Another defendant, Tyree Anglin, pleaded guilty to first-degree manslaughter in June and is expected to receive a sentence of 10 years in prison and five years of post-release supervision. He is scheduled to be sentenced Dec. 23.

Christian Rivera, the fourth defendant, was indicted in 2020 on charges including second-degree murder, first-degree attempted robbery, fourth-degree conspiracy and fourth-degree criminal possession of a weapon. Rivera hadn't been at the actual shooting, authorities said, but planned the robbery that resulted in Poole's death, alleging he provided money for the masks and gloves to be used for the robbery and provided the 20-gauge shotgun and 9-millimeter handgun used at the scene. Rivera's trial is still pending.

After court, Sloan noted that Ashley didn't have an adult criminal record before to the events connected to Poole's death.

Looking straight at a person who had shot and killed her brother, Sarah Reed told Lucciano Spagnola about how his actions have affected her family.

Man who planned Auburn robbery that led to murder sentenced

AUBURN — For the third time in the past four months, Sarah Reed spoke in a courtroom to describe the impact her brother's murder has had on he… 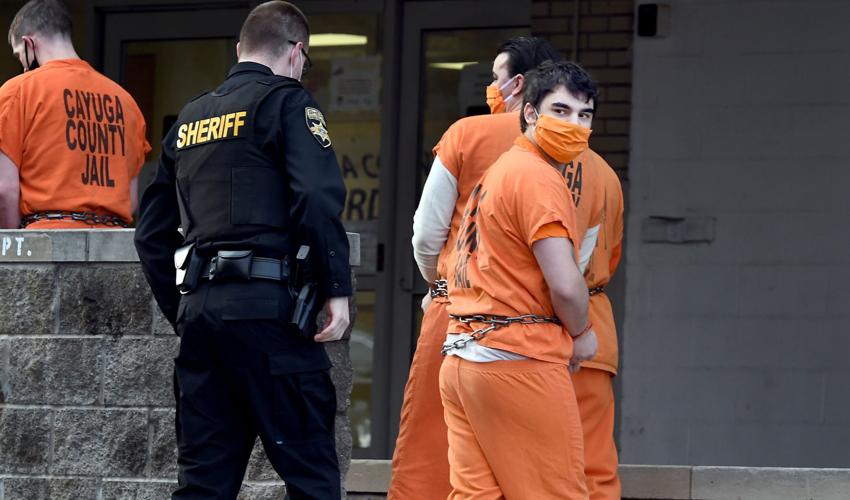 Gage Ashley looks back at his mother, Judy McCoole, as she calls to him from across the street while he is led into Cayuga County Court Thursday for sentencing for the murder of Joshua Poole in Auburn in November 2019. 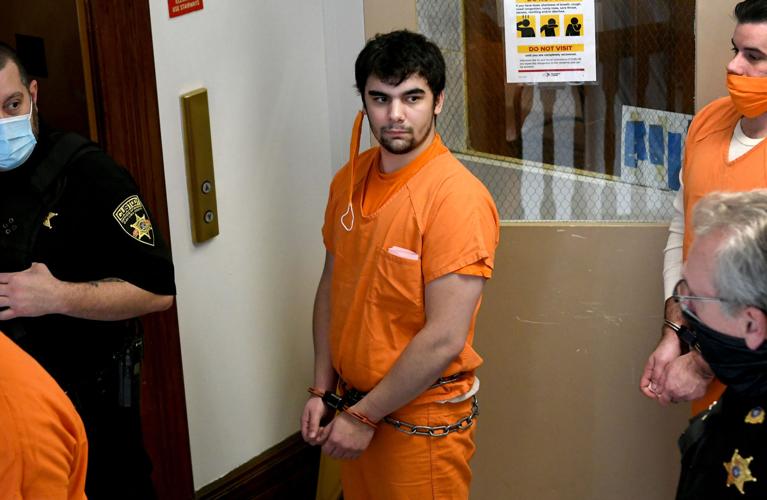 Gage Ashley, center, is led out of court after being sentenced to 21 years to life for the murder of Joshua Poole in Auburn in November 2019.