An Aurelius man is facing a felony assault charge after fighting with law enforcement officers and stabbing a sheriff's deputy in Aurelius Friday afternoon, the Cayuga County Sheriff's Office said.

Sheriff Brian Schenck said the incident started around 5 p.m. when two of his deputies and New York State Police trooper attempted to execute a court order to seize firearms belonging to Luke Gaffney at 6616 Route 90 in the town of Aurelius.

The officers found Gaffney at the property and advised him of the court order, but he refused to comply, began fighting with the officers, stabbed a deputy multiple times and then retreated to his house, Schenck said in a press release issued around 1 a.m. Saturday.

Additional law enforcement units responded to the scene and established a perimeter around the house. Several roads in the area were closed, and nearby residents were advised to shelter in place. Schenck said Gaffney threatened "the use of his weapons against law enforcement."

After several hours of crisis negotiation, Schenck said, Gaffney left the house to be taken into custody without further incident.

"Thank you to the countless Law Enforcement, Fire, EMS, District Attorney, Critical Incident and Dispatch agencies that assisted with this incident," Schenck said in the release.

Schenck said Gaffney has been charged with aggravated assault of a police officer, a class B felony. He was arraigned Saturday morning and remanded to Cayuga County Jail without bail.

Friday's incident happened after Gaffney, 39, was charged with multiple crimes on Thursday by state police. According to the state police blotter, Gaffney was charged with third-degree assault, criminal obstruction of breathing and fourth-degree criminal mischief for an incident that was reported on Oct. 19.

The court order to seize Gaffney's firearms stemmed from that case, Schenck said, as part of an order of protection. Gaffney was arraigned and released following the state police arrest. State police told The Citizen that the victim in the Oct. 19 incident was a person involved with Gaffney's ex-wife.

"I would like to thank the countless agencies and individuals that assisted with this incident providing law enforcement services, emergency medical services, traffic control, and other assistance as well as numerous others that offered additional help if needed," Schenck said.

"Thank you as well to each and every member of our Sheriff’s Office, our law enforcement partners, fire and EMS providers, and especially Deputy Bacon, for putting your personal safety on the line for others every day to help us maintain a safe community.

"Lastly, let me personally thank each and every one of your family members that support the work that you do and are forced to continually worry about your well-being as you put your safety on the line each day. I know firsthand how difficult this can be.”

Underground lakes on Mars might not be filled with water 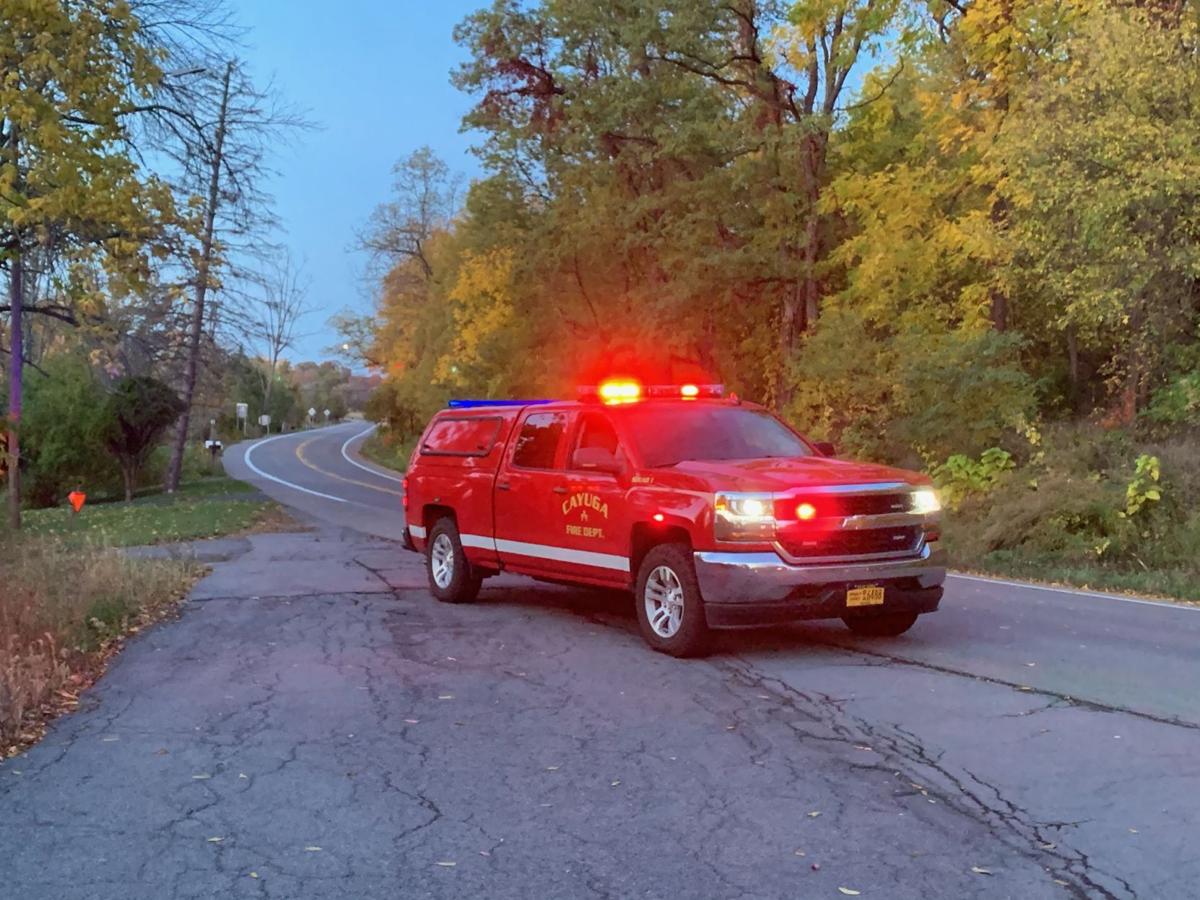 A village of Cayuga rescue vehicle is staged on Route 90 as the road was shut down for a law enforcement operation north of the village Friday.