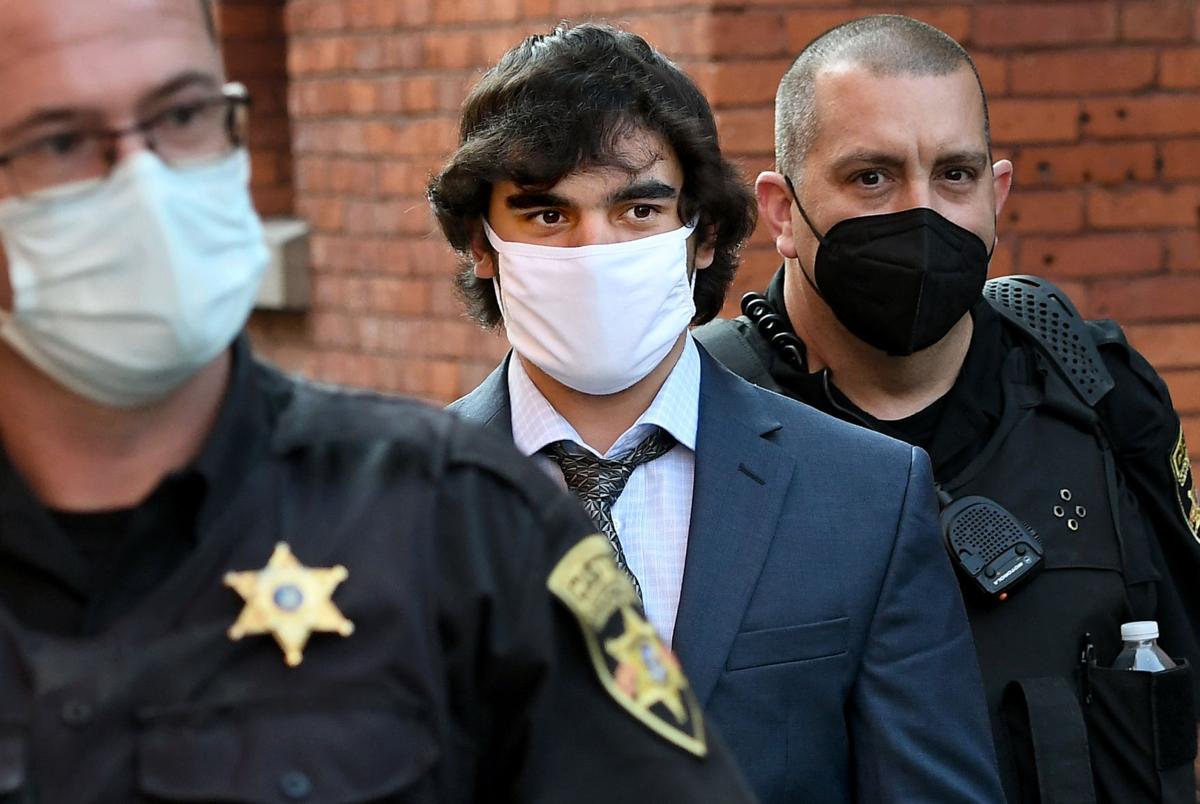 Gage Ashley is escorted from the Cayuga County Courthouse Monday after the first day of jury selection in his murder trial for the 2019 shooting death of Joshua Poole. 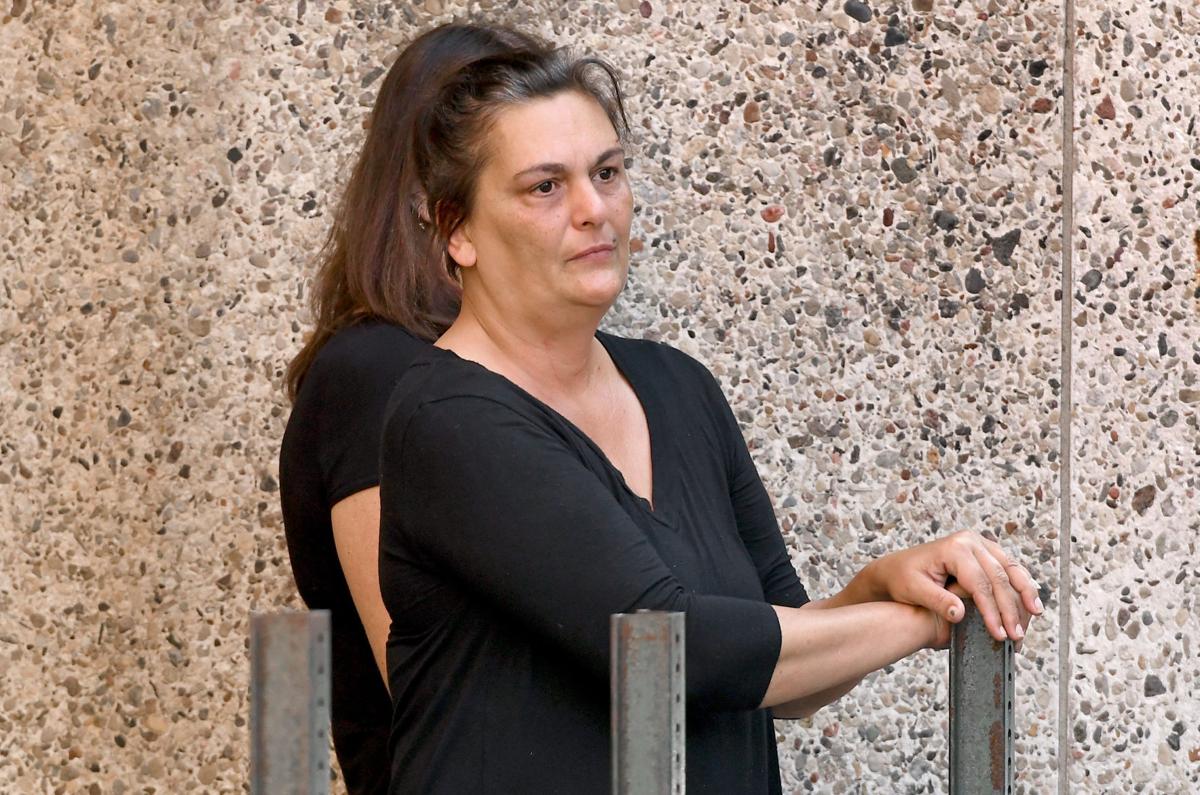 Judy McCoole watches as her son, Gage Ashley, is escorted from the Cayuga County Courthouse after the first day of jury selection.

AUBURN — Jury selection started Monday in the trial of an Auburn man facing murder charges in the 2019 shooting death of Joshua Poole.

The trial of Gage Ashley, 24, began 22 months after Poole, 36, was shot to death at 8 Delevan St. in what law enforcement has described as an attempted robbery that turned deadly on Nov. 15, 2019.

Ashley was expected to be joined by a co-defendant in this trial, but on Friday afternoon Lucciano Spagnola, 19, pleaded guilty to all of the charges he was facing. He pleaded guilty after Judge Thomas Leone offered to sentence him to 17 years to life in prison as opposed to the maximum 25 years to life he faces on a second-degree murder conviction. Spagnola told the court that he did intentionally kill Poole during that attempted robbery and that both he and Ashley shot Poole. Spagnola's sentencing was set for Nov. 18.

Monday was entirely devoted to the process of selecting jurors who will determine Ashley's guilt or innocence. Due to limitations on how many people can be seated in the courtroom, that process was taking extra time as different groups of potential jurors were brought in for instructions, surveys and questioning from the prosecution and defense attorney.

When the day ended, five jurors out of 12 were selected. Leone said he also would like to select three to four alternate jurors who could step in should any of the 12 jurors not able to finish the trial. As a result of needing select to 10 to 11 more jurors, he said the next phase of the trial, which is opening arguments from both sides, wouldn't start until Wednesday afternoon at the earliest.

Leone also told the prospective jurors that the trial could last from two to four weeks.

In addition to Spagnola and Ashley, two other people were charged with murdering Poole. Tyree Anglin pleaded guilty in June to first-degree manslaughter, with an expected sentence of 10 years in state prison and five years of post-release supervision.

The other defendant, Christian Rivera, was indicted in 2020 on charges that included second-degree murder, first-degree attempted robbery, fourth-degree conspiracy and fourth-degree criminal possession of a weapon. Authorities said Rivera was not at the shooting but planned the robbery that resulted in Poole's death, alleging he provided money for the masks and gloves to be used during the robbery and provided the 20-gauge shotgun and 9-millimeter handgun used in the robbery. A jury trial date for Rivera has not been set.

Auburn teen pleads guilty to murder days ahead of trial

Gage Ashley is escorted from the Cayuga County Courthouse Monday after the first day of jury selection in his murder trial for the 2019 shooting death of Joshua Poole.

Judy McCoole watches as her son, Gage Ashley, is escorted from the Cayuga County Courthouse after the first day of jury selection.