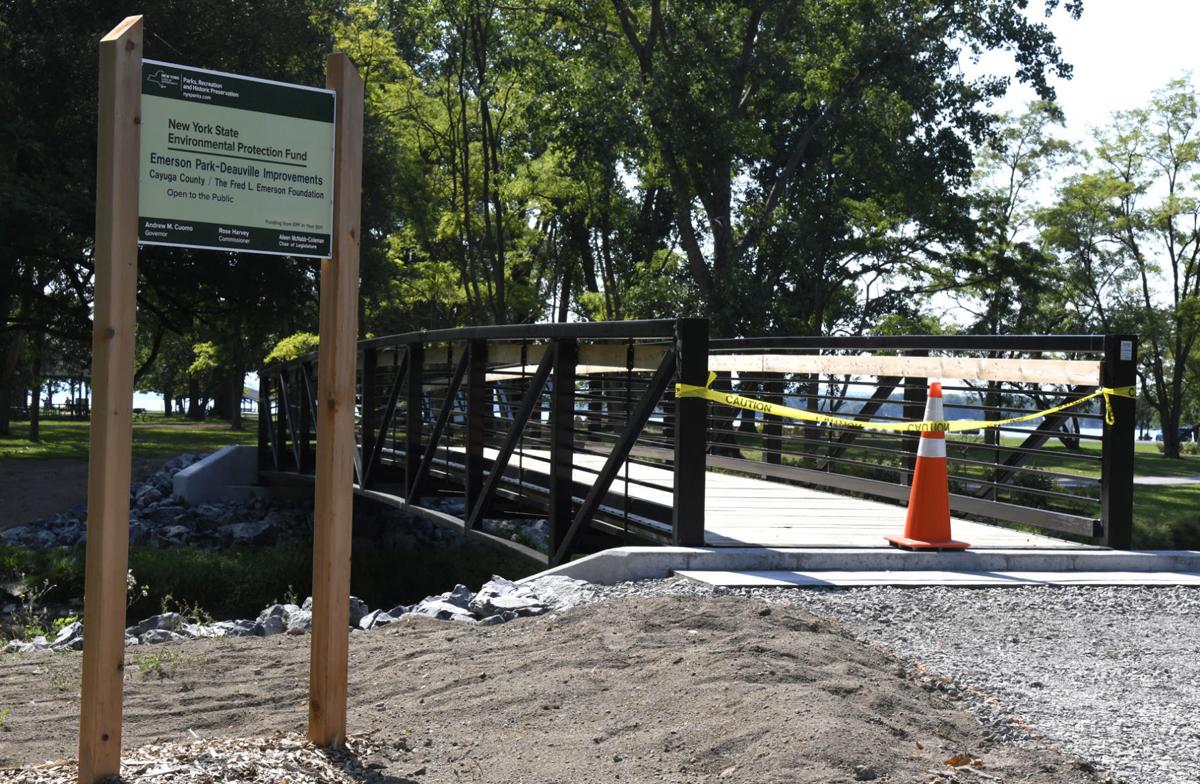 A pedestrian pathway project on Emerson Park's Deauville Island includes a new foot bridge on the island's west side. 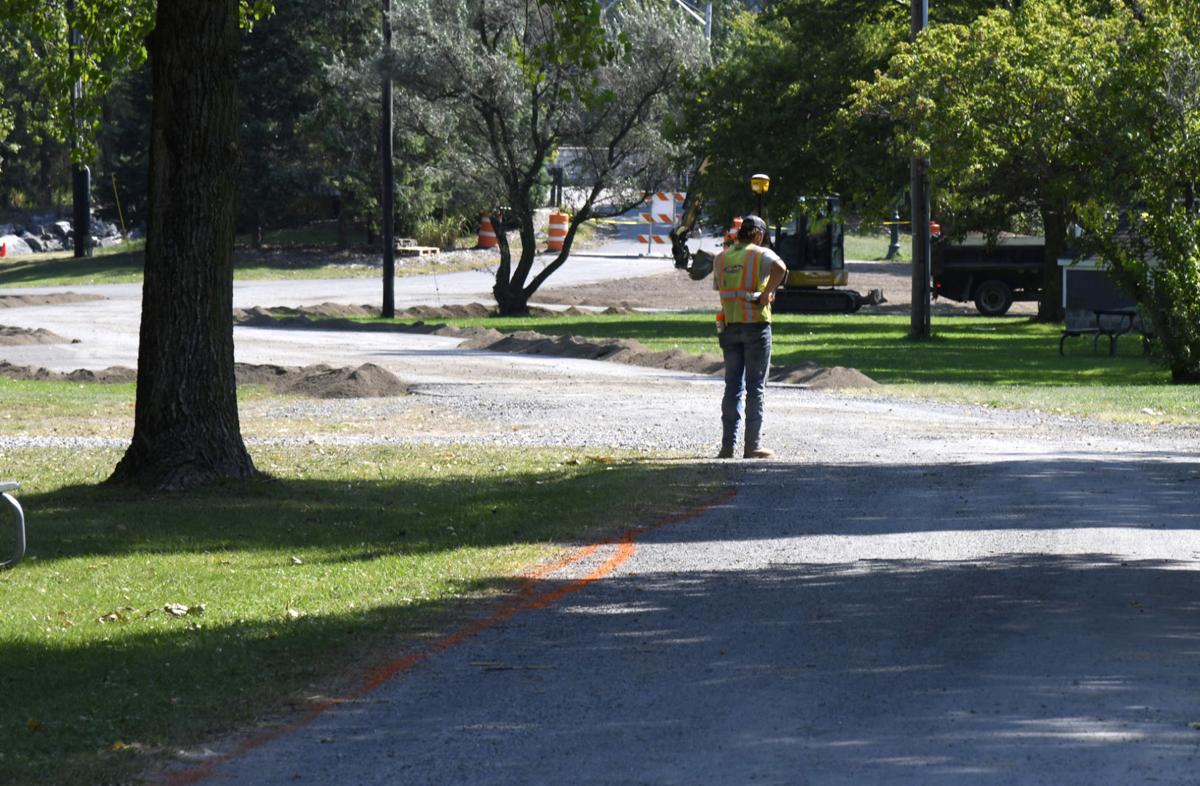 A pedestrian improvement project first envisioned in a 2015 master plan for Emerson Park should finally conclude by the end of this month.

Work to complete the Deauville Island Pedestrian Pathway began last week, according to the monthly report submitted to the Cayuga County Legislature Public Works Committee for its meeting Tuesday night.

In that report, county Parks and Trails Maintenance Supervisor Doug Dello Stritto outlined the finishing schedule for the work that is creating 4,000 feet of paved paths on the island, along with a new pedestrian bridge. The project has been funded through a combination of in-kind services performed by county staff, county spending of $181,500 and 50-percent matching state grant of $482,188 awarded as part of the Central New York Economic Development Council program.

Originally conceived in the Emerson Park master plan completed five years ago, the pedestrian paths were supposed to be finished in 2018, but ran into delays while the state reviewed if an archaeological study needed to be performed. Some work, including the bulk of the new bridge installation, did get underway last fall but early winter weather pushed completion plans to the spring.

The COVID-19 pandemic, however, pushed work back again.

According to Dello Stritto's report, landscaping work and native plantings in the area of the bridge were done at the site last week. This week, crews are installing granite paver bands and doing concrete work. Next week should bring final paving, and the site will be cleaned up for public use the week of Sept. 21-25.

The new bridge, located on the island's west side, connects the park's extended pathway system and to the Auburn High School and Auburn Owasco Riverfront Trail systems.

A new playground on the island was originally connected with the pedestrian path project, but has since been separated out. Design work on the playground, along with a small amphitheater, has started.

OWASCO — Part of the Cayuga County Parks Commission Plan to improve Emerson Park's Deauville Island has been delayed, but the effort to build …

On a warm, cloudy Friday afternoon at the end of August, Doug Perryman was being followed by a cormorant or merganser while kayaking in a loca…

A pedestrian pathway project on Emerson Park's Deauville Island includes a new foot bridge on the island's west side.