Trump speaks live on coronavirus, and other updates from the growing global health crisis

Reports: 7 killed in shooting at Molson Coors in Milwaukee 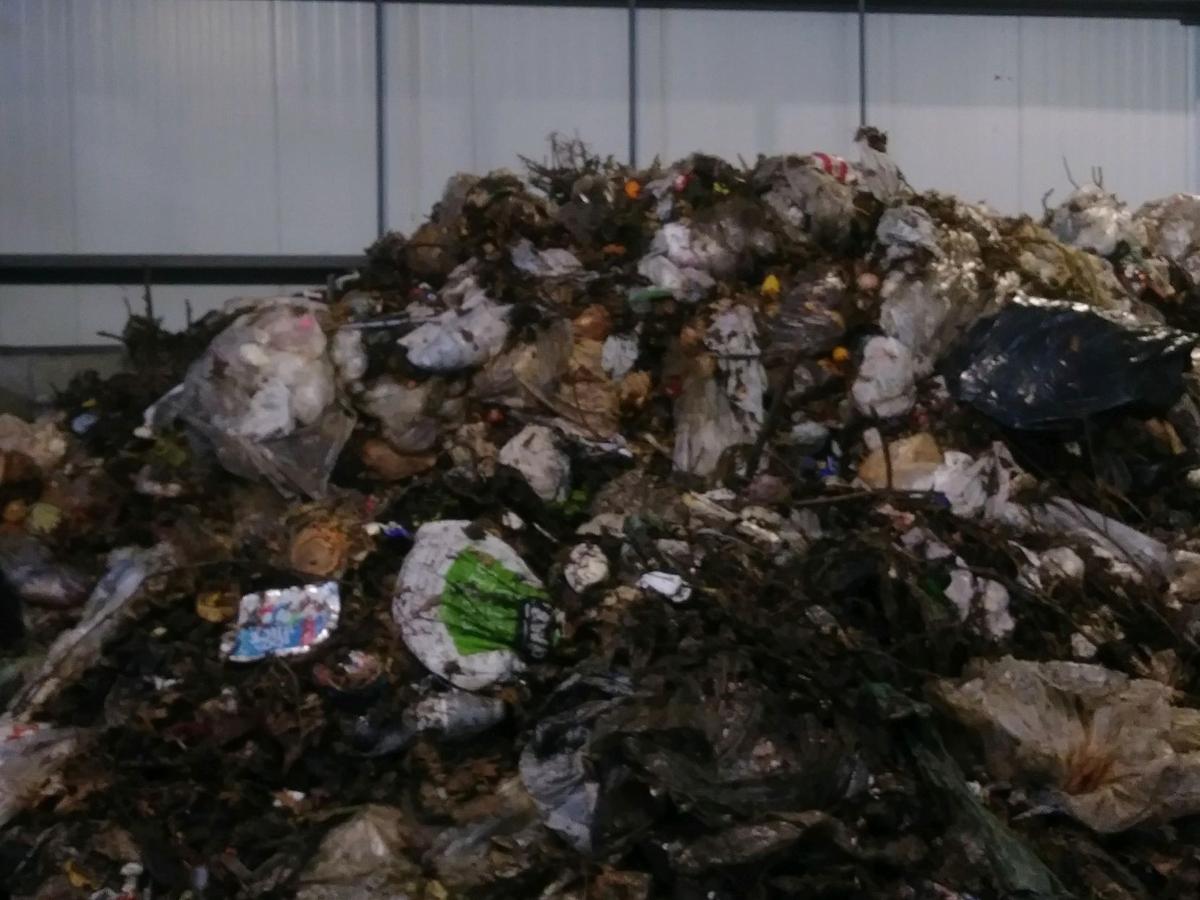 An employee took this photo of a trash pile at the Cayuga Regional Digester site in Sennett. 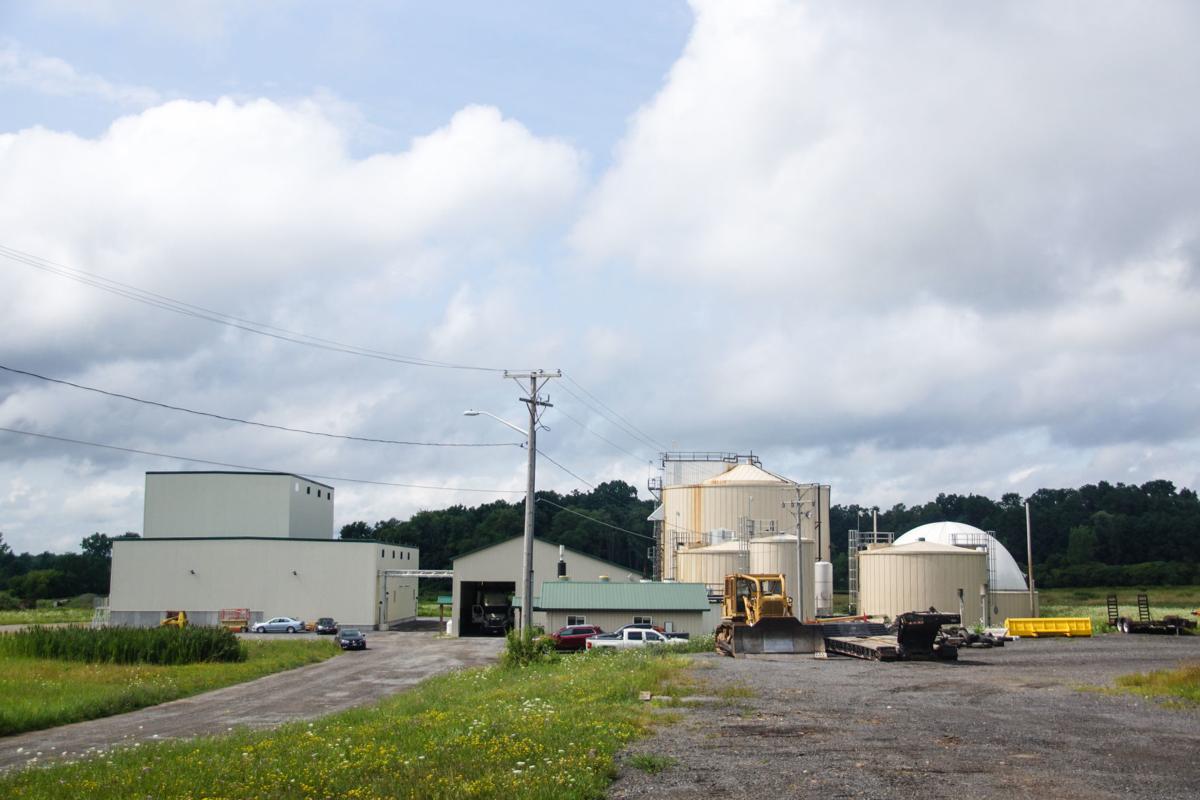 The Cayuga Regional Digester, operated by CH4 Generate Cayuga LLC, is located at 7389 County House Road in the town of Sennett.

The Cayuga Regional Digester was cited by the state Department of Environmental Conservation on Wednesday and ordered to stop numerous practices discovered in a surprise investigation more than two weeks ago.

The DEC said in a statement that a "thorough investigation including unannounced site inspections of the digester facility and nearby storage lagoon ... revealed that CH4 Generate Cayuga was accepting wastes (fats, oils and greases) they were not authorized to accept and sampling that was inconsistent with their operating plan."

DEC said the notice of violation issued "prohibits the facility from continuing to receive certain waste streams until all necessary reviews and approvals are obtained."

The citation also indicates that CH4 violated its permit by not doing monthly effluent sampling and analysis for a time period in the last calendar year. One of the digester's waste streams the department put on hold was source-separated organics that had been coming to the Sennett facility from New York City.

The DEC's unannounced inspection of the digester site in Sennett, as well as the manure lagoon it utilizes on Maiden Lane Road in Mentz, was prompted by a complaint filed by Mentz resident Jessica Marks, who'd heard from a digester employee that the facility was accepting household trash from New York City.

Former digester employee Amanda Quill left her job of more than two years in February when the facility began accepting what she described as 30-ton loads of household trash and expected employees to sort through it by hand to separate out organic material for the digester. She said the trash began coming to the facility around January. The plant manager at the time, John Roser, didn't think the workers should be picking through the trash, she said. But when he quit in January, even more trash started coming to the digester.

"I didn't want to pick through trash," Quill said of why she quit, "it was impossible to pick out the stuff."

After Marks heard of Quill's experience she filed the complaint with DEC as she believed the digester was accepting municipal waste, which would violate its permit that allows for putting organic wastes into the digester such as dairy, food and agricultural waste.

After submitting information to the department, Marks was told DEC conducted an unannounced inspection at the digester facility March 11.

Marks said one of her main concerns, and reasons for filing the complaint, is that the effluent the digester creates and sends to the manure lagoon may no longer be organic. She questioned the type of product being developed if there is contamination from trash and worries about how it could affect crop land it's spread on, the watershed and residents' wells.

Quill described the waste as general household trash, as it contained items such as diapers, used feminine hygiene products and needles. There wasn't obvious food or organic waste to pick out to put in the digester. Even if the trash were sorted, she didn't think it could ever be sorted enough to be considered safe. Sometimes, she added, trash was dumped into the digester without being sorted.

Quill said that waste would come out in the after product made by the digester, noting that she had seen chunks of plastic enter the storage lagoon where they haul the effluent. Feeling as though she'd be doing the wrong thing if she continued to work for the digester, she quit.

"Hardly any manure goes through there any more," Quill said of the material put into the digester.

The digester is operated by CH4 Generate Cayuga, a large California-based investment firm that focuses on renewable energy projects. CH4 then operates the digester facility through a long-term, lease-to-own agreement with Cayuga County Soil and Water Conservation District.

Former digester plant manager Roser told The Citizen in August that the digester is supposed to take in a combination of manure and both liquid and solid organics materials, such as food processing waste, and processes it in a way that produces gas, which is then pumped through a generator to produce electricity. The power created supplies the digester and soil and water district facilities, the Cayuga County jail and more.

To dispose of the end product, known as effluent, the manure and waste reduces to, the digester facility transports it to a newly built 10-million-gallon manure lagoon in Mentz. The lagoon was built by CH4 on land leased from Hourigan Farms, an Elbridge-based farm. The lagoon was built last summer under Hourigan's existing general CAFO permit, and the farm plans to use the effluent in the lagoon to fertilize the 400 acres of crop land the lagoon is situated on.

Before trash was coming in, manure and "clean stuff" — such as milk waste from Byrne Dairy — was going into the digester, Quill said.

Reached last week, Roser confirmed that he resigned from his job with CH4 but offered no other comment to The Citizen. He'd been with CH4 for more than two years.

In an article posted at an environmental blog, Waterfront, Roser reportedly said he was "'strong-armed' to process truckloads of illicit types of waste," adding that the digester began accepting truckloads of household waste, which is not allowed under its DEC permit. Roser also said that he doubted manure made up half of the waste shipped to the lagoon, which he said is required by Hourigan’s existing CAFO permit.

In a Wednesday email, current digester Plant Manager John Stapleton said he had no comment about Roser's resignation.

Stapleton said the facility does not accept household trash, but did say source-separated organics "are brought in from various locations throughout the state of New York." He said some is received from "pre-consumer sources" such as food and beverage companies which includes bottled sodas, packaged ice creams, fruits, vegetables and more. He said post-consumer SSO is also collected from residents and businesses after they separate it from their waste.

The DEC said in a statement that it "will continue to monitor operation of the facility and lagoon to ensure compliance with all permits and DEC regulations."

DEC Notice of Violation for CH4

The state Department of Environmental Conservation issued a notice of violation to CH4 Generate Cayuga March 27.

The operator of the Cayuga Regional Digester has paid a $19,500 penalty for violations of its operating permit identified by state environment…

An employee took this photo of a trash pile at the Cayuga Regional Digester site in Sennett.

The Cayuga Regional Digester, operated by CH4 Generate Cayuga LLC, is located at 7389 County House Road in the town of Sennett.