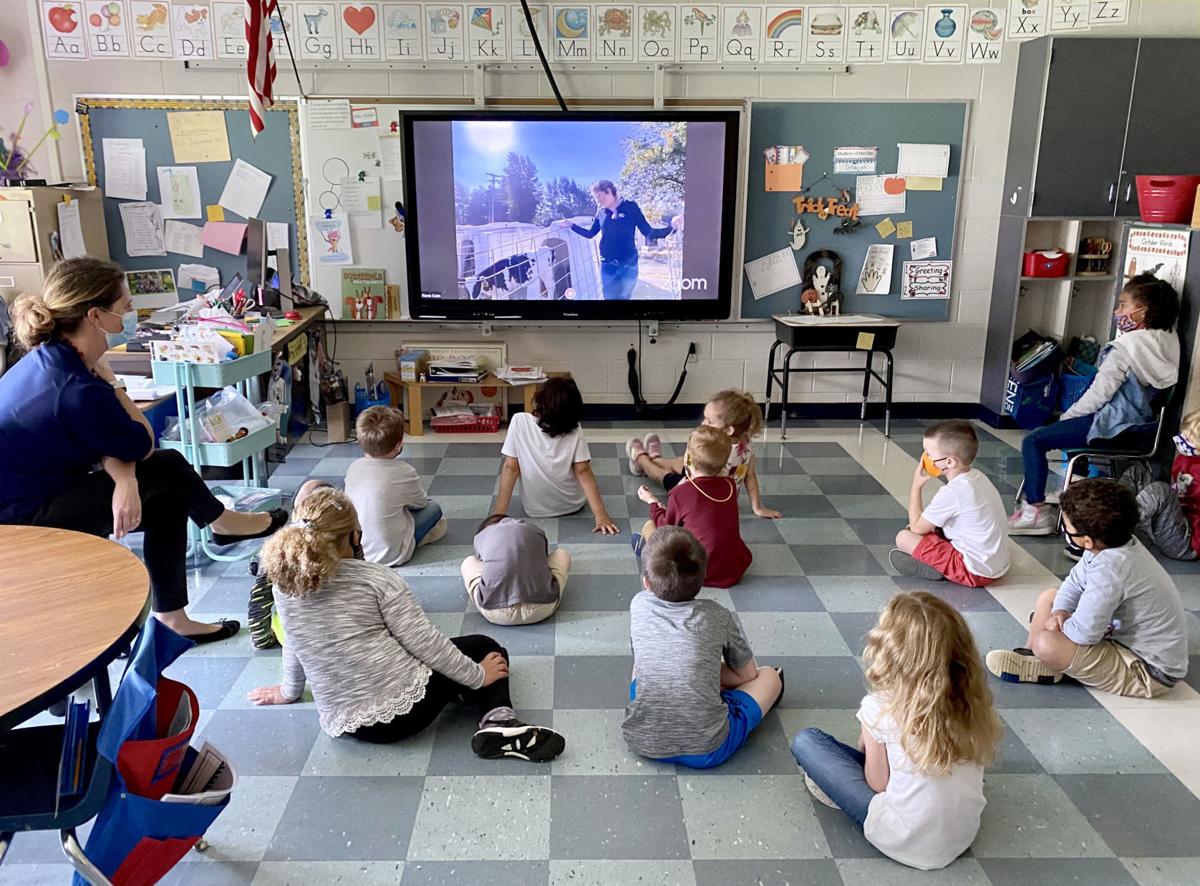 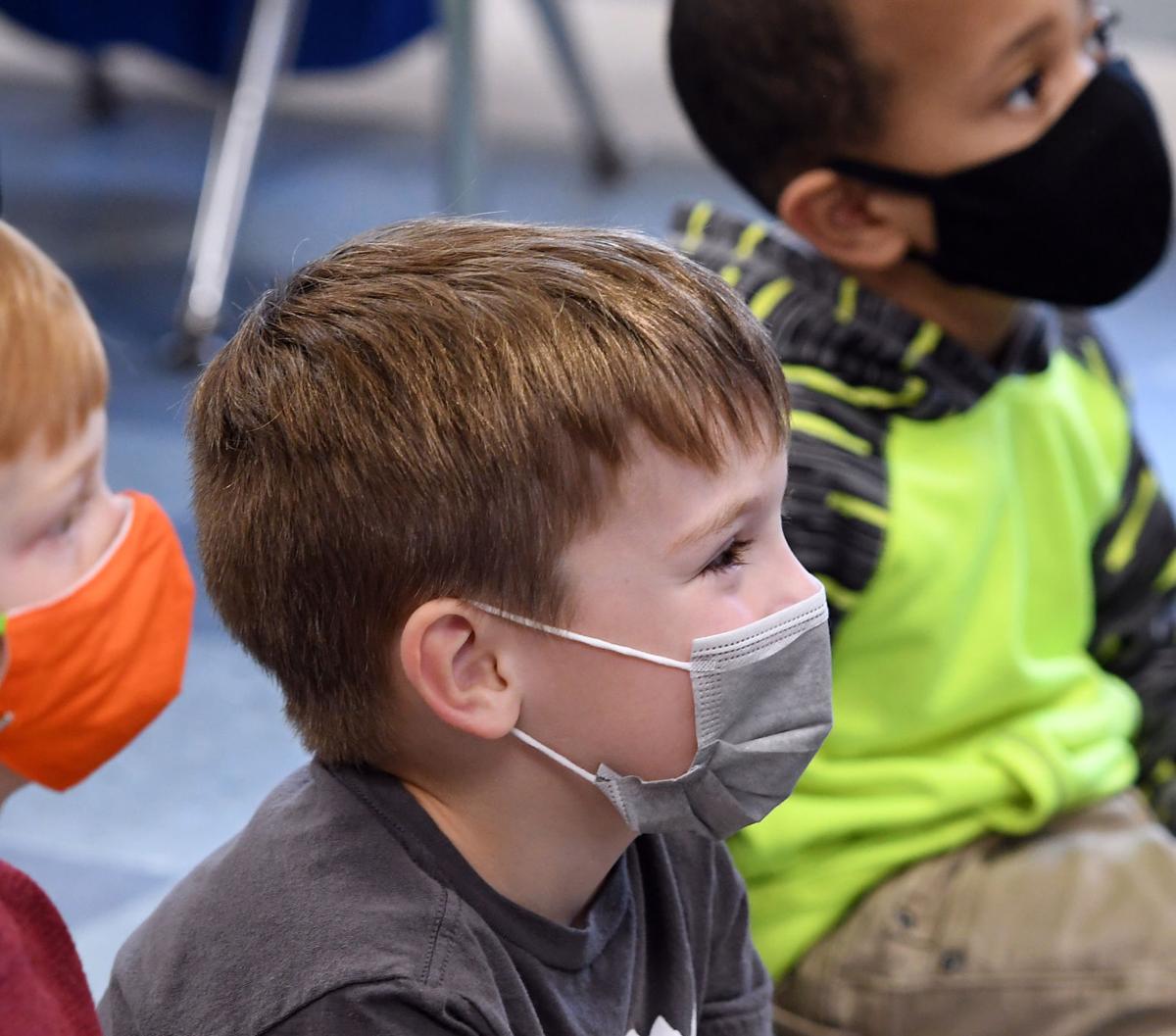 Kindergarten students within the Auburn Enlarged City School District were able to check out the ins and outs of a dairy farm, all without leaving their classroom.

Children in Meg Gremli's class at Herman Avenue Elementary School watched a virtual farm tour Wednesday. The video was shown on YouTube through Zoom, live at Mulligan Farm in Avon, to classrooms all over the country and in Canada. The tour event was hosted by American Dairy Association North East.

Greg Szklany, multimedia communications specialist with the association, said these events help children learn about where their food comes from.

"It's a great opportunity to have farmers and students be connected with each other," he said. "More and more consumers now are further removed from agriculture and so being able to educate students and just the general population about where their food comes from, how it is produced, how it is produced responsibly, sustainably, are great opportunities to showcase today's program."

During the virtual tour, Kelsey O'Shea, industry relation specialist with the association, asked those watching how many of them had been on a farm. Gremli and many of the students raised their hands. O'Shea also mentioned that people watching the tour on Facebook Live could type in questions.

O'Shea introduced farmer Emilie Mulligan, who said she is a fourth-generation farmer and she and her cousin manage Mulligan Farm. Mulligan noted the farm has over 20 employees plus specialists. She first walked over to the farm's calf stock.

"These white houses in front of us are called hutches, and these are where our newest additions to the farm live," she said. "So they spend their days sleeping, eating and hanging out."

Motioning to some nearby calves, Mulligan said they were fed their breakfast that 6:30 a.m., they would get lunch around noon and they would receive dinner around 6 p.m. She said the calves get grain, water and milk that is produced on the farm and is then pasteurized.

At one point when some cows were shown clearly on camera, several of the students in Gremli's classroom burst into exclamations of "Cows!" O'Shea could be hear saying they were receiving questions asking if the cows have names and what the yellow tags in their ears were. Mulligan said there are 3,000 animals on the farm, so not all of them have names. Instead of names, she said, they have yellow ear tags, with every calf having a different number on their tag, which help employees identify them.

Later, when a cow is seen laying in some straw, a student asked Gremli if that was the cow's bed, to which the teacher said yes. When one cow got close to the camera, a couple students said "Wow!" and reached out their arms, as if to grab the animal.

After the virtual tour ended and the students were about to go to lunch, Nolan Swartz, 5, talked about what his favorite part of the event was.

"Seeing the baby cows," he said.

"I think it's important for kids to just be able to experience all that life and the world has to offer. A farm isn't something that they've all been to or experienced and unfortunately, due to the pandemic, we absolutely can not take a field trip there," she said. "So the next best thing is, let's the bring the farm into the classroom. We can see and hear, we can't smell or touch anything, but it's just a way to flood them with a multitude of different experiences."

A program on The History Channel recently featured a professor from Cayuga Community College.

The Auburn Enlarged City School District Board of Education has approved an independent consultant to provide diversity, equity and inclusion …

All but one school district in the Cayuga-Onondaga BOCES system has reported COVID-19 cases over the past two weeks, according to data provide…

Following a discussion in a closed-door executive session at a special Friday afternoon meeting, the Skaneateles Central School District Board…

After previously withdrawing a state application to establish a charter school within the Auburn school district, the group behind the propose…