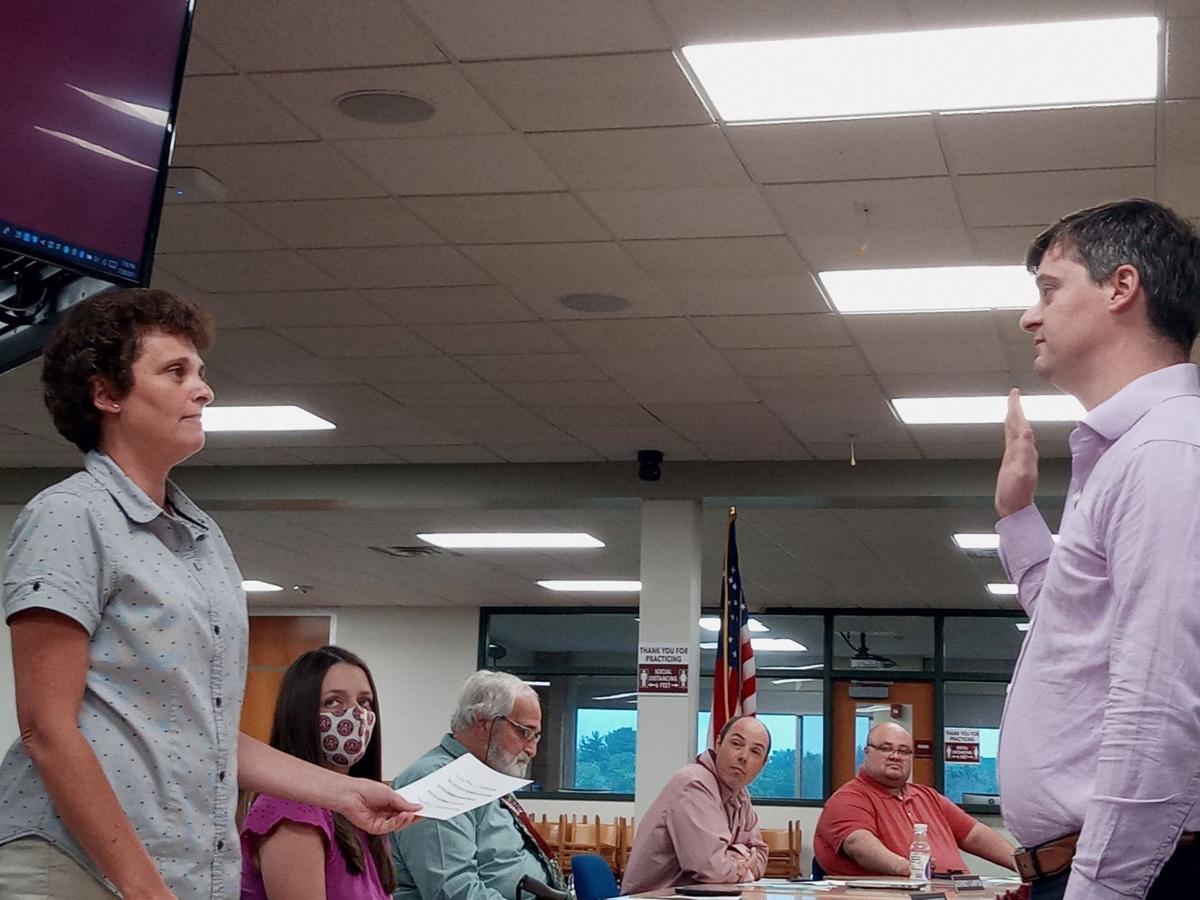 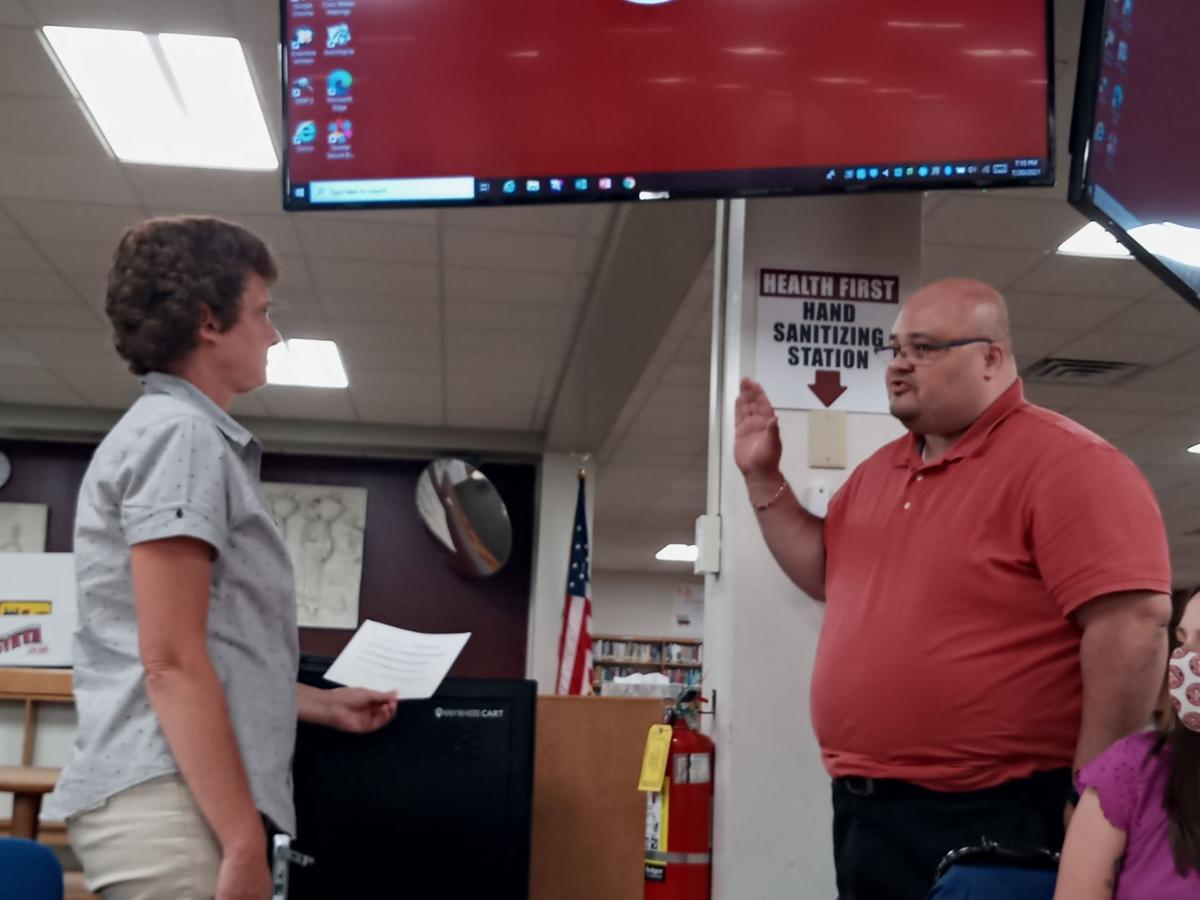 Dr. Eli Hernandez, right, was sworn in as the vice president of the Auburn Enlarged City School District Board of Education by district clerk Michelle Major at a meeting at the Auburn High School Library Tuesday night.

AUBURN — During a contentious meeting that ended with a police presence, the Auburn Enlarged City School District Board of Education's leadership for the 2021-22 school year was decided.

Ian Phillips and Dr. Eli Hernandez were voted by the board as the nine-member body's president and vice president, respectively, at a packed meeting Tuesday night.

Phillips and Joseph Sheppard, who was president for the last year, both pursued the post during the board's reorganization meeting earlier this month. Each received four votes, since board member William Andre wasn't present. The decision on the president and vice president roles was pushed back until every board member could be present.

The leadership elections were at the top of the agenda for Tuesday's meeting at the Auburn High School Library. Salvatore "Sam" Giangreco nominated Sheppard, and Danielle Wood nominated Phillips.

Phillips received votes from Wood, William Andre, Hernandez, Dr. Rhoda Overstreet-Wilson and himself. Sheppard got votes from Giangreco, Matteo Bartolotta, Jeff Gasper and himself. With a 5-4 advantage, Philips secured the presidency. As Phillips walked to district clerk Michelle Major to be sworn in, a voice from the crowd could be heard saying "Are you kidding me?" After Phillips was sworn in, a group of around four to five people clapped.

Phillips, who joined the board in 2018, is a New York State United Teachers union employee. He served as chair of the Cayuga County Democratic Committee for six years until he left the post last month.

The board meeting, which was filled with so many people that some audience members had to stand in various spots in the library, ended with public comments. Audience members, some yelling across the room, had concerns ranging from bullying to board member conduct.

Some board members and audience members confronted and shouted at each other even after the meeting had adjourned, with a school resource officer eventually yelling that the meeting was over. Around seven to eight police cars were in the high school parking lot after the meeting ended, with some officers in the building and others in the parking lot.

• An Auburn official will be switching over to a new administrator role within the district.

According to the agenda for Tuesday's meeting, Cupelli will start in the personnel post on July 21, with an end set for midnight July 20, 2026. Auburn Enlarged City School District Superintendent Jeff Pirozzolo said earlier this month that Cupelli would be recommended for the personnel role and a listing for her curriculum and instruction job was posted.

Cupelli, who was the principal of Bellevue Elementary School in the Syracuse City School District before joining Auburn, was approved for the curriculum and instruction seat by the Auburn board in January 2020.

Dr. Eli Hernandez, right, was sworn in as the vice president of the Auburn Enlarged City School District Board of Education by district clerk Michelle Major at a meeting at the Auburn High School Library Tuesday night.