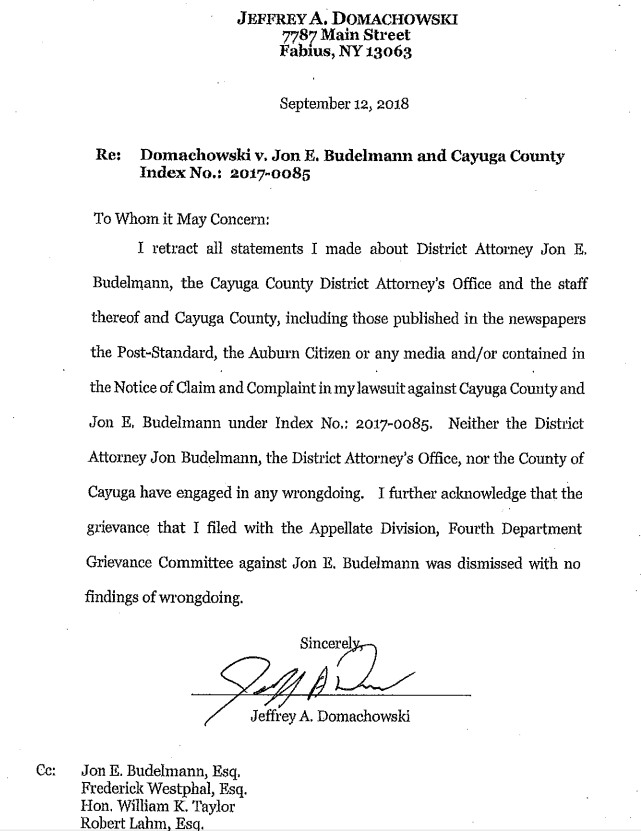 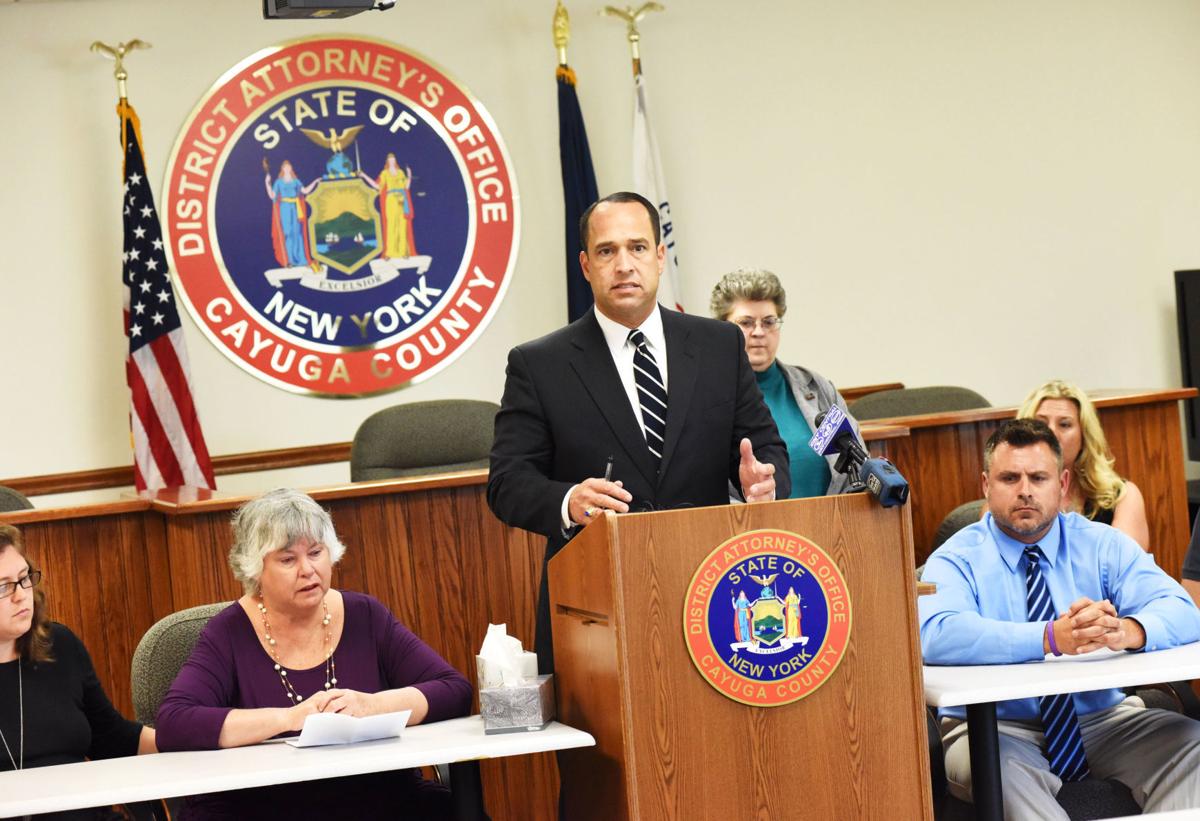 A former assistant district attorney who had a filed a wrongful termination lawsuit against Cayuga County and District Attorney Jon Budelmann has retracted all of his statements on the matter as part of a court settlement.

Jeffrey Domachowski, a former assistant district attorney and drug prosecutor, had filed a notice of claim in 2016 and a subsequent lawsuit in February 2017 alleging he was fired for reporting the DA to an ethics committee over allegations that the office was withholding evidence in 2015. Budelmann denied the claim, stating that Domachowski was terminated for unethical conduct, and said the assistant prosecutor had been conspiring with defense attorneys. With the support of the Cayuga County Legislature, Budelmann joined with the county in filing a countersuit that accused Domachowski of libel and insurance fraud.

Now both cases have been settled, and Domachowski has issued a statement as part of the record disavowing his previous claims:

The attorney representing the county and Budelmann in the matter, Frank W. Miller, provided the statement to The Citizen on Thursday. Domachowski also stated that his ethics complaint with the Appellate Division, Fourth Department Grievance Committee was dismissed with no findings of wrongdoing.

In a press release, the DA's office said the retraction makes it clear that Domachowski's claims had no merit.

“I would like to thank the Cayuga County Legislature for standing behind me and helping me clear my name," Budelmann said in the press release. "I would also like to thank my friends, family, supporters, and attorney Frank W. Miller, who had faith in me, saw through these allegations, and supported me throughout.”

The two sides agreed to the settlement during a court proceeding in August before state Supreme Court Judge William K. Taylor.

"I will commend the parties in their willingness to resolve this matter," the judge said, according a court transcript. "I don't think this has been an easy situation for anyone involved in this matter, and my sincere hope is that this resolution that you have come to provides all of you with a sense of closure."

Robert Lahm, the attorney who represented Domachowski, could not be reached for comment Thursday.

Cayuga County and District Attorney Jon Budelmann have filed a counterclaim against a former employee from the DA's office.