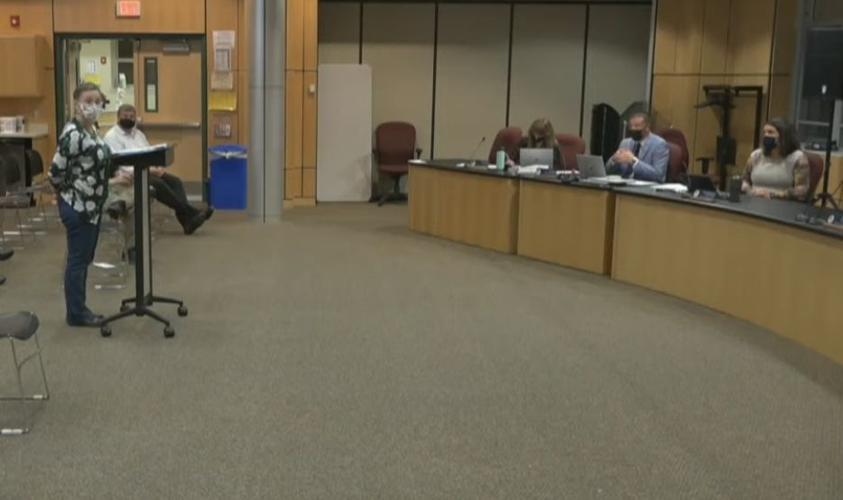 In this screenshot from the Skaneateles Central School District Board of Education's video of Tuesday's meeting, Holly Burroughs speaks during the first public comments section of the meeting. 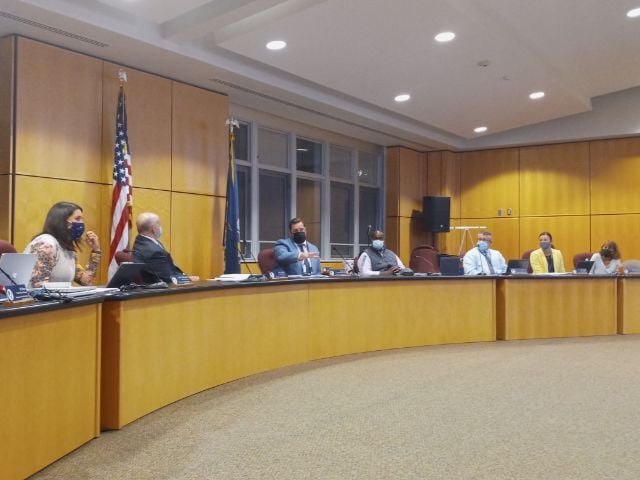 SKANEATELES — The Skaneateles Central School District Board of Education approved the firing of a teaching assistant who told the board she's planning to file a religious discrimination lawsuit.

The agenda for Tuesday night's school board meeting included a resolution to terminate the employment of Holly Burroughs for "abandonment" of her position. All present board members unanimously approved the resolution without discussion.

Before the decision, Burroughs addressed the board during the first public comments portion of the meeting. She said she would never abandon her students.

"They are the reason I am here to do my job. It's not for the money. I'm dedicated to making sure that the students get their accommodations and the support that they need," she said.

Burroughs said she learned about her impending termination and the reason for it through the agenda on the district's website.

"This was a shock to me and a defamation of my character," she said. "I guess I was naive to think that the district would provide me with this information prior to that moment. And more importantly, I was told that I would not be permitted to work. So therefore, how could you consider that I abandoned my position?"

She noted she has a communication from Skaneateles Superintendent Eric Knuth saying she wouldn't be permitted to work, and added that her building principal told her to gather her things and he helped her carry them out.

"I'm deeply saddened and dismayed that the district will not honor any religious accommodations that I or anyone else files," Burroughs said.

She added she sent in religious exemptions and accommodations to the district twice.

"This ideology," she said, goes against the First Amendment of the U.S. constitution and violates the U.S. Civil Rights Act of 1964, which she said protect employees from religious discrimination.

She concluded by saying that she has retained a attorney "who is in the process of filing a lawsuit against the district and Onondaga County."

As she spoke, Burroughs did not specify what she was seeking a religious exemption for, but school districts in New York have been ordered by the state Department of Health to require all employees either be vaccinated against COVID-19 or submit to weekly testing.

Districts that fail to enforce the regulation could be subject to fines of $1,000 per day in which it has employees in violation.

The state's vaccination-related mandates have faced numerous challenges in recent weeks, including lawsuits from plaintiffs claiming they should be exempted for religious beliefs.

Watch Now: Netflix and movie theaters might be teaming up

Watch Now: Netflix and movie theaters might be teaming up

In this screenshot from the Skaneateles Central School District Board of Education's video of Tuesday's meeting, Holly Burroughs speaks during the first public comments section of the meeting.