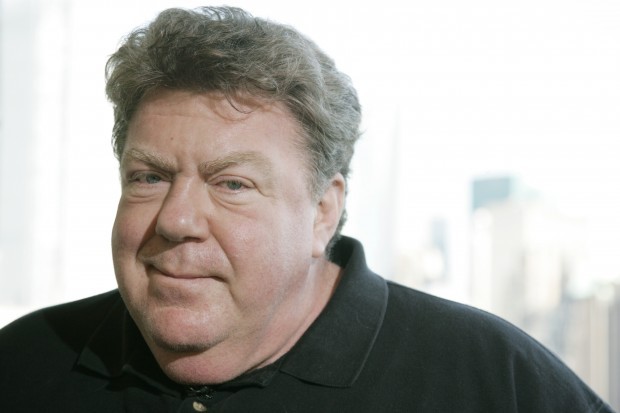 Actor George Wendt will star as Pap in "Hank Williams: Lost Highway," opening Sept. 18 at the Merry-Go-Round Playhouse in Owasco. 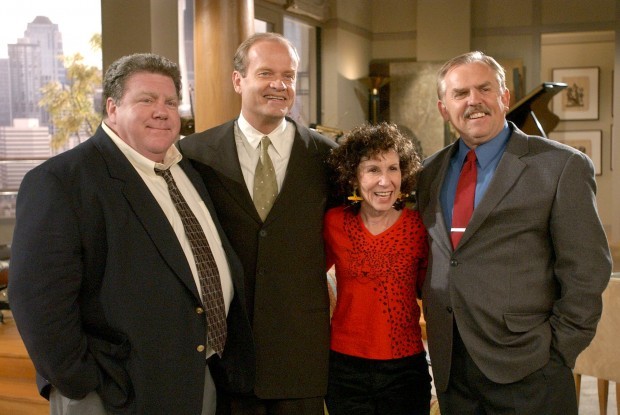 Actor George Wendt, a Broadway veteran and a six-time Emmy nominee for his role as Norm Peterson in "Cheers," will star as Pap in the Finger Lakes Musical Theatre Festival's production of "Hank Williams: Lost Highway," opening Sept. 18 at the Merry-Go-Round Playhouse.

"We saw an opportunity to look for a strong actor that our audience would know, and help us to publicize the show, which isn't as well-known," Sayles said over the phone Wednesday morning.

"It was straightforward from there. Everyone agreed George was the pick," Smock said. "I went out to (Los Angeles) and contracted him. He's excited to come, he's done his research and it'll be terrific."

I had the chance to speak to Wendt about his role, Hank Williams' music and Wendt's first trip to the Finger Lakes area:

Q. So when Brett went to Los Angeles to meet you and pitch this project, what appealed to you about the role?

A. I love doing theater, and this looked like a really cool project. I also love music. Country music can be amazing. I think it was Duke Ellington who said, "There's only two kinds of music: good and bad." So I wasn't even all that familiar with Hank Williams. I knew about Jr. and Hank III, but Hank Williams, after doing some research — he's truly amazing. Also, I like hanging out with musicians, and the whole cast is going to be musicians. It's going to be quite a concert every night. Of course, the tragic turn that Hank's life took — it should be a beautiful piece, and I've heard great things about the director. I've never been to the area; it sounds like a beautiful area.

Q. Tell me a little more about your character, Pap. What kind of relationship did he have with Hank Williams?

A. He's a real guy, Fred Rose, nicknamed Pap — and he's in the Songwriters Hall of Fame himself. He wrote some very cool tunes, and he was born in Evansville, Ind., but said he was from Chicago, where he spent his adolescence and teenage years. He played in bars in Chicago and thought he'd head to New York, took a wrong turn in Ohio, and wound up in Nashville. He fell in with Roy Acuff and set up the first run of the Acuff-Rose Music publishing company. Everything before then was ASCAP or BMI. Roy Acuff was and remained an on-stage-type guy despite the success of publishing, and apparently, I don't know much about it, but Acuff-Rose is still kind of a giant in Nashville circles. Through Hank's wife Audrey, (Pap) met Hank and he saw the potential, and more or less nurtured Hank's career, which in large part had to do with getting him on The Grand Ole Opry. Once that happened, he was off and running. Like most artist management, when artists are troubled, they tried to help. There were limited resources back in the day. Rehab wasn't as ubiquitous as it is now. Hank was in a lot of pain. He had serious congenital back issues and he couldn't deal with it, so he drank and used painkillers, and that's what happened.

Q. So have you been listening to a lot of Hank Williams' music, to prepare for and get in the spirit of the show?

A. Oh, I don't sing in the show. I'm going to see if I can work the director to weasel my way into a couple numbers (laughs). This is one where the actors play everything. I'm not a player or a proper singer, but I've done my share of musicals, so I can be coached up.

Q. But you've been listening to a lot of his music?

A. I've been listening to a lot of Hank Williams, and Fred Rose's songs — you can find them on YouTube — and it'd be great to interview his son Wesley. He took over Acuff-Rose Music and really made it even more powerful than during Pap's lifetime. But he's passed away as well, and they sold the catalog to Gaylord Entertainment, which is a big player down there, with the Opryland hotel (Gaylord Opryland Resort & Convention Center) and those sorts of things. Like a lot of our economy, there's been vertical integration where mom-and-pops have sold up to multinational corporations and things, but what we can do is listen to Hank and listen to Fred Rose. I do have a couple of Nashville-type friends — one's a talent agent and the other's a musician/singer-songwriter — and I'm going to chat with them before too long and see if they can shed any insight on Fred Rose.

A. Yeah, it's interesting. (Williams) was like Elvis, one of the first big stars. It's interesting also, you hear some of the songs and I never knew they were Hank Williams, like that Creedence (Clearwater Revival), or maybe it was John Fogerty, that hit — "Me oh my oh ... gonna have big fun on the bayou." Then if you hear "Move it on Over," it's "Rock Around the Clock."

Q. They're the kind of songs you hear and say, "So that's where that came from!"

A. If they're not Hank fans, they're going to be surprised at some of the songs that Hank was responsible for that are part of everyday life.

Q. So you haven't been to the Finger Lakes area before?

A. I visited a college friend up in Oswego, and we had a little camping trip in the Adirondacks near Saranac Lake, but that was in the early '70s. So I figured it sounds like fun. I got a pal in Rochester and I'm really looking forward to visiting the area. I want to see the Erie Canal.

Q. Was the Finger Lakes Musical Theatre Festival on your radar before you agreed to do the show?

A. Honestly it wasn't, but since then I've heard wonderful things. I really look forward to working with Hans Friedrich — he comes very well-regarded, and I'm sure he's going to be the man to fill in the blanks, as far as I'm concerned. And it's going to be great fun being on board for a concert every night. I get to enjoy it like the rest of the folks.

AUBURN | Peter Oyloe calls the role of Hank Williams a gift that keeps on giving.

The Citizen's top five arts and entertainment stories of the year

Unlike 2012, this year didn't see one of Auburn's most famous residents occupy a key supporting role in a Steven Spielberg film.

Actor George Wendt will star as Pap in "Hank Williams: Lost Highway," opening Sept. 18 at the Merry-Go-Round Playhouse in Owasco.