US virus numbers drop, but race against new strains heats up; Biden pushes for 1.5M shots per day

Dana Balter and John Katko, on the issues: Climate change
Share this
{{featured_button_text}}
1 of 2 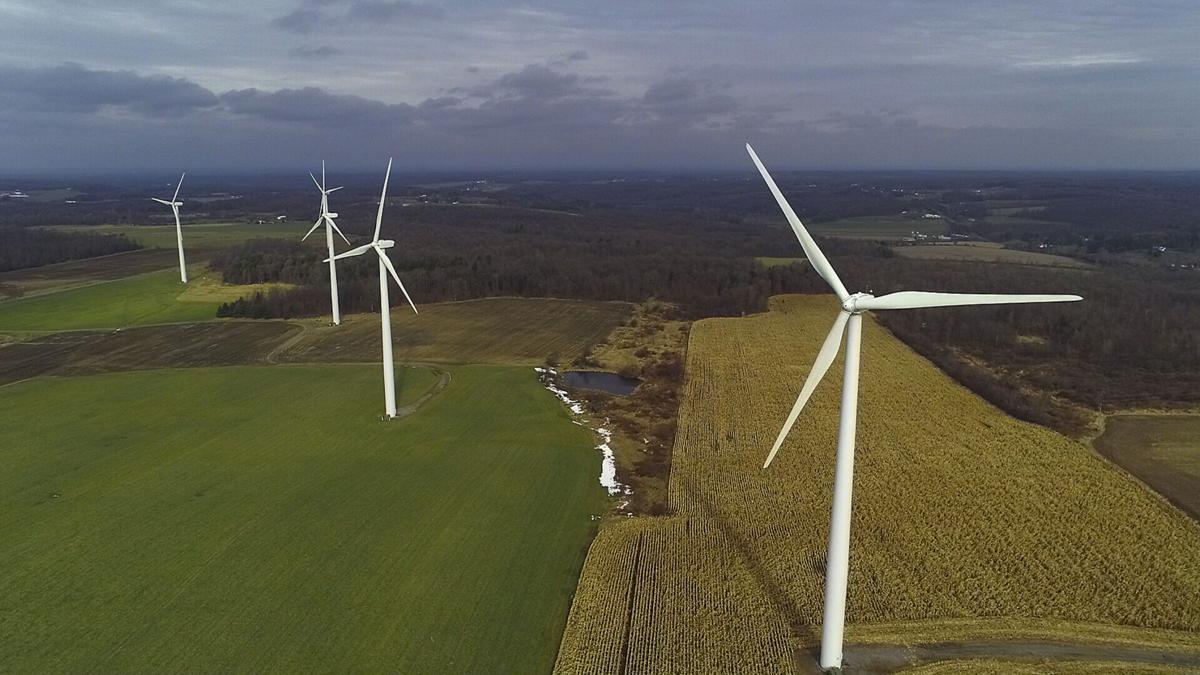 As is the case with other issues, there are significant differences on the subject of climate change between the candidates in the 24th Congressional District race.

In interviews with The Citizen, U.S. Rep. John Katko, a Republican, and Democratic challenger Dana Balter shared their thoughts on how to combat the climate crisis.

To combat climate change, Balter supports building renewable energy capacity and modernizing the power grid as part of an infrastructure plan. The federal government would play a role in those initiatives by providing incentives for new companies to start and tax incentives for businesses and homeowners to adopt renewable energy.

She also thinks that improving energy efficiency is important. One example she provided is installing energy-efficient windows in buildings with older windows that could increase energy usage.

One part of Balter's plan to address climate change is sustainable agricultural practices. The federal government could help small- and medium-sized farms adopt the standards, she said.

Another focus is on the use of chemicals in everyday life.

"One of the contributing factors to the harmful algal blooms that we have in our beautiful lakes here is chemicals, so we got to address that," Balter said.

A significant difference between Balter and Katko is their stances on the Paris Agreement, a commitment from countries around the world to lower greenhouse gas emissions and to minimize the increase in the global temperature.

The U.S. joined the agreement under President Barack Obama's administration, but President Donald Trump announced that he intends to withdraw from the pact.

Balter thinks the U.S. needs to recommit to the Paris Agreement.

"We had established ourselves as global leaders in the effort to combat the climate crisis, which is a global crisis," she said. "And Donald Trump's pulling out of that accord and John Katko's support of that is so backward."

She also criticized other actions by the Trump administration to roll back environmental protections. She wants to see those restored if Joe Biden is elected president.

Before addressing any specific policy proposals, Katko thinks the first step is to acknowledge that climate change is real.

"I do, and I have consistently since I've been in Congress," he said. He highlighted his support of a House resolution that recognizes the role of humans in climate change. Other Republicans, including U.S. Rep. Elise Stefanik, signed on to support that measure.

Katko supports the goal of a global reduction of carbon footprints, he said. But he opposes the "disastrous" Paris Agreement. When Trump announced his intent to withdraw the U.S. from the accord, the congressman supported the decision.

"What it does is it unfairly puts pressure on companies in developed countries like the U.S.," Katko said. He also noted he doesn't think countries are complying with the agreement. Last year, there were reports that China, which joined the Paris Agreement, was building new coal-fired power plants.

The Paris Agreement, Katko added, was a bad idea.

"If you get a globally-enforced level playing field for everybody, I'm all in," he said. "But I don't think you should unilaterally disarm."

Outside of the Paris Agreement, Katko noted that he's supported efforts to boost research and development for renewable energy and voted to bolster the Brownfields program, which redevelops contaminated sites. He's also been an advocate for nuclear energy. He played a role in saving the James A. Fitzpatrick Nuclear Power Plant in Oswego County.

"Nuclear energy is clearly a bridge to the point where renewables can stand on their own two feet," he said.

He criticized the Green New Deal, which is a House resolution that commits to addressing climate change with a shift to renewable energy and support for the green economy. But Katko says the series of proposals would have a devastating effect on the economy.

"I think we need to have an all-of-the-above approach basically emphasizing green-friendly things as best we can," he said. "But also recognizing that they can't stand on their own two feet and we can't destroy our economy in the process."

John Katko and Dana Balter, on the issues: Immigration

Over the years, there have been several failed attempts at immigration reform. Either both parties can't reach an agreement or the party in po…