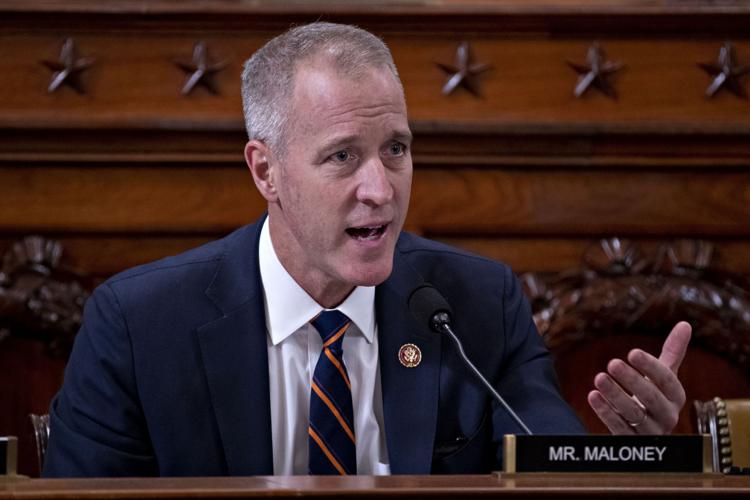 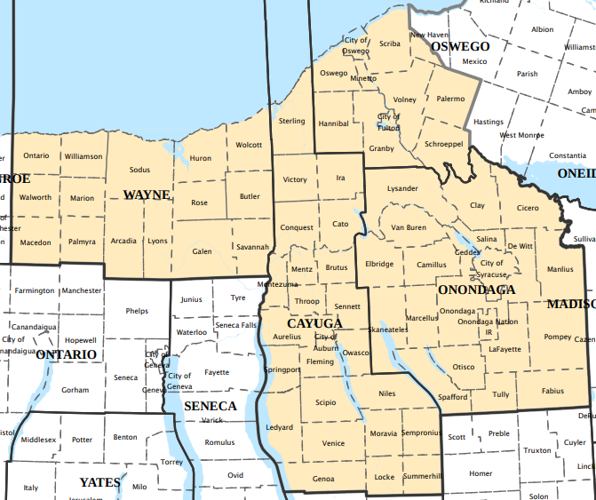 A submission from "Sean Patrick" to the New York Independent Redistricting Commission offers a glimpse at how the Democratic-controlled state Legislature could redraw congressional district maps, including the existing 24th district in central New York.

"Sean Patrick" isn't an ordinary New Yorker. He is U.S. Rep. Sean Patrick Maloney, a Democrat who represents the 18th Congressional District. In addition, he is the chair of the Democratic Congressional Campaign Committee, the House Democrats' political arm.

Maloney and House Democrats have a lot of interest in New York's redistricting because it could affect the race for the majority later this year. Democrats have a slim majority in the House and Republicans are hoping to win enough seats to regain control of the chamber.

In Maloney's submission to the commission, he details his vision for how the 24th district, which includes western Oswego County and all of Cayuga, Onondaga and Wayne counties.

Maloney's proposal would result in a district that stretches west to include part of Monroe County and Livingston County. The northernmost part of the district would be comprised of Wayne and Oswego counties. It would stretch south to Onondaga County and cover much of the Finger Lakes, including the cities of Auburn, Canandaigua and Geneva.

While that district would contain areas where Republicans have an enrollment advantage, it would put Democrats in a much better position to compete in congressional elections and win the seat.

Maloney's submission differs from what was proposed by Democrats on the redistricting commission. The Democratic plan would put some of the same areas in a congressional district, but Syracuse and most of Onondaga County would be in a different district. That district would stretch east to Utica and south to Ithaca, creating a Democratic-friendly district.

Now that the Democratic-controlled state Legislature is taking over the redistricting process, it's expected that there will be more Democratic-friendly districts and Republicans will have a small number of districts. Democrats have their sights set on central New York, where the party's nominees have lost four elections to retiring U.S. Rep. John Katko.

But as Maloney's plan and the Democratic redistricting commissioners showed, there isn't a consensus on how central New York's district should be configured. Some plans would separate Auburn and at least a portion of Cayuga County from the Syracuse-area district. It's believed that Democrats want to add Ithaca to any Syracuse-area district because that would strengthen their enrollment advantage. They would also remove some of the more GOP-dominated areas, such as Wayne County, from the district.

State legislative leaders haven't announced when the new maps will be released. The Legislature will vote on the redistricting plan next week.

Our view: Reps must fight for Cayuga County in redistricting

Now that the independent redistricting commission has failed to deliver a set of proposed maps for state Legislature and U.S. Congress distric…

Russian soldier pleads guilty to war crime in Ukraine: 'I apologize for everything I've done'

Some states prep for more patients if Roe falls

Some states prep for more patients if Roe falls

Watch Now: Las Vegas is back

Watch Now: Las Vegas is back