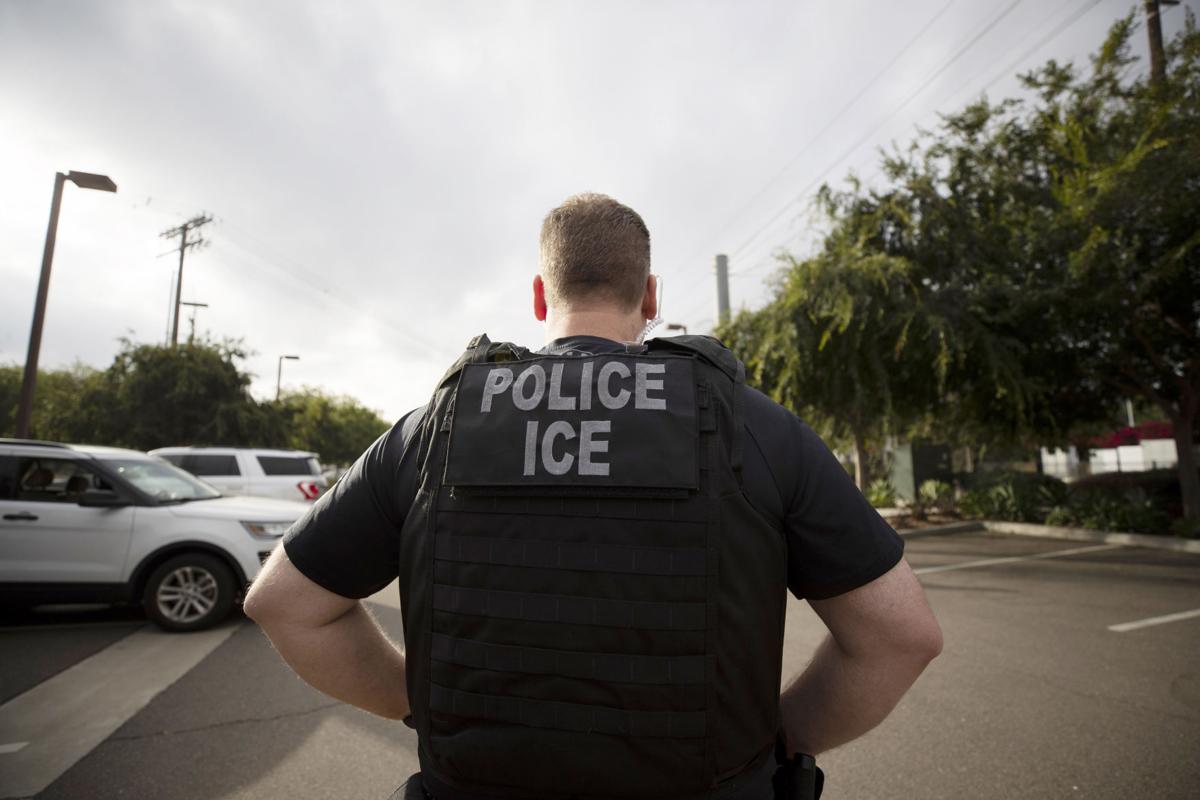 In this July 8, 2019, file photo, a U.S. Immigration and Customs Enforcement (ICE) officer looks on during an operation in Escondido, Calif.

Over the years, there have been several failed attempts at immigration reform. Either both parties can't reach an agreement or the party in power, as was the case with Republicans in 2018, are unable to develop a plan that wins the support of a majority of members.

In interviews with The Citizen, Republican U.S. Rep. John Katko and Democratic challenger Dana Balter shared their stances on immigration and what they would like to see in a reform package.

Katko, R-Camillus, knows how frustrating it can be to work on an immigration reform bill only to have it fail to win support in Congress. He played a role in drafting a proposal that would address immigration and border security. But it was rejected by members of his own party and President Donald Trump didn't support it until it was too late.

As a member of the House Homeland Security Committee, Katko said any immigration reform proposal should begin with ensuring the southern border with Mexico is secure. It should also recognize, he said, that the current immigration system doesn't work.

On border security, he supports providing $25 billion over five years to protect the border, increase the number of Border Patrol agents and add more administrative judges who can process immigration cases.

That piece is important for Republicans. In an attempt to attract Democratic support, Katko wants to provide legal status to individuals in the Deferred Action for Childhood Arrivals program. The program was created under the Obama administration to provide protection to individuals who were brought into the country illegally as children.

President Donald Trump wants to end the DACA program, which would remove the protections for these individuals. That means they could face deportation without the program in place, even though they were raised and are working in the U.S.

Under Katko's proposal, DACA recipients would be given legal status and they would be required to pay a fee — he mentioned $5,000 as a possible amount. That funding would go toward border security, he said.

There would be a pathway to citizenship for DACA recipients, but Katko said it's contingent on the money being spent to secure the border.

He also supports improvements to the visa programs. He says he's had conversations with farmers in the 24th Congressional District who are struggling to find workers, especially on apple and dairy farmers. He wants to expand the number of temporary work visas that are available to address the workforce needs of employers.

Katko has been critical of the Trump administration's policies directed at refugees. He thinks the U.S. has an effective vetting process in place for refugees, but that the number of refugee admissions should increase.

"We're a nation of refugees," he said.

For Balter, D-Syracuse, immigration reform is more than a political issue. It's personal.

The Trump administration's asylum policies, she said, have been upsetting because of her family history. Her grandparents were Holocaust refugees who fled Europe and settled in the U.S. She acknowledged that if they attempted to leave Europe for the U.S. at an earlier point, they would've been denied entry.

"We talk about being a land of freedom and opportunity," Balter said. "We have the Statue of Liberty there at the entrance to the country. That means something. We need to have a healthy, functioning asylum system so that people who are fleeing persecution, when they come here, have a system that works that they can go through."

Like Katko, she supports having more judges and caseworkers who can handle asylum and immigration-related matters. She also wants to lift the caps that Trump has placed on refugee admissions.

"I live in Syracuse, a refugee resettlement city," she said. "Our community is so rich and beautiful and diverse because we have people from all across the world here and they come here to find safety and opportunity. They start businesses and they open restaurants and they are integral parts of our community that make our lives better and richer and make our country stronger."

Balter's immigration reform proposal includes the DREAM Act, which would extend protections to DACA recipients and provide a pathway to legal status. That would address the uncertainty surrounding the DACA program.

She also supports reforming the visa system, which she says isn't working.

"All you have to do is talk to a farmer in Wayne County to hear about it," Balter said. "We gotta fix the visa system so that it works for both people coming here seeking employment and for people here who are hiring employees. There is no reason we can't do that. We just haven't had the commitment. We need to."

Overall, Balter believes there are a lot of problems with the immigration system and it's going to take a lot of work to fix it.

"We can and should have an immigration system that works hard for our country, that helps boost our economy, that exemplifies American values that treats people humanely and gives us the administrative control over our borders that we need," she said.

Dana Balter and John Katko, on the issues: Climate change

As is the case with other issues, there are significant differences on the subject of climate change between the candidates in the 24th Congre…

In this July 8, 2019, file photo, a U.S. Immigration and Customs Enforcement (ICE) officer looks on during an operation in Escondido, Calif.